JAMIE BYNOE-GITTENS has followed in the footsteps of Jadon Sancho by ditching Manchester City to join Borussia Dortmund.

Just like in 2017 when they lured Sancho to Germany, BVB have snapped up another rising talent from the Citizens academy. 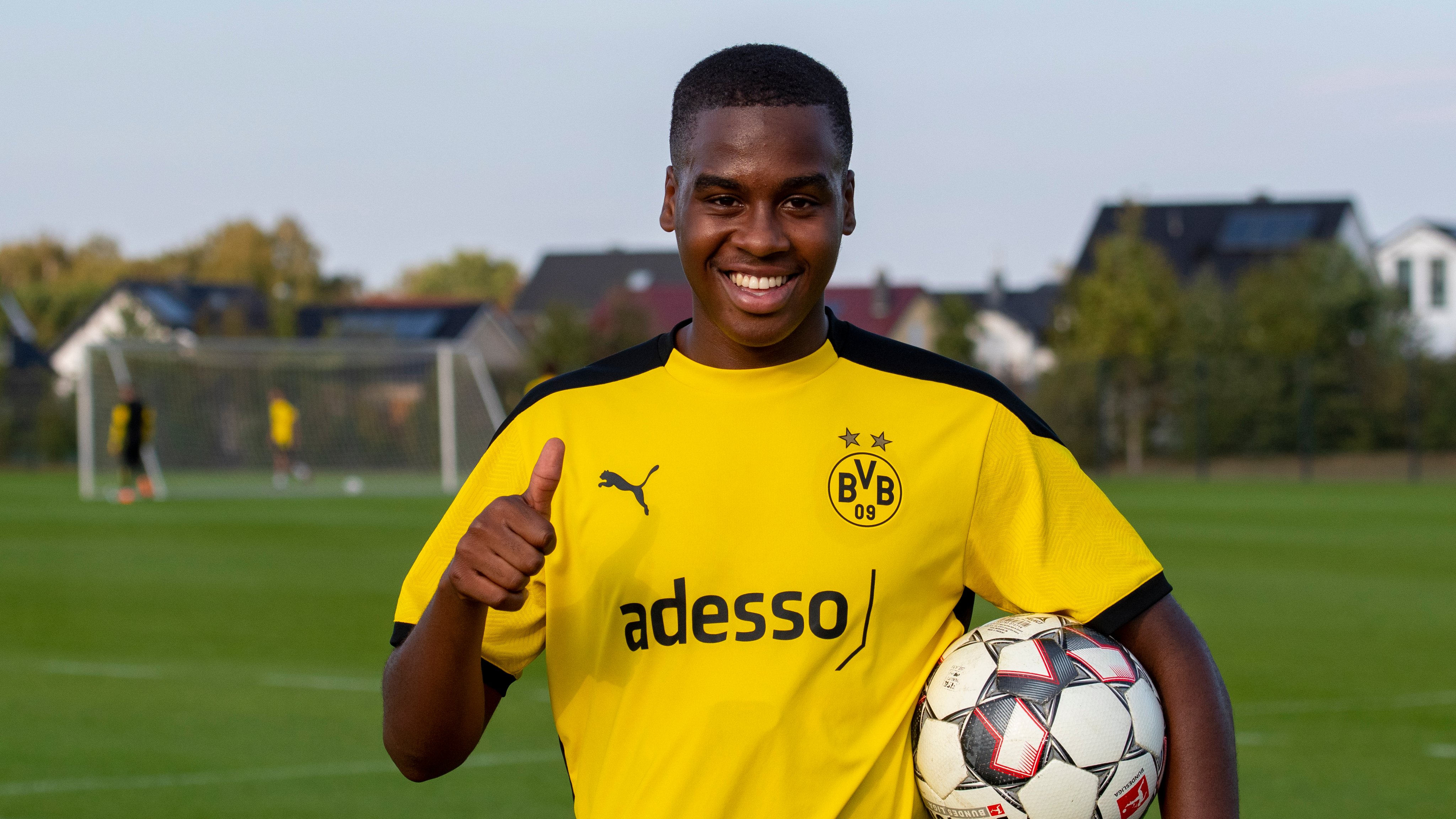 SunSport reported last month how the Bundesliga giants were close to securing the 16-year-old winger's services.

And now Dortmund have confirmed his arrival, with Bynoe-Gittens penning a long-term contract at the club.

Commenting on the signing, Dortmund sporting director Michael Zorc said: "Jamie Bynoe-Gittens is now with us and we are pleased that he has joined our youth department.

"He will initially play with the U19’s. Our scouting department did an excellent job!

"He is a highly talented offensive player, but he should develop patiently with us in the junior division.

"We don't want expectations to be too high right from the start."

Bynoe-Gittens – dubbed the 'next Jadon Sancho' – is said to have turned down a deal from City in order to join Dortmund.

Speaking of why he decided to make the move, he said: "I'm going to try and make a name for myself.

"When Sancho was at City, he was doing bits in the 18s, scoring every game, so in a way, I want to be like him.

"You’ve got to take stuff from other people to make the best version of yourself. You’ve now got to score and assist to be the best."

Bynoe-Gittens is the third Englishman on Dortmund's books following the signing of Jude Bellingham from Birmingham.