EDEN HAZARD has paid tribute to his time at Chelsea with the design of his new Nike boots.

Featuring in the Mercurial By You range, the winger implemented a couple of personal touches to his version. 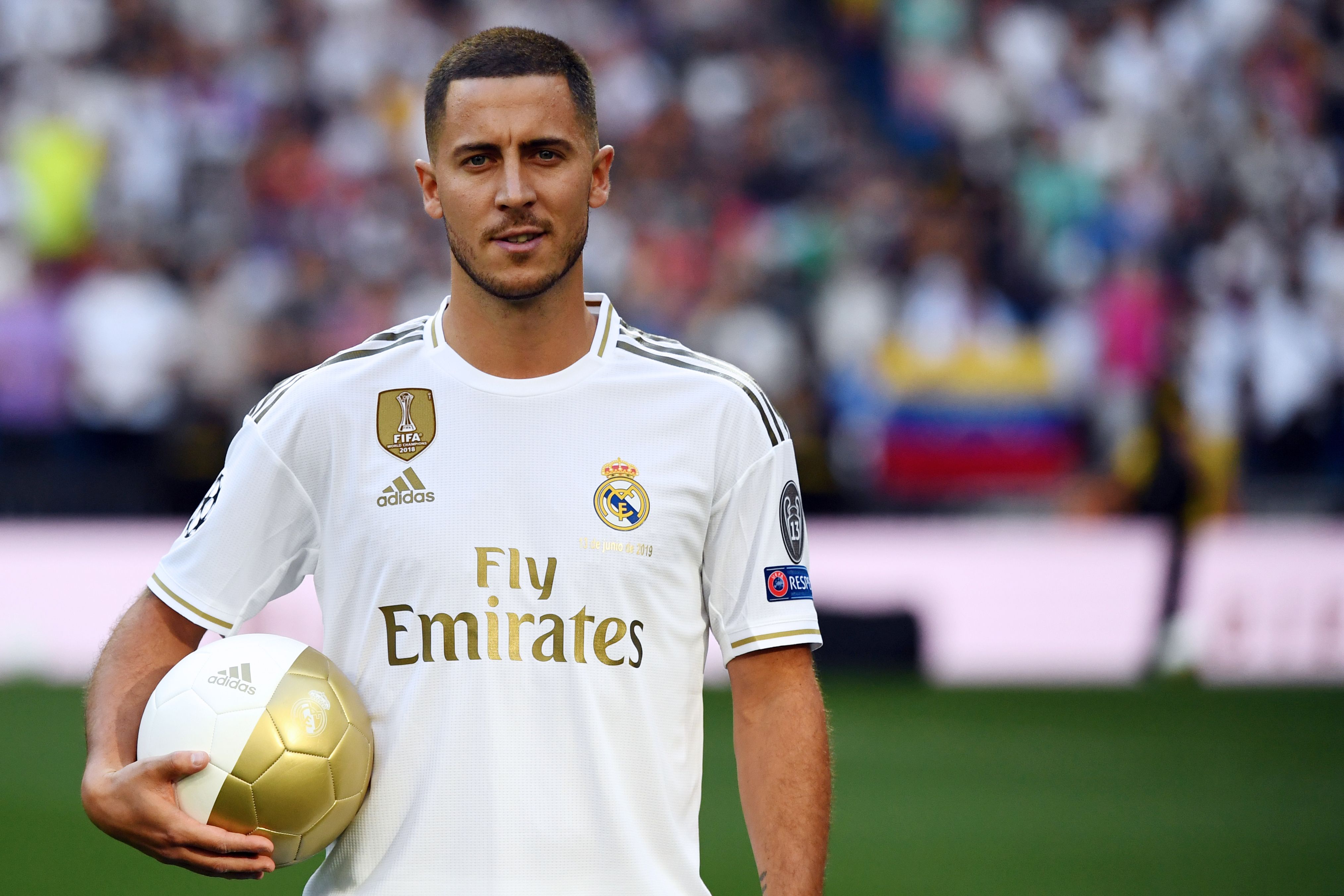 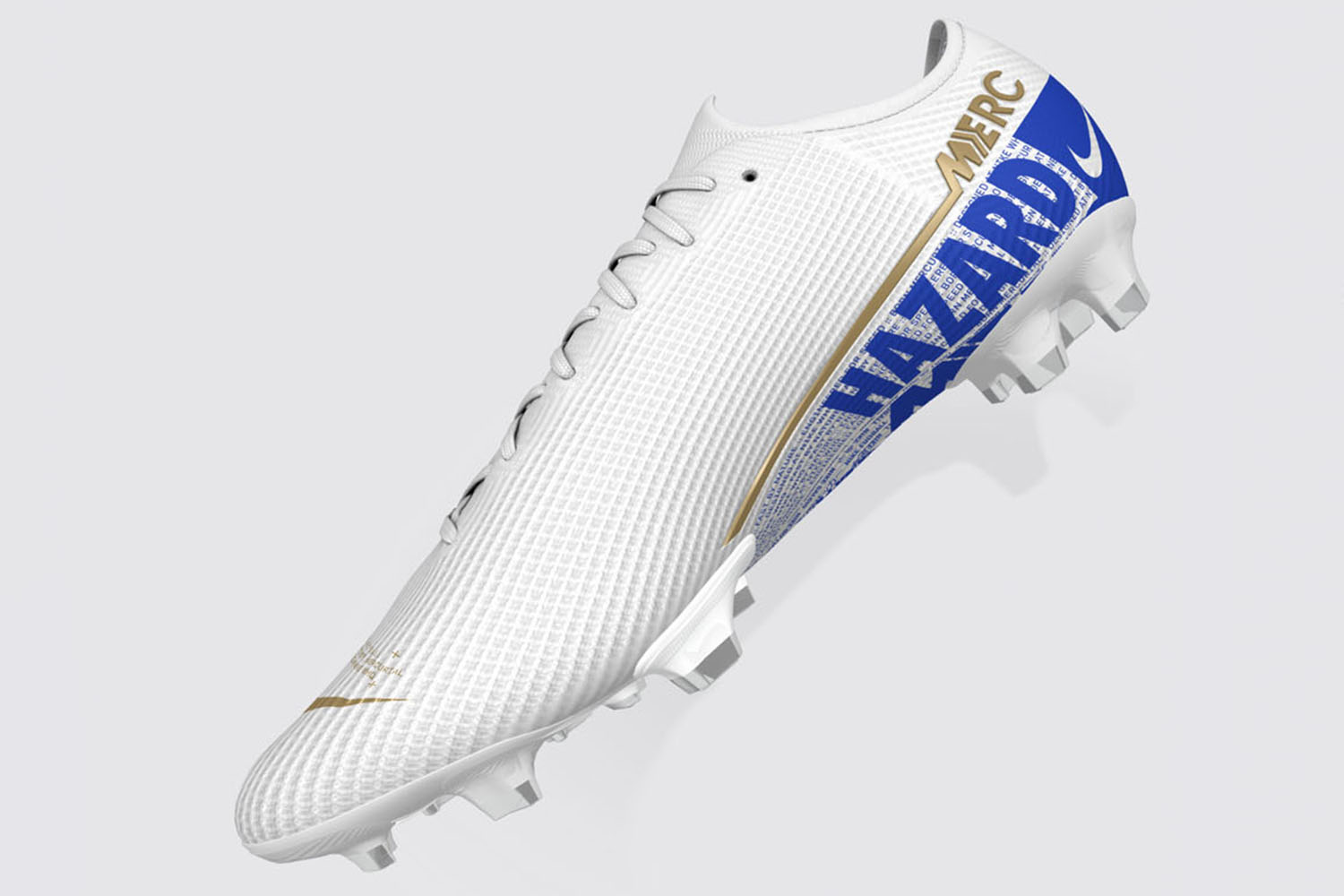 The white Vapor360 boot with white laces contains a golden Nike swoosh to mimic the colours of his new club, Real Madrid.

But Chelsea fans will love the heel, which features a blue design.

Nike say the "Racer blue accents honour his former club" with the player's name among the Mercurial slogans – "fast by nature" and "engineered for speed".

Hazard played at Stamford Bridge for seven seasons before leaving for Madrid this summer in a £150million deal.

In that time he won two Premier League titles, two Europa Leagues and an FA Cup. 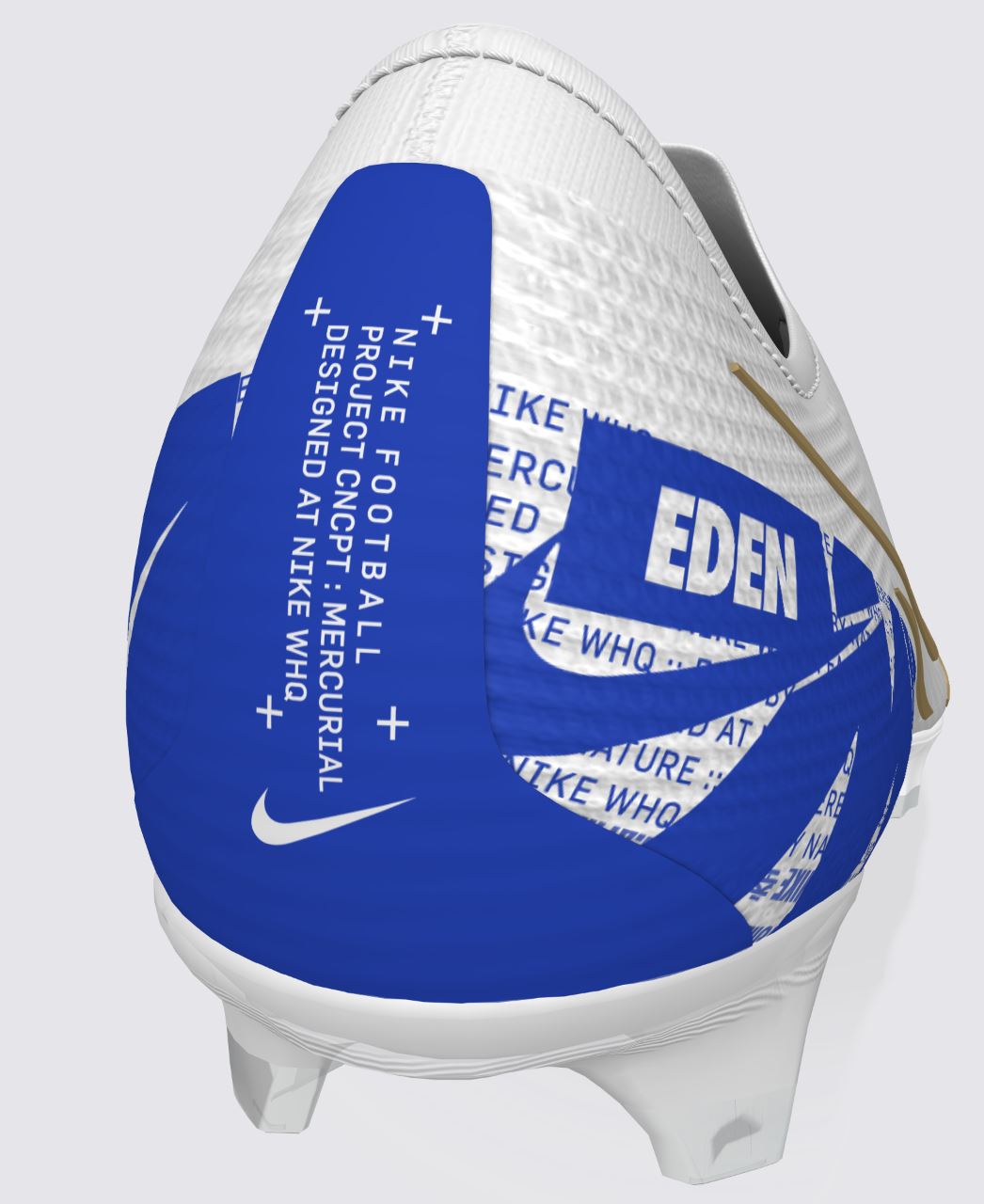 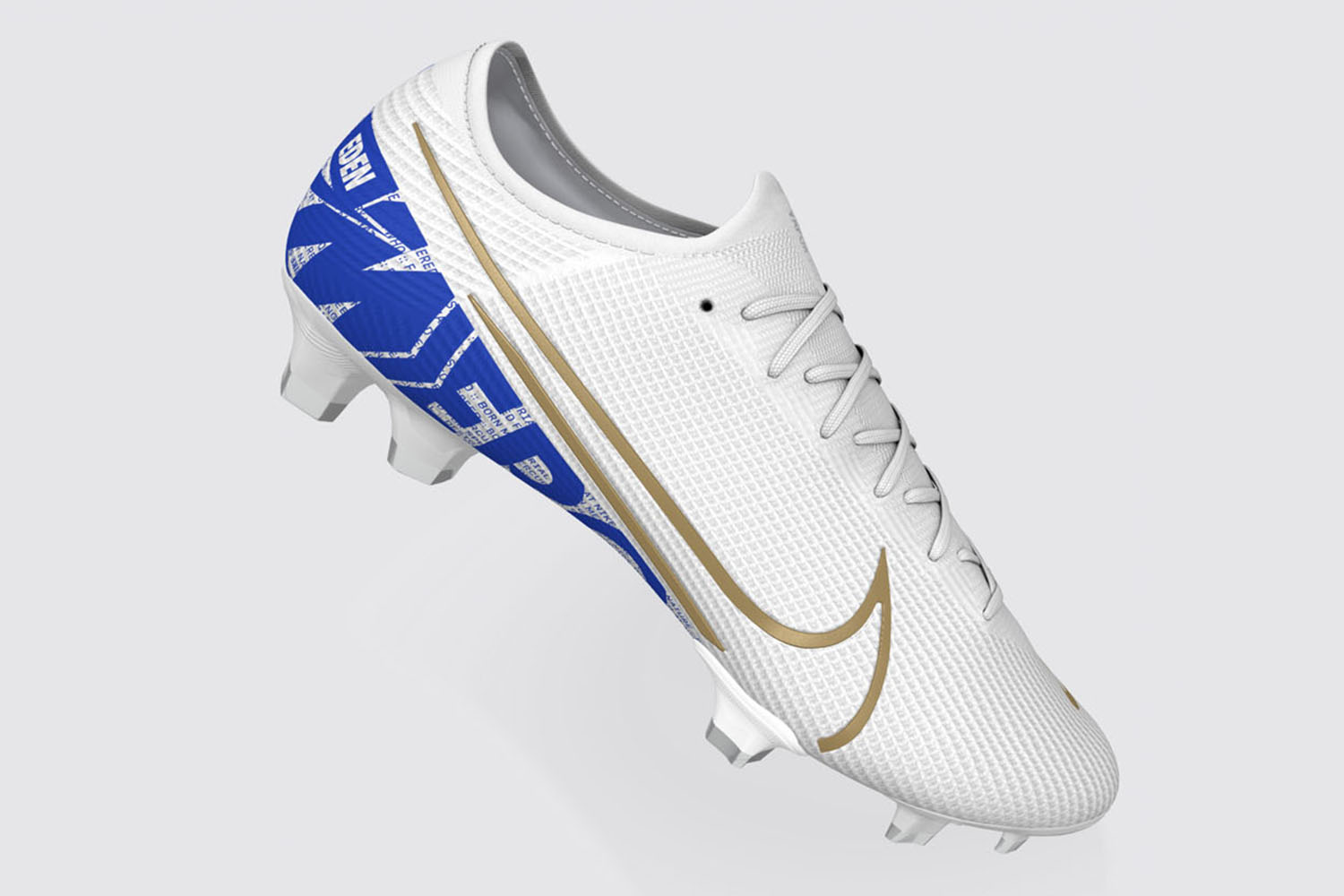