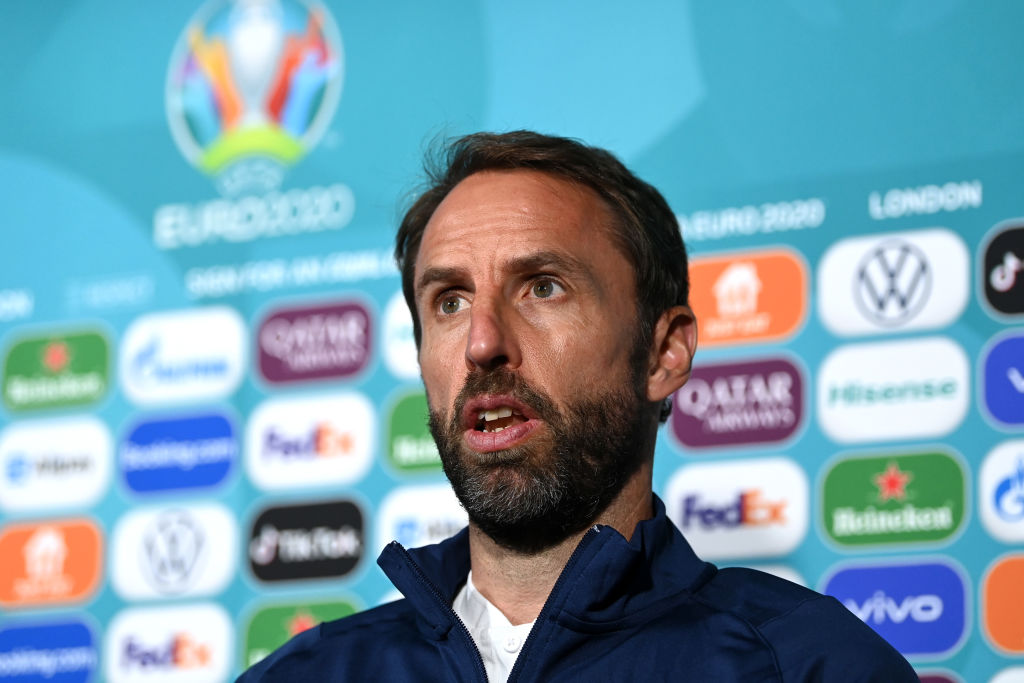 A major international tournament might be the one place in football where no one looks forward to a derby. A meeting with hated local rivals may be the highlight of the domestic season for many fans but when old rivals England and Scotland walk out at Wembley tonight they would probably rather have anyone else in the tunnel alongside them.

For England, a local dispute against the Scots, Wales, Northern Ireland or even the Republic of Ireland is the classic case of nothing to gain, everything to lose.

Gareth Southgate’s men are ranked fourth in the world, 40 places above Steve Clarke’s Scotland. In club terms, it is Champions League hopefuls at home to Championship relegation fodder but recast those teams as local rivals meeting in the FA Cup and you would find fewer people willing to confidently predict the result.

Sure, England should win, but they would feel much more confident about that if they were playing Norway — ranked 42 in the Fifa standings, or 43rd-place Romania.

In the blue corner, Scotland have been longing for a return to tournament football for 23 years, dreaming of Brazil and France, Argentina and Germany.

Instead, they return to relevance with a home nations dust-up against club-mates and rivals many of them see week-in, week-out in the Premier League. Worse still, they don’t even need a passport to get there.

For England, it is a second Euros in a row with a group game against the neighbours. In 2016 it was Wales in Lens, the rest of Europe looking on in grim fascination as bruising, no-nonsense, domestic hostilities were transplanted to a no-frills mining town bearing more resemblance to south Wales or northern England than any other corner of France.

England won the battle but Wales won the war, making a fairytale run to the semi-finals while England lost to Iceland in the last 16 and punished themselves by naming Sam Allardyce as their next manager.

Twenty-five years earlier it, as it is this evening, it was England-Scotland at Wembley in the second group game of the European Championship. For all the halycon, Britpop-infused memories of that glorious summer it can be forgotten Terry Venables’ team went into the game under a cloud, their preparation mired in a boozy controversy that an unconvincing draw with Switzerland in the tournament’s opening encounter had failed to shake off.

The vibe is different this time, last Sunday’s promising win over Croatia ensuring the hosts go into the match loose and without fear of the consequences of defeat — the benevolent format meaning a loss tonight followed by a win over the Czech Republic next Tuesday would still almost certainly ensure qualification for the next phase.

But there are consequences of defeat and they will be felt. England have never been allowed to forget losing to Ireland at Euro 88 and Scotland, desperate for points after the disappointment of defeat to the Czech Republic in Glasgow on Monday, would dearly love to land a similarly historic blow.

It probably isn’t only Luka Modric who hears ‘Football’s Coming Home’ and sees dressing-room wall motivational material, however contrived the outrage. England might only be co-hosts of this tournament but Wembley will stage the semi-finals and final and Scotland would love to play their part in stopping the Three Lions being there, or at the very least, leave the national stadium with a nasty mess to clear up.

It would not be the first time. The image of euphoric Scots cavorting on the Wembley turf and sitting on the goalposts after beating England 2-1 at Wembley in June 1977 would be the front page of any Tartan Army scrapbook. The Scots won at Wembley again in 1981 while, most famously, a team boasting Denis Law and Billy Bremner claimed a tenuous world title after beating England 3-2 at Wembley in 1967, just nine months after Bobby Moore had lifted the World Cup on the same hallowed turf.

The current vintage from north of the border is not quite so strong but the likes of Kieran Tierney, Andy Robertson, John McGinn, Stuart Armstrong and Che Adams give it a distinctly Premier League feel — a throwback to the days when most of Scotland’s national team mixed it with the finest footballers England could offer on a weekly basis and Alan Hansen couldn’t get a game.

If Scotland have their best team in a generation you can also make the case that this is a humble England squad, with the likes of Kalvin Phillips, Tyrone Mings and even Marcus Rashford lacking the personality or inclination to adopt the kind of Golden Generation swagger which would have got up Scottish noses a decade ago.

Southgate’s side may be likeable, but that will not stop Scotland wanting to punch them in the mouth — metaphorically, of course.

It might be a derby no one would have chosen but it’s a derby all the same, meaning the usual rules don’t apply. And when the whistle blows today, nobody involved — on the pitch, in the stands or watching at home — would want to be anywhere else.

For more stories like this, check our sport page

How to get your Metro newspaper fix

Metro newspaper is still available for you to pick up every weekday morning or you can download our app for all your favourite news, features, puzzles… and the exclusive evening edition!