AIDY BOOTHROYD has revealed England have made their pitch to secure wonderkid Yunus Musah.

The Valencia midfielder, 17, made his first two senior appearances for the USA in this month’s clashes with Wales and Panama. 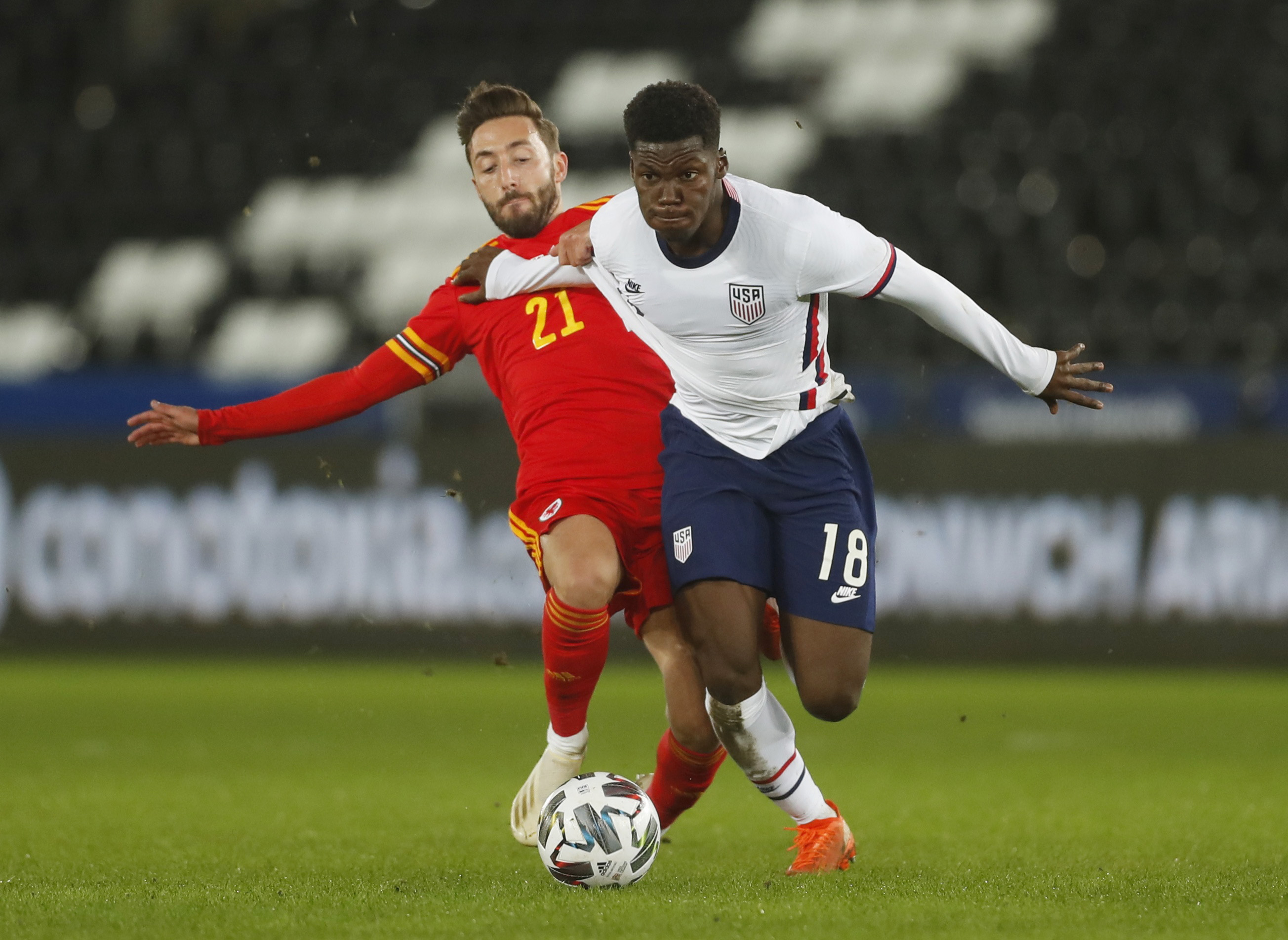 But both those fixtures were friendlies, meaning he could still turn out for the Three Lions whom he is also eligible for, along with Ghana and Italy.

England Under-21s boss Boothroyd said: “I spoke to Yunus’s father. I know a few coaches in the senior staff spoke to the family as well. We put our hat into the ring.

“We are keeping a close eye on things. This is the priority where we are at the minute.

“But he is a very good player and we have got to do our jobs and keep an eye on him.”

Musah is one of many youngsters with dual, triple or even quadruple nationality that could turn out for England.

He was born in New York to Ghanaian parents, grew up in Italy but is eligible for England having been in Arsenal’s academy from 2012 until last year, when he joined Valencia.

Boothroyd added: “There’s only so many players that can play, I am hopeful we will see him in the Under-21s at some point.

“I don’t know [if he has made his decision]. I hope he hasn’t because I think if he came here and saw what we are all about that he would really enjoy it.”

Musah is just one of a host of young players Arsenal have lost and missed out on millions for in recent years.

Serge Gnabry was allowed to leave for just £5m when he joined Werder Bremen but is now worth around £60m after helping Bayern Munich to Champions League success.

Jack Wilshere was tipped as the player with most potential to emerge through their academy but he eventually left on a free to West Ham after an injury-ravaged few years, although he is now a free agent.

Jeff Reine-Adelaide is another to come through the ranks at the Emirates, but left for Angers for just £1.5m in 2018.

His performances in France earned him a £20m move to Lyon a year later and he is currently starring on loan at Nice.