ENGLAND have climbed to fourth in the men's Fifa world rankings following a dominant finale to their World Cup qualifying run.

Gareth Southgate’s men smashed a total of 15 goals past minnows Albania and San Marino in the final round of internationals this year. 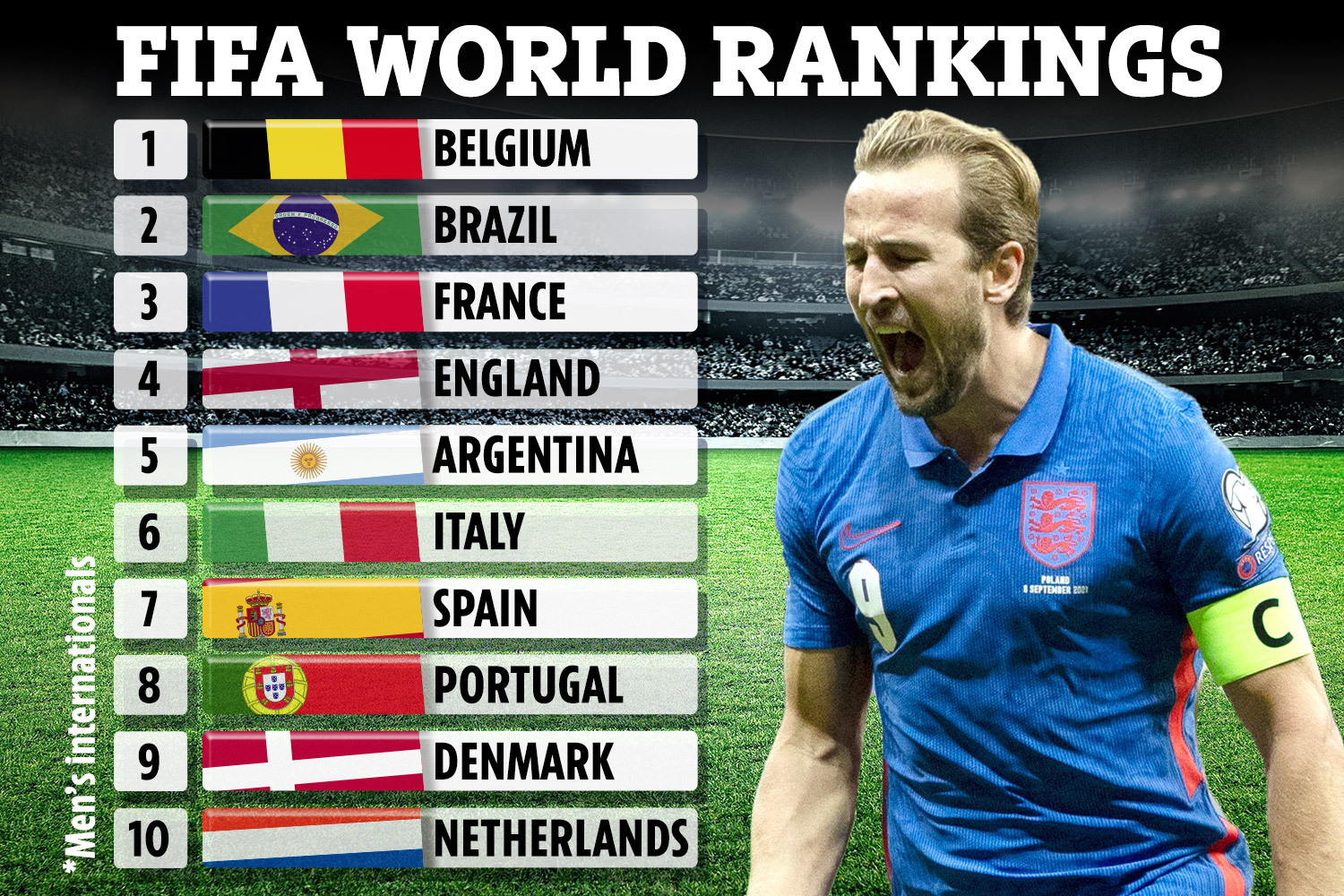 And the Three Lions have leapfrogged Italy in the rankings despite losing to them in the Euro 2020 final back in July.

The reigning European champions have fallen two spots down to sixth after failing to qualify automatically for next year’s World Cup.

They defeated England on penalties at Wembley this summer but have since slipped to draws with Switzerland and Northern Ireland.

Roberto Mancini’s side must now come through the play-offs to reach the Qatar showpiece.

European nations dominate the rankings with eight of the top 10 spots.

Brazil and Argentina are the only representatives from other continents, with the South American countries ranked second and fifth respectively.

In fact, the top three are unchanged with Belgium out in front and current world champions France in third.

Both have already qualified for Qatar and will no doubt contribute a hatful of players to the team of the tournament.

Rounding out the top 10 are surprise-package Denmark and a resurgent Netherlands.

The Danes made it to the last four at Euro 2020 before losing to England at a raucous Wembley.

And the Dutch are enjoying life under boss Louis van Gaal, recently halting Erling Haaland and his Norway team-mates’ in their bid to reach next year’s World Cup.