Home » Sport » England v Italy: how to pick a Euros final side for the neutrals

Alarm clocks across the country will buzz as one on Monday morning as bleary-eyed sport fans rise before dawn to watch the European Championship final live from Wembley.

England and Italy as finalists means that the allegiance of many Australians will already be spoken for: those nations, after all, account for two of our biggest migrant groups. 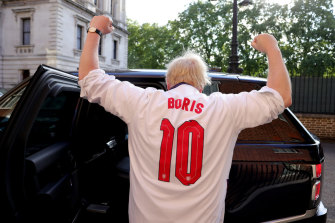 British PM Boris Johnson backs England at the Euros … after leading the effort to leave Europe.

But what about the unbiased observers? Unfortunately, the true neutral’s choice, Switzerland, lost on penalties in the quarter-finals.

So we cast our eye over the continent looking for a comfortable bandwagon upon which to rest our weary legs.

It’s a bit like picking a favourite in Eurovision before Australia was incomprehensibly allowed to join the song contest (which Italy won this year). And hang on, didn’t Britain vote to leave Europe?

Nevertheless, important choices such as this require logic and reason. Here’s an impartial guide on whether to encourage the Azzurri or toast the Three Lions at the Euros final. 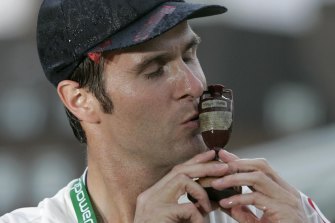 Perhaps this makes you angry enough to pick Italy.Credit:AP

The first consideration for many people weighing up this choice is Australia’s sporting history against either team. In the case of the mother country, the rivalry is long and passionate.

There’s the Ashes, stretching back to 1882, as well as both rugby codes, netball, darts, tennis, the Olympics (particularly cycling), the four-minute mile and just about any other activity where two countries compete.

A dislike for England based on the above may be enough to swing people into the corner of the Italians. However, there is one important caveat that needs considered: the penalty. 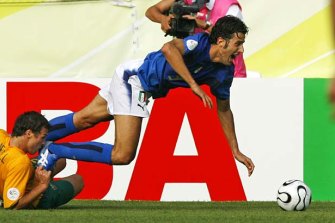 Or maybe this brings back bad memories.Credit:AP

At the World Cup in 2006, Australia’s progress was cruelly ended at the round of 16 by a controversial penalty awarded to Italian defender Fabio Grosso in the 95th minute. Many Socceroos fans still swear it was a dive, as Italy went on to win the tournament.

If historical heartbreak is more your thing, then England’s lack of success at major soccer tournaments is well documented: they haven’t won a thing since 1966.

They say an army marches on its stomach, which means important consideration should be given to the sustenance available to both fan groups. 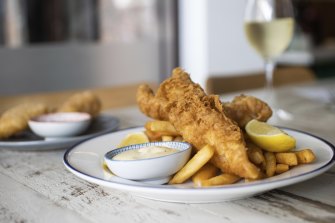 And as British playwright Somerset Maugham once said: “to eat well in England you should eat breakfast three times a day”.

If the full English isn’t to your liking, then there’s fish and chips (with mushy peas), beef Wellington and the Sunday roast. Wash all of that down with a nice warm ale.

That menu comes up against one of the all-time great national cuisines, Italian food. Pizza and pasta are the captain and vice-captain, with gelato, salami, tiramisu and plenty more rounding out a very appetising squad. 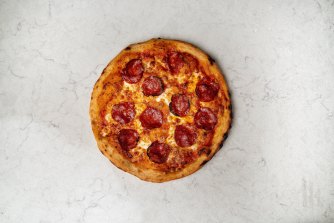 The managers (or more importantly their suits)

This match will pit two of the more dapper soccer managers against each other in Gareth Southgate and Roberto Mancini. No team tracksuits or polo shirts for these two.

Southgate’s wardrobe has been a hit with English fans, driving national fashion trends. The team’s performance in the 2018 World Cup bumped up sales of waistcoats as he donned a tailored three-piece suit on the touchline. 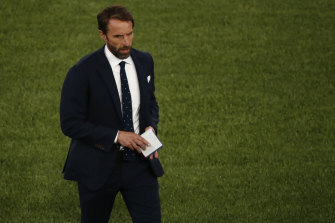 This year, Southgate has been wearing the same knitted polka dot tie at all of England’s victories. The creator, British boutique label Percival, has branded it Southgate’s lucky tie.

Mancini’s clobber also has its fair share of admirers, as he displays a certain kind of sprezzatura in crisp white shirt, Italian team tie and powder blue-grey blazer.

Images of Mancini holding the jacket over his shoulder after one match exuded Italian cool – you half expect him to brush back his greying hair, stub out a cigarette and kick start a Vespa. 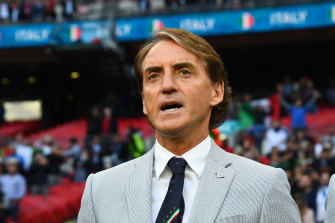 England has really brought its A-game here with the infuriatingly catchy anthem, Three Lions (Football’s Coming Home). Penned ahead of the 1996 Euros, the chorus is still chanted on the terraces and in pubs whenever England plays.

The verses lay out the misery of supporting England at major soccer tournaments, with the “it’s coming home” refrain illustrating the eternal hope that one day that will all change.

Meanwhile, Italy’s contribution to this genre is perhaps best shown by its popularisation of The White Stripes’ Seven Nation Army as a football chant.

The bouncy riff was first sung by supporters of Italian club soccer before making it’s way to the World Cup in 2006. Since then it’s been adopted by fans all over the world.

Side note: Jack White from The White Stripes has previously revealed that he penned the guitar line at a sound check at Richmond’s Corner Hotel in 2001. Perhaps, that’s a good enough reason to cheer on Italy come Monday morning.