CAL “PACINO” ELLENOR is out to prove he belongs among the Godfathers of Bellator he prepares for the biggest fight of his life.

The "English Gangster" is set to step into the Heat of Dublin to face hometown hero James Gallagher on September 27. 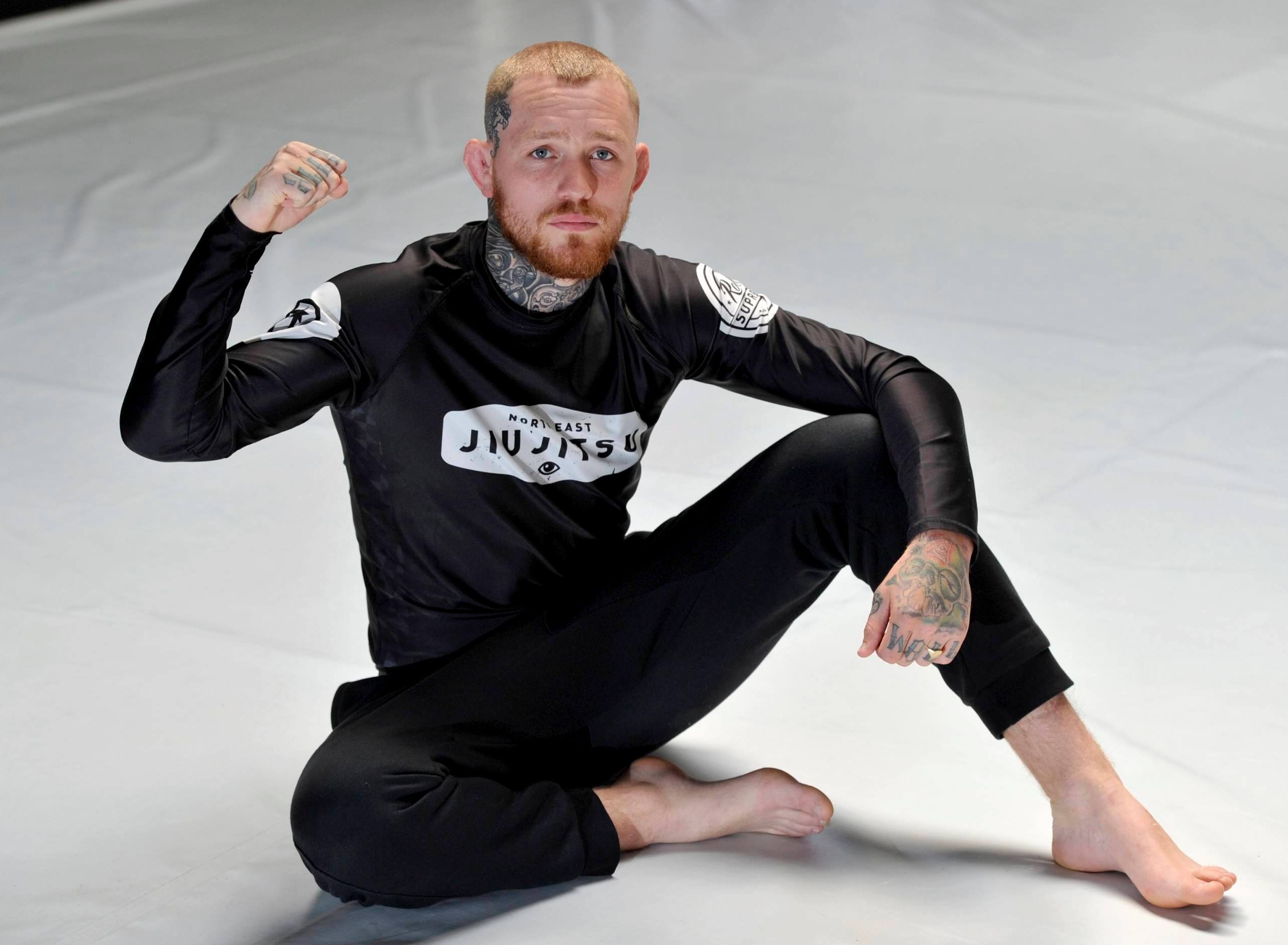 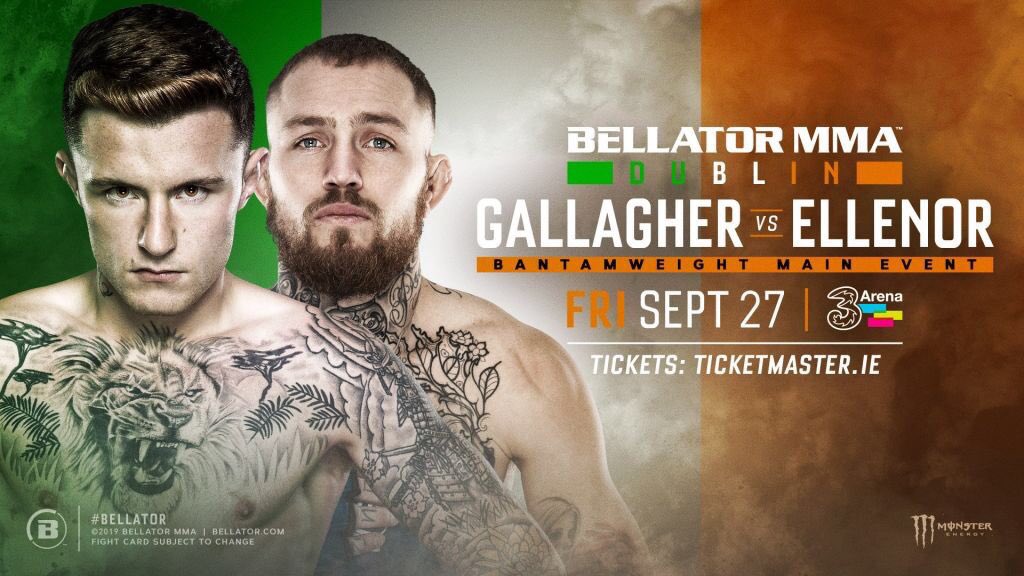 But as SunSport discovered after being invited to his training session in Sunderland, the humble 28-year-old could not be further from a blood-thirsty mobster.

Explaining his nickname, Ellenor (8-2-0) – who is preparing for the second of his four contracted bouts with the MMA promotion – said: “It was funny. Bellator messaged me because they’d got some of my stats wrong.

"They had me down as 5ft 7in when I’m 6ft, they asked me what my reach was and I told them ‘long’ and then asked my style and I just replied ‘English Gangster, that’s my style’.

“I just thought it was a bit of a laugh but they went with it and soon I saw it on posters but I like it.”

The mob and organised crime might be a million miles away from Ellenor’s life, but that is not to say the proud North Easterner has always been on the “straight and narrow”.

And after being a self-confessed tearaway as a child, he dreads to think where he would be now without discovering a passion that would transform him forever.

“I really struggled in school and I had a lot going on in my personal life and I just felt I couldn’t cope so I was never there,” he said.

“I’d just miss school completely and was a bit of waster and always get in trouble. But just because you are not advanced academically as some other people should not mean you still can’t be somebody or create a life for yourself.

“Sport is a great way to do that and that’s what MMA is to me. I started off boxing and that’s what steered me away from trouble and taught me discipline when I was around 12.

“I immediately enjoyed it and decided to put my energy into that and then I began MMA when I was 18 and it’s kept me on the straight and narrow.

"If it hadn’t been for boxing and MMA then I don’t know what I’d be doing now." 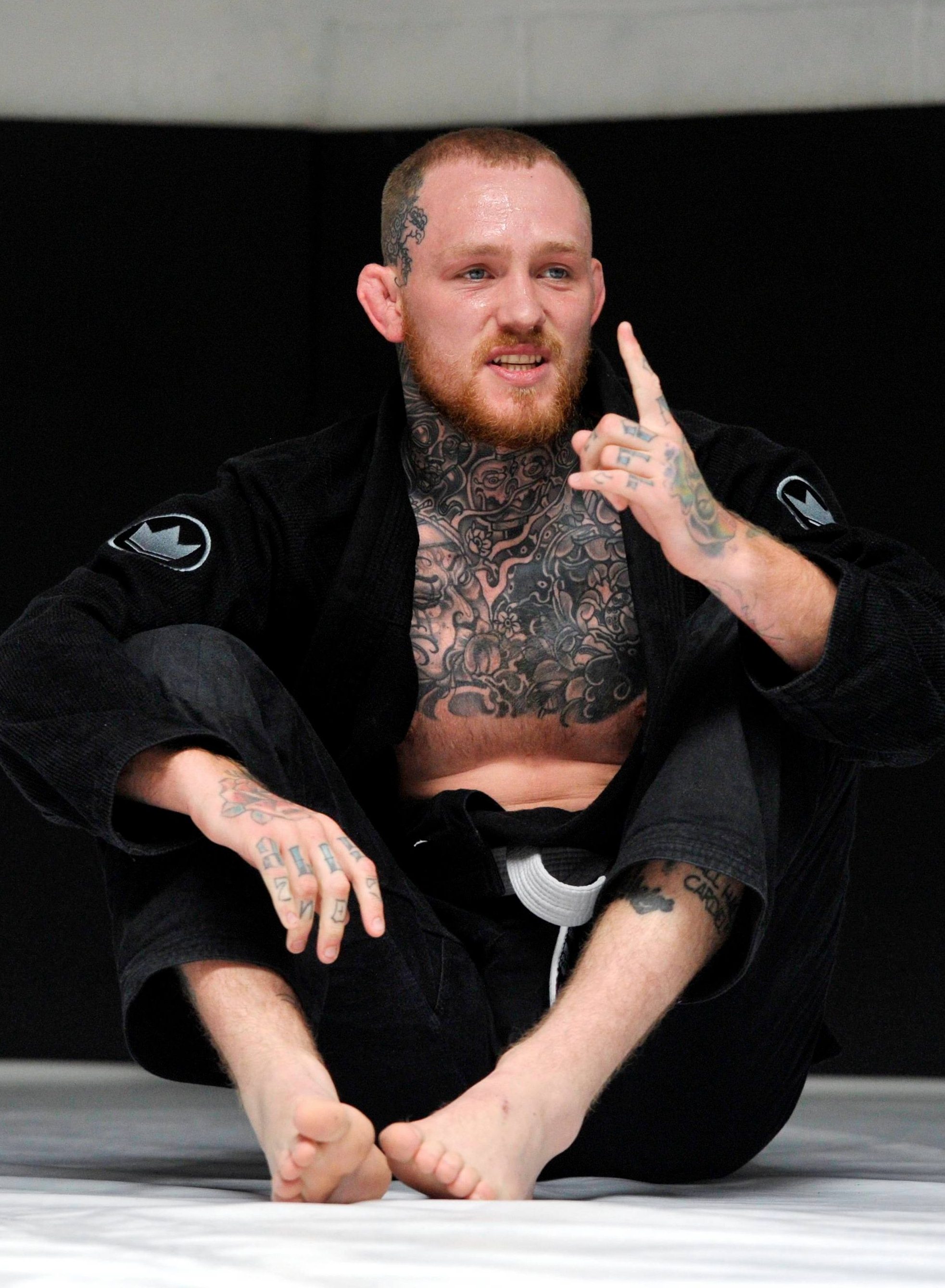 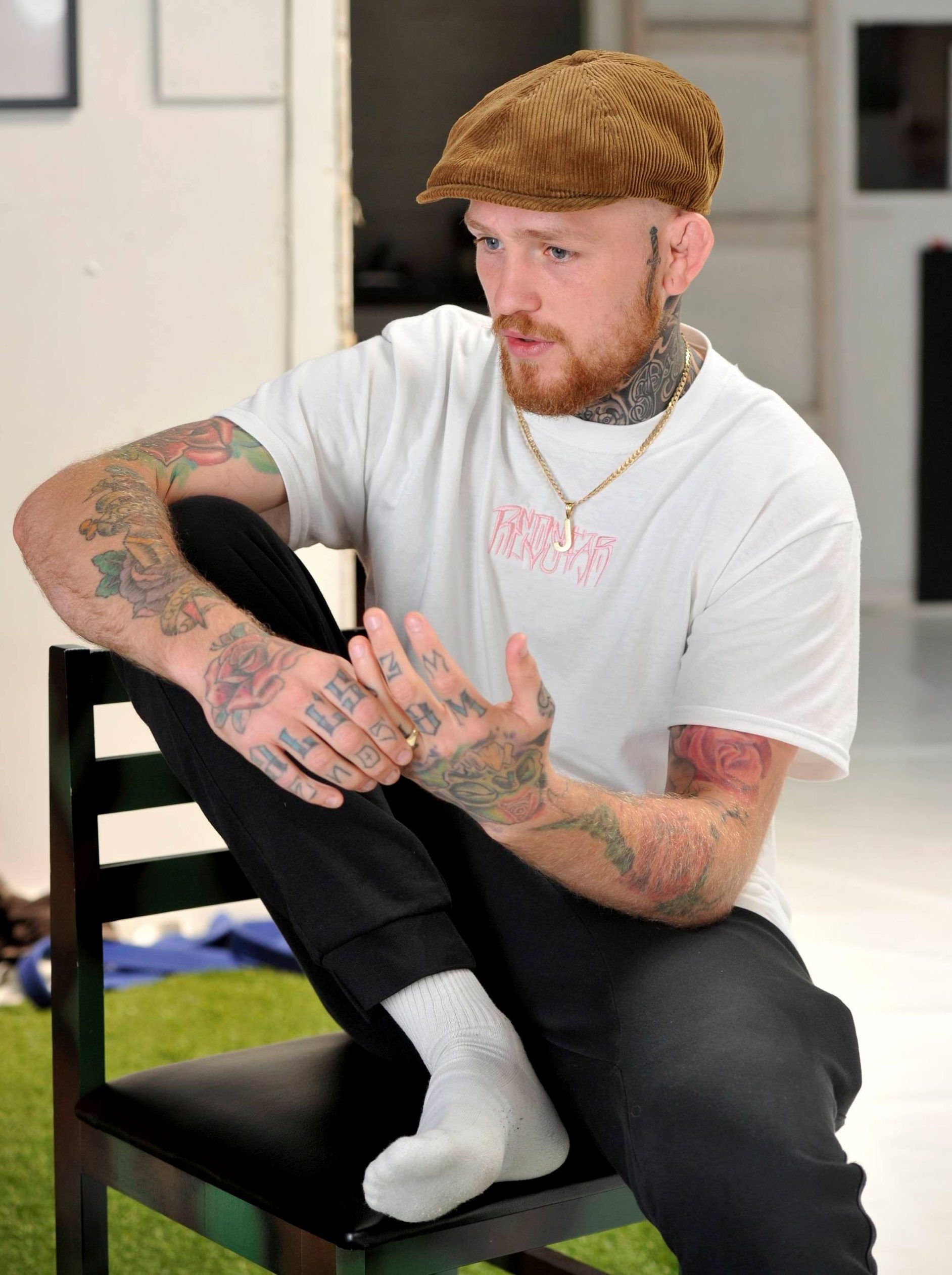 Ellenor continued: “Academically, I didn’t really go to school much and I was a bit of a terror. But this is something I’m succeeding in and I’ve just got to 100 per cent go for it.

“I couldn’t have a regular day-to-day job, I’ve tried, but I just can’t do it. But this is something I do and enjoy and it doesn’t feel like a job. I love being in the gym and training every day, every part of it, so this is the perfect job for me.

“My old school, Sandhill View, got me in to speak to a few kids the other day. I’m going back after my fight with James for an assembly to speak with the kids again.”

Now Ellenor is very much the family man and his world title aspirations are driven by his desire to keep “food on the table” for his partner and two kids.

“I’ve got a little girl called Jessie Alice and she is wild. I’ve got an eight-week old son as well called Tommy Greyson.

“We were going to call him Tommy Rubin, I’ve always liked that name after Rubin ‘Hurricane’ Carter the boxer, but my partner Hannah didn’t want to call him that but said we could have it as his middle name.

“But Jessie must’ve heard I had fought Greyson and the name just stuck in her head. Whenever we asked what Tommy’s name was going to be she would just reply ‘Tommy Greyson’.

"So I said if I beat Nathan Greyson we can use that but if I get chinned then we can’t – but luckily I won so went with it.

“Jessie will be watching me in Dublin on TV. She knows it’s fighting but I don’t think she fully understands it all yet. There’s always a little party with all my family and friends at mine whenever I fight and it will be the same for this one.”

And he hopes they are having an even wilder party if he can get his hands on championship gold – while he also has eyes on achieving another lifelong ambition. 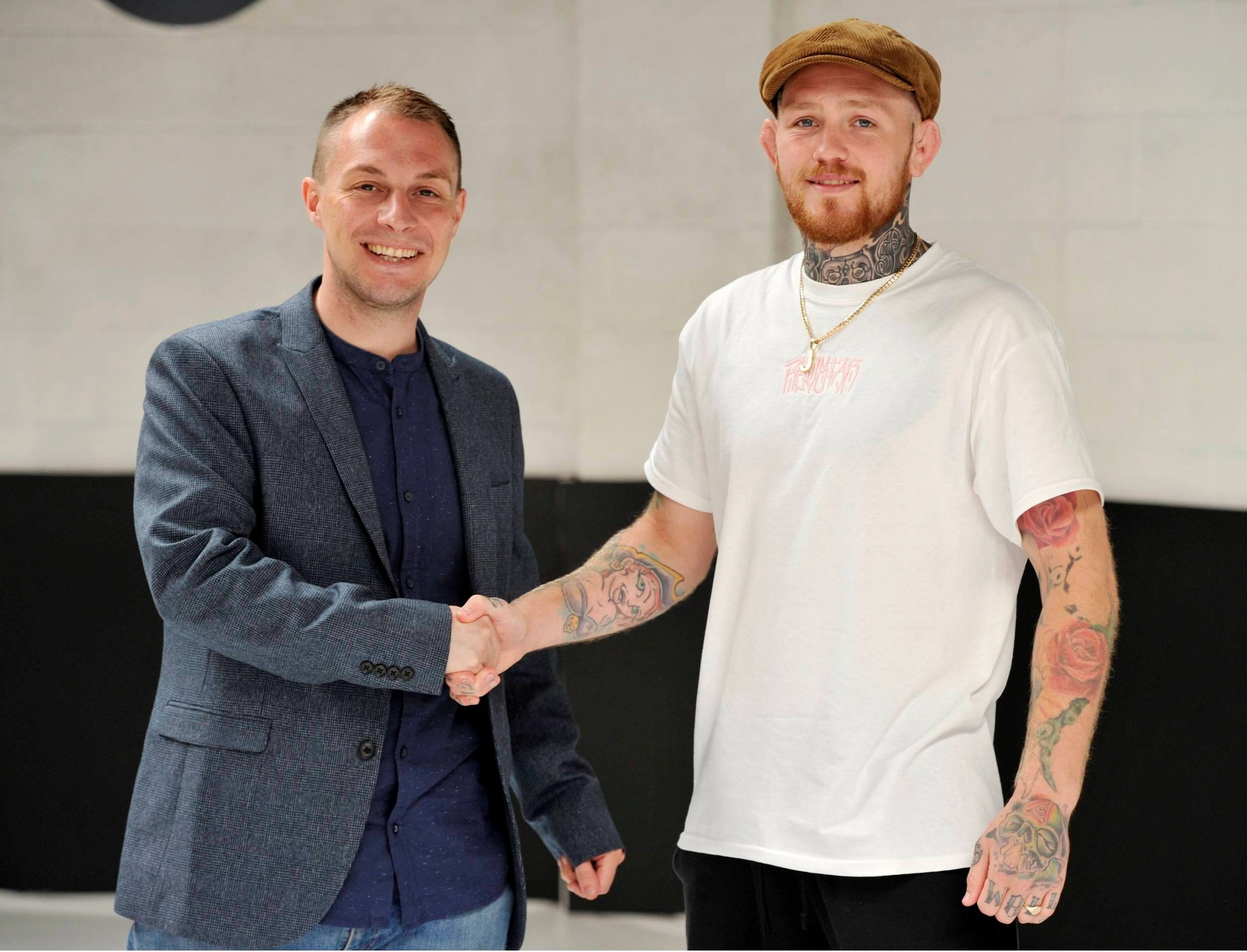 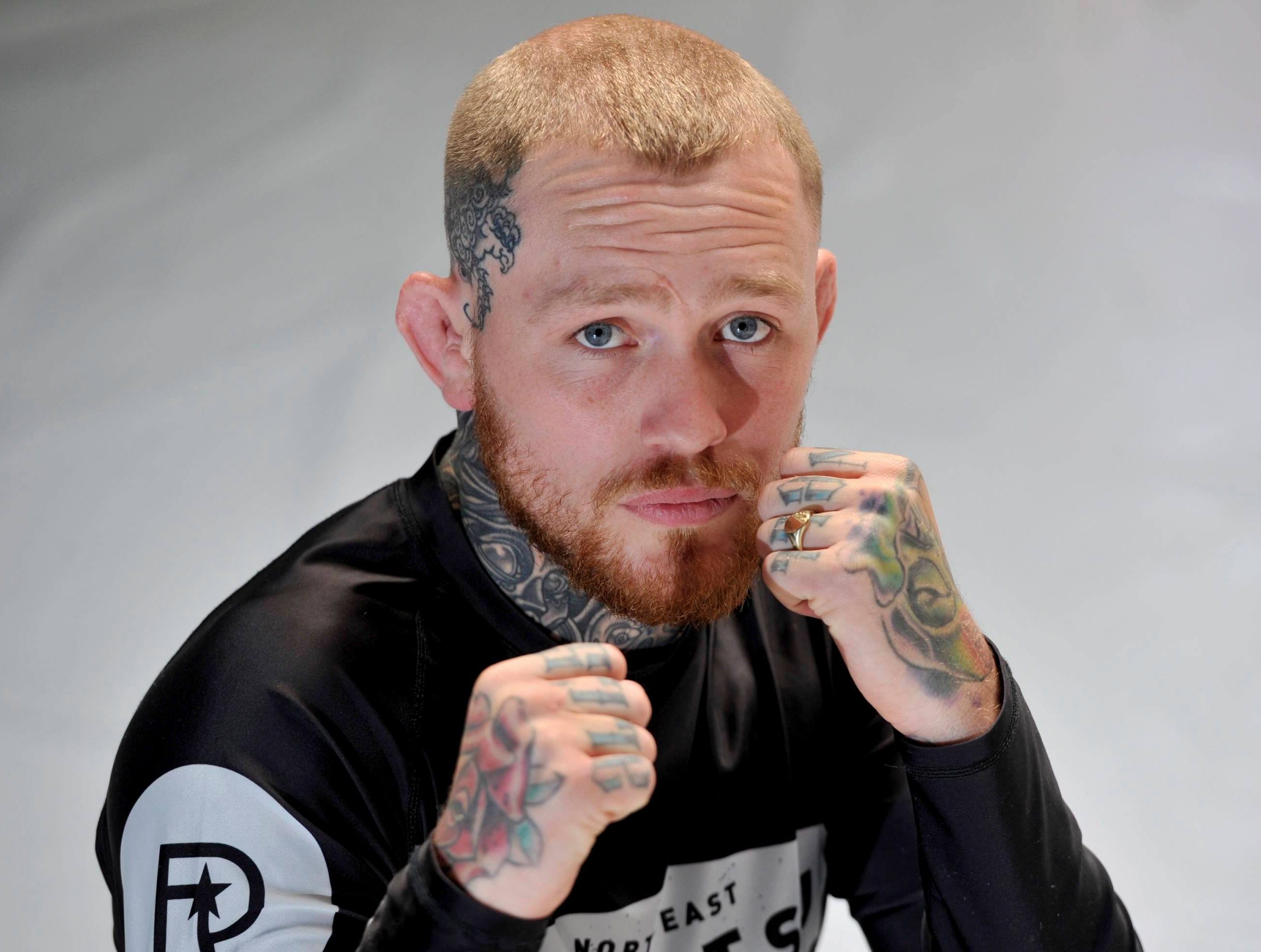 He explained: “A world title is the stuff I dream about. It would be amazing but I just want to face the best guy. But if I keep beating people then I cannot get ignored. My aim is to beat James and get a quick turnaround before the end of the year and fight again so I can put some food on the table and money in the bank for once.

“My ultimate aim is to fight at Madison Square Garden. Since I was 12 I’ve wanted that and if I can beat James then I think it is something I can ask for. How cool would it be for a lad from Sunderland to go fight at MSG?

“I want to go and put James away within the distance and then after that MSG is what I’ll be asking for. And I can’t see why they could not give me a guy on a show that big as my stock would be high.

“I can’t wait to put Sunderland on the map and show the North East has some world class MMA talent.

“I feel people from other cities get a lot of favours. If you are from London or Manchester you seem to get heavily promoted and built up, but when you are from places like I am then sometimes you get overlooked. It’s wrong as we have some really high level guys up here.

“And it’s fights like this, and Ryan Scope against Patricky Pitbull on the Bellator Newcastle card, that’s what it’s all about. He main evented that, I’m main eventing this one, so it’s showing there is a high level of talent here and people should take more interest in us and see what we are all about.”

Ellenor has been clamouring for a big-fight opportunity ever since signing for Bellator last year.

And now he has finally earned a main event opportunity after impressively putting away Nathan Greyson by first round rear naked choke on his bow with the promotion in Newcastle in February.

However, a raucous crowd will be lying in wait for him on the Emerald Isle, no doubt fired up by the expected pre-fight verbals from their hero Gallagher.

But stepping into the lion’s den will be nothing new for the fighter – and Ellenor insists he will just let his fists do the talking should his 22-year-old opponent attempt to draw him into a trash talk showdown. 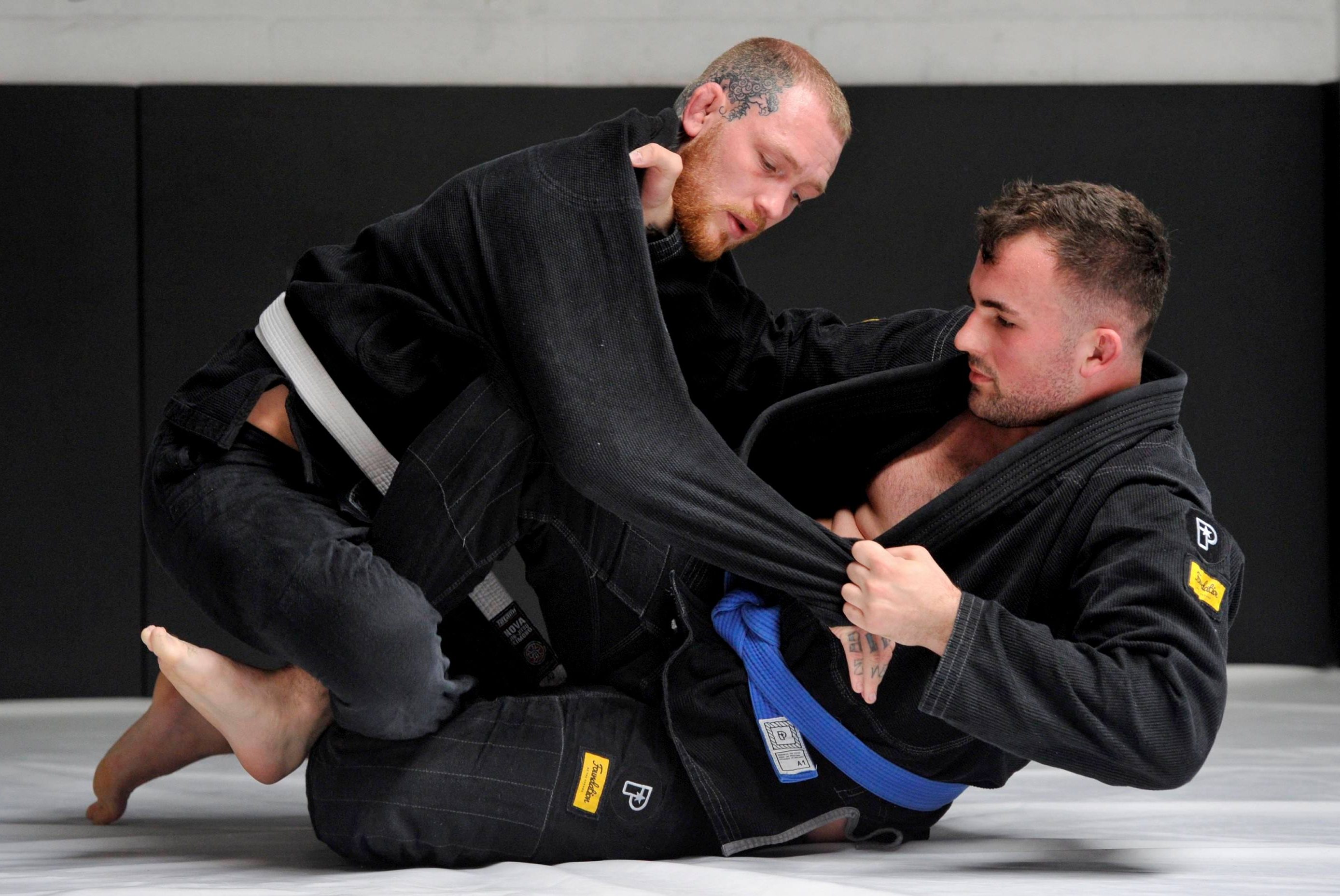 The Team Fish Tank grappler explained: “I’ve experienced hostility like what will be in store in Dublin before in South Africa.

“I had just had a catchweight fight for a big Russian show and Carl Prince was the matchmaker. Someone contacted him afterwards asking if he knew an opponent for a fight with EFC in South Africa and got in touch with my coach telling him he had a fight for me.

“It was short-notice, and I wasn’t sure if I would make bantamweight as I’d never made it before. So they offered to do it at catchweight and they told me they’d give me a contract if I could do it.

“So I went out there but they hated me at first the fans. When I walked out they were calling me all sorts.”

The star continued: “It’s one of the losses on my record as he got the decision but I smashed the guy [Gareth Buirski] and you can see how one-sided it was if you watch it. I hit him with a punch once in the third round and he was flat out on his back and the budgies were flying around his head. I couldn’t do any more, taking the fight on short notice 6,000ft above sea level with just five days to get used to that.

“It was a disgusting decision but it helped me win over the fans. The response I got afterwards. They all got behind me and said I’d been cheated.

“I then fought the poster boy of the organisation next and put him to sleep in his hometown and for the world title after that. It got massive and I was soon doing a load of radio and TV shows and the South African crowd just started getting right behind me.

“So as far as pressure goes, I don’t see it like that and just see this as another fight and it will be even sweeter if I can get the job done and beat him in his own country.

“I just can’t wait to get in there and beat him and I know I have the style to put him away.”

And on any pre-fight verbals, the Andrew Fisher-trained fighter said: “If he wants to have a bit of back and forth then I don’t mind at all. It helps promote the fight but I’m not intimidated at all.

“Regardless of what he says or does, it’s water off a duck’s back. I’m going to be fighting him anyway in a few weeks, so he can say as much as he wants because we are going to deal with it anyway.

“I’d rather let my fists do the talking but if James comes at me then I’ll defend myself just so he knows I’m coming to fight him.

“I truly believe I can finish him and when we face off I’ll be showing I’m not afraid of him. I wanted and asked for this fight for a long time and I cannot wait.”

Tickets for Bellator Dublin are on sale now through Ticketmaster.ie and Bellator.com, as well as the 3Arena box office.