It’s under a week since Chloe Dalton led a successful campaign to have Australian Paralympic medal winners receive the same prizemoney as their Olympic counterparts and already she’s onto her next equality mission – this time in state parliament.

Last week, in response to a petition launched by Dalton, a rugby sevens gold medallist at the Rio Olympics, the Prime Minister announced that the federal government would be providing funds to Paralympics Australia to ensure Australian Para-athletes would receive the same cash bonuses for medals as Olympic athletes.

Now Dalton has joined forces with surfing pro Lucy Small, in a bid for gender equality to be a condition of state government grants for sports clubs and organisations.

Earlier this year in April, Small made waves in Australian surfing after winning the Curly Maljam pro-surfing event on Sydney’s northern beaches.

Small received less than half the prizemoney of the men’s winner and called out the inequality on stage when receiving the prize. 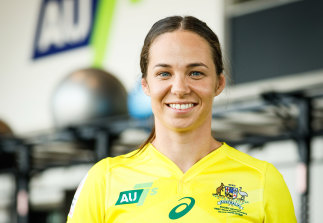 Chloe Dalton missed the Tokyo Olympics due to a cheekbone injury but has won gold of another kind. Credit:Getty Images

Female contestants were later compensated for the imbalance. Clubs affiliated with Surfing Australia or Surfing NSW are now prohibited from offering unequal prizemoney for men and women.

Small said she was inundated with messages from people in other codes and community clubs experiencing similar inequality when it came to prizemoney. Many were also receiving grant money from the state government.

In an effort to effect change, the trailblazing duo will this week launch a campaign called Equal Pay for Equal Play NSW.

The campaign aims to introduce a bill ruling that in order for any NSW sporting club or organisation to be eligible for government funding, it must offer equal prizemoney for men and women who compete in equivalent competitions. 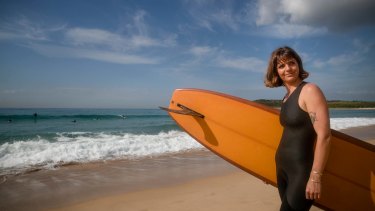 Lucy Small called out unequal prizemoney at a surfing event in April.Credit:Janie Barrett

MP Jo Haylen has agreed to sponsor the concept to be tabled in state parliament if the petition reaches 20,000 signatures.

“This is something that is in other jurisdictions, but it’s not in New South Wales,” Small said. “And after April [Curly Maljam competition] it was something that was brought to my attention. I just thought surely there is a way to make these clubs, who apply for grants or apply for funding, to have gender equality and equity as part of their organisation.”

Dalton said she was inspired to join the fight around government sports grants after seeing the change which can come from people power after her successful Paralympics campaign.

Dalton was unable to compete at the Tokyo Olympics due to injury but said watching Scott Morrison announce equal prizemoney for Australian Paralympians was just as satisfying as winning a gold medal.

“To see that happen was quite mind-blowing,” she said. “When you’re trying to push a message for equality, you don’t often get a response like that. The fact that such huge change was made in such a short space of time, it does give me hope that when people come together and speak up about something that isn’t right, change can be made.”

Dalton and Small will join forces with the likes of GWS star Alicia Eva, Hockey NSW and Netball NSW who have already thrown their support behind the campaign.

Sports news, results and expert commentary. Sign up for our Sport newsletter.