GRAZIANO PELLE'S partner Viktoria Varga soaked up the sun in the Maldives in a bikini and ONE Christmas stocking.

The Hungarian posed on a stunning beach as the sun beamed down. 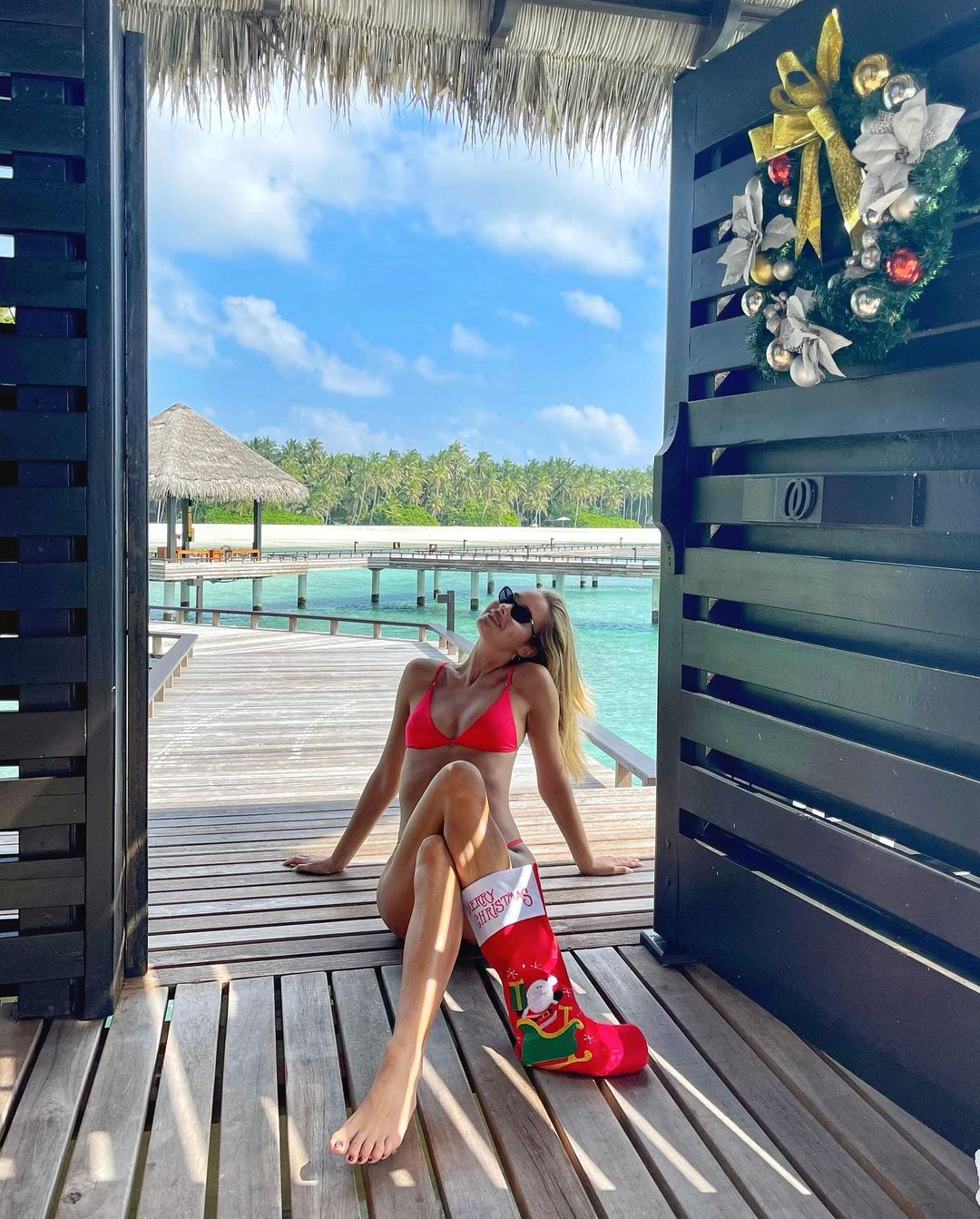 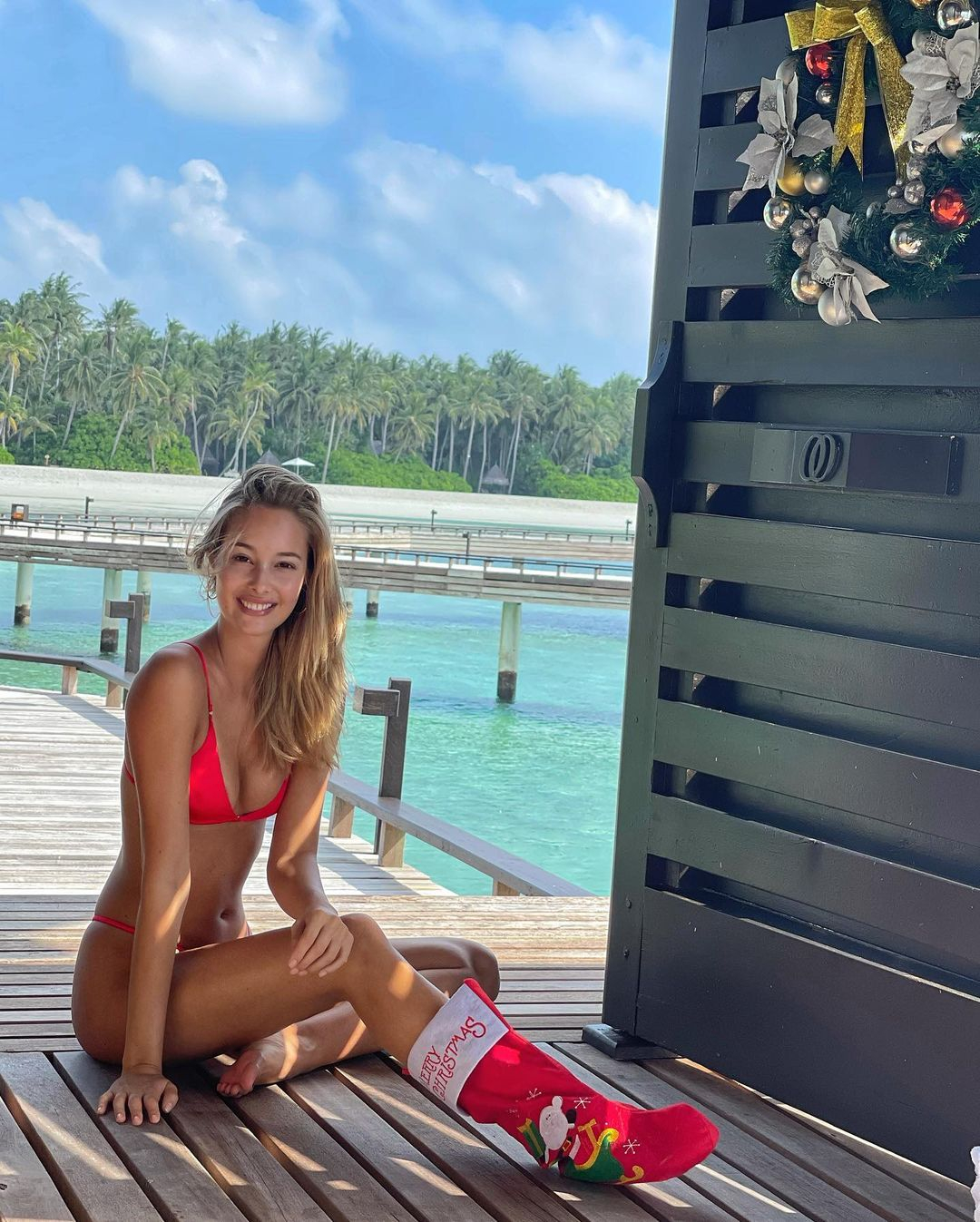 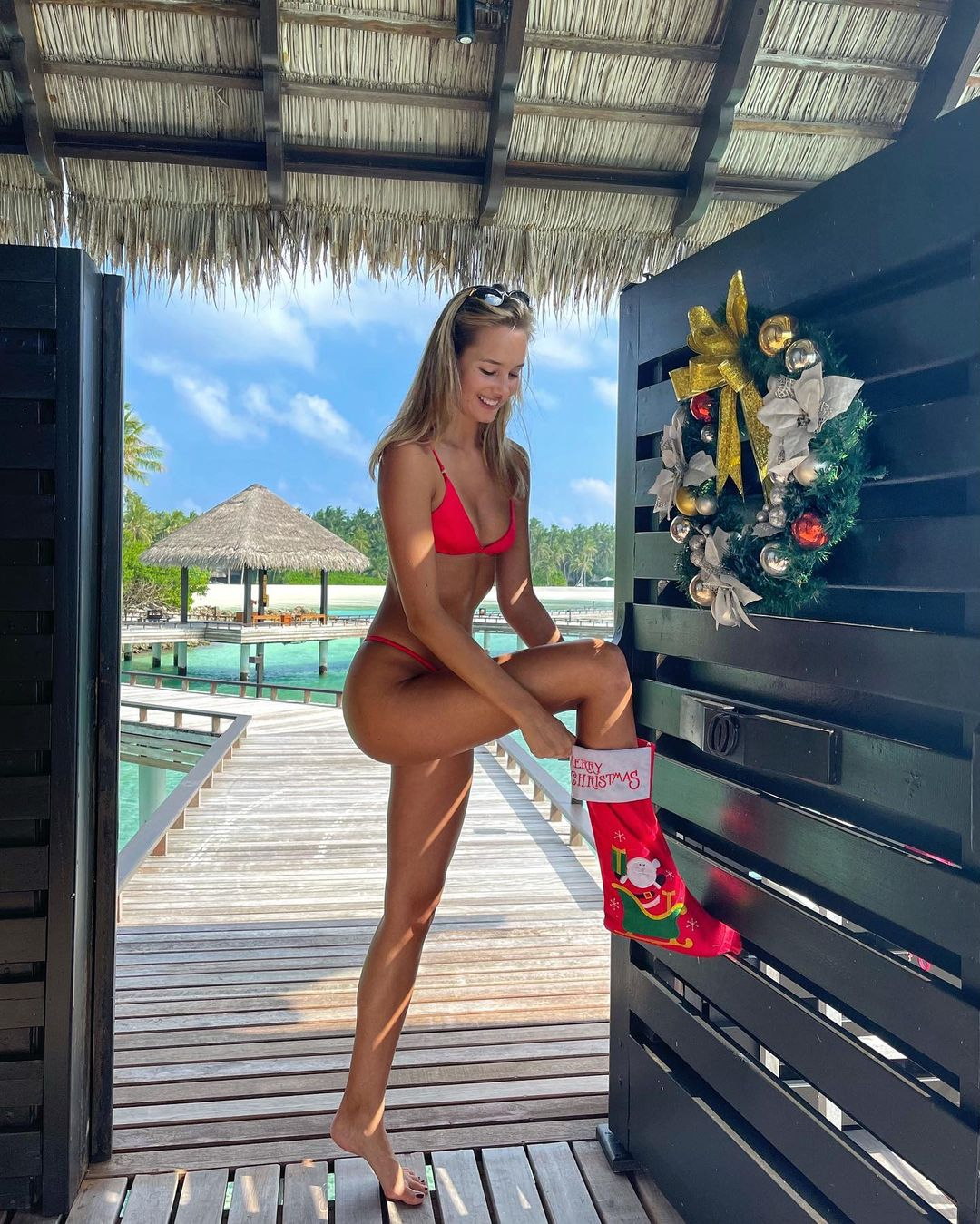 But despite the unusualChristmas weather, Varga still got in the festive spirit.

She posed in a red bikini and wore a stocking on her right foot.

Model Varga used to cheer on her footballing partner at St Mary's where the former Southampton striker spent two years from 2014.

But since 2016, she has watched on from China as Pelle has been banging in the goals for Chinese Super League side Shandong Luneng.

The pair upped sticks to Jinan, with the Italian striker offered an incredible £13.5m a year deal, and they've not looked back since.

In fact, Varga's refused to take a back seat as her own career has continued to thrive in China.

She's divided her time between the Far East and Budapest as she graces the covers of countless magazines.

And as well as years of lingerie and swimwear shoots, she has also turned her hand to acting.

She had a small role in Son of Saul  – a film set in Auschwitz during World War II which won the Academy Award for Best Foreign Language Film in 2015.

Pelle and Varga reportedly met in 2012, and have been inseparable ever since.

Reports said they met on Facebook after Pelle came across her photos online and showered her with messages.

But she's still happy to shares images with her Instagram followers showcasing her glamorous lifestyle.