It is too easy to forget how hard it was for British boxers to get close to the medals at the Olympic games.

On Saturday, at a sumo palace in Tokyo, the first of Britain’s 11 Olympic boxers will walk out to the ring, the fading echo of the lyrics from a cheesy pop song and the boisterous shouts from the team they now call family, will be all they hear.

The lonely walk will be emotional, the first steps in their new boots at the start of the end of their journey; it launched in March of last year, when they weighed and were ready to fight at the Olympic European qualifier in London. Then Covid swept in on day three and hearts were broken, dreams delayed in the calamity left behind.

The four women and seven men, all with patience added to their skills, have played out that walk in their heads a thousand times since their final selection for Tokyo, which originally took place in late January of 2020. No other sport has suffered like the boxing, been so close to selection, so devastated at the last minute – they had their entire existence placed on hold at a few hours’ notice. At the qualifier last year, two boxers qualified and others were due to fight for their spot in Tokyo less than 12 hours after the event was scrapped. That is hard to imagine for the team, which included a teenager. It was a unique setback and they all left east London that day and night with absolutely no idea what would happen. Their boxing life on hold.

The backstory to previous modern Olympics, from Munich in 1972, has always been about the controversial selection, outrageous omissions, realistic hopes and dreams and expected failures. Not this time, this time it is all about the most unified team ever; the medals will come from the seemingly endless suffering and preparation inside the GB system in Sheffield, arguably the world’s finest set-up. 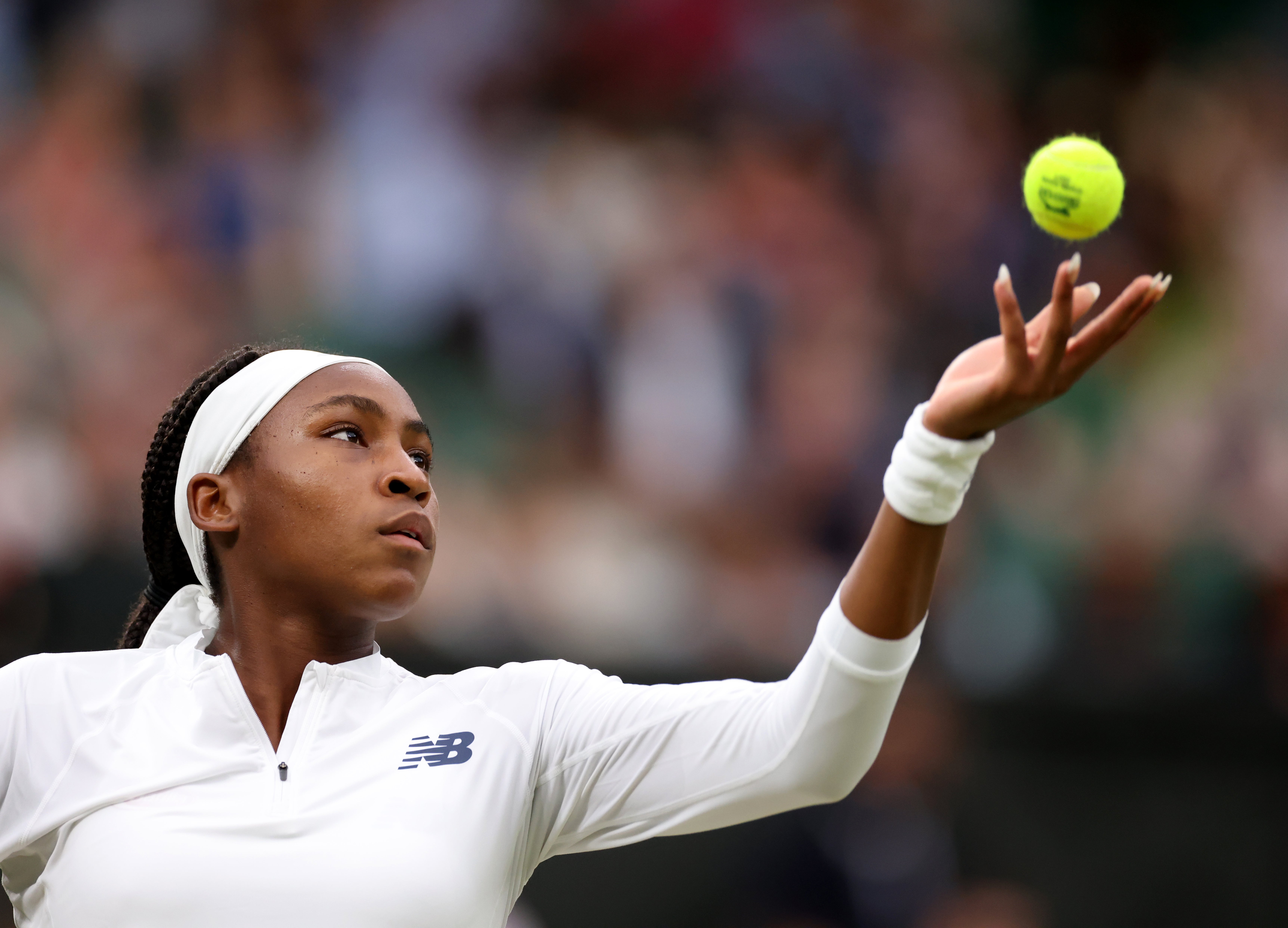 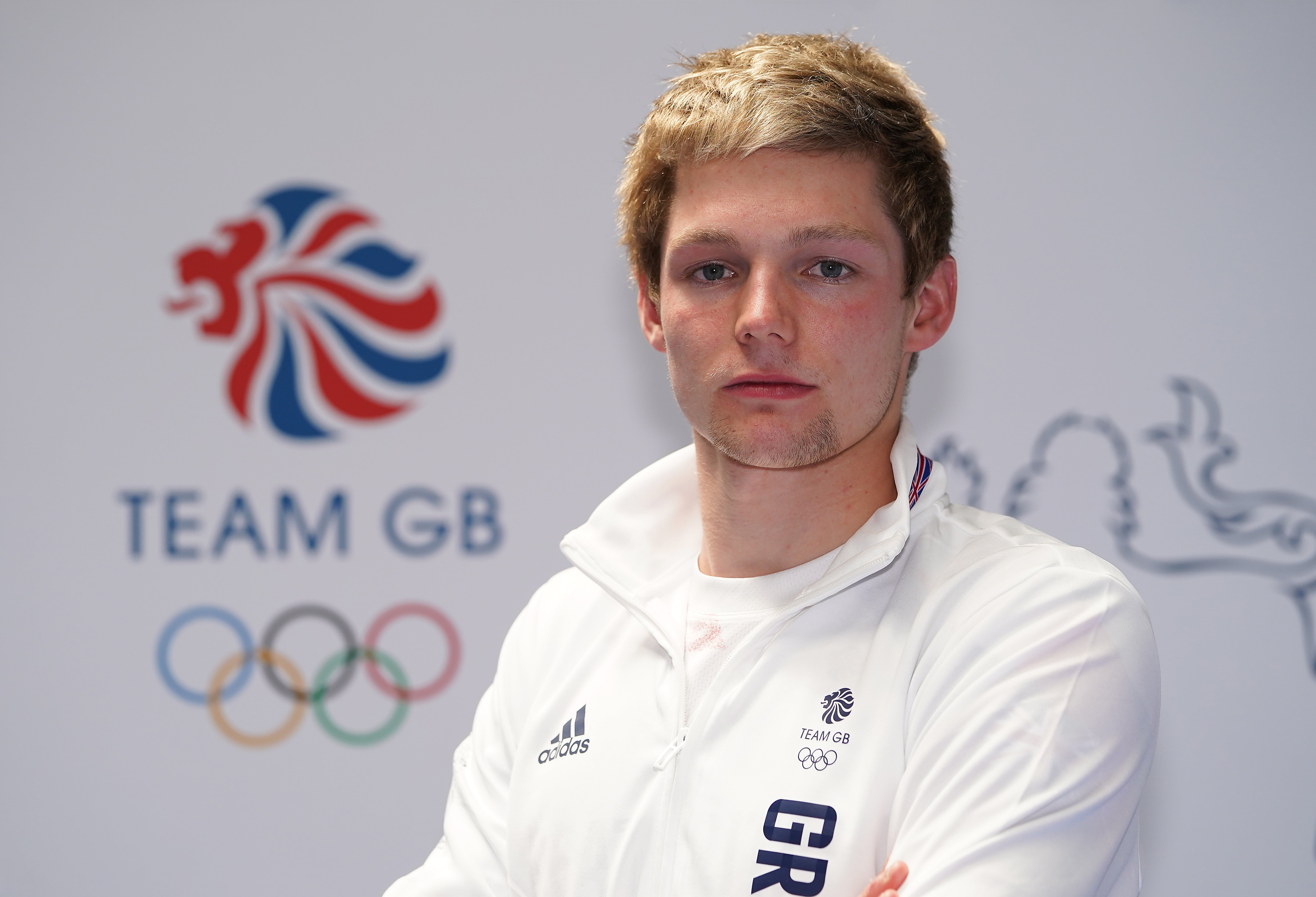 In the seven Olympics from 1972, ending in Atlanta in 1996, just seven British boxers won medals, all bronze. The GB team was not much of a team, it was a loose group of national representatives, with a cabal of men picking, choosing and flesh-trading with the deepest hopes and ambitions of young men. There were many disgraceful selections, shameless nationalism and stupidity. The disgusting and heartbreaking picks left amateur boxing in Britain in crisis, scarred and in danger of folding just 25-years ago.

That was then, this is now and the change started with Audley Harrison’s gold in 2000. In 1996, the two British boxers lost their opening fights, then Harrison won the first British gold since Chris Finnegan in Mexico City 32 years earlier. The funding followed; the change was gradual. In 2004, just Amir Khan qualified, but he won silver. The momentum had started and in 2008, eight men went, and there was another gold. In 2012 ten men and women went and three golds was the haul, including Anthony Joshua. In Rio, five years ago, there was another gold. In the last three Olympics the medal haul has been 11 in total. The scene is truly set large for the Tokyo Olympic boxing; hope has been replaced with expectation. 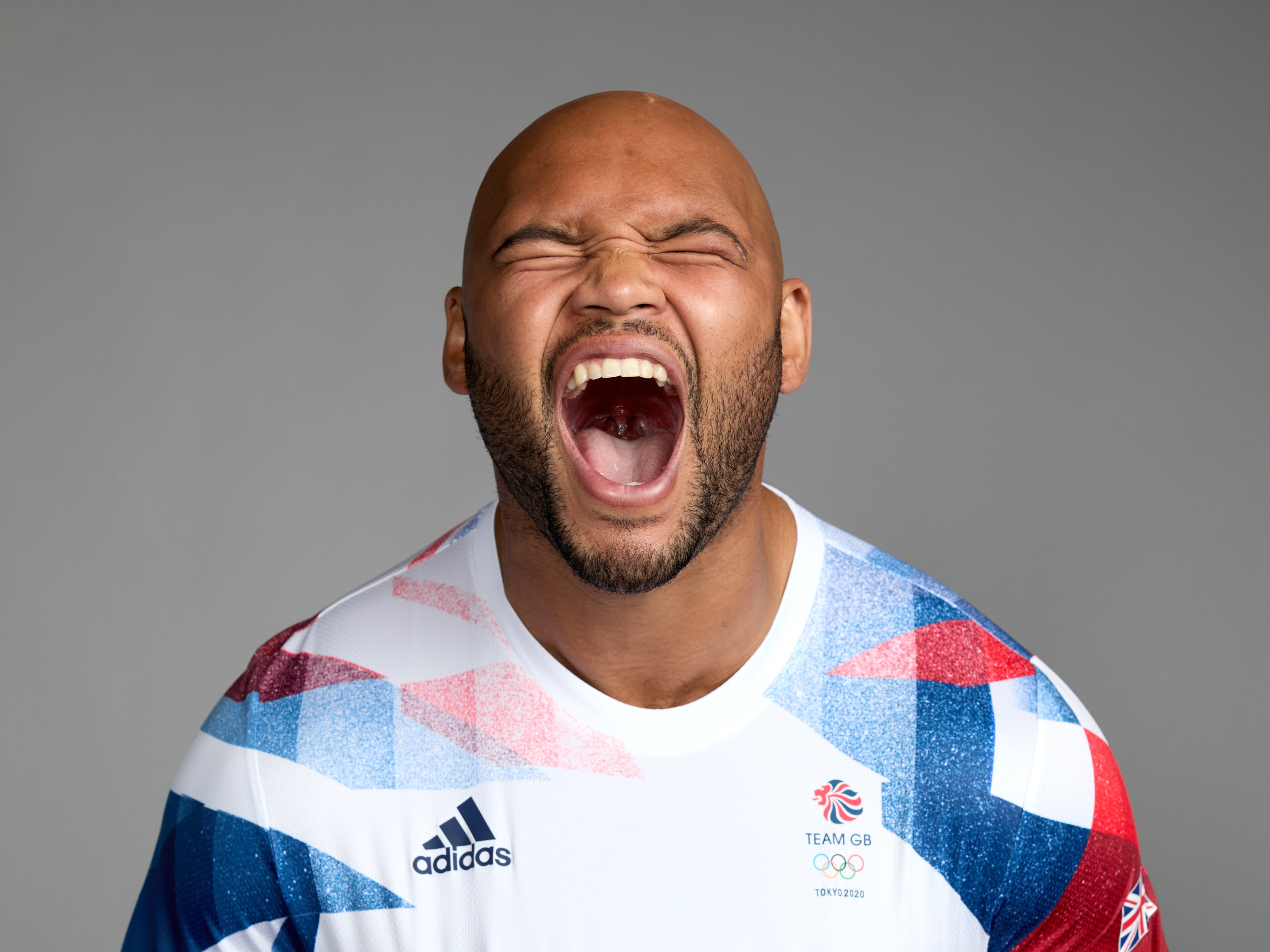 Lauren Price is the current world amateur champion and the number one seed in the middleweight division. She beats the Russians, she rules at middleweight, even though she could fight at a weight several kilos lighter, and she is the slickest member of the team. And a veteran; she was just 17 when she won a bronze at the European championships in 2011. It’s pedigree like the old boxing kings of the Eastern Bloc.

Frazer Clarke is the super-heavyweight, a man in waiting since about 2011, a man denied by his brilliant mates, Joshua and Joe Joyce. Clarke has met the finest heavyweights in the world during the last decade and has a win over Tokyo’s overwhelming favourite, the big Uzbek, Bakhodiv Jalolov.

Charley Davison is a mum of three. She left boxing to have kids and crept back slowly; she was not even an Olympic contender at the start of last year. She fights at flyweight in a dreamland of her own. “I still don’t believe this happening,” she told me in late June.

Pat McCormack went to Rio, lost a tight one, reached a world championship final and lost. He then beat the man that beat him to qualify at welterweight. McCormack is the number one seed. He has won more medals at the World championships and the European championships than every British boxer combined in the seventies. In Sheffield, they build beasts, trust me. 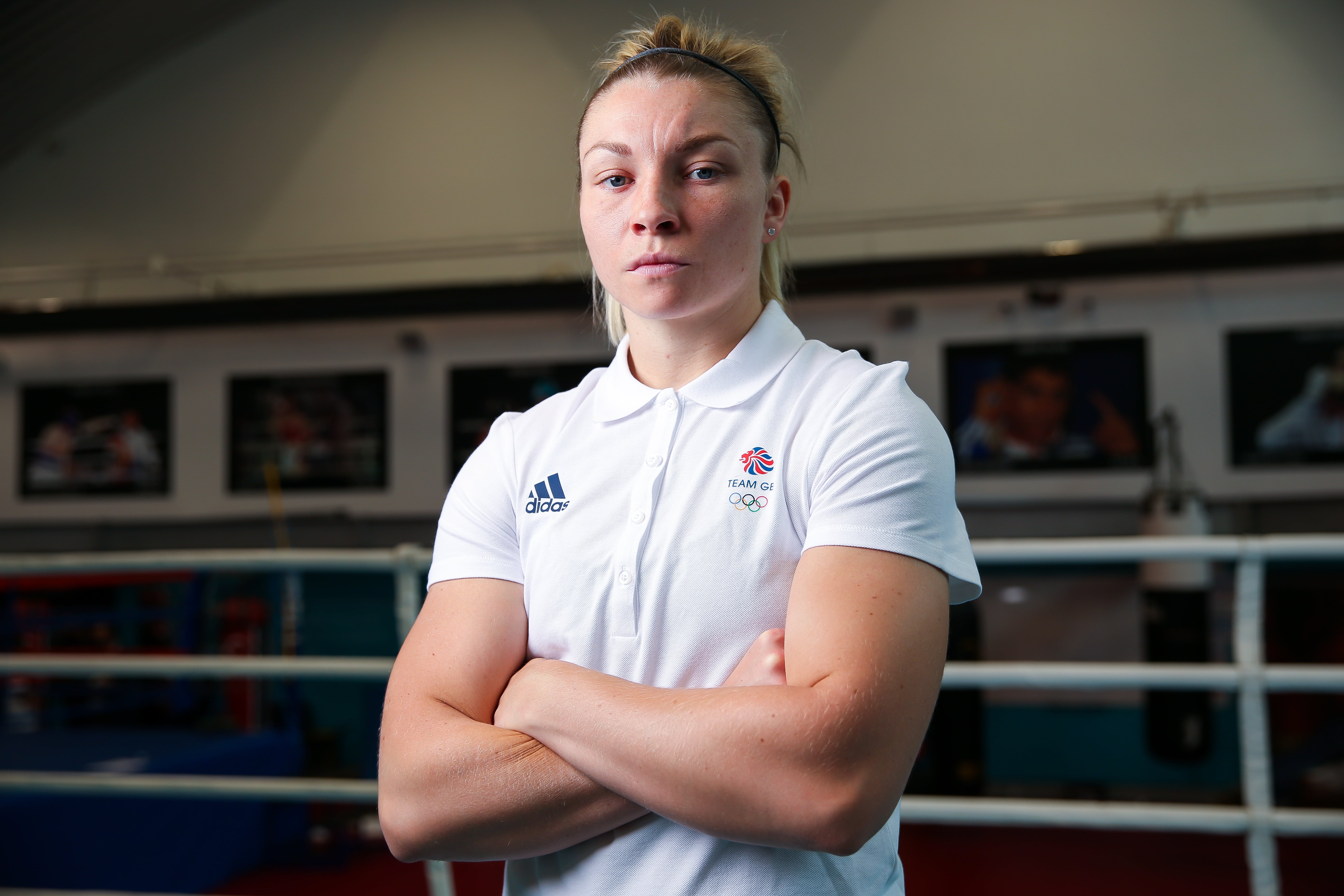 Lauren Price is a medal hopeful for Great Britain

Luke McCormack, Pat’s twin, fights at light-welterweight. He has also won medals at major events; they are the first identical twins to represent Britain in the Olympic boxing ring.

Cheavon Clarke once drove a truck and had a crazy dream of fighting at the Olympics. He is the heavyweight contender. He has shared the ring with the top, top seeds, gone the hard rounds with men like Muslim Gadzhimagedov. He is part of the fearless attitude that runs right through this team.

Galal Yafai at flyweight qualified in the final hour before the Covid orders stopped the boxing last year. It has been a long wait. He fought in Rio. He would be ranked if the seeding system had not been reduced from eight to four.

Peter McGrail won the European championship in 2017; just the third English boxer to win that title since 1961. He qualified with Yafai last year – it has been a frustrating wait for the featherweight. He would also be seeded under the old guidelines. He has won seven major medals; the Olympics is all that is left. 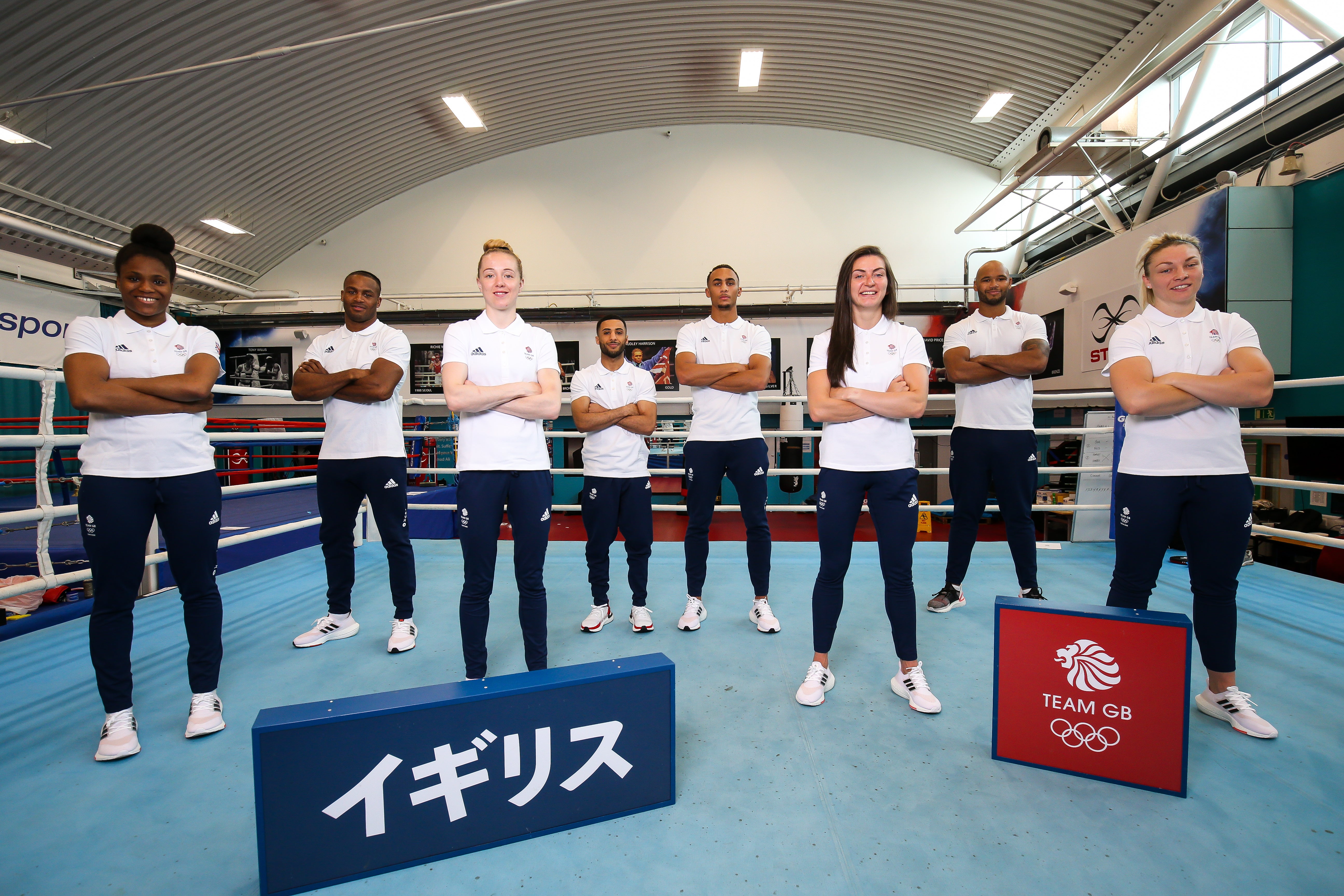 Karriss Artingstall had a box-off at featherweight to qualify at the event in Paris, which was the only way for European boxers to reach Tokyo. She won the fight; she has also won a bronze medal at the 2019 World Championships, the last to take place. She lost to the eventual winner in Russia that October. If the Olympics had been last year, she might have been seeded in the top four. The woman, Nesthy Petecio, who beat Karriss in Russia, is not seeded – it’s a tough division.

Ben Whittaker is the light-heavyweight in the team. At the Olympic qualifier in Paris, Whittaker won the necessary fights, but he would have still received an invite because of his world ranking. He won a bronze at the World Championships in Russia in 2019; he is one of nine British boxers without a seeding. It is harsh. Caroline Dubois of Great Britain is a medal hopeful

Caroline Dubois was a teenager at the London qualifier when she won her first senior contest. She was just hours away from fighting the Finnish Olympic medallist, Mira Potkonen, who was the number one seed, when Covid struck. She waited from March last year until June this year and then beat Potkonen in Paris to reach Tokyo at lightweight. It was a great win, lost somewhere in a long summer. She then won twice more and lost in the final in Paris – beaten by the number one seed in Tokyo, Kellie Harrington from Ireland. Dubois is the sister of professional heavyweight Daniel Dubois.

The first bell is a little after midnight on Friday night and then it runs for fifteen more days and nights. It is a boxing fantasy land of endless hope and expectation for the 11 British fighters. Thanks, Big Aud and a boy called Amir for getting the funding rolling and making it all possible.