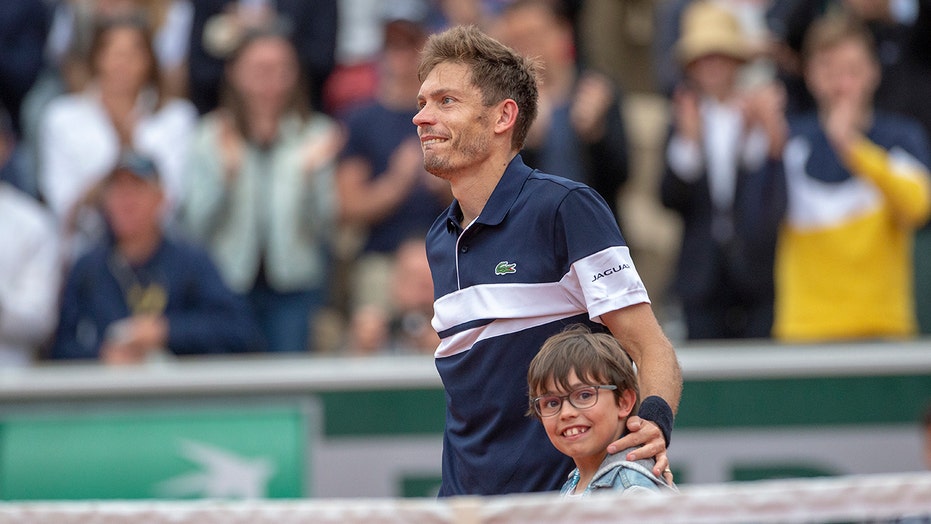 French tennis star Nicolas Mahut shared a touching moment with his son moments after he lost in the third round of the French Open on Friday to Argentina’s Leonardo Mayer.

The crowd at the stadium were cheering and clapping for Mahut. Cameras then panned to Mayer who was also seen clapping and getting his bag ready to walk off the court.

Mahut is more known for his prowess in doubles competition than his play in singles. The furthest he’s ever reached in the French Open was the third round, which he did this year, in 2015 and 2016.

He reached the No. 1 ranking in doubles in 2016. He also completed the career Grand Slam in doubles, winning at the Australian Open this year after already winning in 2015 at the U.S. Open, in 2016 at Wimbledon and 2018 at the French Open.