Geraint Thomas’s Giro d’Italia hopes are over after a crash caused by a stray WATER BOTTLE.

The Ineos Grenadiers rider was favourite to take control of the race after stage three at the foot of Mount Etna, Sicily. 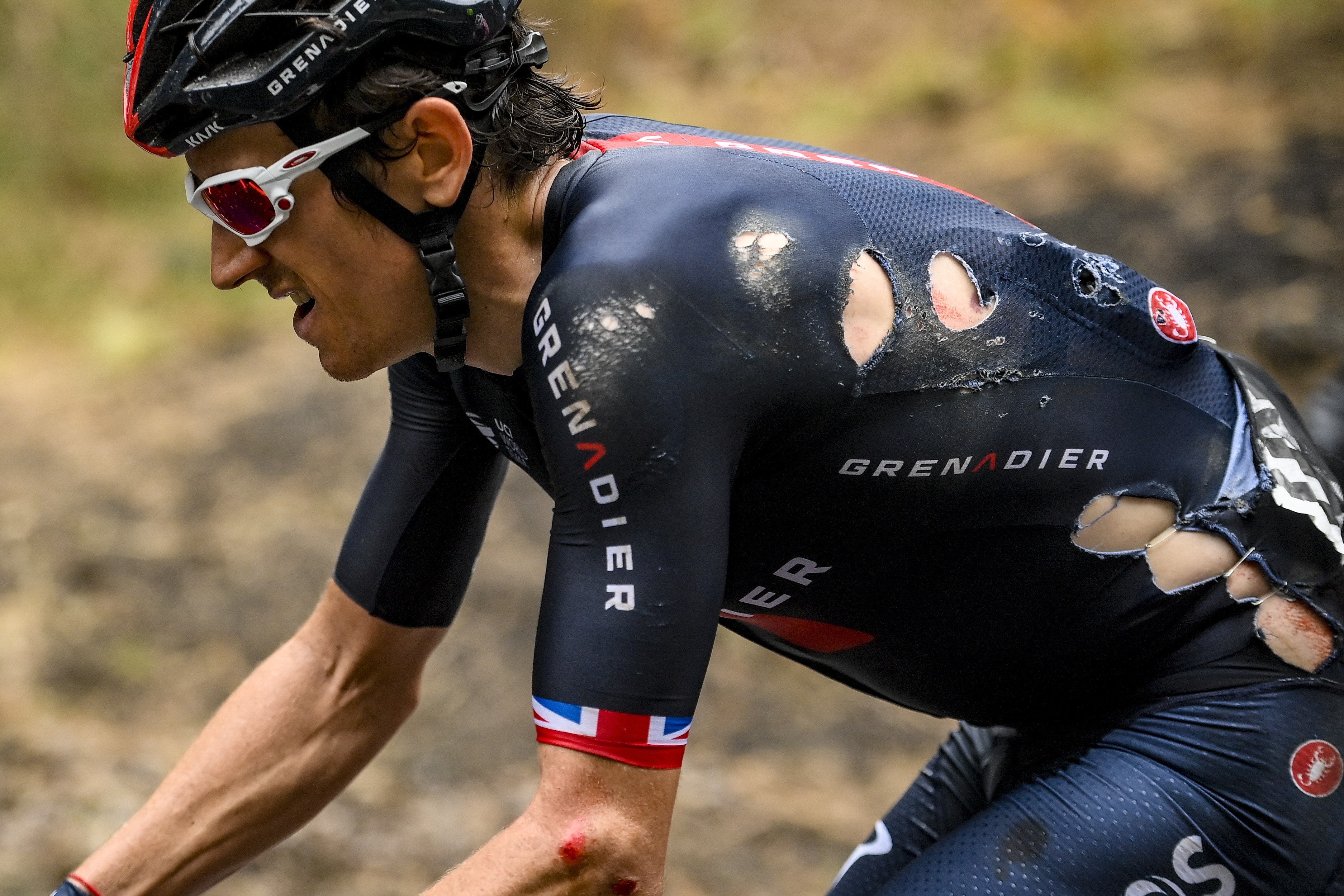 Yet the Welshman, 34, suffered a crash when a dropped bidon flew into his front wheel in the neutralised zone. He landed heavily on his left hip on the road and shredded his race suit.

The race was momentarily held up to allow him to remount and re-join the peloton.

Once the tempo increased, he started to struggle and lost contact with the bunch about 28km from the end.

Despite being told to target the Giro at the expense of the Tour de France, Thomas has tumbled 50 places down the GC rankings.

And crucially it means he won’t be wearing the coveted pink jersey later this month.

The 2018 Tour winner has had his fair share of bumps, bruises and back luck stories in recent years and this was one of the worst.

Thomas, riding in visible pain following the unfortunate fall, was undergoing medical checks overnight with team doctors.
Ineos Sport Director Matteo Tosatto said: “Around one or two kilometres into the neutralised start G got a bidon caught in his front wheel and crashed.

"Initially he had some pain but as the stage continued he felt better.

"However towards the end in the final 45 kilometres the pace increased and the climbs got steeper – he had some pain and had to finish the stage at his own pace.

"Now we’ll check him over and get a verdict from our medical staff."

Fellow Brit Simon Yates, 28, of Mitchelton-Scott also had a bad day in the saddle and lost time, crossing the line in 31st place. 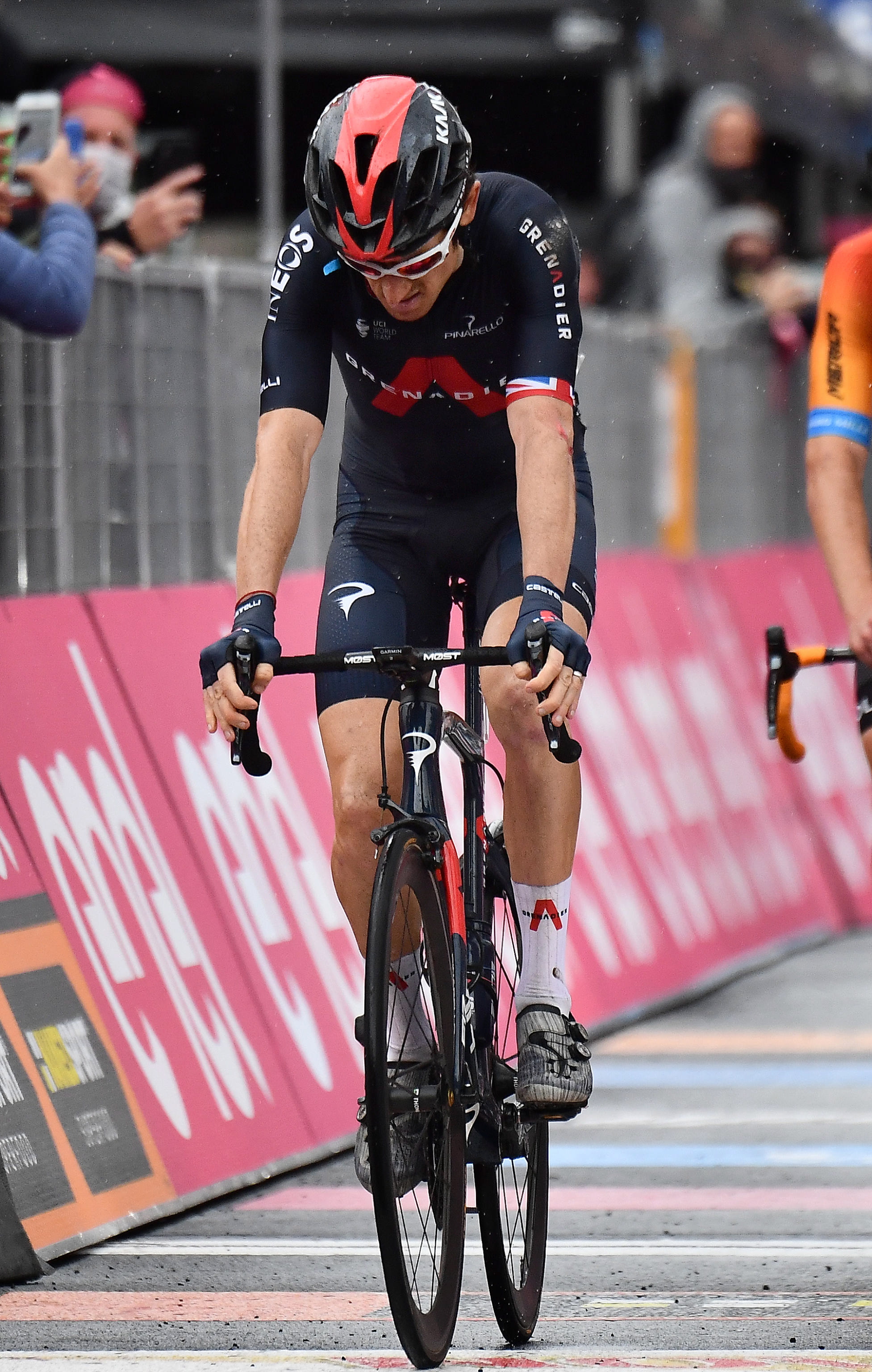