GIANLUIGI DONNARUMMA has been taking a well-earned rest in Sardinia with his girlfriend Alessia Elefante after his Euro 2020 heroics.

The Italy goalkeeper was pictured snuggling up to his sweetheart after his saves in the Euro final penalty shootout against England saw his side take all the glory. 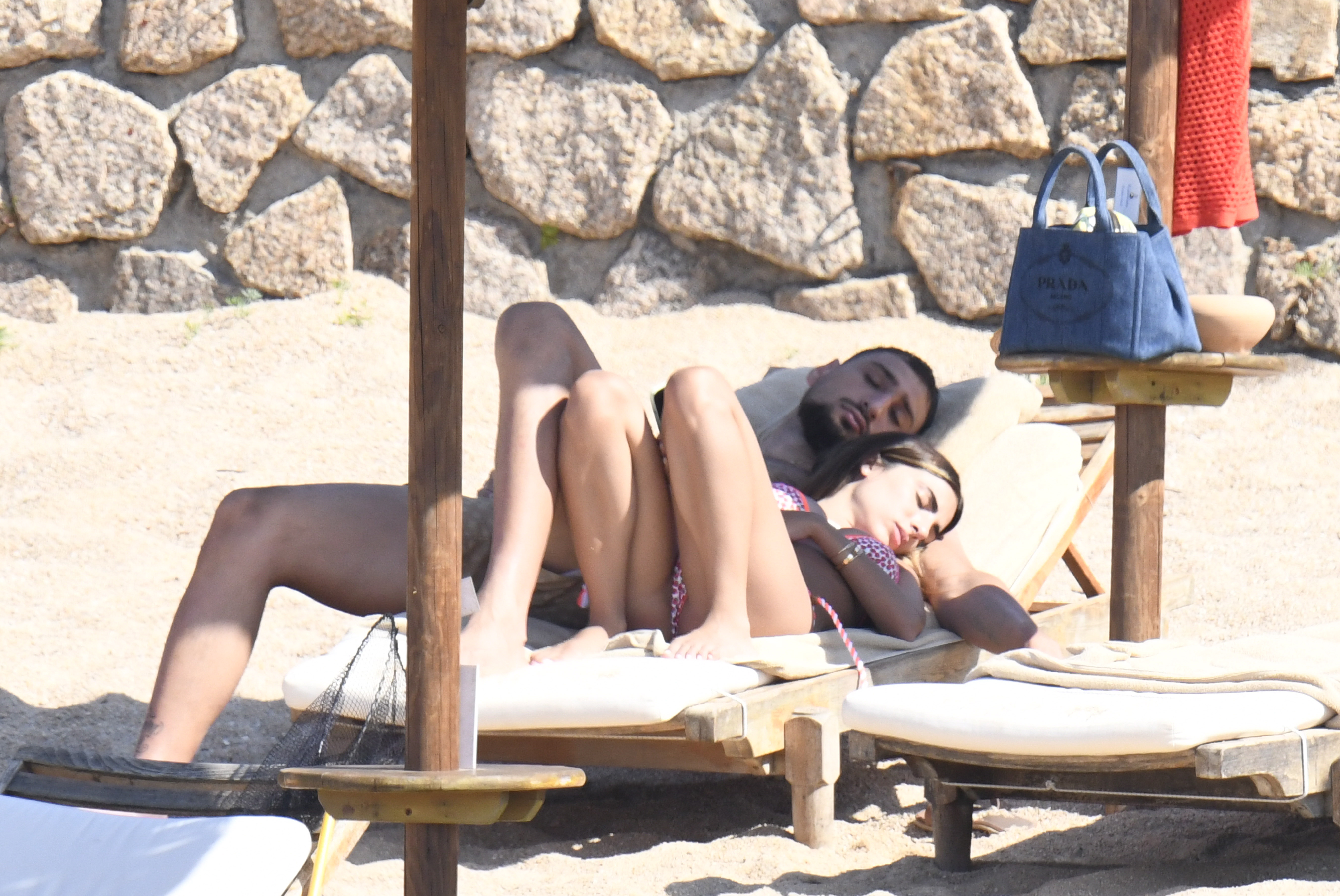 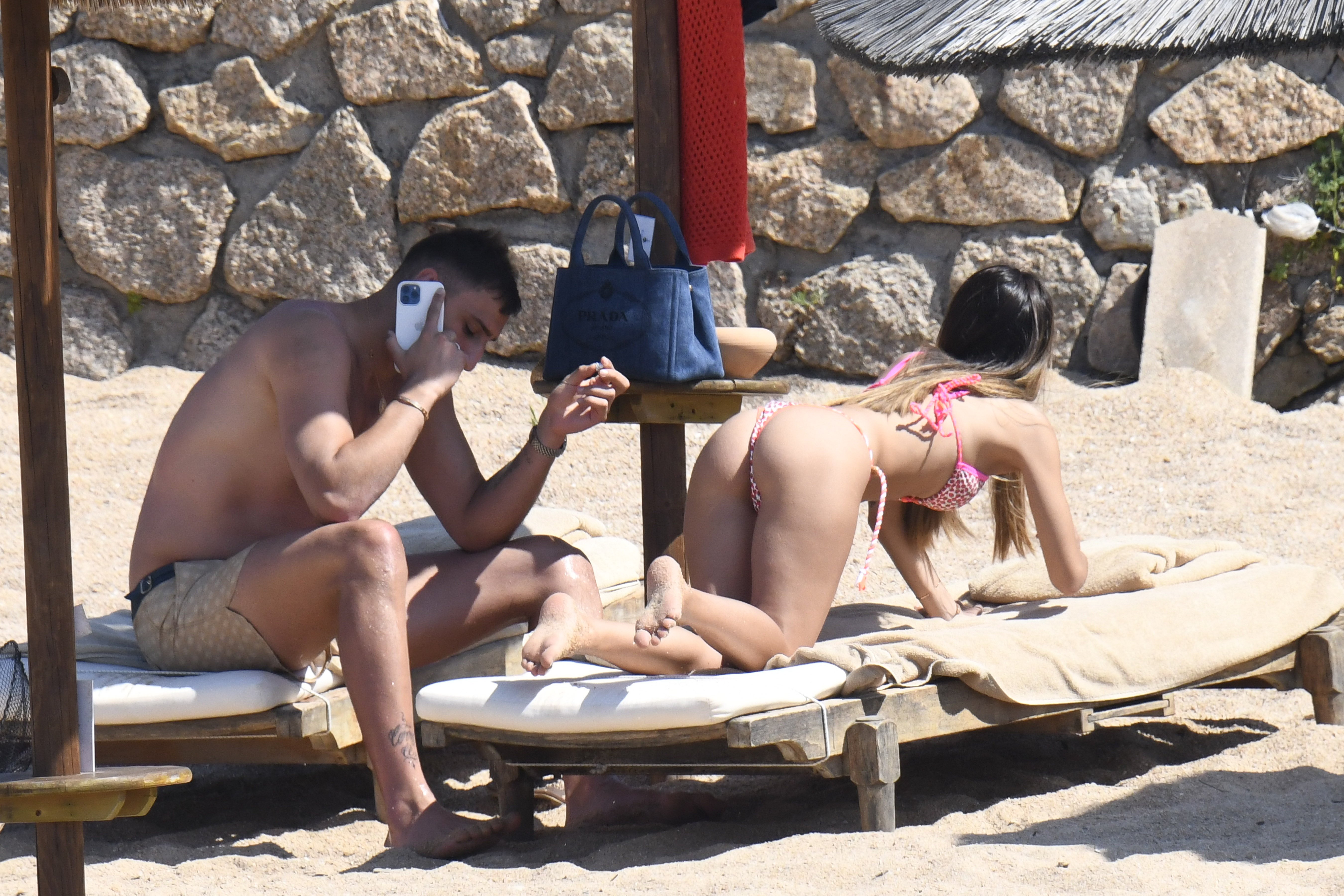 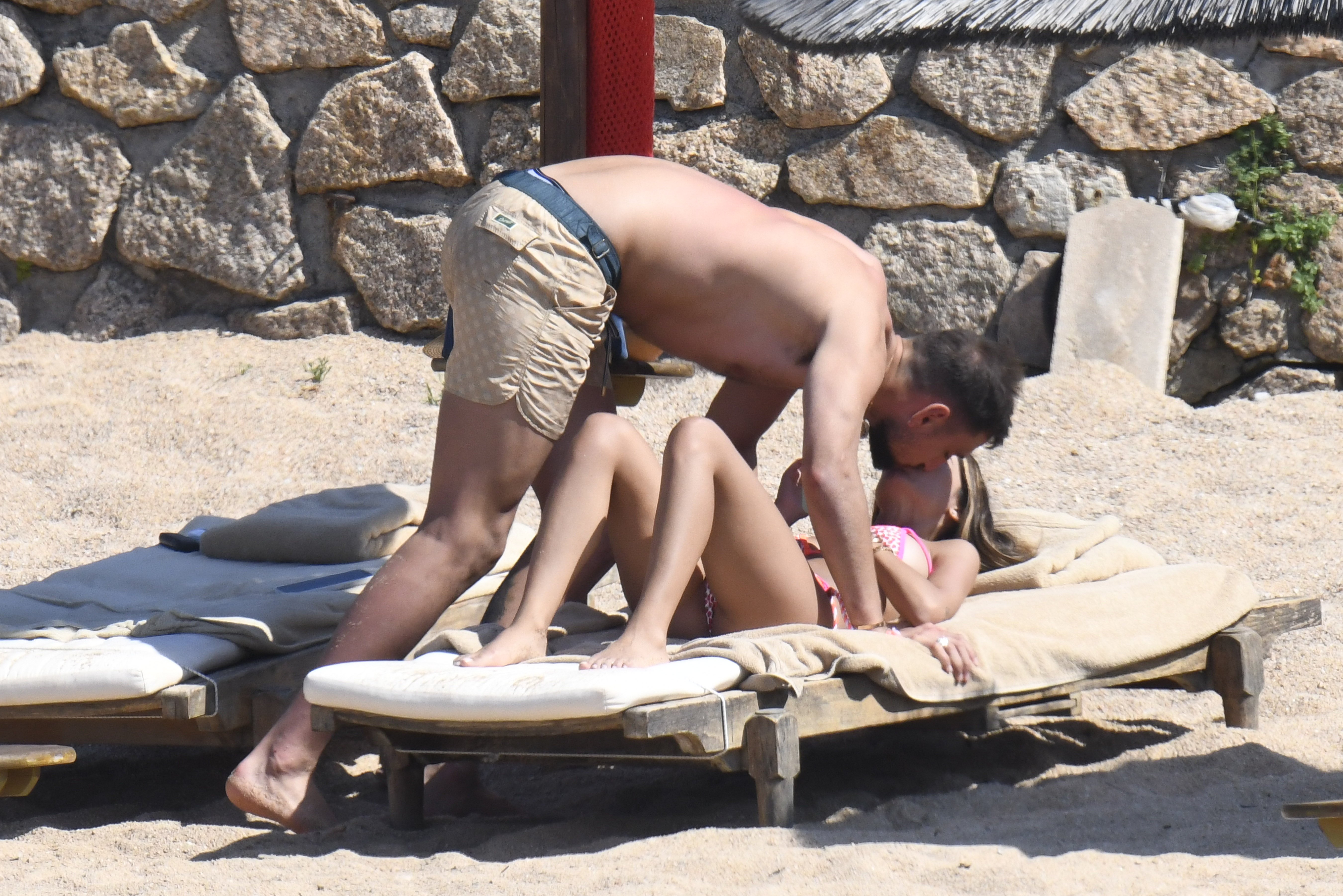 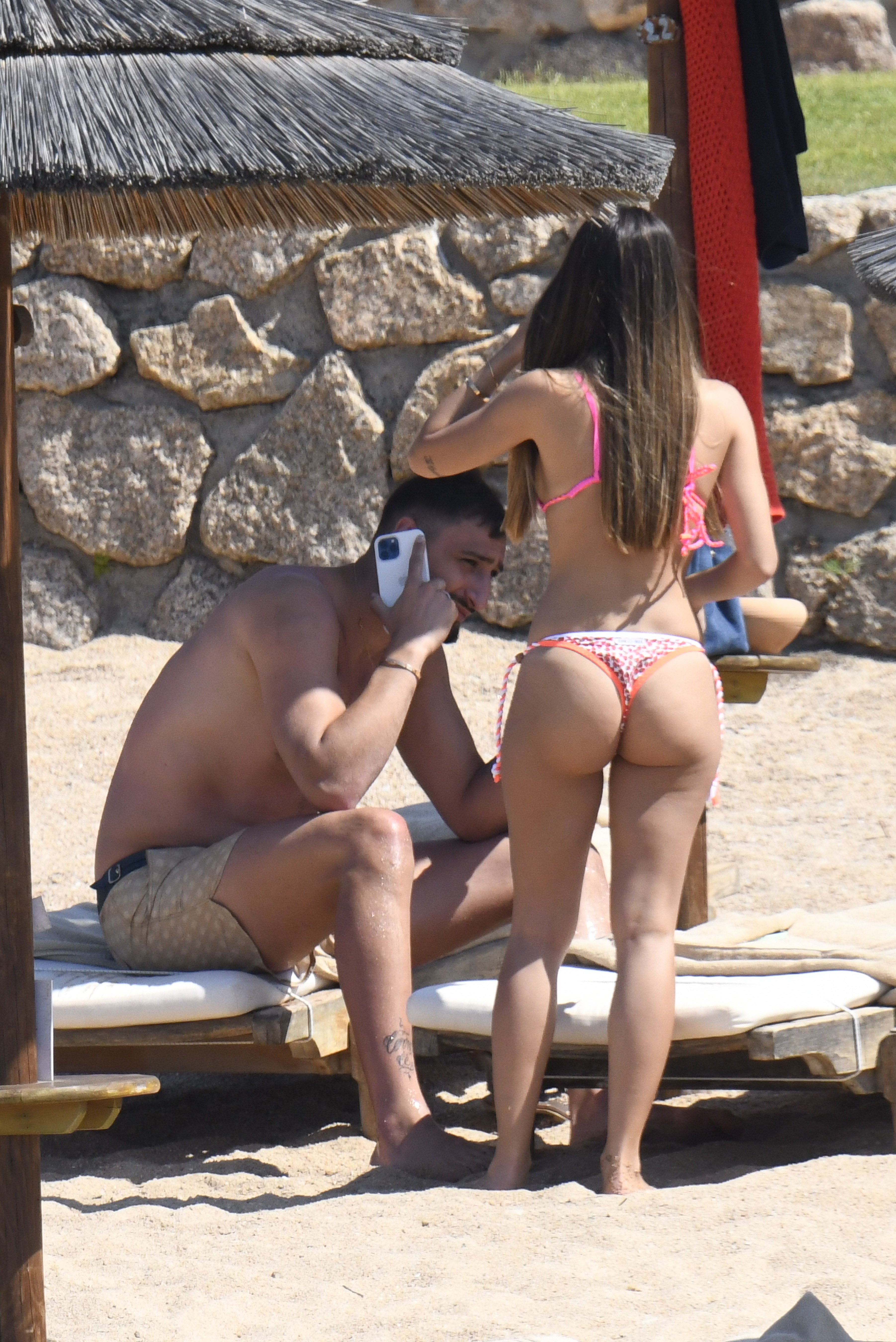 And they are still as close as ever if these pictures from the Italian holiday hot spot are anything to go by.

The island is a favourite of tourists from across Europe but very few England fans would be pleased to bump into the Paris Saint-Germain keeper on their travels.

Former AC Milan stopper Donnarumma saved kicks from Jadon Sancho and the decisive one from Bukayo Saka as Italy won the Wembley shootout 3-2.

He swiftly had the Euro trophy inked on his arm in celebration.

And he may have had to keep it out the sun as he relaxed with Alessia.

The affectionate couple were pictured snuggled up on a sun bed before enjoying a passionate kiss.

Donnarumma wore beige swim shorts and Alessia a pink bikini as the couple were joined by two friends.

The four were pictured chatting on the beach before Donnarumma and his male companion took to the sea and began messing around by jumping off a floating platform.

The Euro 2020 player of the tournament has signed a five-year contract with the French giants.

And the deal brings an end to Donnarumma’s six years as Milan’s No1 stopper.

And Donnarumma went on to play 251 times for Milan, winning the 2016 Italian Super Cup.

But he will now line up alongside superstars Neymar and Kylian Mbappe – and fellow new arrival Sergio Ramos – after opting to play for Mauricio Pochettino’s side. 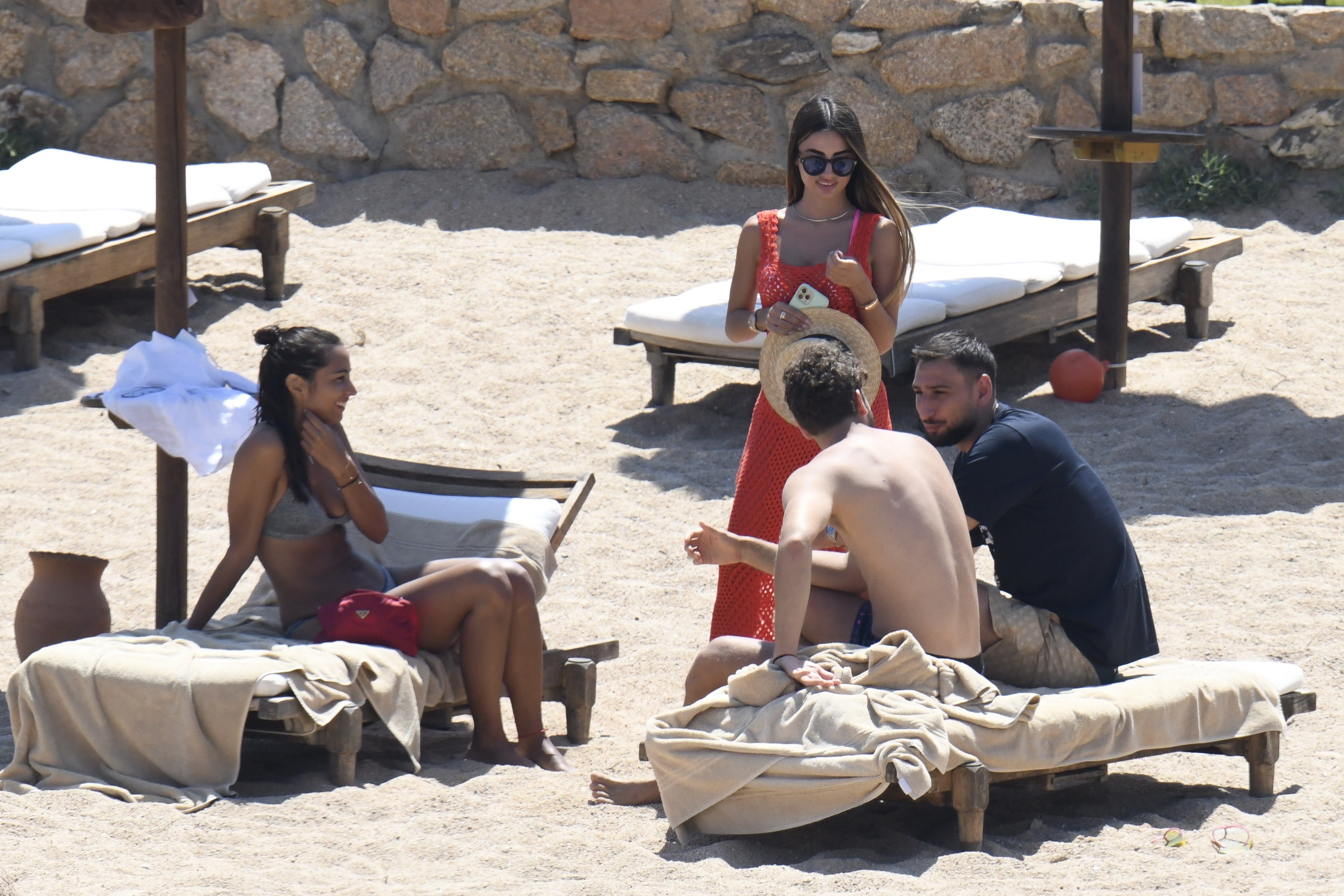 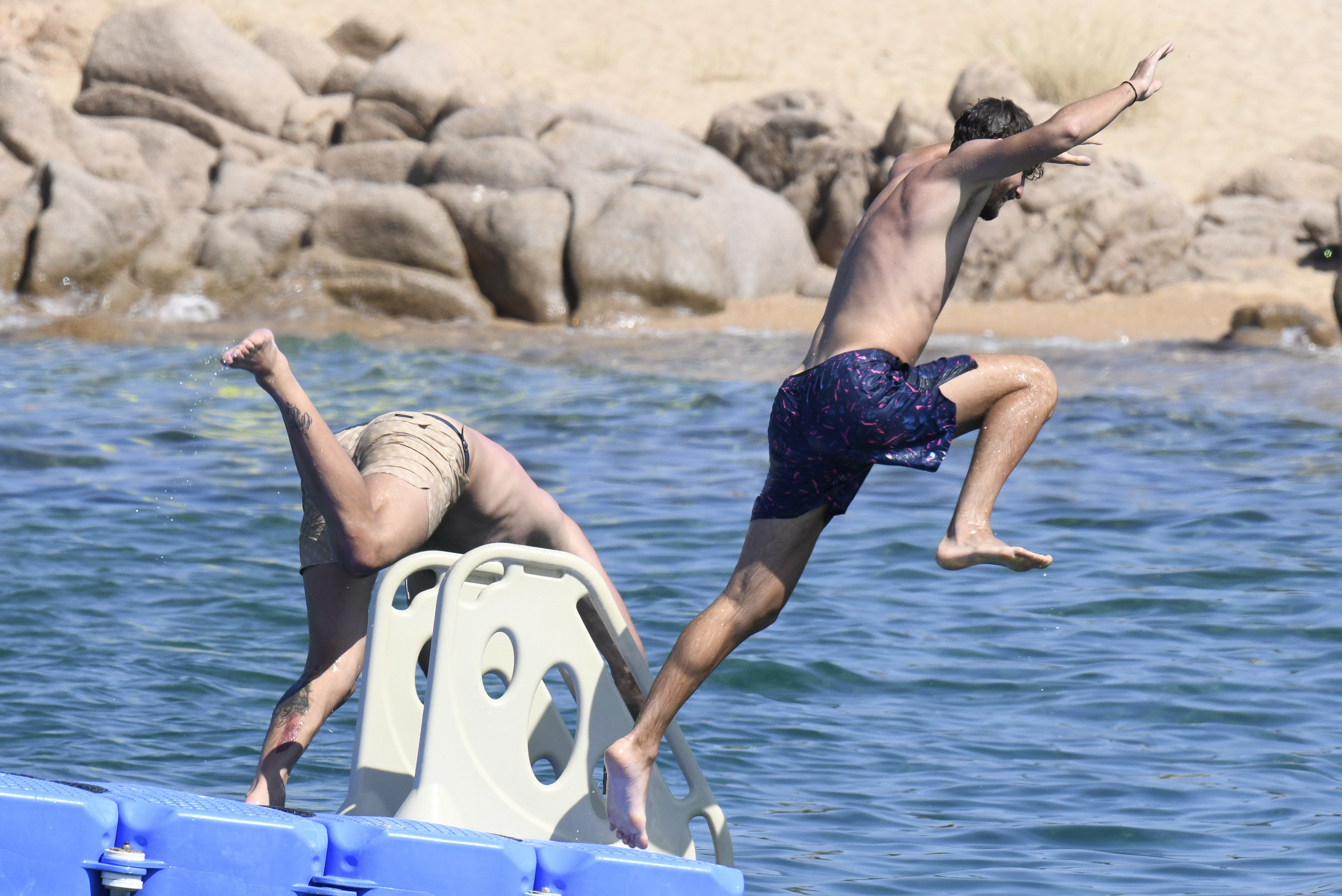 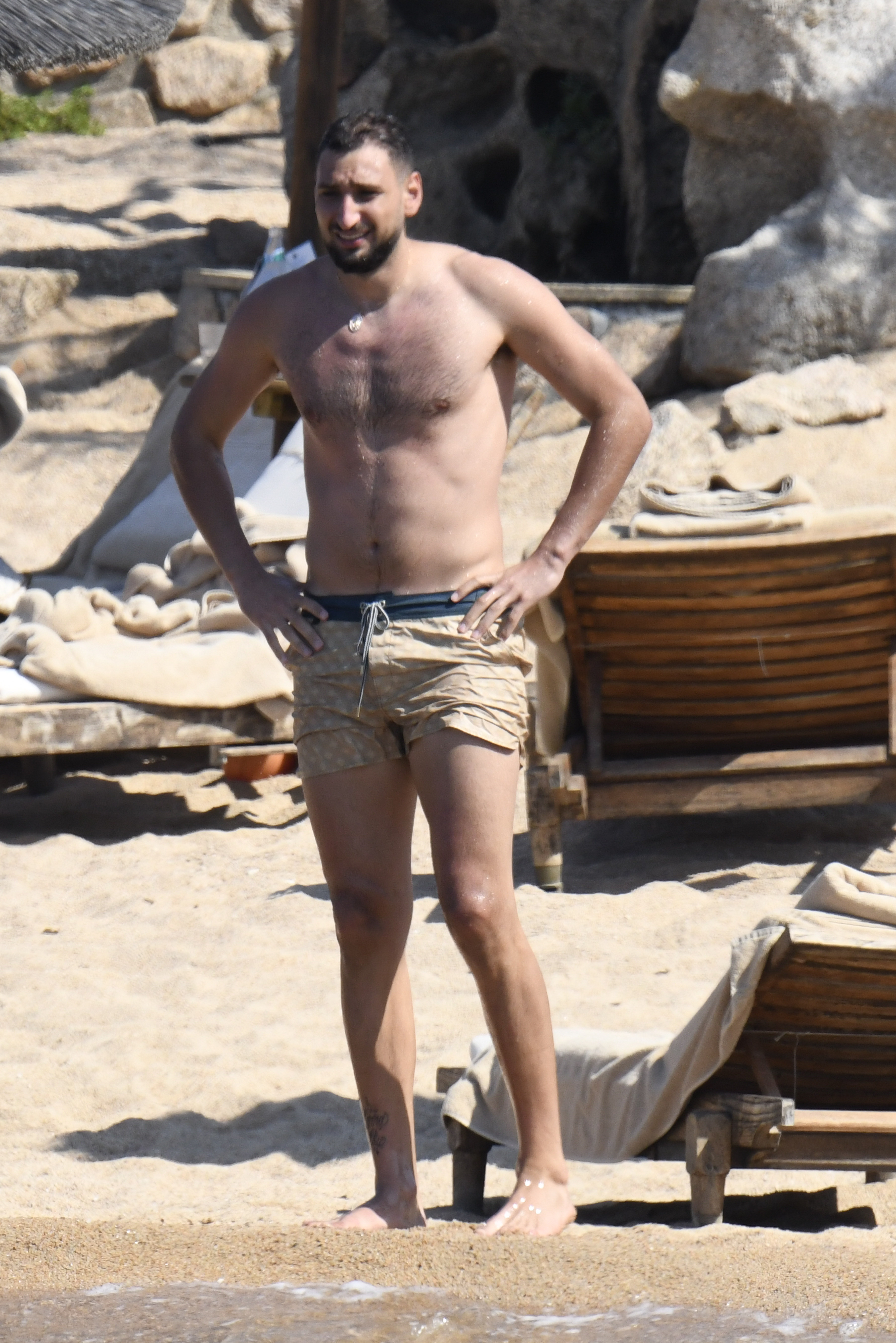 Donnarumma said: “I am delighted to be part of this huge club.

“I feel ready to take on this new challenge and continue to grow here.

“With Paris, I want to win as much as possible and to bring joy to the supporters.”