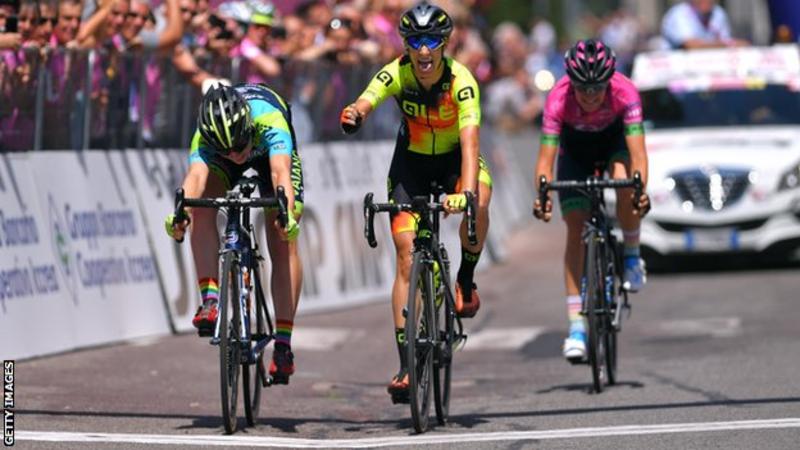 A premature celebration cost a rider their first stage win at the Giro Rosa – a day after one of her rivals made the same mistake.

Australia’s Lucy Kennedy said she had ‘learned her lesson’ after being pipped on the line in stage three.

But Italy’s Nadia Quagliotto did not heed the warning and in stage four an early cheer allowed compatriot Letizia Borghesi to snatch victory.

Although Quagliotto was denied, Borghesi marked the first stage win of her career and became the first Italian stage winner at the Giro since Marta Bastianelli in 2017.

“It’s the greatest day of my life,” said the 20-year-old Aromitalia Vaiano rider. “This win is for my family and my team.”

Chiara Perini was third in the sprint finish, making it the first all-Italian podium at the Giro Rosa since 2015.

Borghesi and Perini broke away from the peloton 38km into the 100.1km stage from Lissone to Carate Brianza, before being chased down by Quagliotto.

Borghesi led through the intermediate sprint with 30km to go, before Quagliotto thought she had done enough to clinch victory and raised an arm in celebration. 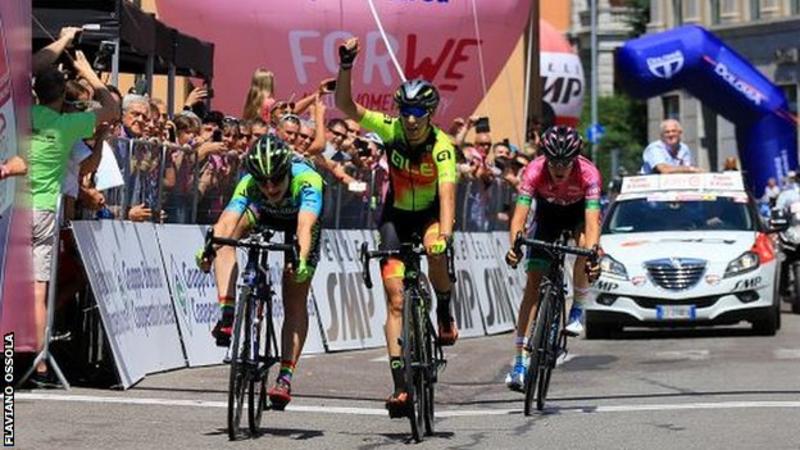 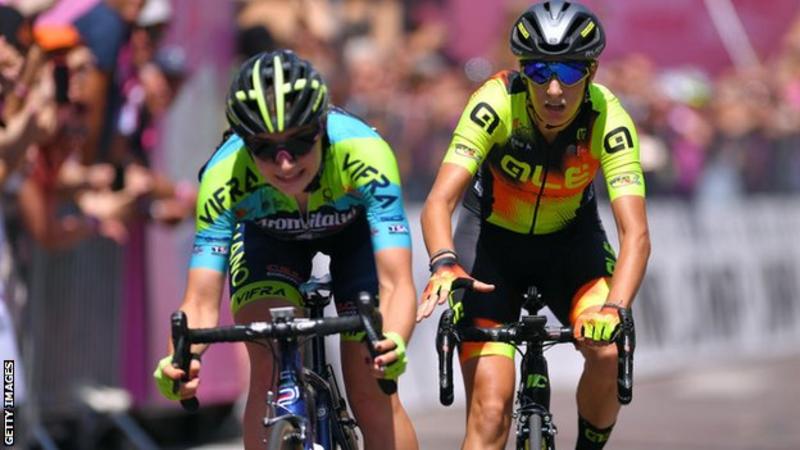