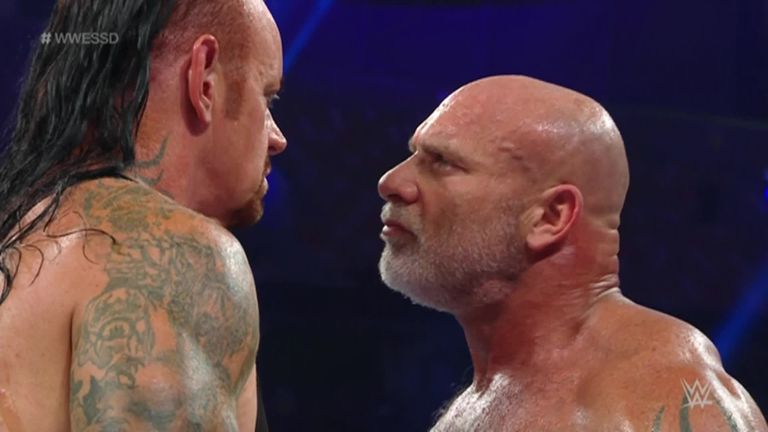 WWE great Mark Henry says the criticism Goldberg and The Undertaker have received for their match shows a lack of respect.

The two legends went head to head in the main event of Super ShowDown on Friday night in which Goldberg suffered a concussion.

Henry believes the 52-year-old Goldberg deserves credit for finishing the match despite being hurt early in it.

Speaking on SiriusXM’s Busted Open Radio, Henry said: “Goldberg deserves the respect that he’s earned. The guy went in and busted his face open. He finished that match. How about saying ‘thank you for not tapping out?’

“He could have easily said ‘Hey man, I can’t see, I rung my bell.’ And they went into a series of chokeslams and one, two, three, and it’s over. Could have done that. Didn’t do it. They went through it for you.