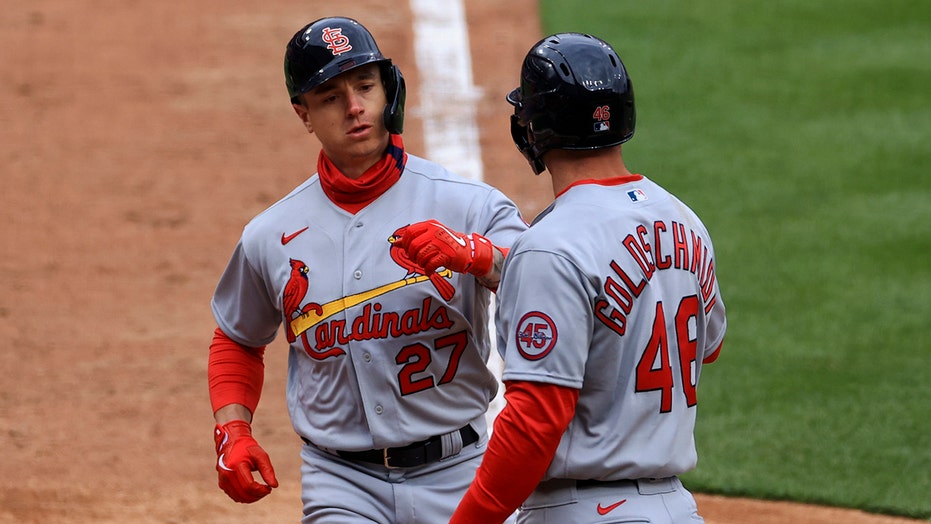 Paul Goldschmidt and newcomer Nolan Arenado combined for six hits in a boosted St. Louis lineup, and the Cardinals roughed up Luis Castillo for six runs in the first inning to beat the Cincinnati Reds 11-6 Thursday in a chilly opener.

With snow flurries and a game time temperature of 37 degrees, the Cardinals scored all their runs in the first four innings. Dylan Carlson hit a three-run homer and Tyler O’Neill connected for a two-run shot.

Castillo (0-1) had a bad day almost from the start. He surrendered 10 runs, eight of them earned, on eight hits over 3 1/3 innings.

Goldschmidt, who had four hits and scored three times, doubled with one out in the first and Arenado, the star third baseman acquired in an offseason trade from Colorado, followed with a single.

An error by shortstop Eugenio Suárez, who was moved over from third base in spring training, let two runs score and Carlson homered to cap the burst.

Singles by Goldschmidt and Arenado and another error by Suárez led to another run in the second.

The Cardinals added four more in the fourth on an RBI single by Goldschmidt, a wild pitch and O’Neill’s drive.

The Reds chipped away but couldn’t score runs in bunches. Down 11-6 in the sixth, they loaded the bases with one out. But Nick Castellanos’ liner to center fielder was snagged by Carlson, who doubled off Tyler Stephenson at second base.

A “sold-out” crowd of about 12,000 socially distanced people braved the frigid conditions for the first game at Great American Ball Park with fans in 18 months.

Reds: CF Nick Senzel injured his left shoulder making a terrific diving catch of Arrenado’s liner in the fourth inning. Tyler Naquin pitch-hit for him in the bottom of the inning and then replaced him in the field. OF Shogo Akiyama (hamstring), RHP Sonny Gray (back) and RHP Michael Lorenzen (shoulder) are on the 10-day disabled list retroactive to March 29.

After an off day, the Cardinals will send RHP Adam Wainwright to the mound against RHP Tyler Mahle on Saturday afternoon.