At 3.26pm on the fifth day of the final Test, Bill Johnston was bowled by Glenn McGrath to give Australia’s 2002 team victory over Australia 1948 and with it a 2-1 series win to stake their claim to be the finest XI ever to set foot in a Test arena.

Steve Waugh won the toss and chose to bat and the 2002 team started well, before Doug Ring induced an edge from Justin Langer on the point of lunch. After the break, Matthew Hayden continued with Ricky Ponting for company, and brought up his century with a flicked two through midwicket off Keith Miller just before tea.

The interval brought about a change in fortune for Don Bradman’s 1948 team as Johnston removed Hayden for 111, Ponting for 53 and Mark Waugh for 10, all in the space of 50 minutes of play. After Damien Martyn and Adam Gilchrist both fell in the last half hour of the first day, stumps were taken with the score 264-6. 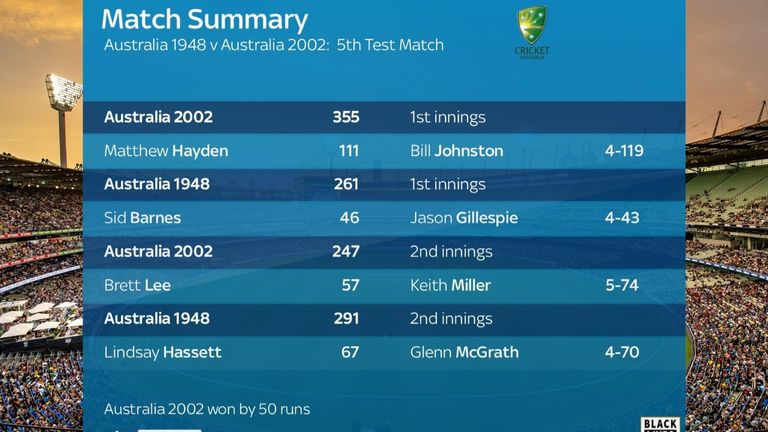 Steve Waugh was ably supported by Brett Lee early on the next day and completed his fifty before the innings came to an end for 355 half an hour after lunch.

Arthur Morris fell early to Jason Gillespie, but it was Glenn McGrath – as so often – who struck the hammer blow when he trapped Bradman lbw for 31. Not to be outdone, Shane Warne was soon into the act, dismissing Hassett for 14, Barnes for 46 and then Miller also for 14 to reduce the 1948 side to 132-5 at the end of the second day. 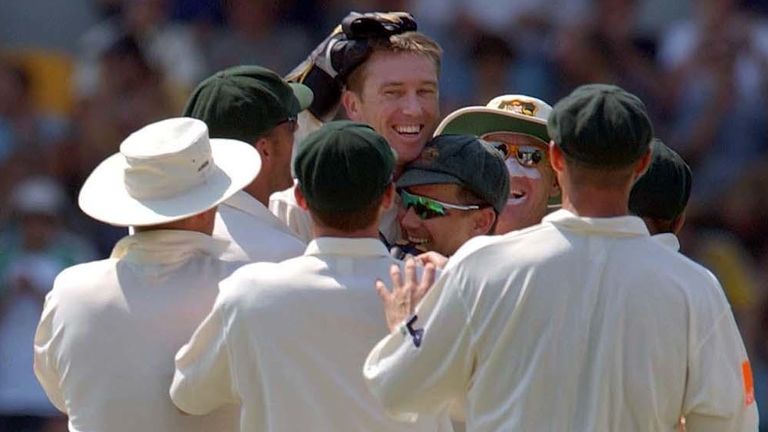 Gillespie removed Neil Harvey in the second over of day three and Lindwall and Loxton fell soon afterwards. Don Tallon and Ring added 61 for the ninth wicket, and Ring an additional 36 for the 10th wicket with Johnston before Waugh’s decision to take the new ball brought about the end of the innings for 261, a lead of 94 for his team.

Second time around, the 2002 side were soon in trouble as Miller and Johnston took two wickets apiece to leave them reeling at 49-4. Martyn saw out the rest of the third day in partnership with his captain which ended with the score 112-4.

The fourth day’s play started with a bang as both the overnight batsmen were dismissed within two overs, and Warne followed to complete a ‘pair’. Gilchrist decided that attack was the best form and hit out to great effect, completing a 48-ball half-century and he was nearly matched stroke for stroke by Brett Lee. 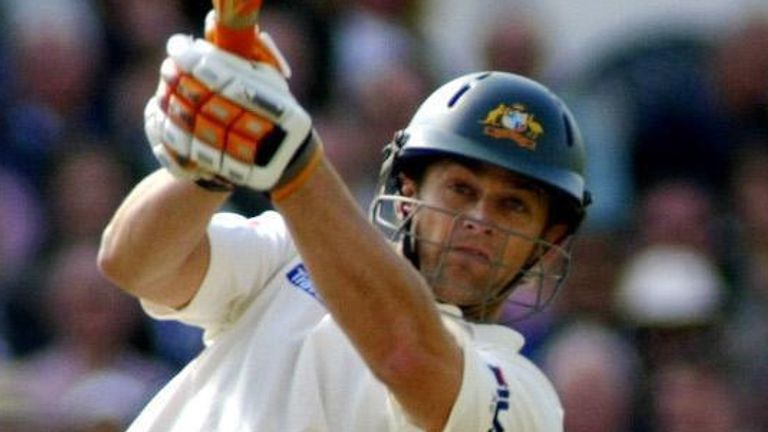 The pair added 93 for the eighth wicket in just 17 overs before both fell to Johnston. When McGrath was dismissed 10 minutes after lunch the target for the 1948 side was 342 to win and take the series with nearly five session of play left.

Barnes fell early to McGrath, but Arthur Morris looked in great form, lifting Warne for six in just the leg-spinner’s second over of the innings. However it was an inspired piece of fielding from Ponting that ran out the opener for 48 just before tea to give his side a lift, just when they might have thought the second-wicket pair was taking the game away.

Bradman and Hassett continued for an hour after tea, before Lee induced an edge from Bradman which was gobbled up by Mark Waugh at second slip with nonchalant ease. Miller joined Hassett and saw his side to the close at 175-3, just over half way to their target, with 167 more runs to get. 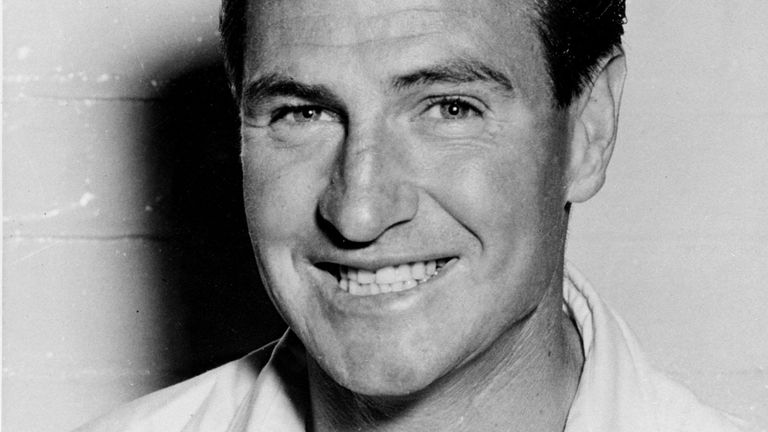 Gillespie struck the first blow on the final day, removing Miller for 15 and then Warne forced Hassett to edge into the waiting bucket hands of Hayden at slip for 67. Warne trapped Harvey leg-before for 20 and the 1948 team reached lunch at 252-6, with Loxton and Lindwall at the crease, still hoping for victory.

McGrath then struck a crucial double-blow soon after the interval, first finding the edge of Lindwall’s bat and then forcing Tallon to prod to short-leg. Ring stuck around with Loxton for an hour and a quarter in scoring just nine, but once Warne found a way past his bat, the writing was on the wall, and the end duly came two overs later.

And so the Australian side of 2002 have been crowned champions of this Virtual tournament. Perhaps the last words should go to a man who played four Tests against them in the 2002-03 Ashes series – Rob Key: “They were playing a different game to us. It was like they were the modern day avengers with abilities normal players like me couldn’t comprehend.”