Home » Sport » Heartbreak for Team GB men after losing out on Olympic gold in 4x100m relay by 0.01 SECONDS – as women bag bronze

The British foursome of CJ Ujah, Zharnel Hughes, Richard Kilty and Nethaneel Mitchell-Blake won silver in their respective final but were pipped by Italy in the closing strides. 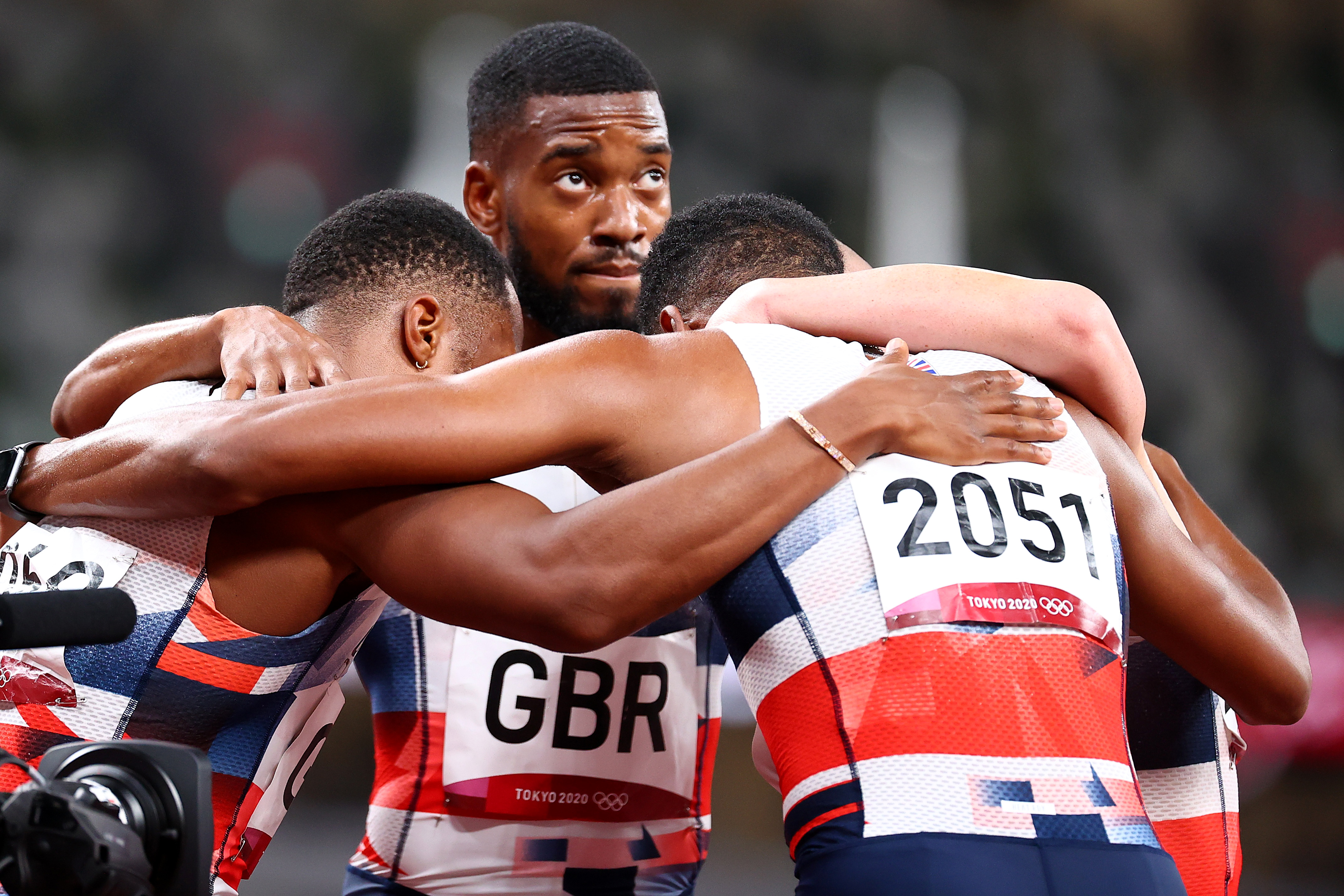 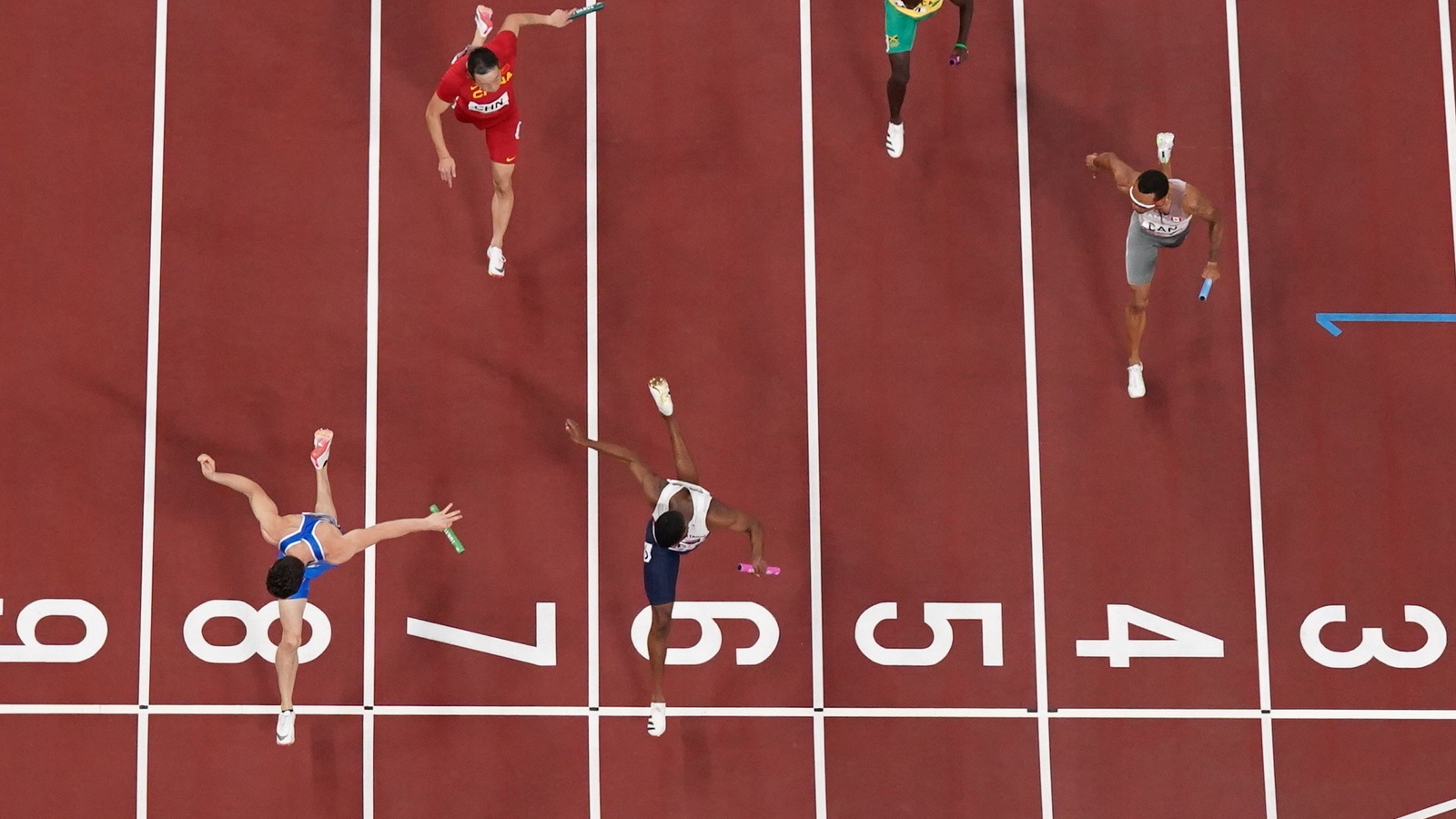 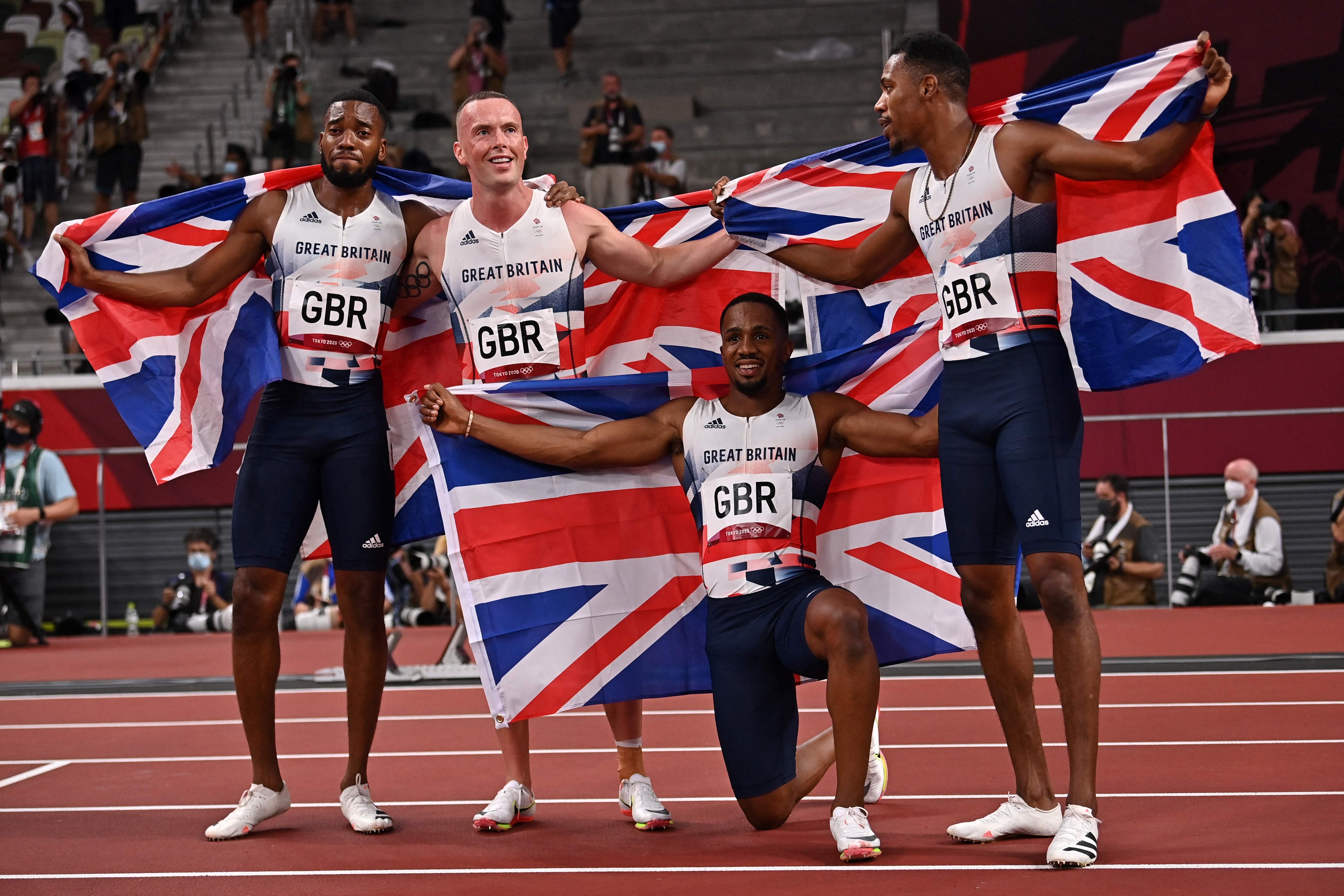 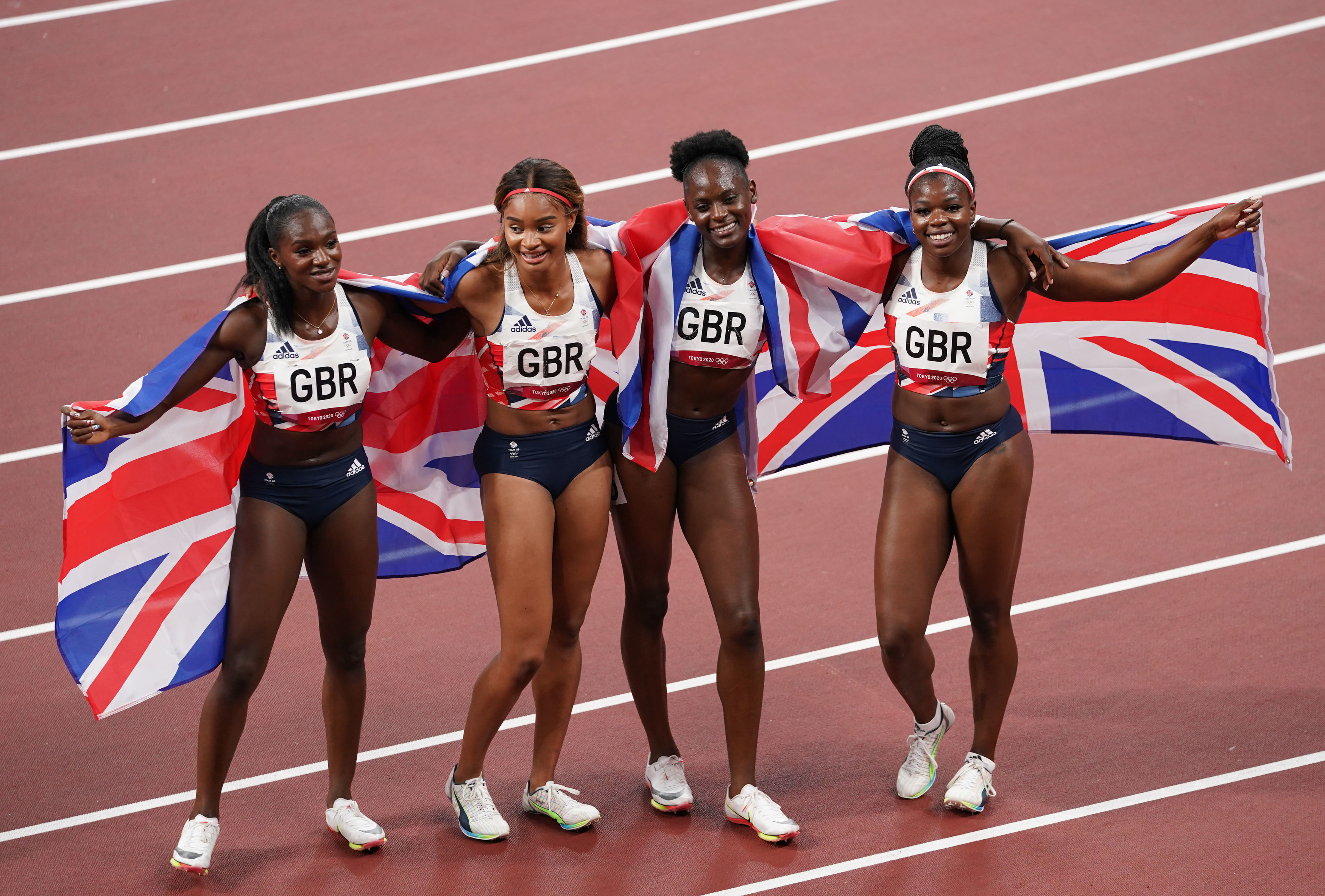 Italy, who had the recently-crowned 100m champion Marcell Jacobs in their ranks, came first in 37.50 seconds.

Speaking to BBC afterwards, Kilty said: “After the heat we knew we had to pull it out and give it our everything, we were prepared to die that's what we said, we would do anything – what more can we ask for.

“We're Olympic silver medallists and in Rio we finished fifth and so we wanted a medal, we went to win it but we were unlucky – this is unity and a team and we're in this together and we absolutely pulled it out as a quartet to win this medal.

“And in 20 years' time we will look at this as one of the best moments of our lives.”

Mitchell-Blake then added: “Apologies if I seemed ungrateful at first – it's just we put a lot of work and effort into this and we believe we're the best quartet in the world and we wanted to display that when the time comes.

“We want to show the world we deserve to be on the platform we are.”

Kilty responded to his team-mate: “This man ran an amazing leg and he looked disappointed but this is a team – he's been part of three of the fastest teams in British history. He's a legend and he brought us home in incredible style.”

But Dina Asher-Smith ensured she would not leave Tokyo empty-handed after relay redemption on the track – but there were no major celebrations on the track.

Britain’s fastest woman was left distraught as she failed to make the 100m final last Saturday and then revealed in a tear-jerking TV interview the injury issues she has faced over the past six weeks.

Asher-Smith, who did not run in the 200m this week, could have left these Games with nothing but regrets and tears to show for her efforts.

But the Londoner, alongside Asha Philip, Imani-Lara Lansiquot and Daryll Neita, won bronze in the 4x100m relay final — a second successive Olympic medal in the sprint relays for Team GB.

They came third in a time of 41.88 seconds behind champions Jamaica (a national record of 41.02 seconds) and silver medallists from the United States (a season’s best of 41.45 seconds).

Yet it was clear from their initial body language that they could have done so much better and perhaps run even quicker.

The quartet had set a national record of 41.55 seconds in the heats and that had given them massive hope of potentially going for gold this evening. 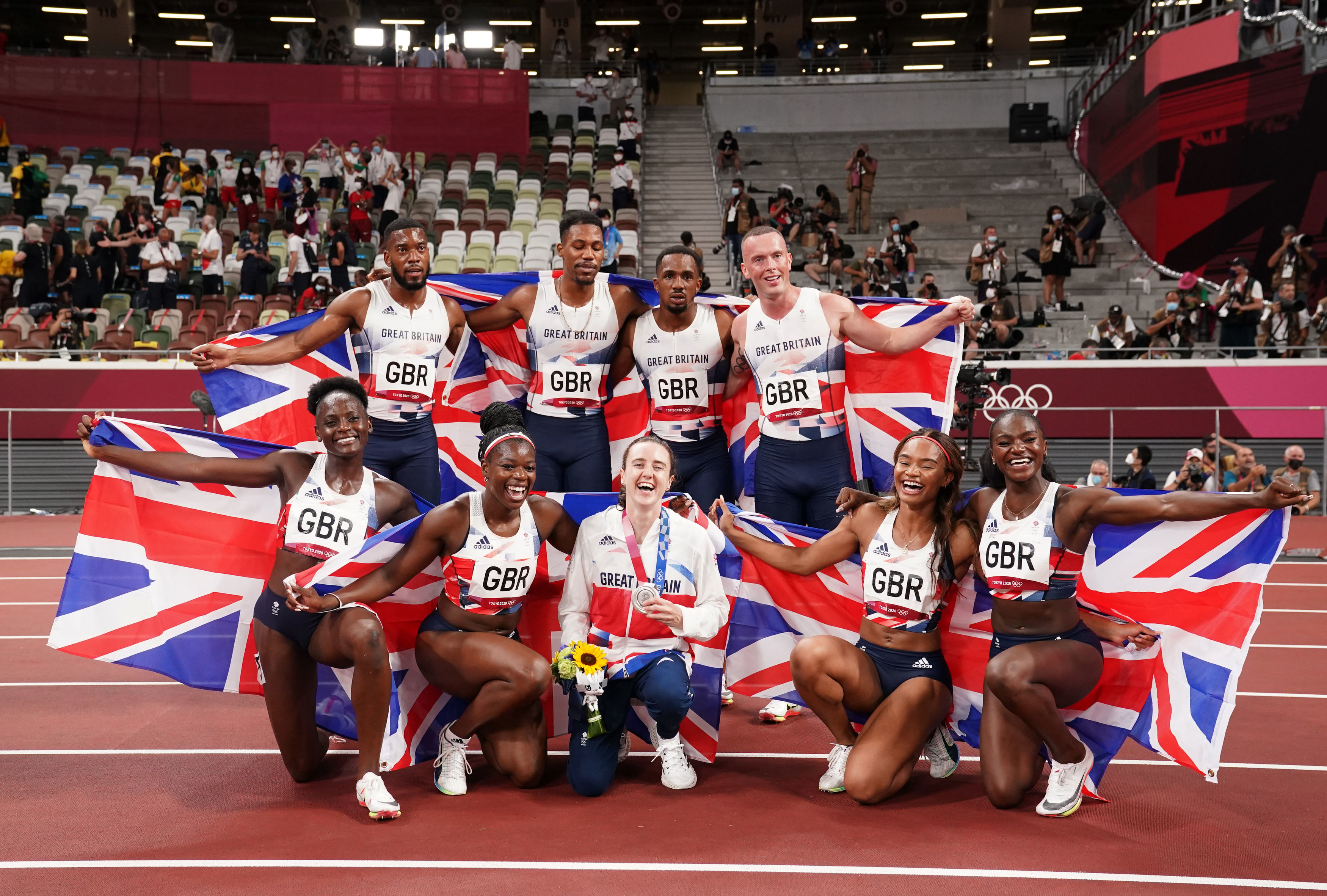 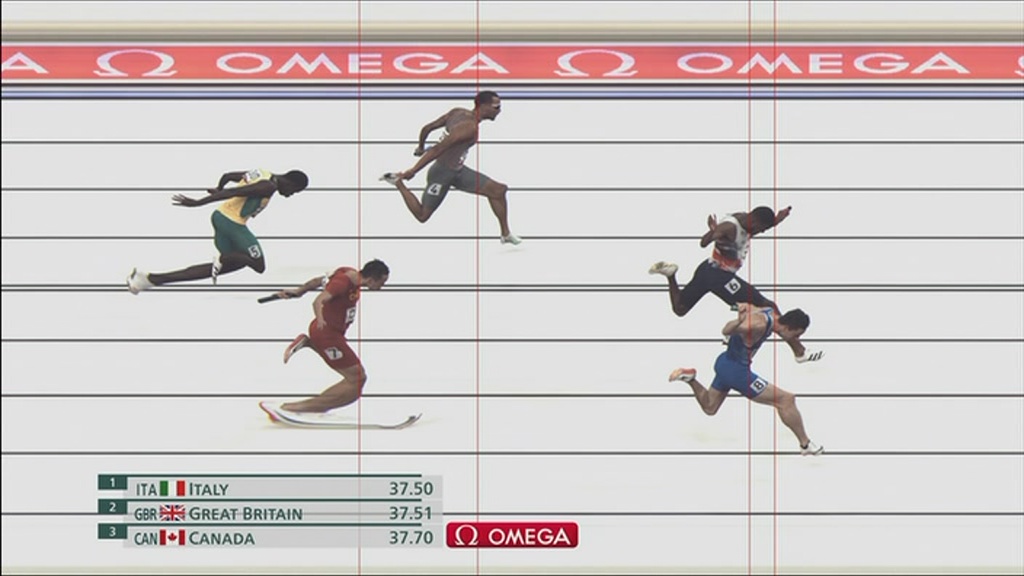 But four poorly-timed baton changes proved their undoing, especially as last-leg runner Neita was in fifth place coming down the 100m.

Neita, who broke 11 seconds for the first time in the 100m heats, did well to move into third place, overtaking the Dutch and Swiss runners, but she had too much ground to make up.

Jamaica took the gold in the 4x100m relays for the first time since Athens 2004 and broke the monopoly set by the United States.

🥇 TOKYO OLYMPICS LIVE: All the latest from the Games with our live blog

🥇 WHAT'S ON TODAY? Best bits to watch at the Olympics and UK times for your favourite stars 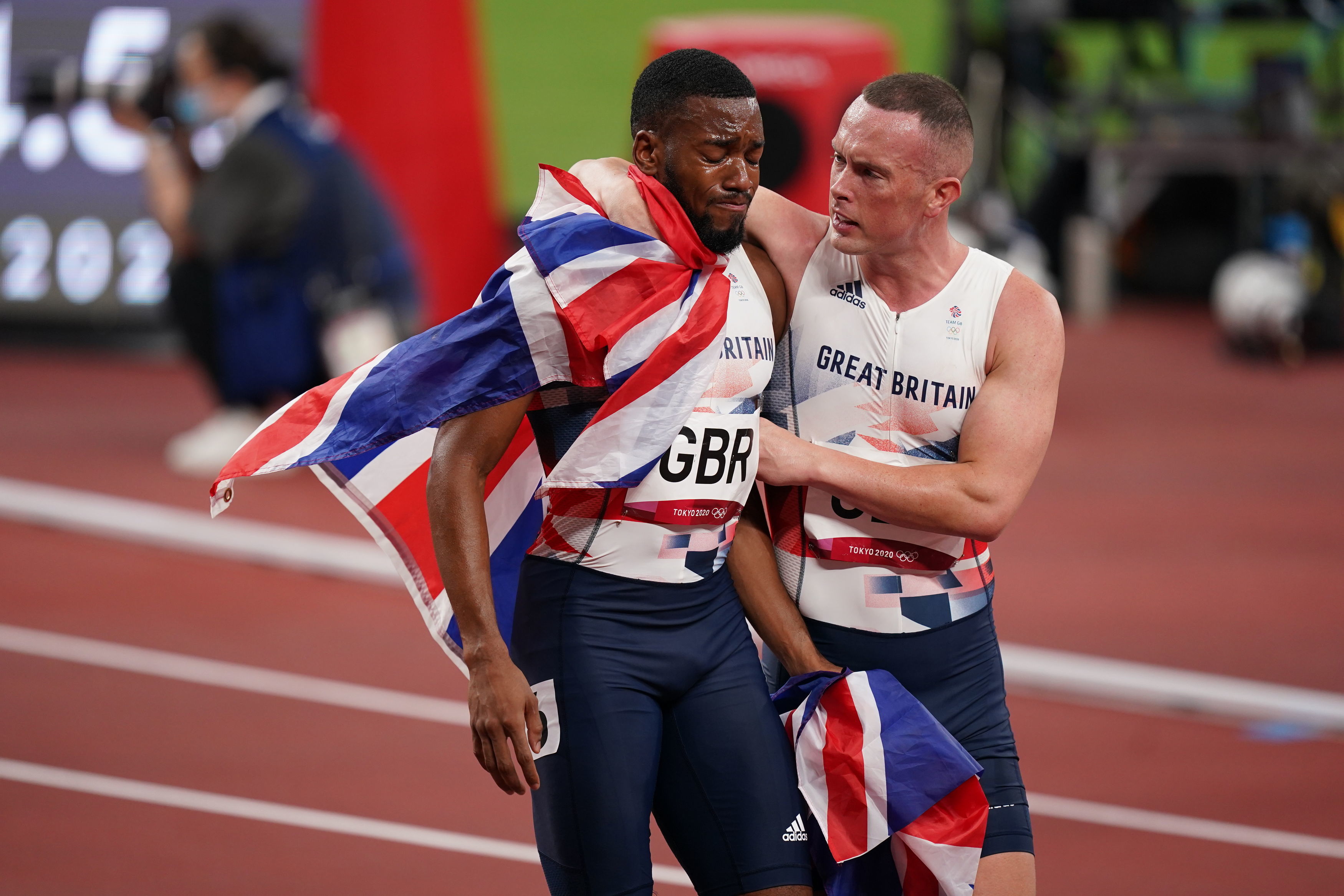 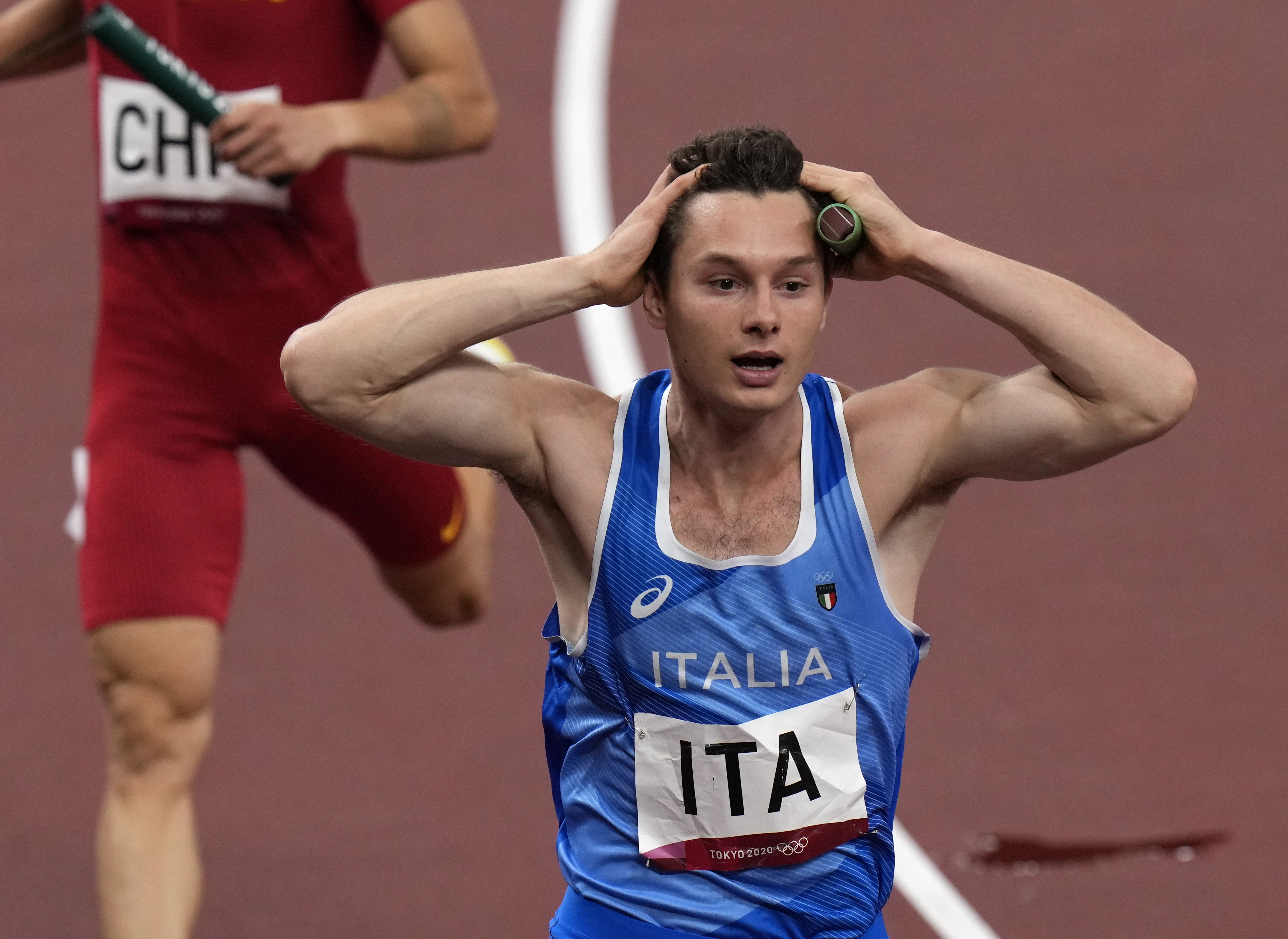