Home » Hockeyroos win appeal against axings, but spots at Tokyo not assured

Two senior Hockeyroos players have won an appeal against their axing from the squad in late 2020, although their selection for the Tokyo Olympics remains uncertain.

Current FIH world goalkeeper of the year Rachael Lynch and former Hockeyroos captain Georgie Morgan were dropped from the squad as player unrest with non-playing leadership came to a head last year. 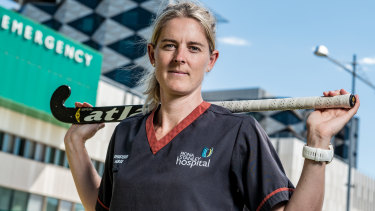 Lynch (pictured) and Morgan have won their appeals.Credit:Tony McDonough

While every person on the selection panel who decided to drop Lynch and Morgan had left their roles by mid-March, the pair had to wait more than 130 days for their appeal result.

While the appeal found it was wrong for Lynch and Morgan to be axed, Hockey Australia has still not been clear whether new coached Katrina Powell alone can select them for Tokyo, or if a selection panel needs to be formed to make such a decision.