THERE may be no crowds at Cheltenham, but Honeysuckle and Rachael Blackmore will steal the show if they can land the Champion Hurdle.

And the horse’s owner Kenny Alexander reckons the pair deserve movie star status if they top the bill in the big Day One clash. 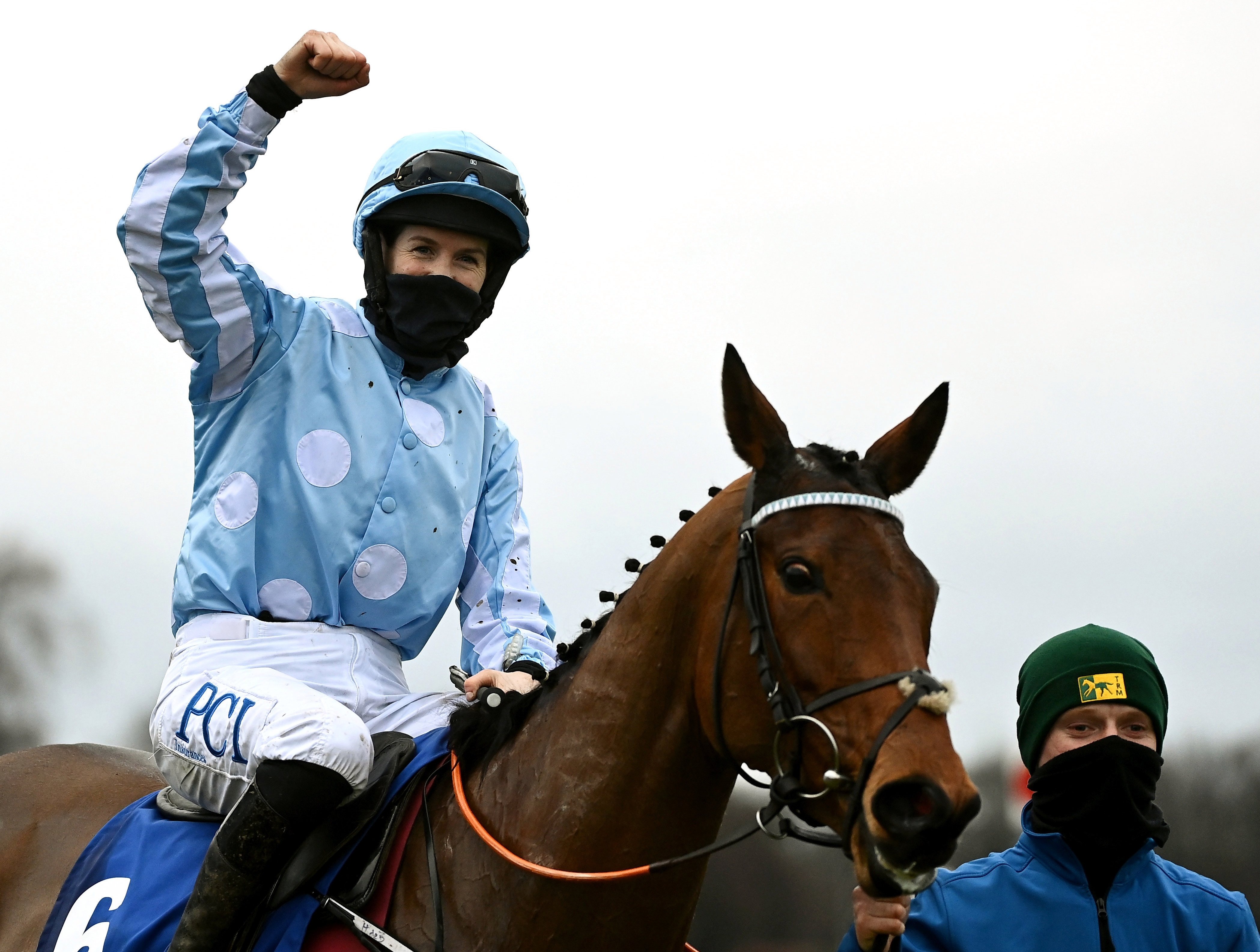 The Scottish owner’s superstar mare and her rider will be doing it for the girls as Blackmore bids to become the first female victorious in the Tuesday showpiece.

Alexander said: “It would be brilliant for the sport if they won, it’s a great story.

“Rachel has won Grade 1s before but to become the first female rider to win a Champion Hurdle would be fantastic.

“If she could win on the mare at the Festival it would be a hell of a story – they’d maybe even do a film on it one day!”

Alexander, whose six-time Grade 1 hero is favourite after stunning performances in the Irish Champion Hurdle and the Hatton’s Grace, reckons the strong bond between horse and human is key.

He said: “Rachael has been a huge part of it, she’s at the top of her profession and gets on very well with Honeysuckle.

“Together they’re a very popular combination — Rachael is well-liked by everyone in Ireland and the public have grown to admire Honeysuckle, too.

“They are a great match, she’s a very positive jockey and the horse races prominently so wants to be ridden positively.

The ultimate home for all your racing needs.

Number one for tips, betting offers and news – as well as full racecards and an interactive results and odds comparison service.

“They get on really well together and she’s got total faith in her.

“I have never ridden a horse, I wouldn’t know how to train one or ride one, but when horse and jockey have that relationship it can only be a winning combination.

“Rachael has worked her way up from nothing, she doesn’t come from one of the racing dynasties and has done things the hard way.

“She’s got her head down, worked hard and she’s one of the best jockeys in the game now. Five or six years ago nobody would have thought she would be up there trying to win an Irish jockeys’ title but she’s got every chance of doing it. 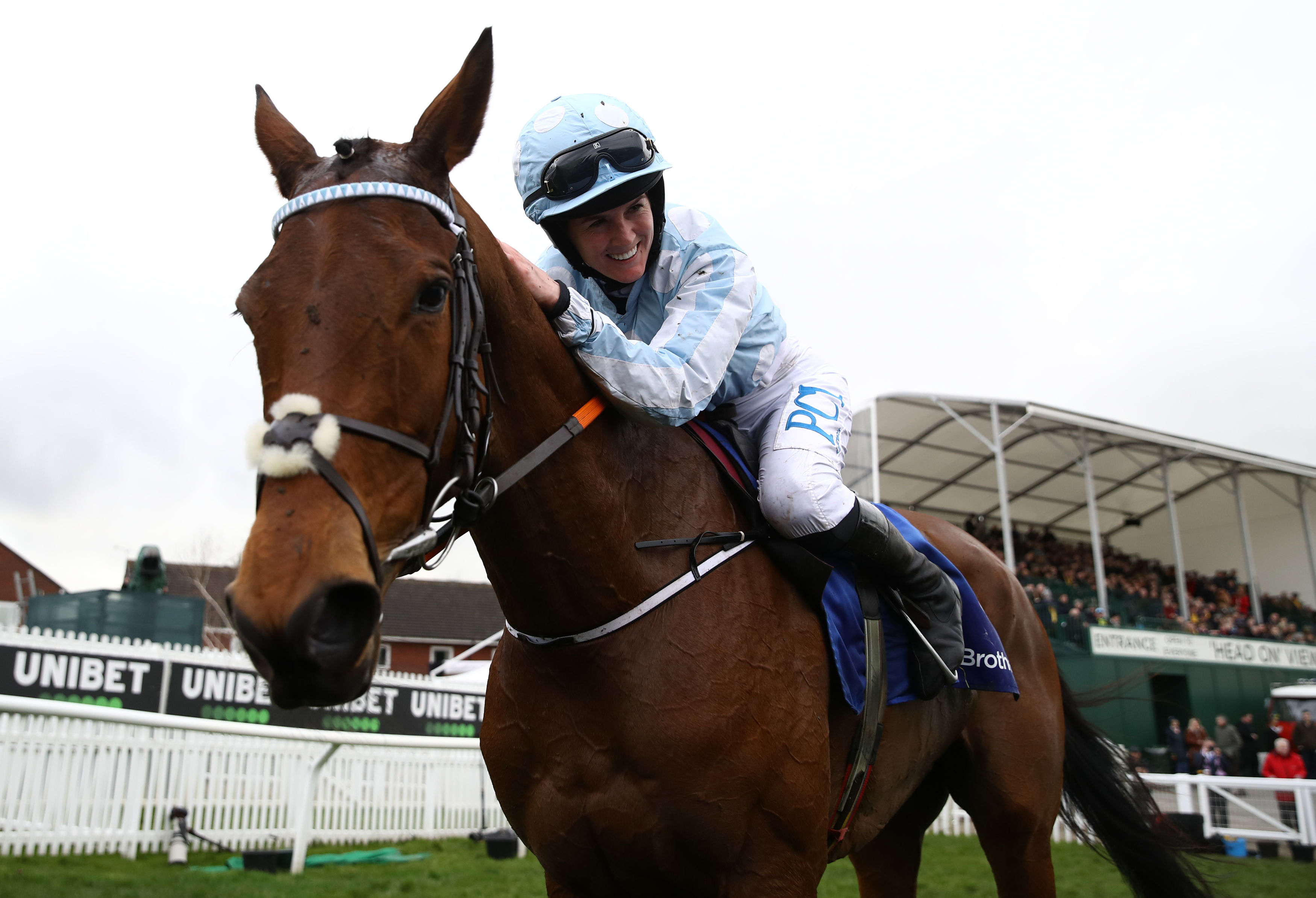 “Whatever chance she has been given at Henry De Bromhead’s she’s taken it, she is a fantastic ambassador for racing.”

Honeysuckle won the Mares Hurdle last season, beating Willie Mullins’ Benie Des Dieux. A tilt at the big one was on the cards from the moment she crossed the line.

And Alexander, who owns a breeding operation in Ayr can’t wait to see if the dream becomes a reality.

He said: “Last year I just wanted to break my duck and I think Henry felt it was a year too soon so we went for the Mares.

“When we won that, we pretty much decided if she’s in the same form then we’d have a crack at it.

“She put in her best performance yet last time out, so after that there was no way we’d go down the mares route.

“I bought her at the Punchestown sale. Peter Molony recommended I get a horse with Henry and I met him at Cheltenham.

“We’d already bought Sinoria and about five weeks later Henry said his point-to-point man had found one which he felt was the best winning mare that year.

Paddy Power: New Customer Offer. Place a £/€5 single racing bet, min odds 1/5 (1.2) and get £/€20 in free bets. You will also get an additional £/€5 in free bets for each day of the Cheltenham festival (£/€40 in total). Only deposits made using cards or Apple Pay will qualify for this promotion. Free bets will be awarded after the qualifying bet has been settled and are valid for 30 days. T&Cs apply. Paddy's Rewards Club: Get a £/€10 free bet when you place 5x bets of £/€10+. T&Cs apply. 18+ Begambleaware.org

“She won a maiden hurdle then a Listed race and we were favourite for the Mares Novice but she was only 95 per cent right.

“So we waited and went to Fairyhouse, she bolted up in the Grade 1 so it was then you start to think you’ve got something special on your hands.

“Henry had been quite cautious about her until then but he became bullish after that and we’ve won six Grade 1s since then.”

Covid has meant Alexander hasn’t seen Honeysuckle run since last year’s Festival and he will have to sit and suffer in front of the television this time. 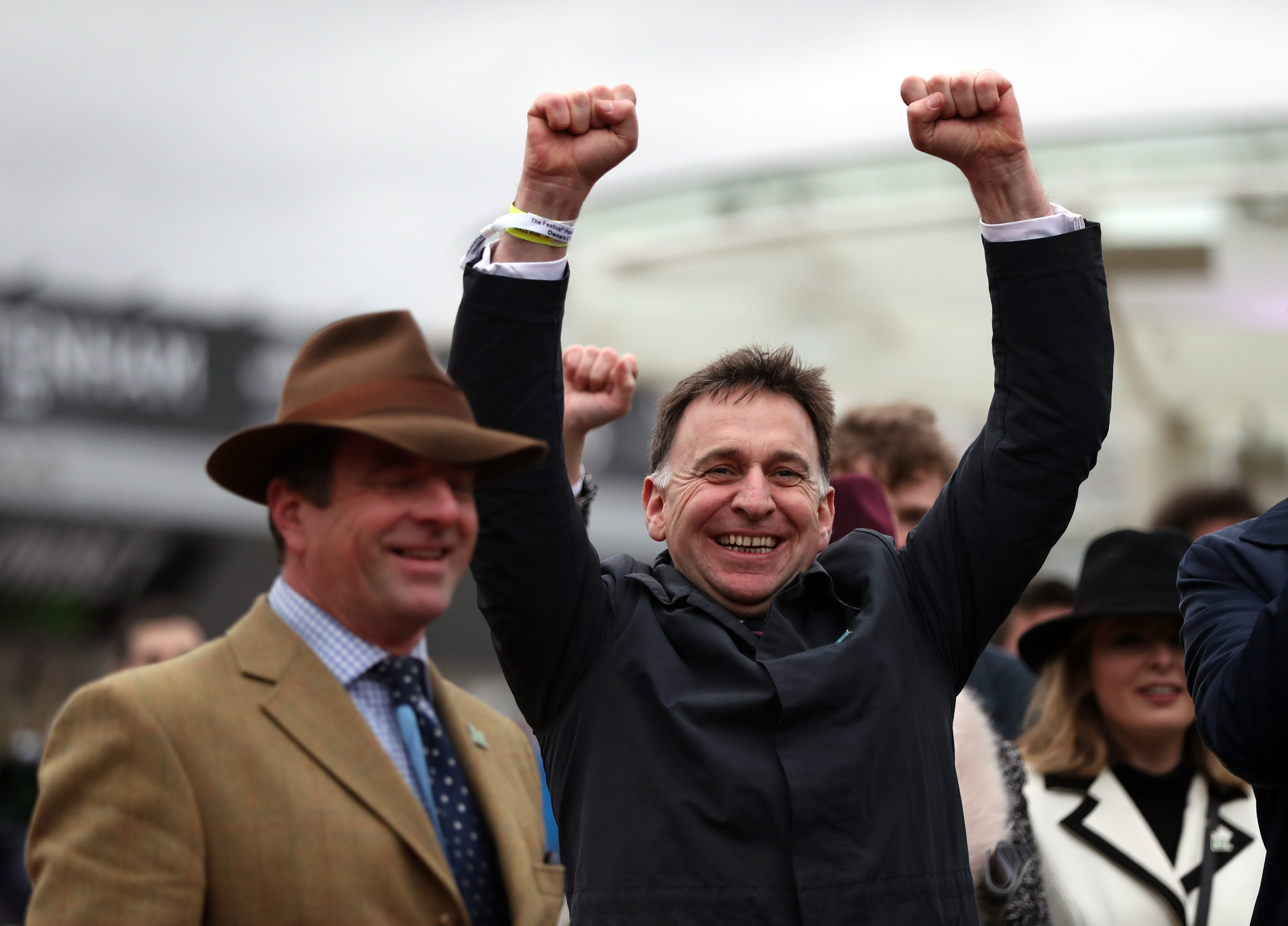 But despite missing out on what could be the biggest day of his time in the sport, the former Ladbrokes chief reckons he’ll still get just as much enjoyment.

He laughed: “The opening day this year will be a lot more sober than it usually is!

“I accepted a while back we wouldn’t be going to watch her run so it’s not something I have been too bothered by.

“It will just be like a normal day, to be honest, I’ll get my newspapers, get in front of the television to watch it and have a bet.

“It’s disappointing because it’s probably the one time in my life I’ll have the favourite for the Champion Hurdle. But it’s still exciting, I’ve been looking forward to it.

“It won’t be the same not being there and not having punters there to create the atmosphere, but the racing is fantastic.”