ARSENAL could have a new-look starting XI next season which will come as a great relief to most Gunners fans.

The North Londoners have already made two signings this summer and are edging closer to deals for Tammy Abraham and James Maddison. 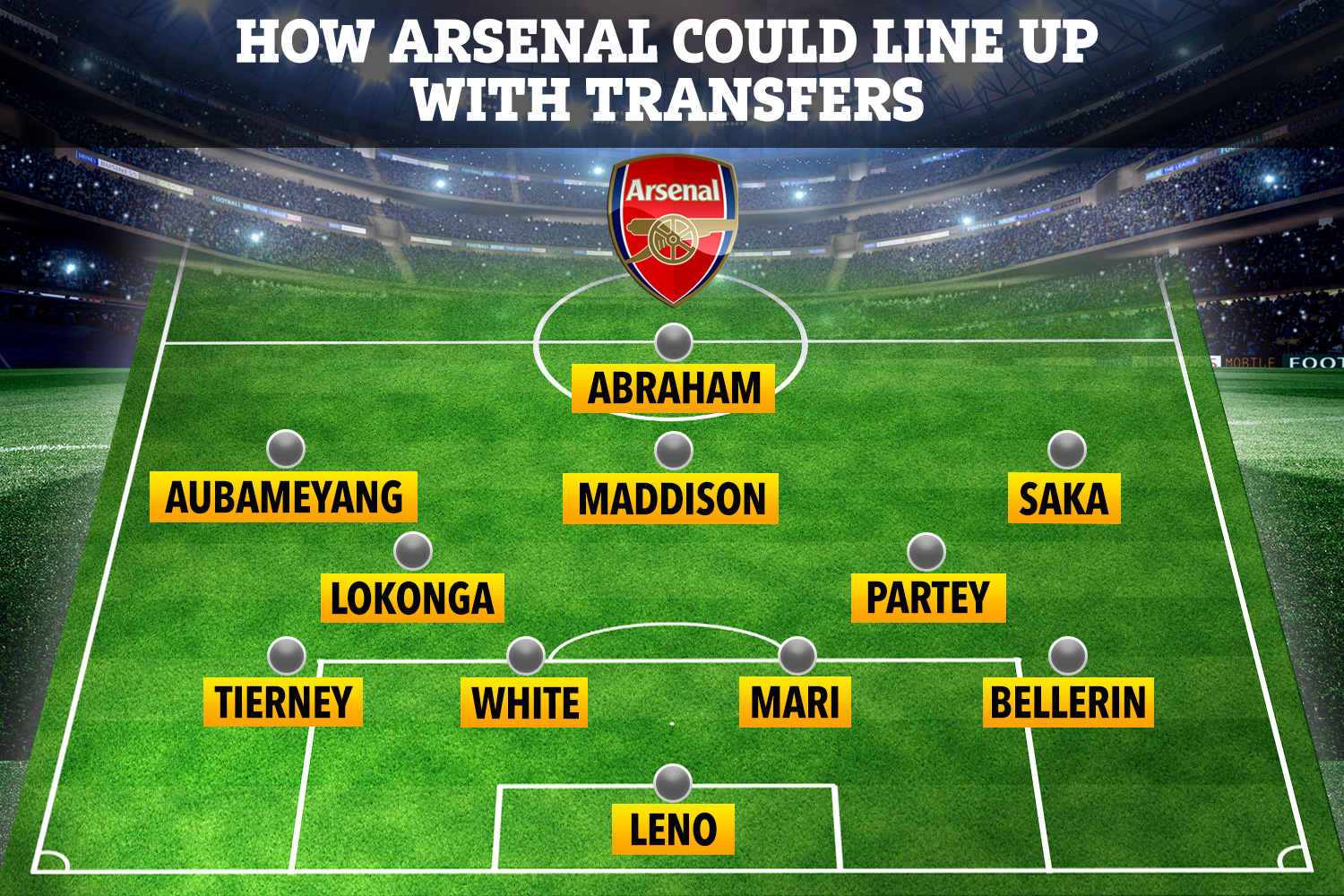 Arsenal's only confirmed deals of the summer are Nuno Tavares' arrival from Benfica and Albert Sambi Lokonga coming in from Anderlecht.

Tavares snubbed a more lucrative offer from Real Sociedad to seal the £8million switch to the Emirates.

And Arsenal confirmed Lokonga has signed a 'long-term' contract after the North Londoners agreed to pay £17m for his services.

Left-back Tavares, 21, and centre-midfielder Lokonga, 21, will play in deeper lying roles than Abraham and Maddison who could add a whole new dimension to Arsenal going forward.

Tavares is unlikely to dislodge Kieran Tierney from the first team but one man likely to start is Ben White, 23.

The Brighton centre-back – who is currently enjoying a well-earned holiday in Mykonos – is heading to the Gunners for £50m.

SunSport exclusively revealed on Wednesday Chelsea are prepared to let Abraham join on loan initially to speed up a deal.

The Gunners are emerging as the favourites in a three-way chase for the out-of-favour striker.

London rivals Tottenham and West Ham are also keen to sign the England star who has failed to win over new Chelsea boss Thomas Tuchel.

Chelsea are demanding around £40m for Abraham but the fee is proving a sticking point for any suitors.

A loan deal with an obligation to buy should the player reach a set amount of appearances look like being an ideal compromise.

It would also take Abraham’s salary of around £80,000-a-week off the wage bill to help finance planned improvements in other areas of the squad.

Elsewhere, the Gunners are reportedly prepared to offer Reiss Nelson and Ainsley Maitland-Niles as part of a deal to lure Leicester star Maddison to the Emirates.

Arsenal have been linked with the Foxes playmaker as a replacement for Martin Odegaard, who returned to Real Madrid at the end of last season.

And the Gunners have identified Maddison as the perfect fit, leading them to offer Nelson and Maitland-Niles as add-ons in a possible deal.

The Arsenal duo have failed to establish themselves as anything more than fringe players in North London.

And according to The Mail, Arsenal believe Leicester are willing to negotiate with them.

However, it is also thought Brendan Rodgers' side are seeking to secure no less than a huge cash sum for the creative midfielder.

Leicester rejected a bid of £70m for Maddison from another Premier League club last summer.

And since then the club have managed to tie him down to a new £100k-a-week, four-year deal.