CHELSEA are preparing for Wednesday's Europa League final in the luxurious surroundings of the Four Seasons Hotel in Baku.

Take a look inside the opulent surroundings that will play host to Maurizio Sarri's team, who arrived in the Azerbaijani capital late on Monday night.

The outside of the hotel gives a fine first impression

The basic rate for a city view room is as little as £220 per night for a typical weekend in August.

However the price up goes to £850 for the plushest two-bedroom suite the venue has to offer.

After settling in overnight, the squad are expected to train at Baku's Olympic Stadium on Tuesday evening.

Before that, coach Sarri will face the media alongside a duo of players in a press conference at 5.15pm UK time.

The game itself kicks off at 8pm on Wednesday, a very late 11pm start in Azerbaijan.

Exactly how many fans are joining the Blues in making the five-hour flight is up for some debate.

Both Arsenal and Chelsea say they have sent back thousands of tickets amid fan fury over travel costs and a lack of accommodation.

UEFA, meanwhile, are intent that the 69,000-seater area will be full thanks to local fans hoovering up any spare seats.

The rooms have views across the city 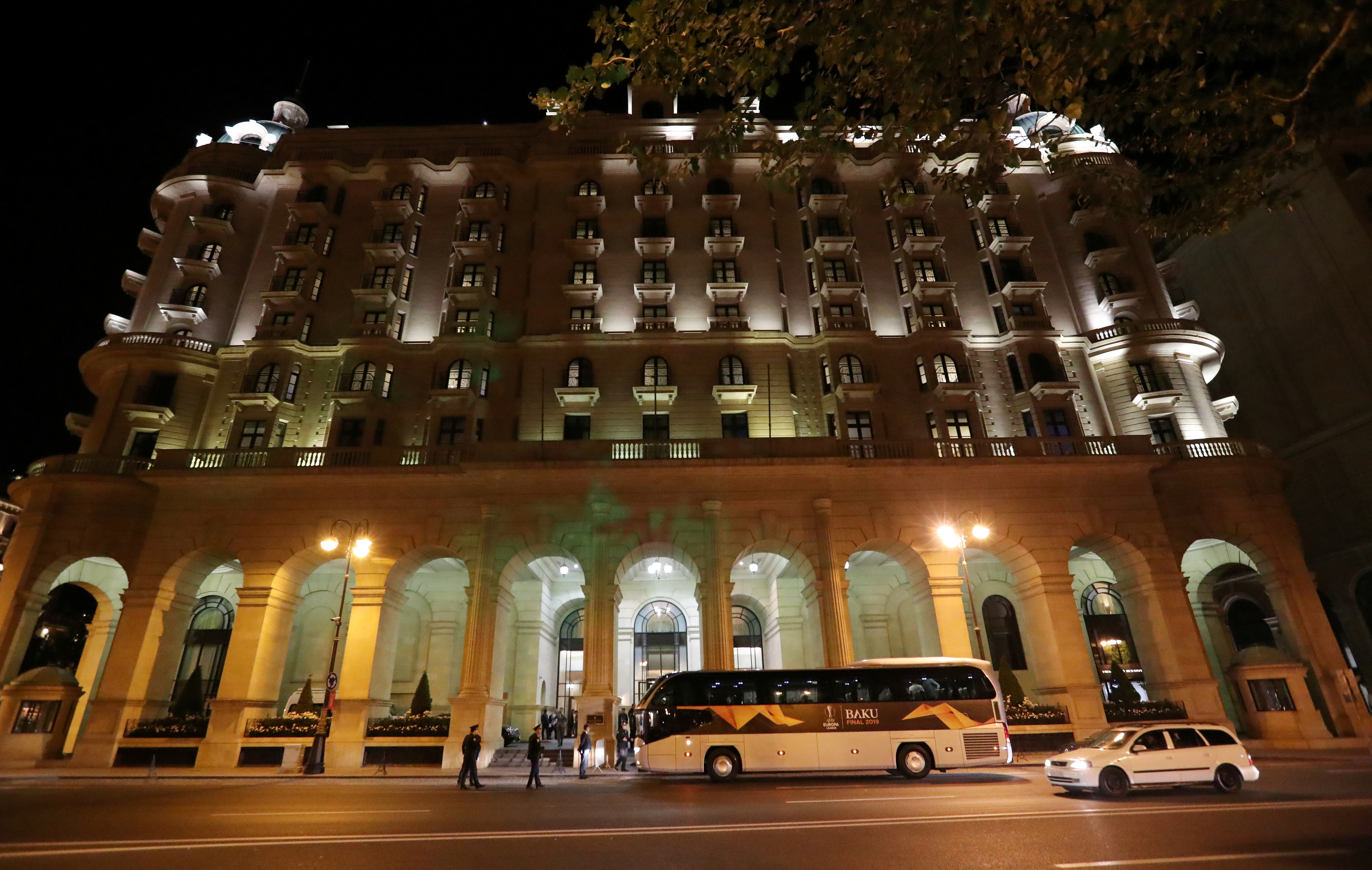