Pep Guardiola's men beat Paris Saint-Germain 2-0 at the Etihad to secure a 4-1 aggregate semi-final win and a spot in the European showpiece against either Chelsea or Real Madrid in Istanbul on May 29. 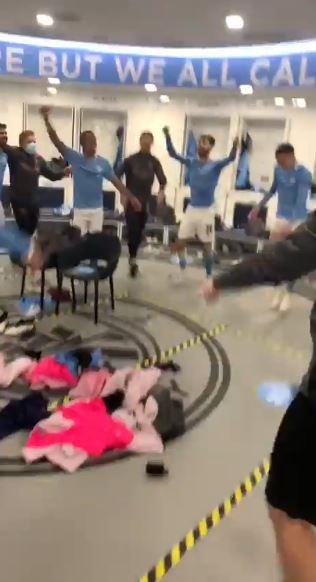 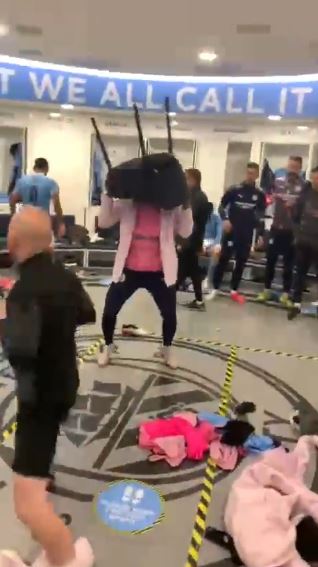 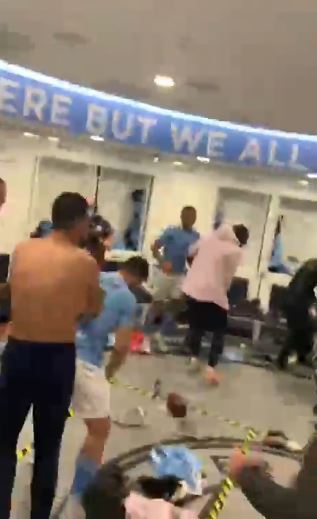 Riyad Mahrez's double was enough to trump an ill-disciplined PSG who had Manchester United flop Angel Di Maria sent off for stamping on Fernandinho.

The result sparked jubilant scenes inside the confines of the City changing room with players and staff dancing and hugging each other with music blaring.

Back-up keeper Zack Steffen shared footage of players bouncing up and down in the centre of the changing room after the game.

The US shot-stopper's video was soon viewed well over a million times on Twitter.

Players including No1 Ederson can be seen celebrating topless with some hurling their shirts around above their heads.

The clip ends bizarrely with Benjamin Mendy holding a chair upside down on top of his head.

However, not all the reaction online was overly positive with a number of fans pointing out City were partying hard despite not actually having won the competition yet.

One supporter tweeted: "Celebrating when you haven't won it. Small club mentality."

Another added: "How embarrassing only got to final not won it yet but then again they have no history so it's there first time."

Some social media users were quick to point out City's opponents PSG were similarly quick to celebrate last year's semi-final win before losing to Bayern Munich in the final.

A fan quipped: "Where are the people who made fun of PSG's squad when they went to the final last year?"

Many were far more positive after what was a historic night for the club.

One footy fan said: "I'm not even a Man City fan, but if this is their response to getting to the CL final, I'm pleased because it shows how much heart and soul they put into their game. I wish them all the best for the final!"

A delighted City fan added: "Amazing feelings, so happy with what we have achieved… Come on City."