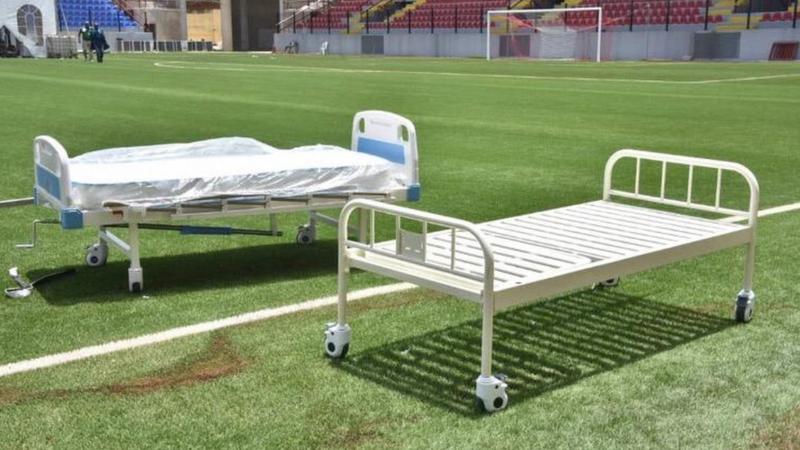 Sport stadiums across the world have been transformed into emergency hospitals as the rise of the coronavirus pandemic puts strain on hospitals and health workers struggle to find space to put the growing number of patients.

Given their massive acres of land space, sport facilities are seen as ideal location to set up makeshift hospitals. And so, after two years of reconstruction, the Onikan stadium in Lagos, Nigeria – which was to be the centre of sports activities in the West African country – is instead opening as an isolation centre for Covid-19 cases.

Lagos is the epicentre of the coronavirus outbreak in Nigeria – and the state, finding itself scrambling to build makeshift centres, has turned the 5,000-capacity stadium into a medical facility as part of effort to curb the spread of the disease.

It has capacity for 110 beds, and was built by the Lagos state Government in partnership with a commercial bank so as to ease the pressure on the infectious disease centre at Yaba.

Former Executive Chairman of Sports in the state, Kweku Tandoh, has defended the use of the stadium after criticism from some sports journalists who felt the newly-constructed stadium should not have been the first resort.

”There is nothing wrong in using that stadium for this emergency,” he told BBC Sport Africa.

“It is something that is done the world over. Both the Real Madrid stadium and the Maracana stadium are being used for the same purposes. In times of emergencies, these are things you cannot compromise because it is for the good of the public.

“In America when Hurricane Katrina happened, the stadiums in Louisiana used for American football were all used as holding areas for displaced residents.” 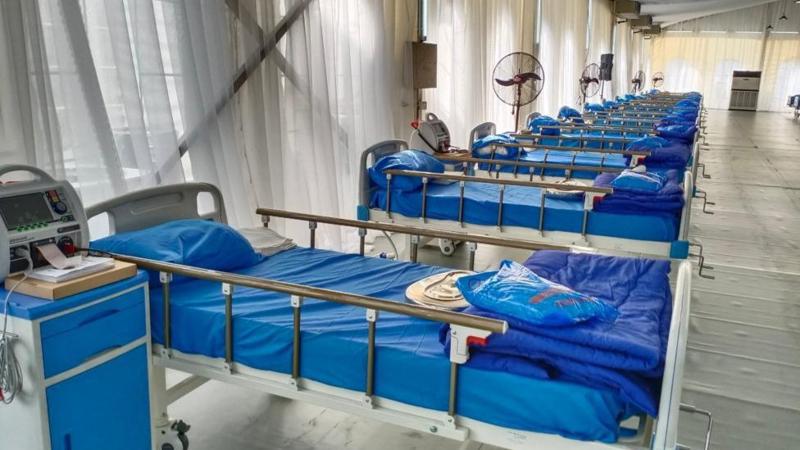 But Lagos-based sports journalist Kelechi Nkoro has questioned the choice of the stadium as an isolation centre in Lagos, suggesting Tafawa Belewa Square – a 14.5 hectare of land used for the state’s ceremonial activities – should have been used first.

”I support the use of public facilities as medical centres at this time – life is more important – but in the case of Nigeria, we have political grounds with wider spaces close to the Onikan stadium,” he said.

“That should have been considered first. Why is the stadium the first resort?”

His concern in particular was that there would potentially be a lot of damage to the stadium that might not be repaired after the pandemic dies down.

“It is true other stadiums are being used around the world during this pandemic, but a lack of care for the stadium has been the bane of sports in Nigeria,” he explained.

“Will the damage on the stadium be corrected when all this is over?” 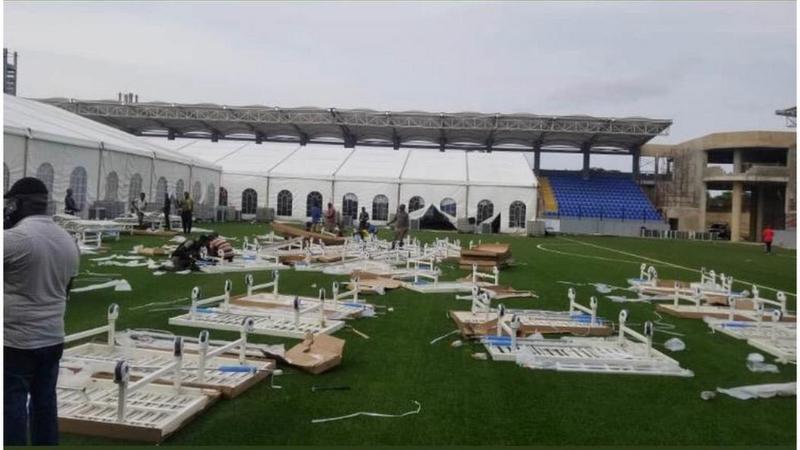 Brazilian club Santos have announced that a temporary clinic is being set up in one of the lounges inside the Vila Belmiro stadium, while Real Madrid have a 5,000 bed setup in the club’s IFEMA Conference centre and a part of the stadium used for storage and distribution of medical materials.

In England, Tottenham Hotspur have given out the car park built under the stadium as a storage for food, and Burnley FC followed suit by offering part of Turf Moor to be used by East Lancs Hospital.

The Billie Jean King National Tennis Centre, famous for hosting the US Open, has reached an agreement with the New York Government for its indoor training centre to be used as a medical facility.

Tandoh said that the pitch at the Onikan Stadium is a hybrid of natural and artificial turf, so damage to the pitch will be minimal in comparison to all-natural grass.