Home » It Doesn’t Take Genius to Understand Basketball. But It Helps.

When James Naismith invented the concept of basketball, the object of which was to throw a ball into peach baskets, the early games had too much roughhousing for his liking. So he scribbled down 13 rules. Among them: The ball may be batted — yes, batted — in any direction, just not with your fist. A player cannot run with the ball. No shouldering, tripping or holding.

The rules, which Naismith would find out as the game evolved in the coming decades, were easy to circumvent. This was a game that invited improvisation and spurred creativity. Sometimes this would happen with a sort of cheating — such as the Yale basketball team reportedly inventing dribbling in the 1890s because of the rule about not running with the ball. (They called dribbling a pass to themselves. Brilliant.) Other times, innovation would happen out of desperation, like Julius Erving’s famed behind-the-backboard layup in the 1980 N.B.A. finals.

Nick Greene, a writer for Slate, argues in his new book, “How to Watch Basketball Like a Genius,” that the rules Naismith created set the stage for a sport that could be appealing to anyone.

It’s why he seeks out magicians to weigh in on whether a crossover dribble constitutes a magic trick. (No, the magicians tell him, but they do concede that there is misdirection at play.) Or why Greene has a marriage counselor discuss what makes LeBron James an effective teammate and Wilt Chamberlain not so much of one. He consults mechanical engineers about how to make free throws. (A fun fact, per Greene’s research: In the history of modern basketball going back to 1960, free-throw accuracy at both the collegiate and professional levels has stayed the same.) A ballet choreographer gives his insight on dunking.

Greene’s book grew out of a joke he came up with when James was a free agent about to head to the Los Angeles Lakers: He considered calling experts in other fields to ask them where they thought James would go. He decided to expand on the idea.

Greene spoke to The New York Times about what makes basketball unique, why a ballet choreographer’s insights on the sport are useful and whether Naismith would recognize the game he created. 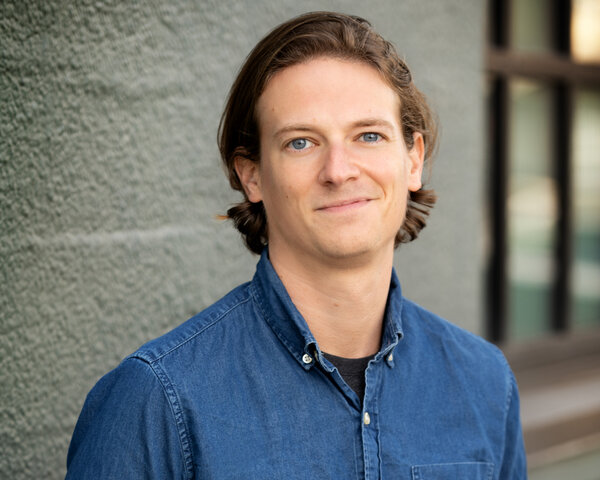 This conversation has been condensed and lightly edited for length and clarity.

How would you describe the thesis of your book?

Basketball is this wondrous invention that’s incredibly accessible. The fact that something that could be invented in the late 1800s and then by the 1990s be the second most popular sport in the world is astounding. My approach to it is: “Why is it so popular? What makes basketball work?”

If I could reverse engineer it and talk to smart people who may not consider themselves basketball experts but are experts in different fields and have a unique way of looking at the world, what could I learn?

So what does make basketball work?

As far as the original invention is concerned, I do believe that Naismith’s biggest moment of genius was relinquishing control and ownership of the sport and letting the players make tweaks and adjustments to his own game.

What would James Naismith think of basketball today?

He’d continue to be shocked by how big it has gotten. His intention was never to make it a global phenomenon. He wanted to keep some young men entertained for an afternoon. He would be extremely proud of its popularity but also a little dismayed, especially at the corporatism at the college level, which he spoke out against in the early 1900s.

Basketball, as invented by Naismith, had only 13 rules. Obviously, there are way more now. How does the number of rules affect creativity?

The fact that it started with only 13 rules was good for creativity because it was a coloring book. The outline was there and the players got to color them in. When I asked a couple of board game designers for their take on Naismith’s rules, their take on it was that it gave the players a lot of possibility.

In those sorts of rules, they get to fudge with the limits of Naismith’s design and grow from there. The fewer the rules, the better the start for it. Now, the N.B.A. rule book is long and somewhat complicated. But for a sport that’s growing, the simpler the better.

You didn’t speak with many actual players for the book. Why?

Part of it also is learning the history of the game. So much of the sport was influenced by nonplayers. Naismith himself played basketball only twice in his entire life. He wasn’t even a good coach. Danny Biasone, the guy who invented the shot clock, never played basketball. But these people watched. He knew what made the game entertaining and made it fun.

What’s the value of asking an astrophysicist about basketball defense?

Good defense is invisible. It’s something you really can’t see because it’s the absence of good offense. It’s the ability to plan ahead of your opponents and prevent them from doing what they want to do. The best defensive possession will be a 24-second shot clock violation. Yes, you’ll see individual moments that are obvious, like a steal or a blocked shot. But good team defense is near invisible.

Talking to a theoretical astrophysicist, he specializes in far-off cosmic events — supernovas and distant galaxies. Things we can’t actually see. But he’s able to intuit and understand from patterns and looking at data. Talking to him, I wanted to get how he uses that skill set to look at defenses. Turns out, he does look at defenses in a weird, visual way. He considers them to be like an iridescent turtle: They’re sort of cycling, spinning. “Conductive cells,” he calls them, working in unison to push the action out to the perimeter.

There are multiple connections between art and basketball, you note.

It’s hard to watch top-level basketball and not find some artistic value in it. Bodies moving through space. That’s why I talked to a ballet choreographer, because I couldn’t think of any other comparison of grace and fluidity. The dunk contest is a celebration of beauty for beauty’s sake. Who can create the most beautiful piece of art with their bodies?

I think back to Naismith, and he would have never imagined that as a possibility, which I think is sort of the true genius of the game, that it was able to sprout from such humble, simple beginnings into something wholly unpredictable.