FOUL-MOUTHED screamed 'oh f***ing hell' as she collapsed out of Wimbledon with a shock straight-sets defeat to veteran Czech Barbora Strycova, blowing a semi-final date with Serena Williams.

Konta ended British involvement in the singles competitions at the All England Club as she tossed away an early advantage and crumbled to a 7-6 6-1 setback. 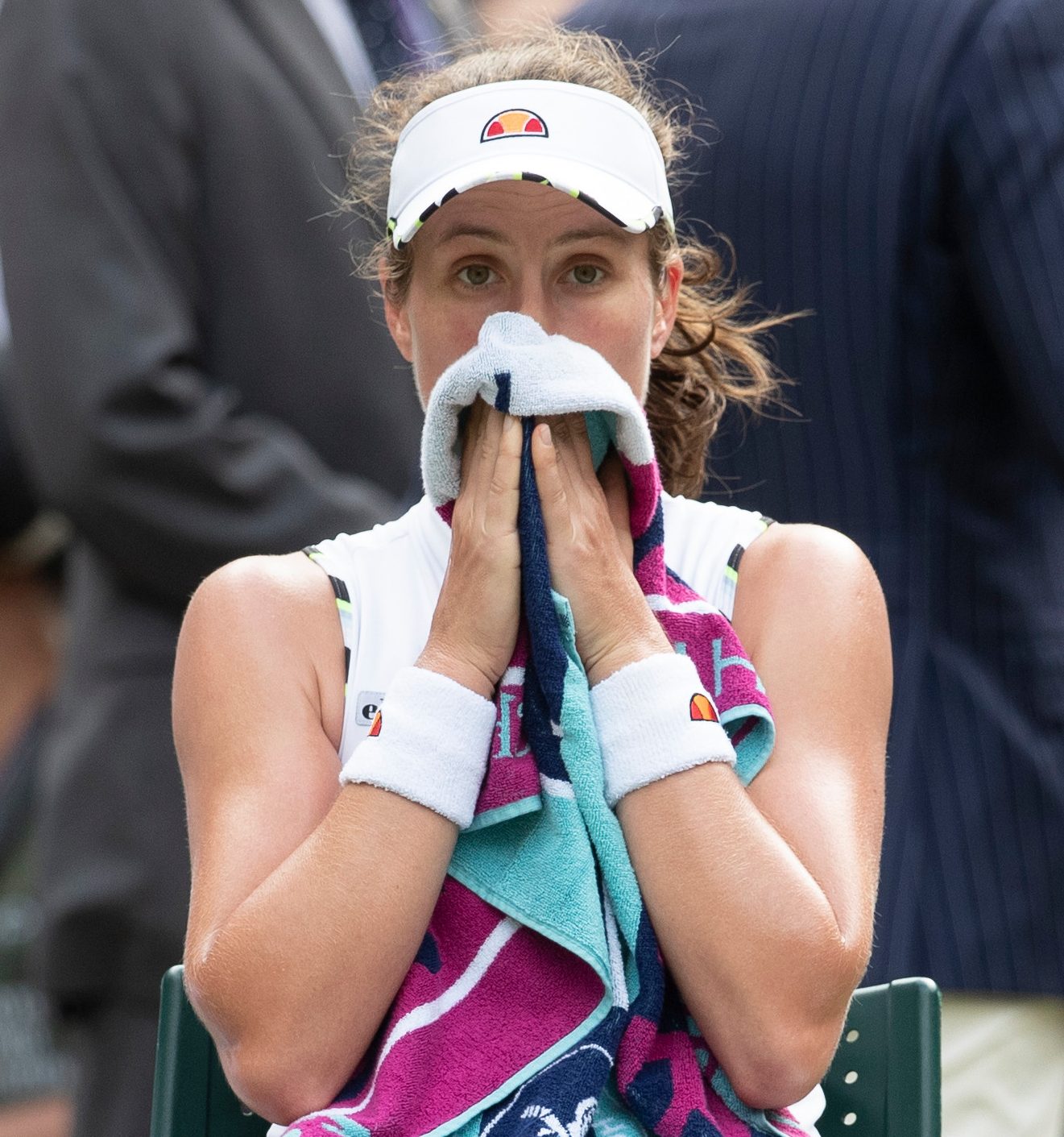 The 19th seed had staged an impressive fight-back to see off former champ Petra Kvitova in Monday’s fourth round but suffered an ankle injury which may have hampered her in this quarter-final.

Konta reached the semis at the French Open this year, her third appearance in the last four of a Grand Slam, yet she has never won a set in any of them.

The Aussie-born 28-year-old is starting to face up to the fact that she could be destined never to reach a major final.

Former Wimbledon champ Marion Bartoli had accused Konta of being ‘fragile’ under pressure and there were signs of that here as she was heard to let slip an F-word after an error early in the second set.

Konta had stormed into a 3-0 lead but she was guilty of 16 unforced errors in the first set alone – including three in succession which allowed the 33-year-old Strycova to break back in the seventh game of the opener.

There was still plenty of fight from Konta – who hammered a volley into her opponent’s body, then held serve with a thumping forehand winner and again with a cross-court beauty to ensure a tie-break.

Konta lost her first service point in the first-set decider but hit back with some aggressive play to take a 5-4 lead. 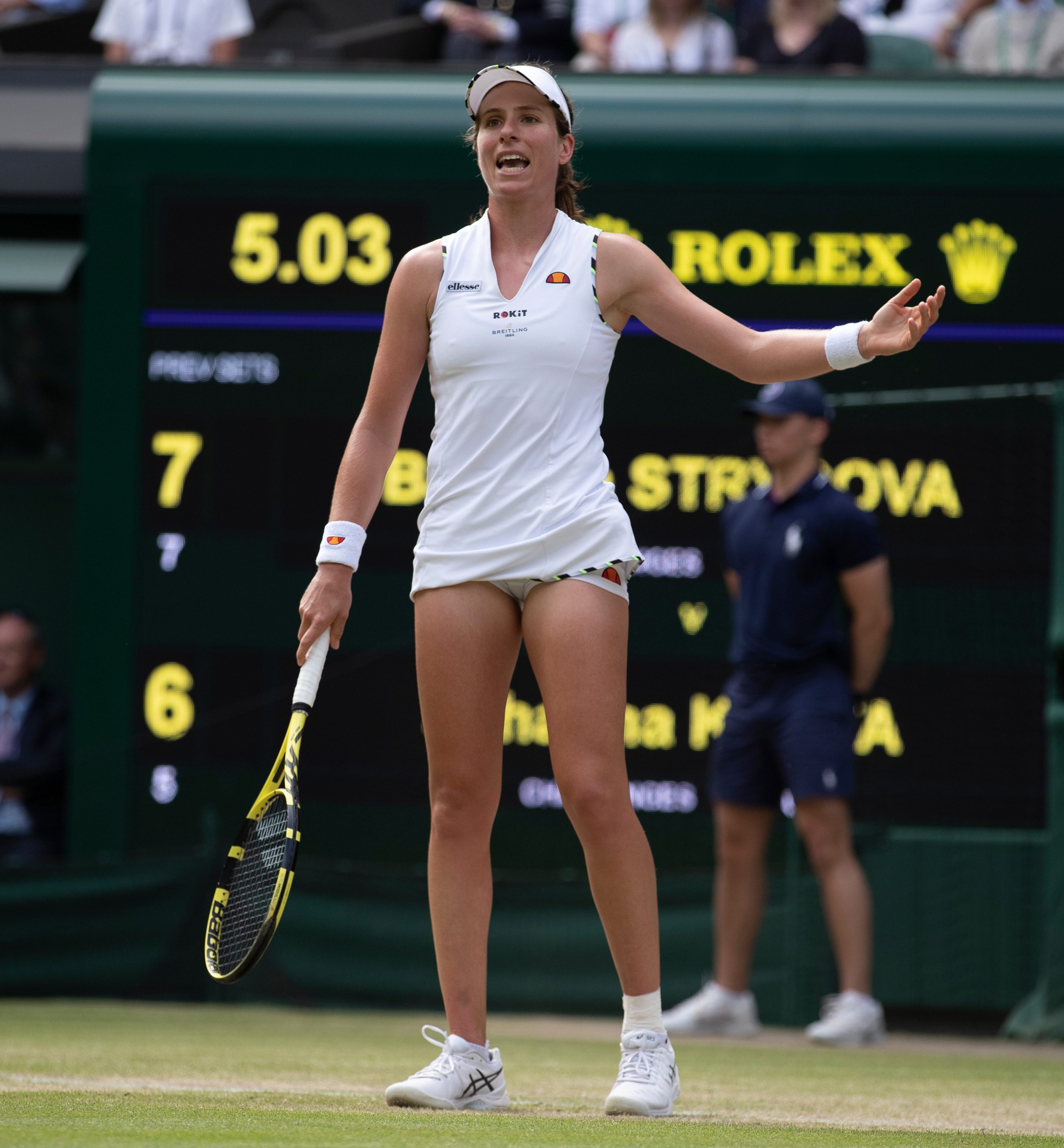 Yet Strycova, who failed a drug test in 2013, reeled off three points in a row to win the breaker 7-5, Konta netting a weak forehand to confirm it.

Konta was soon losing seven points in a row on her way to going an early break behind in the second set, sending a backhand wide.