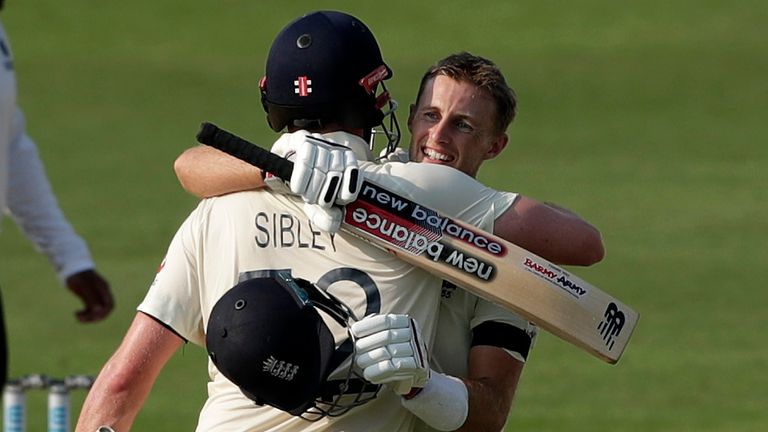 Joe Root marked his 100th Test with a sparkling century as England dominated day one of the first Test against India in Chennai.

The 30-year-old Yorkshireman became just the third Englishman, after Colin Cowdrey and Alec Stewart, and the ninth batsman overall to achieve the feat as he continued his stunning start to 2021 with his third century in as many matches.

Dom Sibley (87 from 286 balls) produced a valuable, and typically stubborn, innings before he was lbw to Jasprit Bumrah in the final over of the day, ending a third-wicket stand of 200 with Root, to give India a boost going into day two.

The first day was all about Root, though, as he put on a masterclass of how to bat in the subcontinent, pacing his innings to perfection as he went through to his 20th Test hundred and finished unbeaten on 128, with England 263-3.

Follow over-by-over text commentary of day two of the first Test between India and England on the Sky Sports App and skysports.com from 4am on Saturday.