They were his peers, his idols, his friends.

And now they are gone, 10 greats from the Baseball Hall of Fame, lost in a terrible stretch of just over a year — more death for the game’s hallowed hall than at any similar span in its 85-year history.

Ten greats, who now exist only in memories: at bat, in the field and in the dugout.

During a year of widespread misery, and in a world still struggling against a virus that has killed millions, how do we make sure that these players are not forgotten? There is no one better than Johnny Bench to help us commemorate their lives.

The longtime Cincinnati Reds catcher, named one of baseball’s four greatest living players at the 2015 All-Star Game, Bench isn’t just a member of the Hall of Fame’s inner sanctum. He is a baseball oracle, a conduit between the game of today and the major leagues of the 1960s and 1970s. He either knew, played with or played against all of the 10 Hall of Famers who died within the recent stretch.

“I understand the warranty runs out on all of us, and that it’s what we all have to face,” Bench, 73, said on a phone call from his Florida home last week. “But to have this many great players, this many close friends die in such a short span. …” 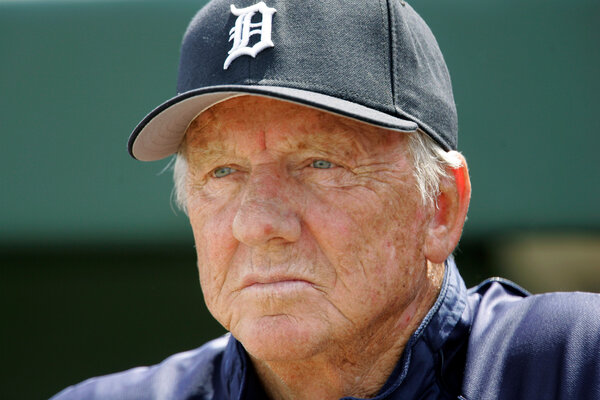 “It started with Al,” he said, his ordinarily unwavering voice bending with sadness.

Spring of 2020. That’s when Bench discovered that the Detroit Tigers great Al Kaline was struggling.

Kaline broke into the major leagues at age 18, in 1953. At 20, he was the American League batting champion. In 1968, he led his Tigers to a World Series title. Bench, like so many others in his generation, grew up in awe of Kaline’s prowess at the plate and skill in the field.

Early last year, “I called and called him, and I didn’t get an answer,” Bench said. “I called again, no answer. Then he called me back because we always talked a lot, and he said: ‘John, I was in the hospital for 10 days. I just want you to know, I love you, man.’”

Months went by and the coronavirus pandemic intensified. Then, on Aug. 31, Tom Seaver died of complications from Lewy body dementia and Covid-19.

“He was probably the best man’s man you’d ever want to be around,” said Bench, who caught Seaver’s powerful pitches for Cincinnati from 1977 until 1982. “He played on many different teams, and on each one he had the respect and admiration and the love from all the players around him. I mean, he was Tom Seaver after all.”

Of course, Bench spoke of Seaver’s gusting fastball and pinpoint accuracy. And how a pitcher like that — smart, powerful, iron tough — made life easy for a catcher.

But it wasn’t Seaver’s mastery from the mound that Bench really wanted to discuss. It was the bond they shared. Their long discussions. Their tongue-in-cheek banter. After his baseball career ended in 1986, Seaver retired to California and became a winemaker. Bench remembered trying to get a case from Seaver’s winery at a discount. But Seaver at first told him no.

What about Joe? I asked.

That would be Joe Morgan, the do-it-all second baseman who also played with Bench in Cincinnati and was a foundational part of the so-called Big Red Machine that won World Series titles in 1975 and 1976.

“Oh, Joe,” he said, repeating the name, mulling my question. “I could talk about him for a week.”

Of all the departed players, he was closest to Morgan. “We just understood each other,” he said. “As the catcher, I had control of the game. If somebody came in to talk to the pitcher, I went out there, but so did Joe. And if I got there, and they were already talking, well, I knew Joe was telling that pitcher exactly what needed to be said. We had this thing, this little telepathy. We understood each other on the field, and in life.”

By the time Morgan died, on Oct. 11, the losses among baseball’s greats had been mounting unfathomably. Three other Hall of Famers had passed away in the preceding weeks: the stolen base king Lou Brock and the pitching ace Bob Gibson, World Series winners in 1964 and 1967 with the St. Louis Cardinals; and Whitey Ford, the crafty left-handed pitcher who helped the Yankees win six of their eight World Series from 1950 to 1962, missing the 1951 and 1952 seasons while in the Army.

How could it get any worse?

Then came December and the death of the knuckleball pitcher Phil Niekro, whose best years were played as an Atlanta Brave. As 2021 began, it was Tommy Lasorda, the charismatic manager of the Los Angeles Dodgers for three decades and two World Series titles. And shortly after that, one of his dominant pitchers, Don Sutton.

Then, on Jan. 22, the beating heart of baseball: Henry Aaron.

“He was simply a man above,” Bench said. “I called him Henry, and did I ever respect him.”

What was it like to be a catcher and see Aaron, in his prime, lining up in the batter’s box?

Here Bench reminisced about Aaron readying to hit, batting helmet nestled over his outfielder’s cap. The great catcher said he could still hear the whoosh of Aaron’s bat as it whipped through the strike zone.

Bench remembered, most of all, his first, nervous game in Atlanta against Aaron in 1967. The broad-shouldered No. 44 calmly strode to the plate. When he got there, he nodded at Bench and uttered five quiet words under his breath: “Hi, John. How you doing?”

Bench laughed for a moment and repeated that line. “Hi, John. …”

“Just for him to say that to me, when I’m just a dumb rookie, I mean, wow! That will be with me forever.”