Jorge Masvidal stuns UFC 239 by delivering a brutal flying knee knockout within FIVE SECONDS… which even caught the ref off guard!

Former street fighter Masvidal flew across the Octagon after the bell rang in their welterweight clash and sent an astonishing flying knee into his opponent’s head.

Askren tried to read the move and duck under but instead took the full brunt of the blow. 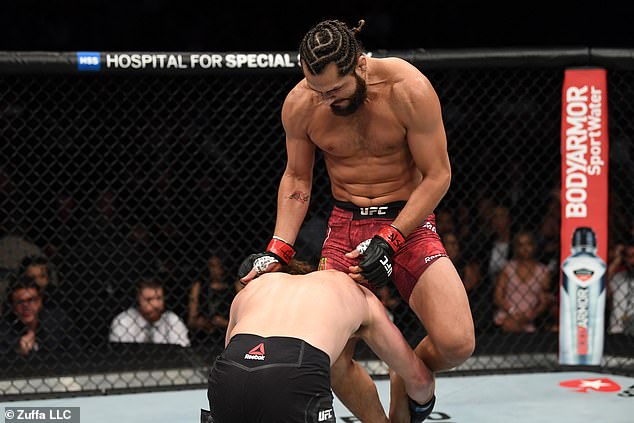 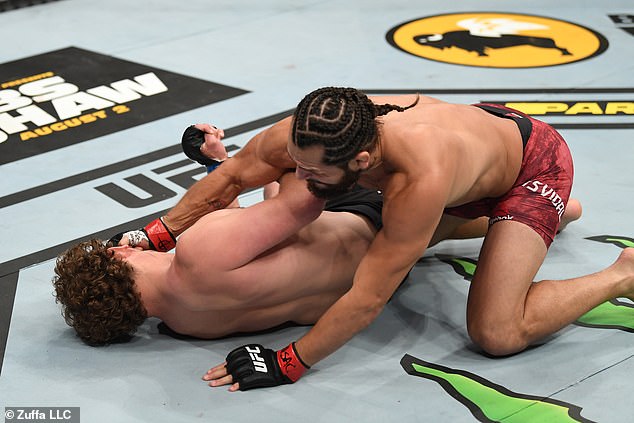 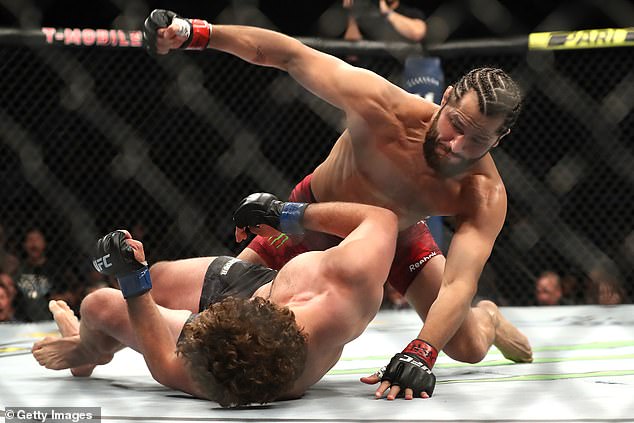 There was an audible gasp followed by a triumphant roar in Las Vegas as former Olympic wrestler Askren hit the deck, evidently departed from consciousness.

American fighter Masvidal was able to deliver another blow to Askren before the referee, clearly caught off guard by the extraordinary start and end to the fight, intervened.

The knockout looked to have been dealt after just two seconds if not for the referee delay, but a five-second finish takes the title of the quickest UFC knockout in history.

It proved to be two seconds faster than Duane Ludwig’s seven-second stoppage against Jonathan Goulet in 2006. Only two weeks ago, Jairzinho Rozenstrui took nine seconds to down Allen Crowder at UFC Greenville. 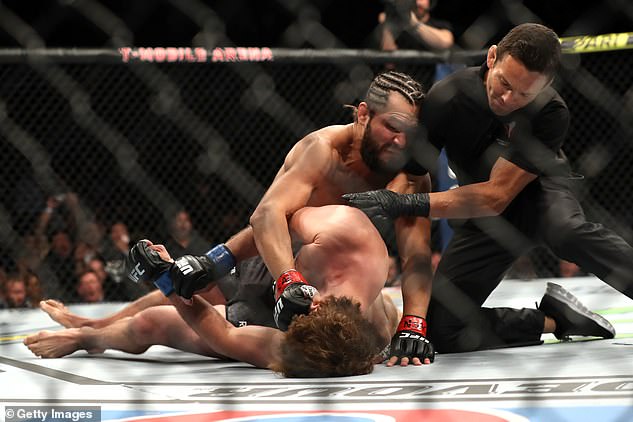 After the fight, Masvidal launched a withering attack on Askren. ‘He talked about my manhood, he talked about my culture, my ethnicity,’ he said. ‘Where do we draw… why do certain people get to do stuff online?

‘So you can do anything, everything is cool before a fight, you’re allowed to do and say whatever you want like other fighters are not doing, talking about peoples’ religion, peoples’ wife, even kids. That’s cool?

‘But after a fight I’m not allowed to showboat and rub it in your face so that you (Askren) and guys like you can see it and think ‘maybe I don’t talk so much s*** because when I cross one of these real motherf*****s they going to make me pay for it man, they’re going to embarrass the s*** out of me’.

‘It’s not over for Ben either. He still has to deal with me. If I see him at Whole Foods I’m a still slap that dude up because I don’t like him.’ 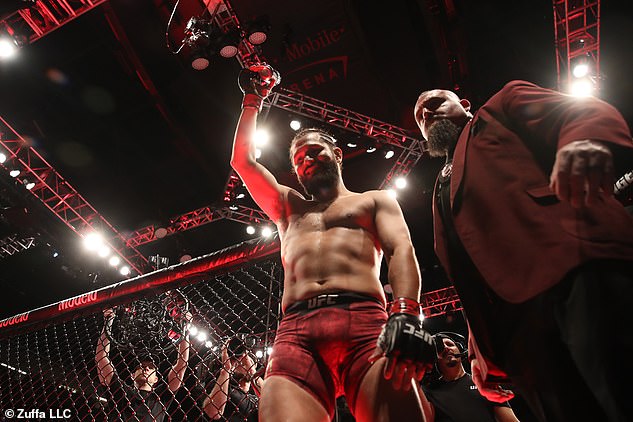