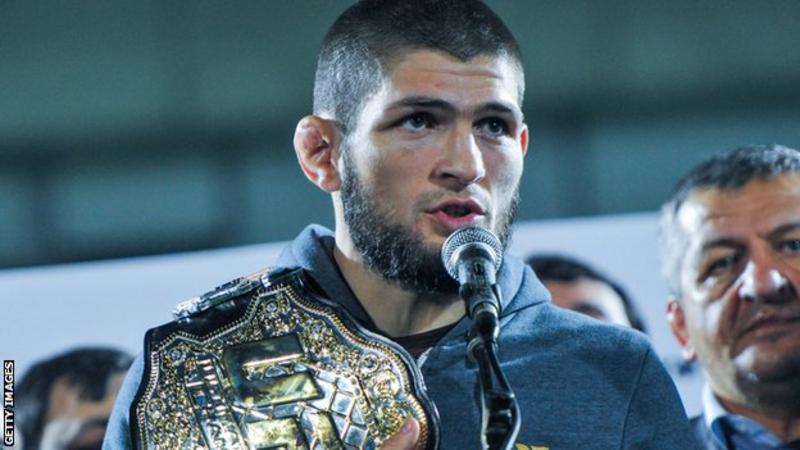 Khabib Nurmagomedov will fight for the first time since his clash with Conor McGregor when he faces Dustin Poirier at UFC 242 in Abu Dhabi in September.

UFC lightweight champion Nurmagomedov beat McGregor at UFC 229 in October to extend his unbeaten record to 27-0.

The 30-year-old Russian was then fined and banned for nine months for a brawl following his win over the Irishman.

The championship fight will take place on Saturday, 7 September.

Nurmagomedov initially claimed the lightweight crown in April 2018 with a unanimous decision victory over Al Iaquinta.

He retained that title in October against McGregor, forcing him to tap out in the fourth round before jumping the octagon fence and fighting his rival’s team.

McGregor then fought with the Russian’s camp as numerous brawls broke out.