The Lions announced they will be inducting former linebacker Chris Spielman into their Ring of Honor.

When Spielman found out, he was moved to tears. It was an emotional moment for someone who thought he was coming to the facility to read a teleprompter for a promo. Instead, however, he was reading his own induction announcement. If you have two minutes and 17 seconds to spare, grab some tissues and watch Spielman’s reaction. 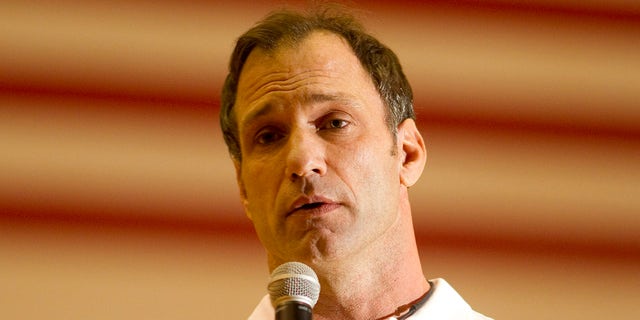 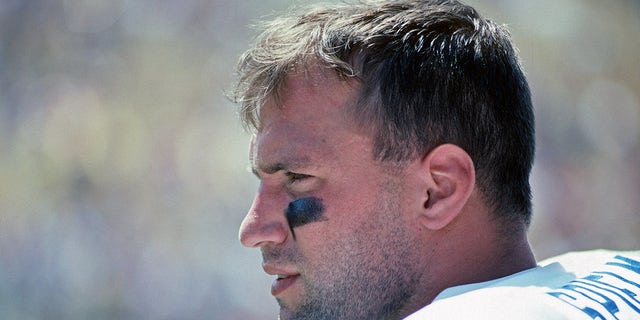 CANTON, OH – JULY 27:  Linebacker Chris Spielman of the Detroit Lions looks on from the sideline during a preseason game against the Denver Broncos at Fawcett Stadium at the Pro Football Hall of Fame on July 27, 1991 in Canton, Ohio.  The Broncos defeated the Lions 14-3.
(George Gojkovich/Getty Images)

“I was just thinking about Steph there for a second,” Spielman said in the video.

Stefanie Spielman, Spielman’s wife, was diagnosed with breast cancer four times during their marriage. Spielman even took a season off in 1998 to be with his wife during her battle, shaving his head in solidarity with her. The disease returned for a fifth time and Stefanie passed away on Nov. 19, 2009, while they were actively raising funds for breast cancer research. 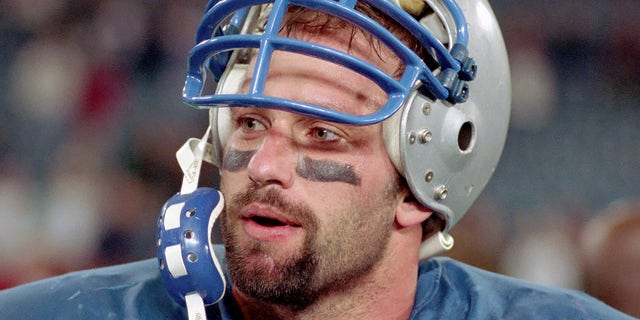 PONTIAC, MI – DECEMBER 17:  Linebacker Chris Spielman of the Detroit Lions looks on from the field after a game against the Minnesota Vikings at the Pontiac Silverdome on December 17, 1994 in Pontiac, Michigan.  The Lions defeated the Vikings 41-19.
(George Gojkovich/Getty Images)

Spielman immediately thinking about his late wife after receiving the greatest accomplishment of his career shows the kind of man he is. He’s always prioritized his family and continues to do so today.