The London Marathon will seek clarification from World Athletics over whether results for the re-scheduled race can go towards Olympic qualification.

The event was due to be held on Sunday but has been delayed until October 4 because of the coronavirus pandemic.

World Athletics announced this month the qualification period for the Olympic Games was suspended until the start of December after the Tokyo Games were delayed until next year. London Marathon race director Hugh Brasher said: “The time someone would run, if they hadn’t got the qualifying time, wouldn’t count.

“We are in talks with World Athletics about that or whether that was a decision made around track and field or marathon runners. It’s such a movable feast. Those conversations are ongoing.”

The race was postponed in March and pushed back six months but Brasher admits the date may move again.

“We are looking at so many different scenarios and those scenarios have quadrupled in the last 48 hours,” he said.

“I was on a call with the other race directors around the world and collectively we swapped ideas. I chucked one in we had which blew a few people’s minds and we have a call next week when we’re learning from each other.

“There are so many scenarios we’re doing and nothing is off the table. We have to look at it holistically for society. It’s what is right for society and that’s a really important part of the decision-making process.

“Probably there are about 10 different scenarios, some will drop off as things change.” 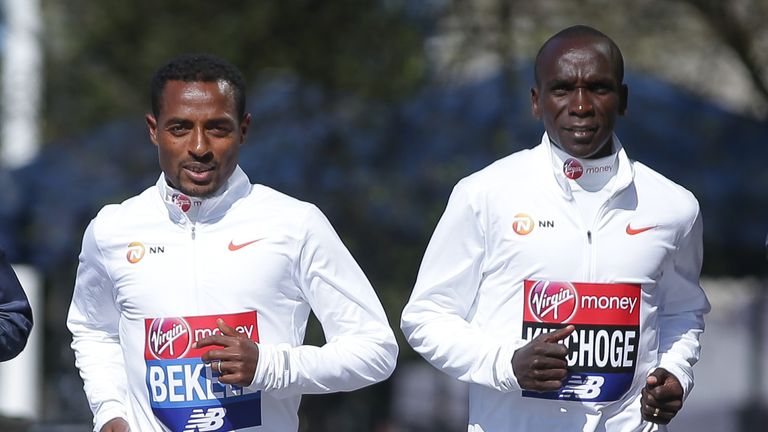 Eliud Kipchoge, who ran the first sub-two-hour marathon in Vienna last year, was due to defend his title. It was not an official world record because of the use of pacemakers but the Kenyan believes someone will eventually break the barrier in open competition. He said: “Why not? I trust and believe in the next 10 years someone will run two hours in a normal marathon. I trust I have shown everyone the way.”