ILKAY GUNDOGAN was once again the star as Manchester City made it a sweet sixteen.

The German was confirmed as January’s player of the month on Friday and also scored twice in the key win at Anfield last week. 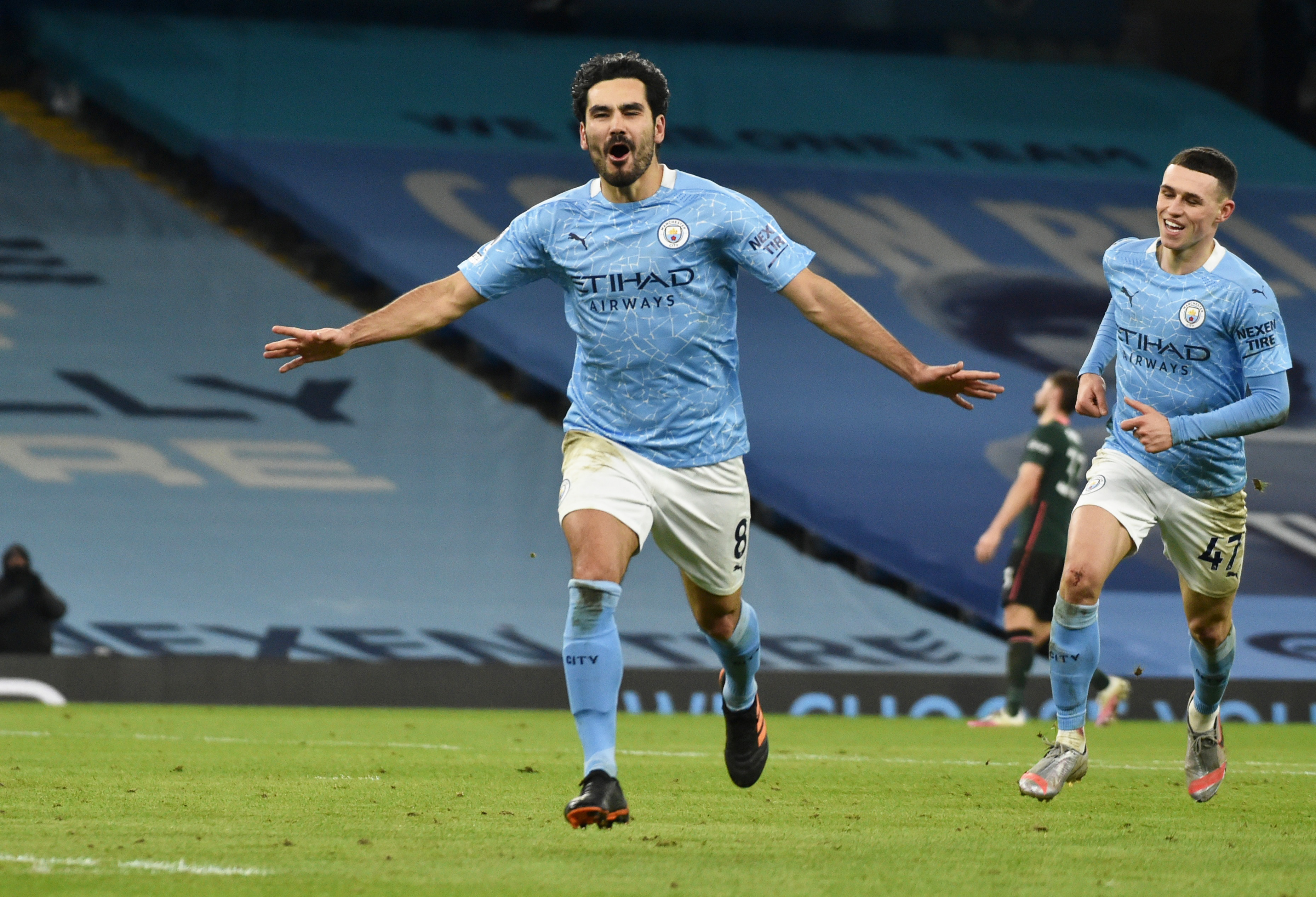 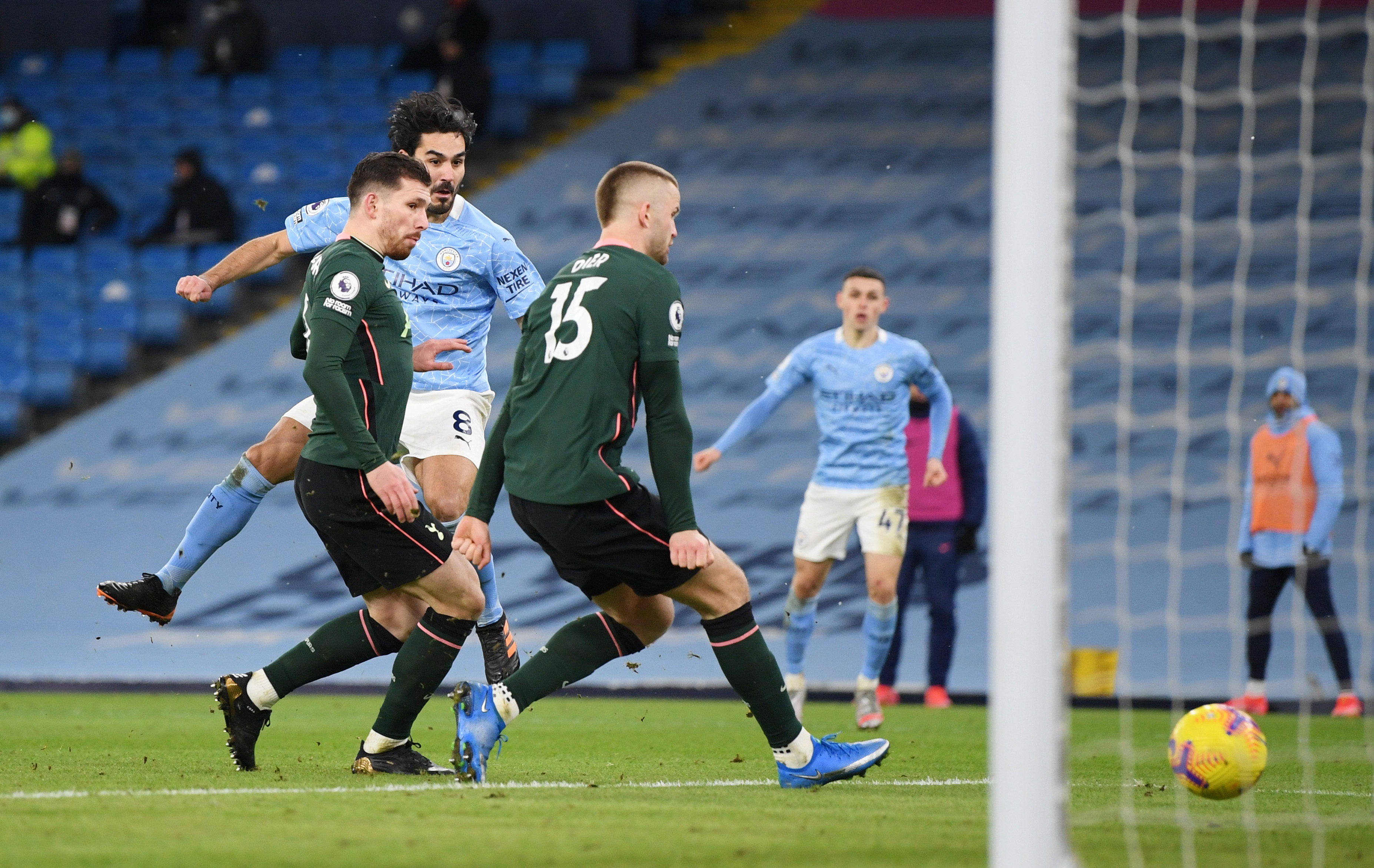 And he was at it again here – winning the penalty which Rodri scored and then adding two goals of his own in the second half.

The only worry for Pep Guardiola was that Gundogan limped off towards the end having clearly felt a twinge in his groin.

Nobody has done more than him in maintaining this record-breaking 16 match winning streak and establishing a seven point lead at the top.

But it was another disappointing day for Jose Mourinho – even though his Tottenham side came close to taking the lead.

But City made the most of their reprieve as they won a penalty when Pierre-Emile Hojbjerg clumsily felled Gundogan.

The German international skied his effort at Anfield on Sunday so responsibility fell to another midfielder – Rodri.

His penalty was low to Hugo Lloris’ right and having got a good hand on it, the Spurs keeper should perhaps have kept it out – but it just about had enough on it. 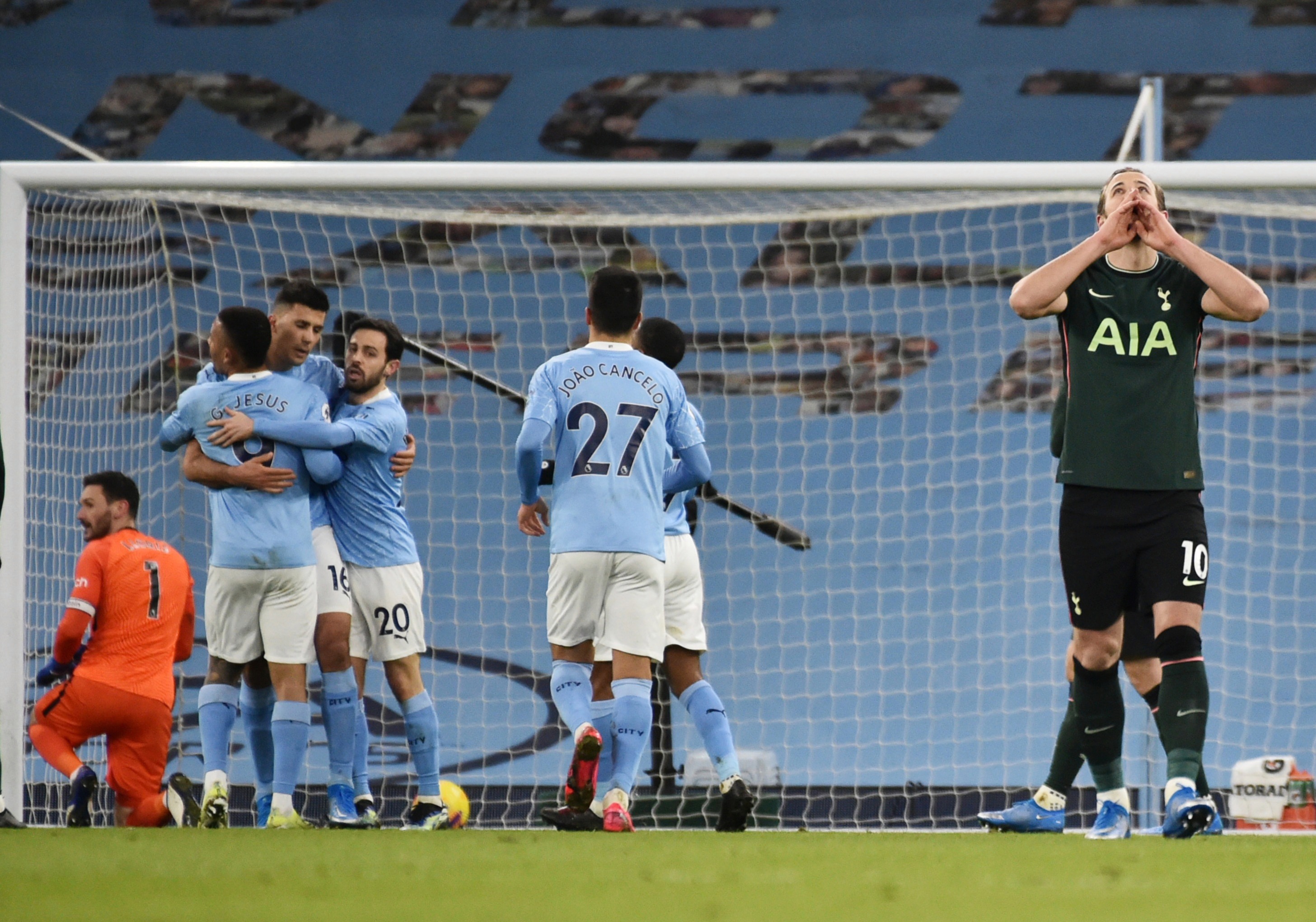 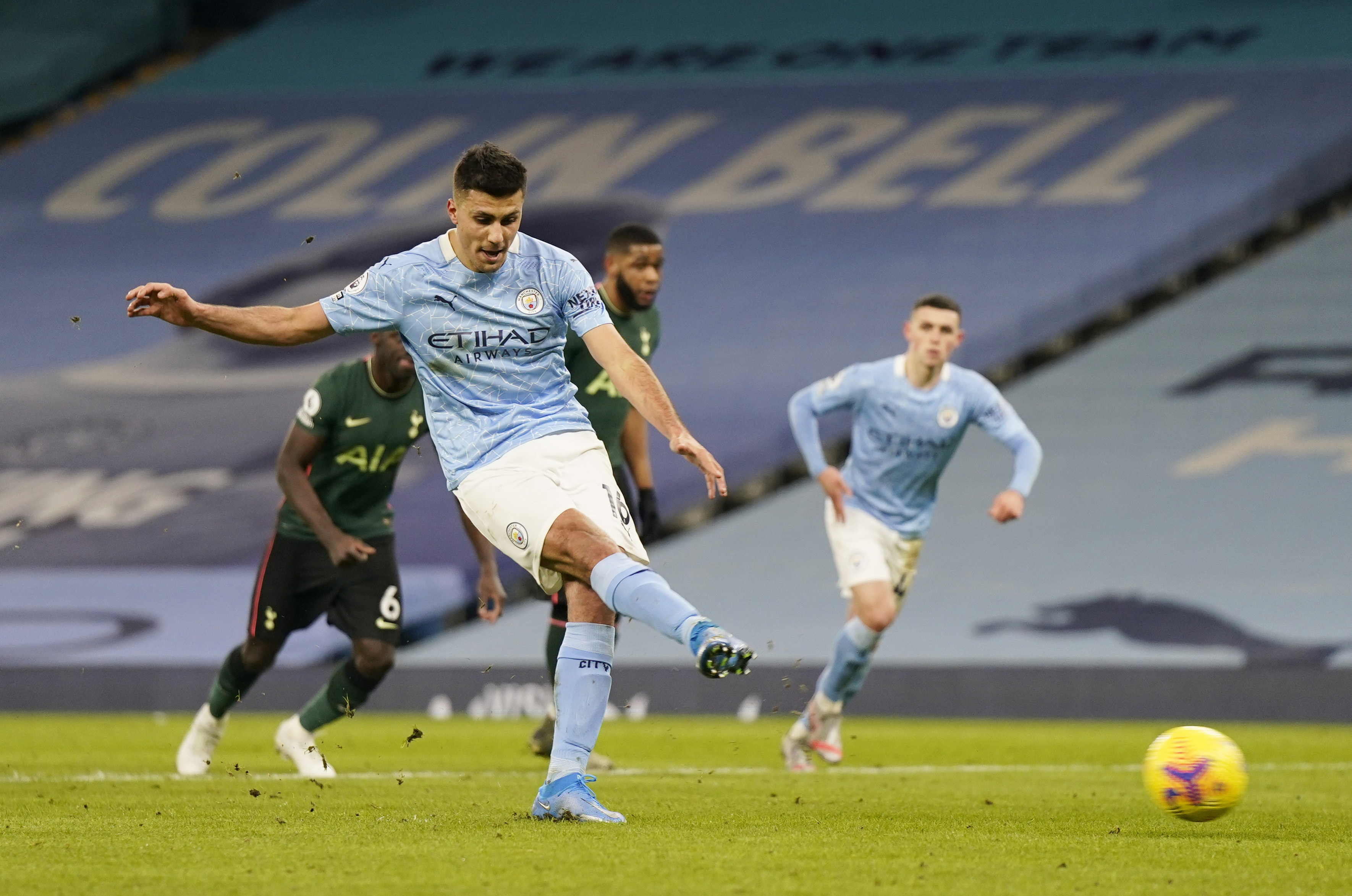 It was the seventh spot-kick City have been awarded in the league this season – at least they have scored more than they’ve missed now.

The leaders came close to a second before the break as Raheem Sterling pulled back for Gundogan but Davinson Sanchez blocked and Gabriel Jesus skied the resulting chance over the bar.

However within five minutes of the re-start they had doubled their lead and it was that man Gundogan again.

Sterling swapped passes with Phil Foden before slipping in the former Borussia Dortmund man who arrived and squeezed his shot under Lloris.

Again the Spurs skipper might have done better but his team now had a huge task against a team who had not conceded in their last six home matches. 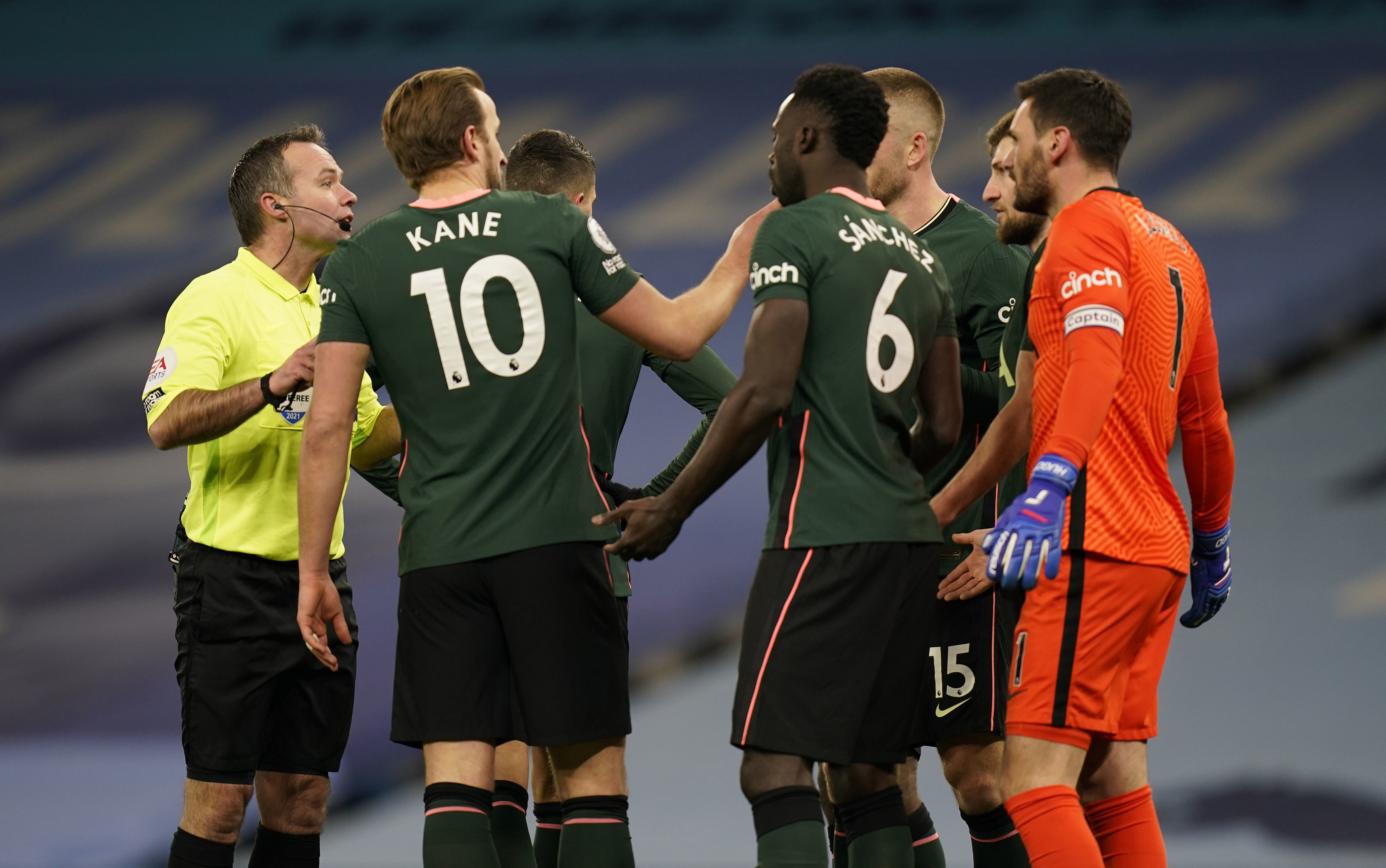 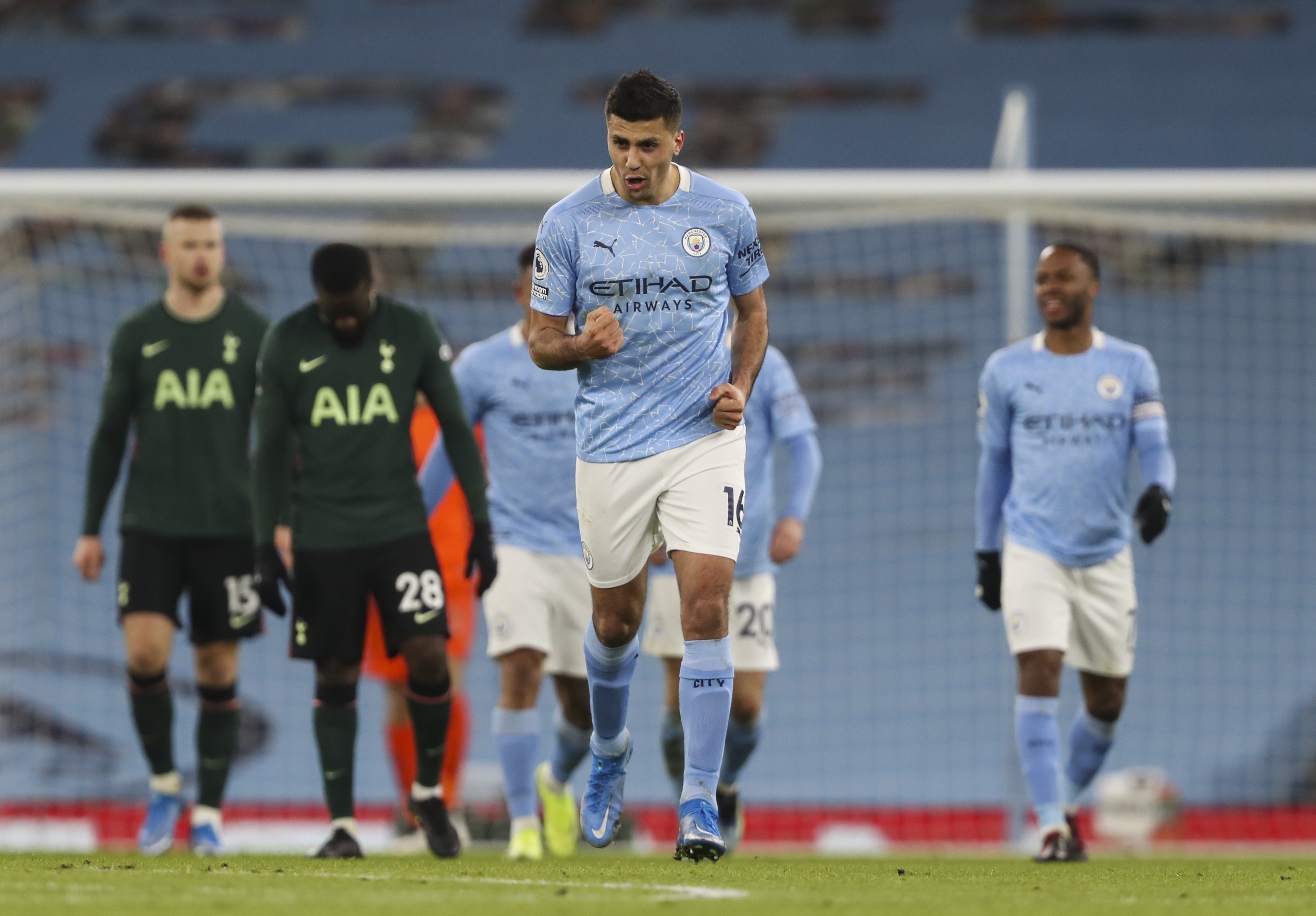 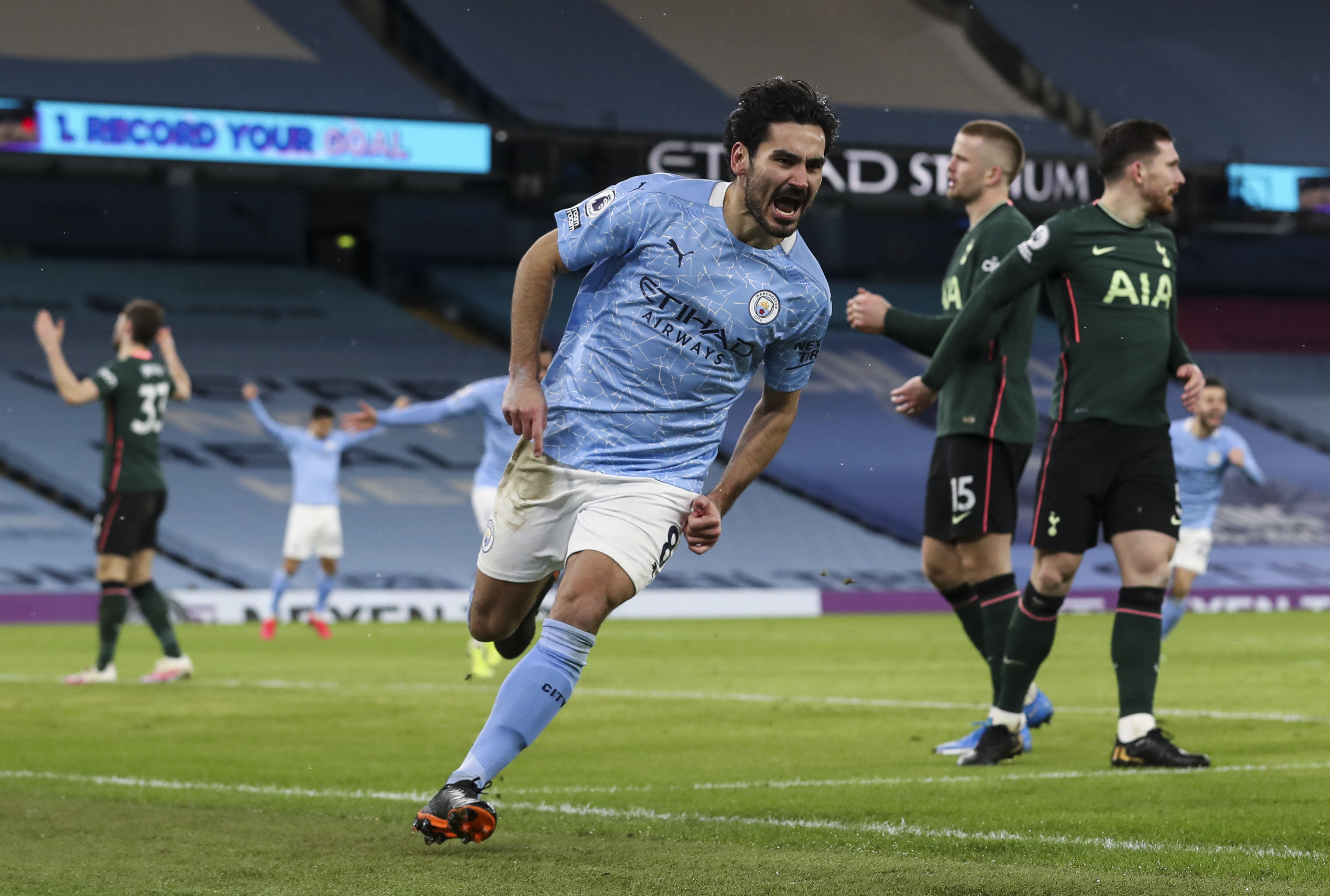 To be fair there was not much he could do about the third as Ederson claimed the assist with a huge kick upfield.

Sanchez got himself underneath it and couldn’t deal with it before Gundogan put him on the floor and rolled into the corner.

That made it 11 goals in his last 12 league appearances for City but it was pretty much his last contribution as he limped off soon afterwards.

Lloris made late saves from Sterling and Bernardo Silva to keep the score respectable but the damage had been done by Gundogan.

City had equalled another record – for the most consecutive wins by a top flight club at the start of a new year. 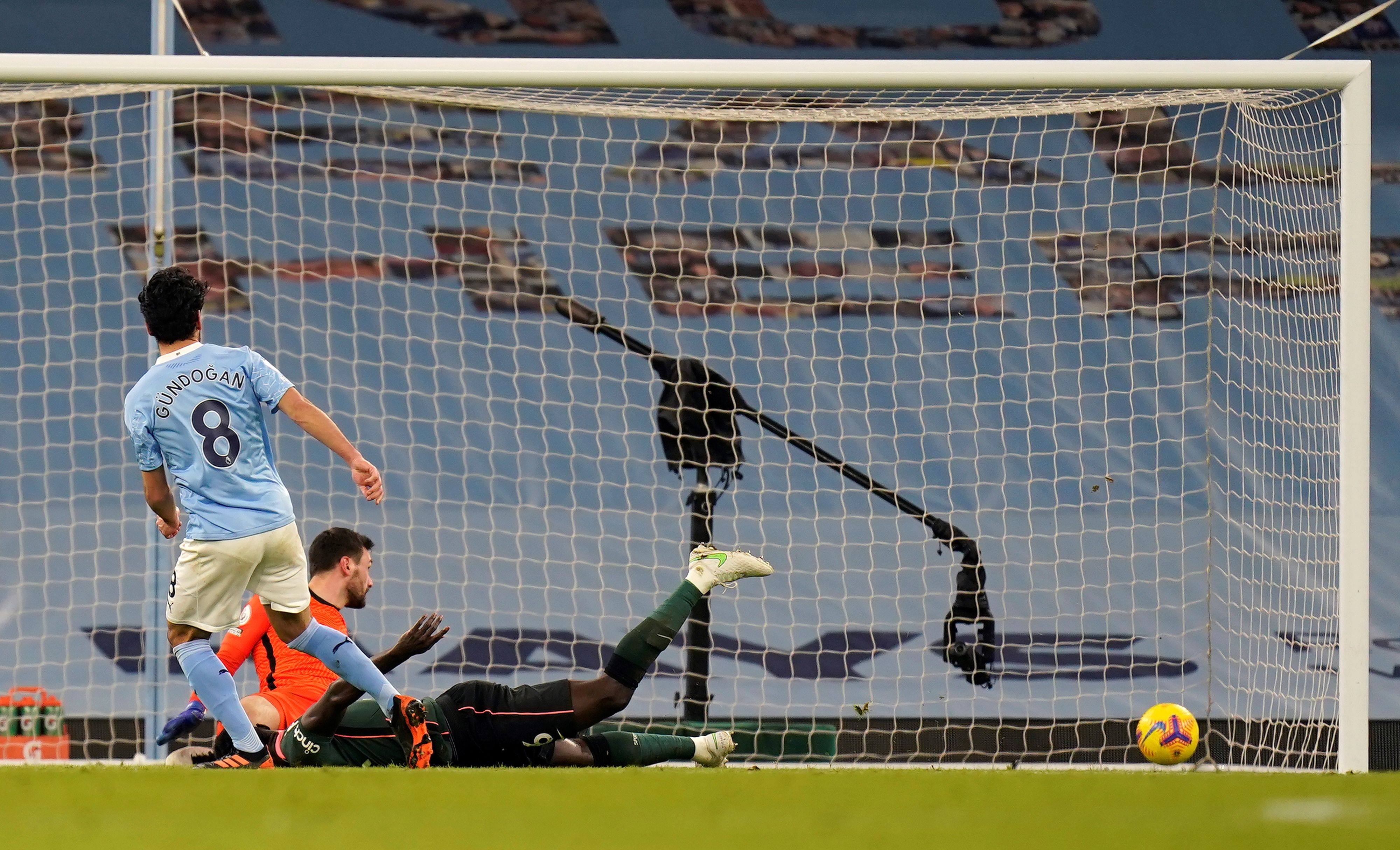 GAMES WON FROM START OF YEAR