Fernandez, 17, was born in Spain but his family are English and he may be moving back to the UK for his next move. 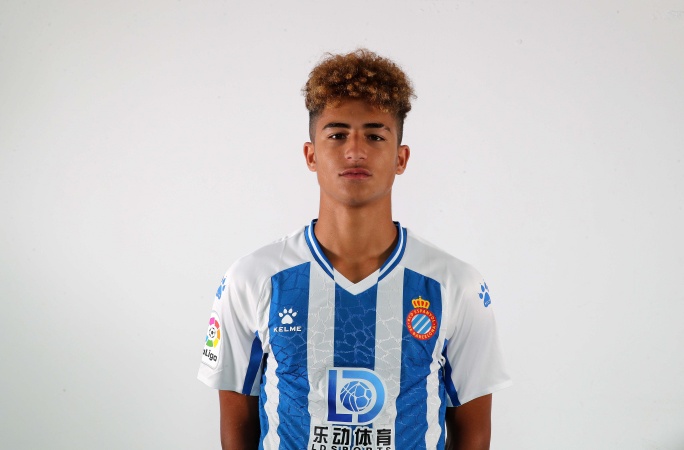 The teenager qualifies for both countries.

He is seen by City as a player they can bring through because he is physically strong and technically good.

Pep Guardiola is believed to be looking for striker reinforcements with the club’s all-time top scorer Sergio Aguero set to leave this summer.

That comes after the legend apologised yesterday for blowing the chance to be a title hero for the second time with a crazy Panenka miss.

His woeful spot-kick spurned the chance to fire Manchester City two-up and on the way to being crowned Premier League champions against Chelsea.

And the striker said: "I would like to apologise to my team-mates, staff and supporters for missing the penalty.

"It was a bad decision and I take full responsibility."

Aguero could have put City two up before half-time and on course for the victory they needed to win the Premier League crown.

But unlike back in 2012 with his last-gasp winner against Queens Park Rangers, the striker fluffed his lines completely with a shocker of a spot-kick.

Boss Pep Guardiola said: “He is selfish because he missed it. If he scored a goal you would say how much of a genius he is. That’s the reality.

“So always I say to the players in the penalties take one decision: Panenka, right, left, short, whatever you want. But commit. He was committed – if he missed it, he missed it.

“Everyone is disappointed but the first disappointment is him.”

The calamitous effort, which keeper Edouard Mendy caught with one hand, spared Chelsea.

The Blues then hit back with two second-half goals to snatch victory – and leave City still short of winning Guardiola’s third title in four years.

Aguero said: “I cannot help but apologise to my team-mates, the coaching staff and the fans for today’s penalty.

“It was a bad decision and I take responsibility.”

However, City could win the title today if neighbours Manchester United lose at Aston Villa.