MANCHESTER UNITED supporters were left baffled by VAR's 'inconsistency' as they were on the wrong side of TWO huge penalty calls against Arsenal.

The Red Devils are out of the Champions League race after they lost 3-1 to the Gunners in a heated clash. 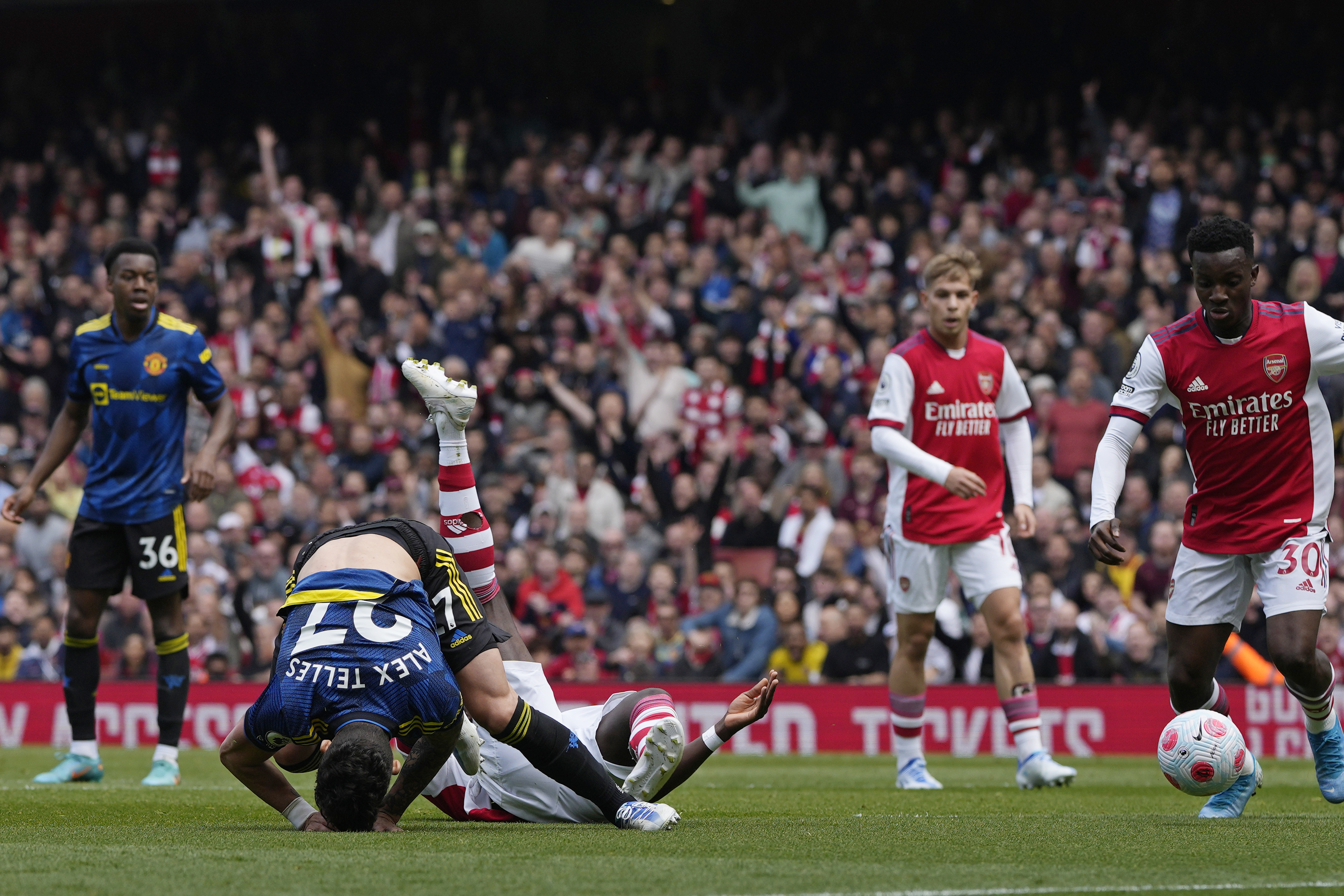 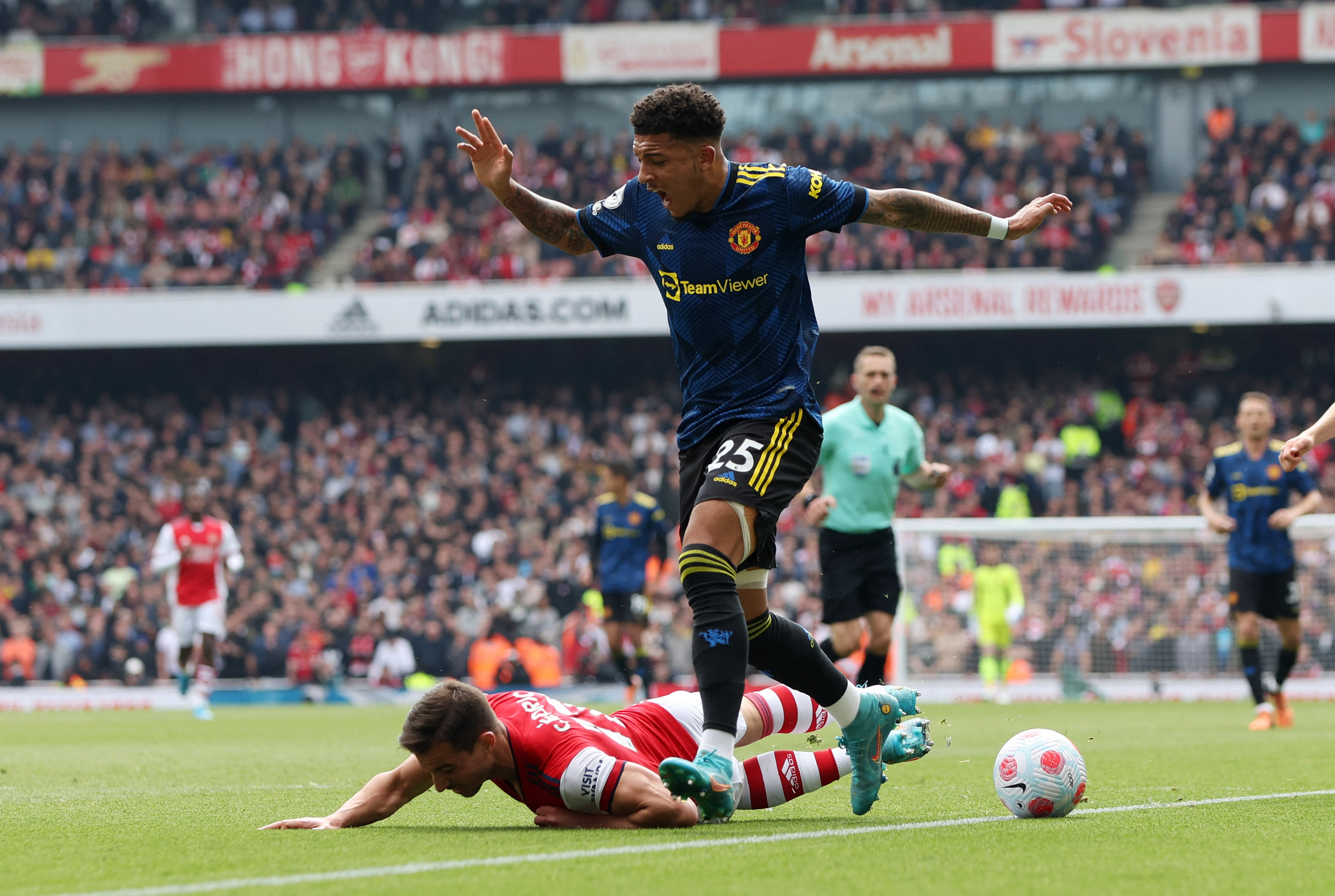 When Arsenal were 1-0 up, an Eddie Nketiah goal was disallowed for offside.

But the home side were instead awarded a penalty after referee Craig Pawson went to the monitor to review an incident.

Pawson pointed to the spot and that left Saka to bury the resulting penalty and further dent the hopes of a United comeback.

Cristiano Ronaldo still pulled one back in the first half on his return to action following the death of his baby son.

Then United fans were left fuming as VAR was ignored after Cedric Soares appeared to handle in the area, stopping Jadon Sancho's path to goal.

Soares fell to the floor, with the ball striking his hand, and while it was unclear if he touched it deliberately there was no doubt it gave the Arsenal defender an advantage.

Ronaldo also put the ball in the net for a second time but was adjudged to be just offside.

Mancunians took to Twitter to complain about the decisions made from video technology.

One user said: "The handball on Cedric Soares was more of a penalty than the one on Saka."

Another quipped: "The key thing that BT are missing with the Soares handball is that he crawls along the floor and flicks the ball back to stop Sancho going past him."

And one added: "If that’s a penalty, so is the Elanga one and the handball from Cedric Soares was clearly obvious. Campaign against United."