SCOTT McTOMINAY won the hearts and minds of Manchester United fans as footage of his demands to 'be aggressive' in the clash with RB Leipzig emerged.

United were 3-0 up and kicking off after Marcus Rashford's second with only 12 minutes left. 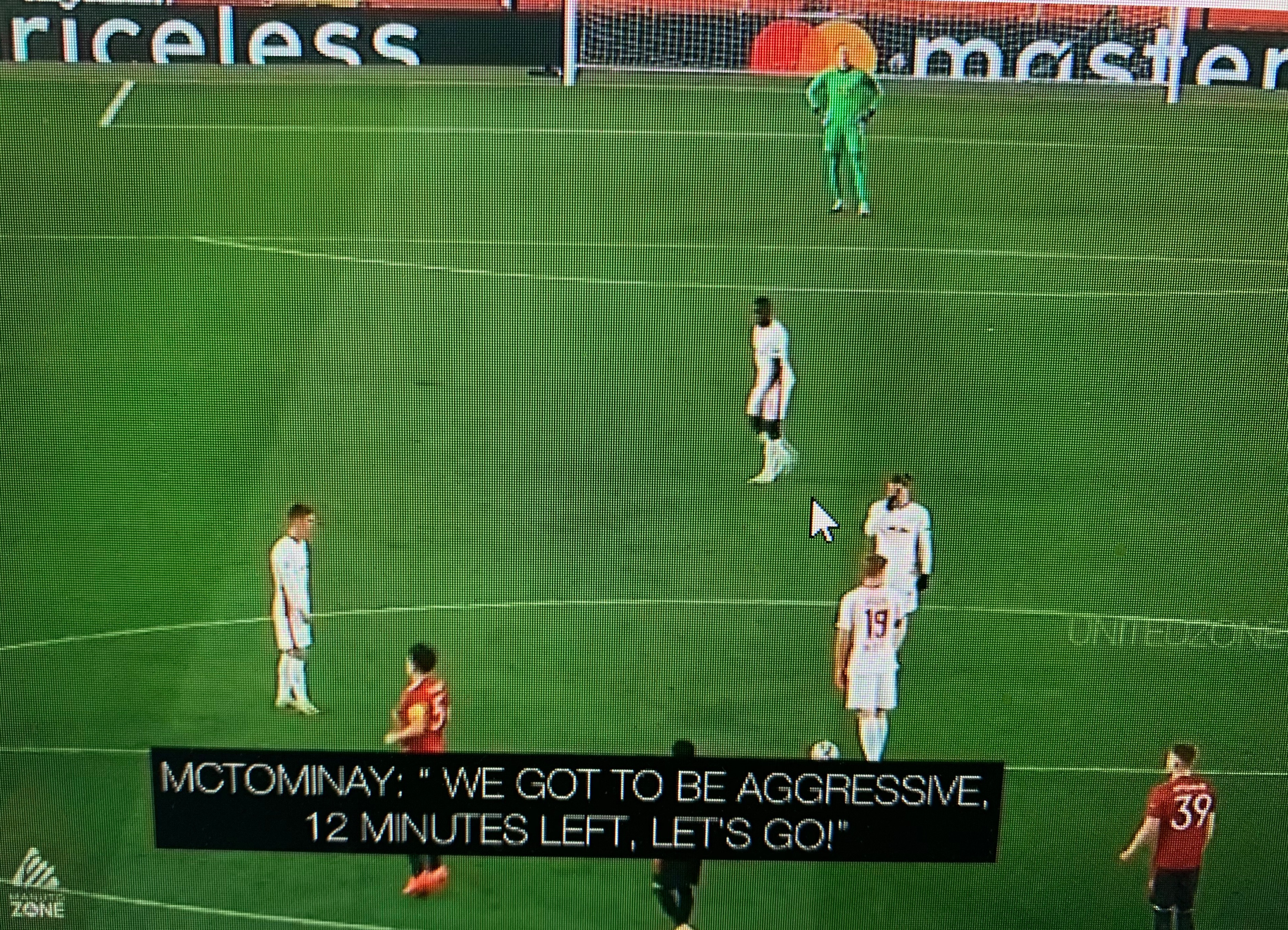 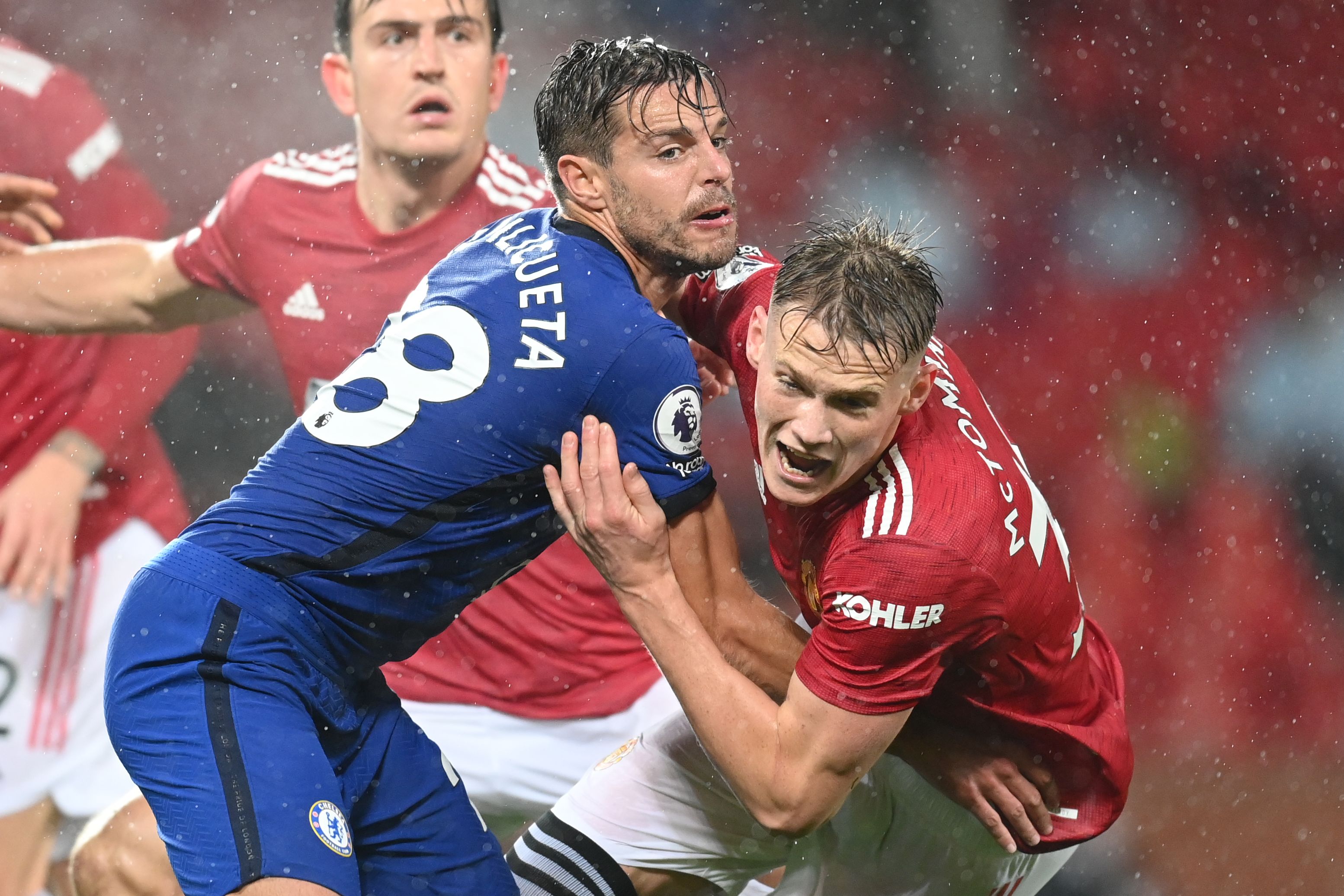 McTominay tells team-mates: "We got to be aggressive, 12 minutes left, let's go."

But perhaps McTominay was mindful of the way Tottenham had blown a 3-0 lead against West Ham with just 11 minutes remaining a fortnight ago.

With no fans in the eerily-silent Old Trafford in Wednesday's Champions League encounter, viewers could clearly hear the Scotland midfielder demanding more from his team-mates.

United were in stunning form to demolish the Bundesliga leaders and last term's Champions League semi-finalists.

Mason Greenwood got the ball rolling on 21 minutes.

Rashford added two goals in five minutes around the three-quarter mark to turn it into a rout.

But, with McTominay demanding more, United refused to put their feet up as Anthony Martial's 87th-minute penalty before Rashford completed his hat-trick on 90 minutes.

Ole Gunnar Solskjaer's side have won both their opening Champions League group matches – in the so-called group of death against the top two sides, Leipzig at home and away to Paris Saint-Germain.

Hard-working McTominay won the manager's player of the year when Jose Mourinho was boss in 2017.

United have bounced back superbly from their 6-1 home mauling against Tottenham.

The spark seems to have coincided with 23-year-old McTominay and Fred shoring up the midfield and offering more protection to out-of-form Harry Maguire and his fellow defenders. 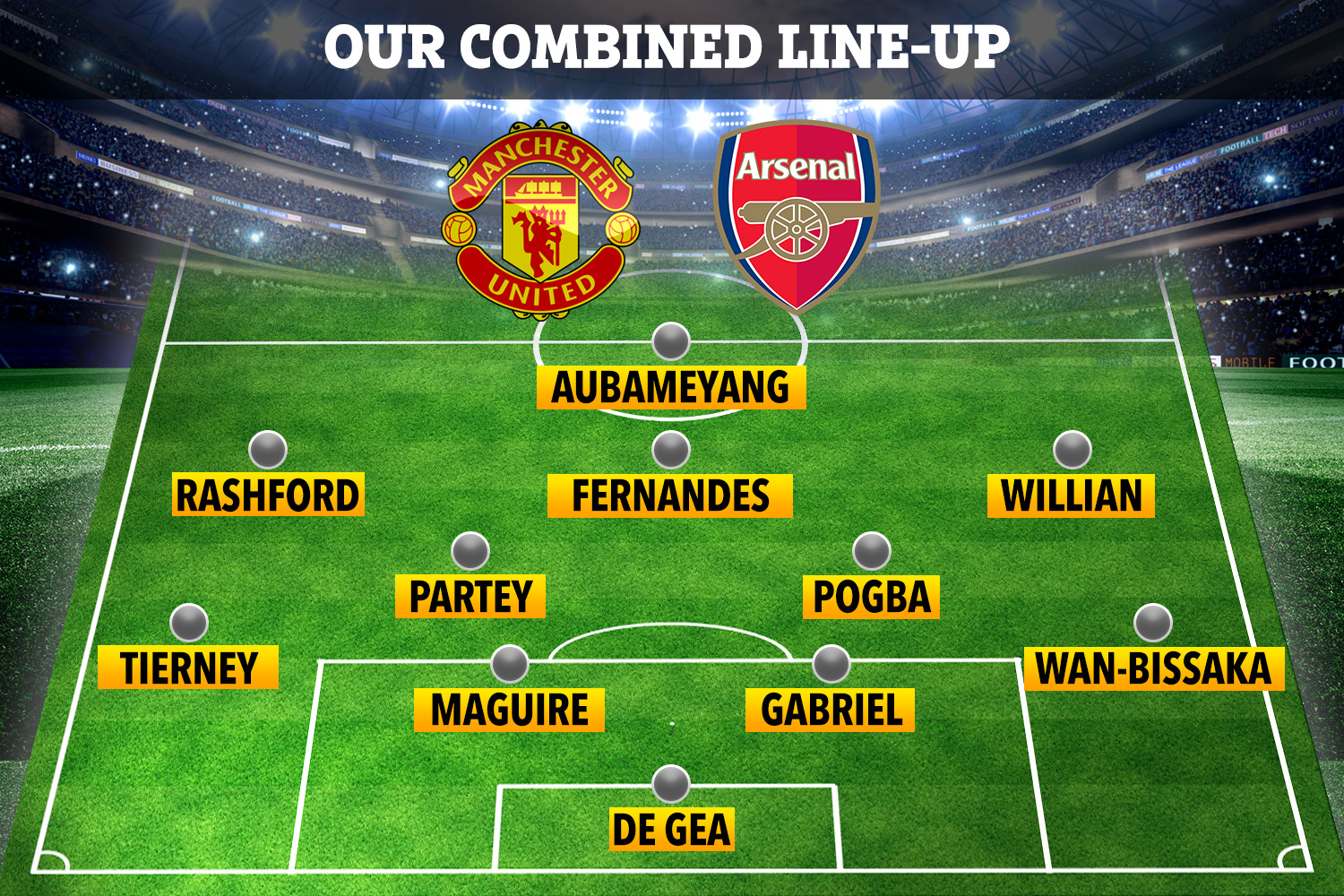 President Trump went on a tear against Twitter on Thanksgiving Day, accusing the platform of trying to “SILENCE THE TRUTH”

President Trump went on a tear against Twitter on Thanksgiving Day, accusing the platform of trying to “SILENCE THE TRUTH”