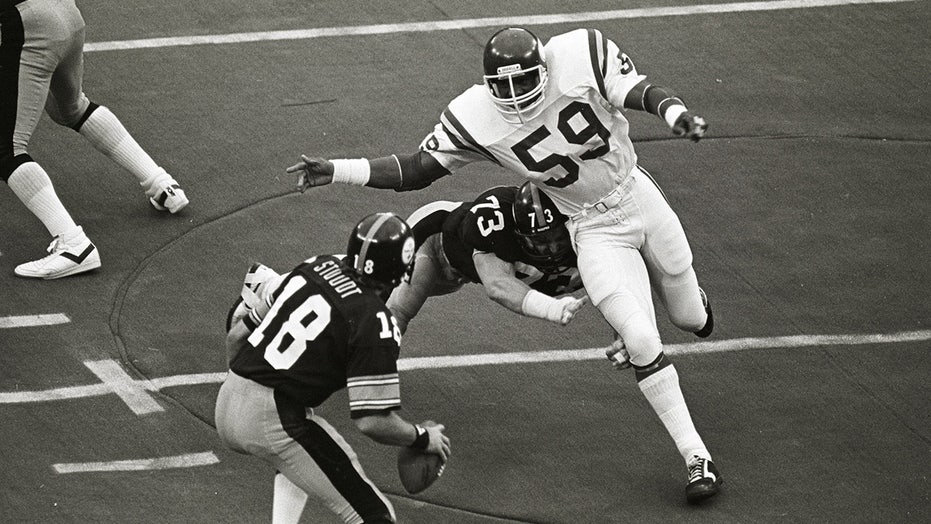 Matt Blair, a former Minnesota Vikings standout linebacker from in the 1970s and 1980s, died Thursday. He was 70.

Blair’s death was believed to be from chronic traumatic encephalopathy (CTE), which is the neurodegenerative brain disease linked to playing football and having a number of concussions, according to the Minneapolis Star Tribune.

Scott Studwell, a former teammate of Blair’s, told the newspaper the linebacker had been suffering.

“He’d been suffering for a while, so I guess maybe it’s a blessing in disguise,” Studwell said. “But it’s still too young. It’s a sad day.”

According to the Star Tribune, Blair received the diagnosis in 2015 that he had early signs of dementia likely caused by CTE. And because he had the disease, his dementia would grow quickly. He is reportedly believed to have had Alzheimer’s disease toward the end of his life.

In his glory days, Blair was a stud linebacker for the Vikings. The team selected him in the second round of the 1974 draft out of Iowa State. He was a six-time Pro Bowler and one-time First-Team All-Pro.

The Vikings released a statement Thursday mourning the loss of Blair.

“Matt Blair was a great presence at Vikings events and a tremendous teammate long after playing. He embodied the best of what it means to be a Viking,” team owner Mark Wilf said in a statement. “Matt is a Ring of Honor player whose legacy will live on forever with the franchise and in the community he loved.”

He is second among Vikings all-time in tackles and was inducted into the team’s Ring of Honor in 2012.

“Aside from being a tremendous athlete and player,” Studwell told the Vikings’ team site. “He was smart, worked at his craft and gave everything for the team. He was a great teammate and fun to be around. He took his work very seriously but had a great life away from football. I'm sad to see him go.”