ANTHONY JOSHUA'S entourage on fight night consists of a football agent, his closest friends and an actor that has starred alongside Dame Judi Dench.

The British star posed for a photograph with his team after he was dethroned by Andy Ruiz Jr in one of the biggest shocks in boxing history. 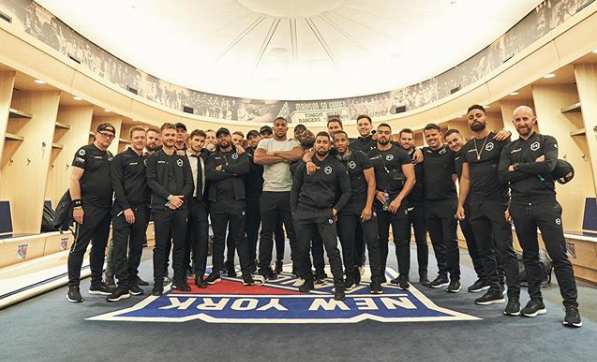 He stood alongside them for a snap in the dressing room after he lost his WBA, IBF and WBO titles to the Mexican in New York.

Promoter Eddie Hearn was pictured, but not all of his entourage are as easily recognisable.

A number of his team uploaded the picture to their Instagram page with motivational captions to inspire Joshua to bounce back.

Heavyweight rival Deontay Wilder also launched a scathing attack at Joshua as he accused him of being a "quitter".