LIONEL MESSI feared he would be banned for El Clasico during Barcelona's tense win over Valladolid. 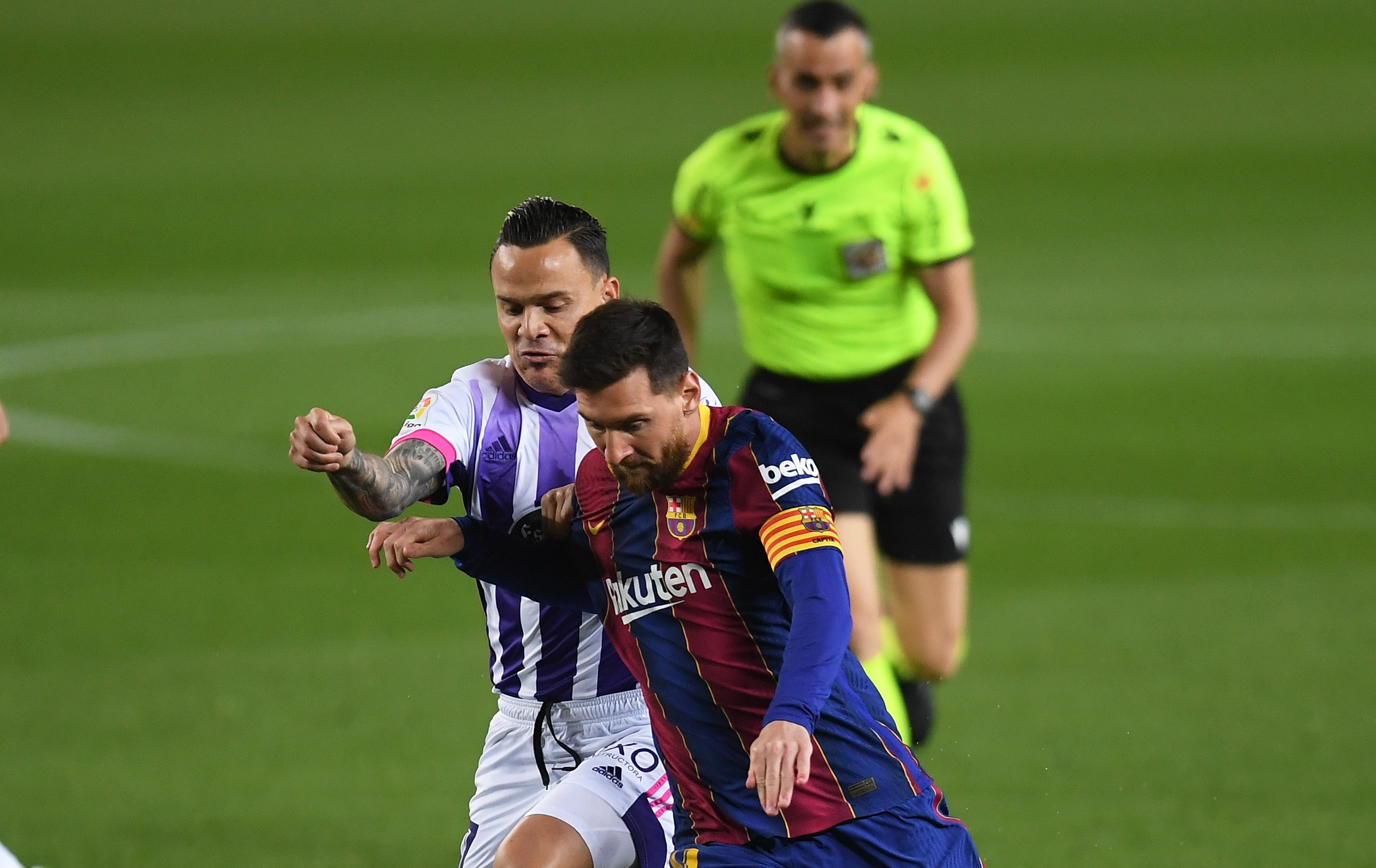 But Sunday's game saw referee Santiago Jaime Latre at the centre of attention for a number of incidents.

At half-time, Messi was overheard by Movistar+ microphones, as reported by Marca, complaining about the official.

The striker told a club delegate: "The referee wants to give me a yellow card, incredible."

A booking would have incurred a one-game ban for the 33-year-old – a fate he managed to avoid for the rest of the game.

He should therefore be in the team to face Real Madrid in the Spanish capital, with Saturday's game kicking off at 8pm.

Alas, it was Valladolid who felt they had most to complain about throughoutthe defeat to Barcelona.

A potential penalty was waved away despite the ball appearing to strike Jordi Alba's hand in the second-half.

Oscar Plano was then sent off on 79 minutes for slide tackling Dembele from behind.

It was the French winger who popped up with the late winner – although that came amid claims of a foul by Alba in the build-up.

The win put Ronald Koeman's side within a point of leaders Atletico Madrid, who lost to Sevilla on the weekend.

While he did not get the winner, fans praised Messi after footage of his half-time team talk emerged.

Speaking to Sergio Busquets, Clement Lenglet and Co in the tunnel, the Argentine delivered some clear tactical advice. 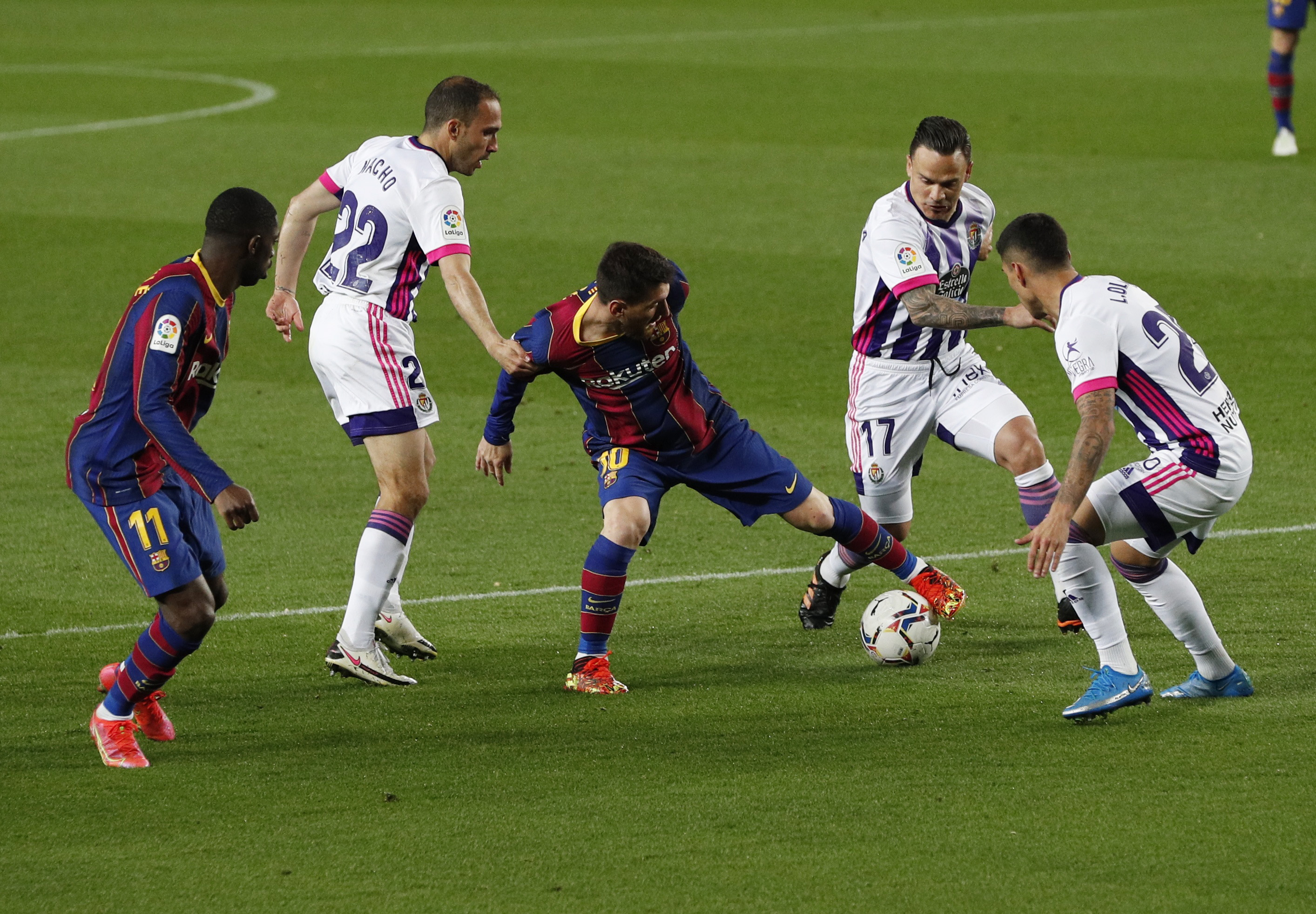 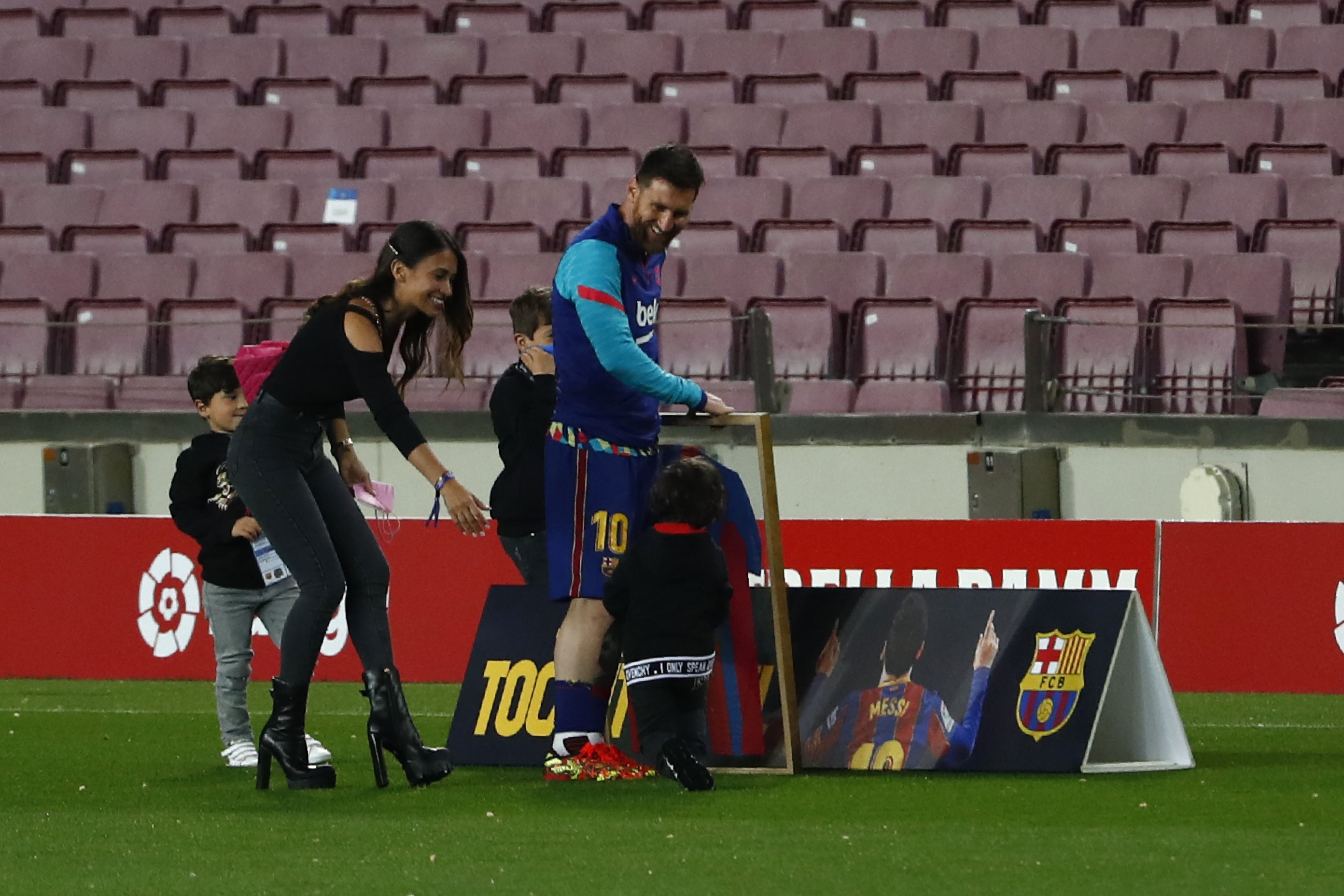 He stated: "Let's move it from one side to the other, to get it wide and into space.

"We are going to have to play with more tempo or it is going to be difficult for us. We have to go up one more gear.