MICAH RICHARDS joked that broadcasting buddy Roy Keane "definitely wants to punch me" after suggesting the pair go on tour.

Former Manchester City defender Richards and ex-Manchester United midfielder Keane have been a surprise hit as a punditry double act on Sky Sports. 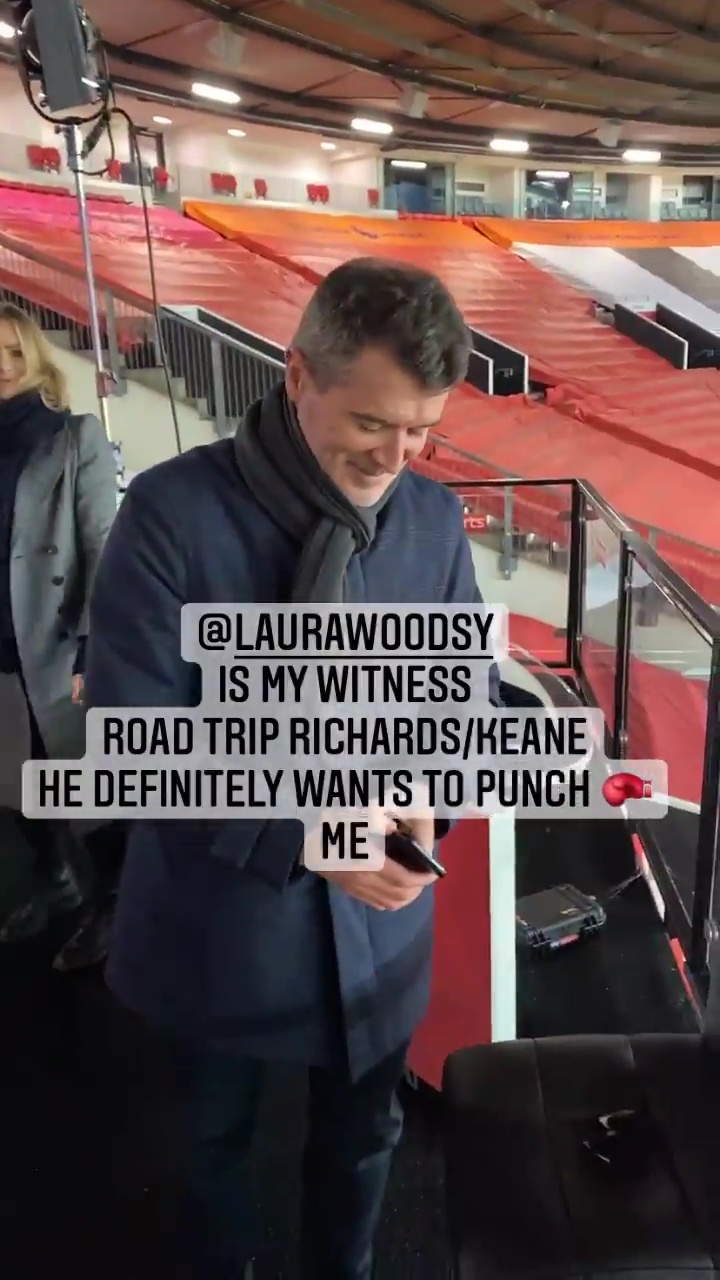 A string of hilarious moments involving the pair have gone viral on social media over the past year.

Taking to Instagram, Richards floated the idea of touring their double act before covering the Carabao Cup semi-final clash between their old clubs.

Keane looks up from his phone and lets out a wry smile as Richards films and says: "Roy, you said we're going on tour? Didn't you?"

The former England international then brings Sky Sports presenter Laura Woods into the shot, commenting: "Loz, you're my witness. We're going on a road tour!"

Richards lets out his iconic laugh and then pans the camera back to a clearly amused Keane.

He captioned the clip: "@LauraWoodsy is my witness. Road trip Richards/Keane. He definitely wants to punch me."

Football fans were salivating at the prospect of a Richards and Keane road trip.

One Twitter user wrote: "What a show that would be!"

A second demanded: "Please somebody commission this."

While another commented: "Richards & Keane reviewing an away day every week! Supporters busses, away pubs & sitting in the away support."

Arguably, the pair's most iconic moment came in their first major television duel when Keane was less than enamoured by Richards' claim that he "burst onto the scene" at City.

Keane argued that defenders rarely ever do such a thing, but Richards replied: "Well, hold on! I played for England at 18; youngest ever defender to play for England. I would say that's bursting onto the scene."

It is not the first time Richards has floated the idea of a road trip with Keane.

He told the Daily Mail last year: "It's never dull when we're on air. I've had hundreds of messages telling me we should do a travel show. And while Roy has never hidden his ambition to return to coaching, I'm keen to spend more time with him in 2021. I don't know if the feeling is mutual!"