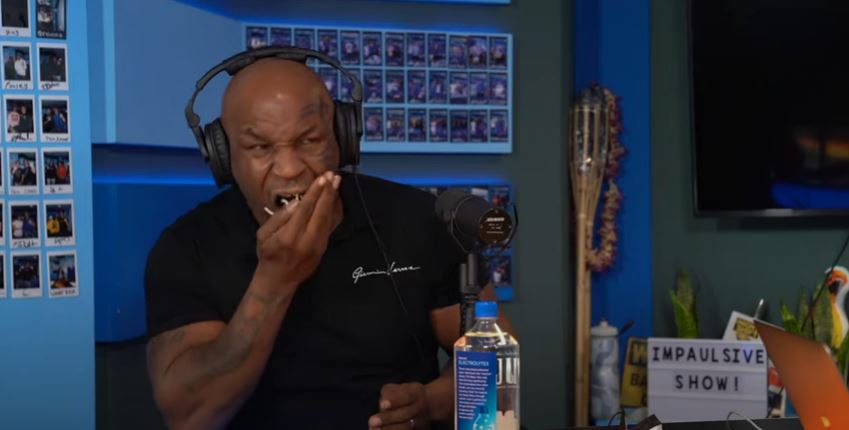 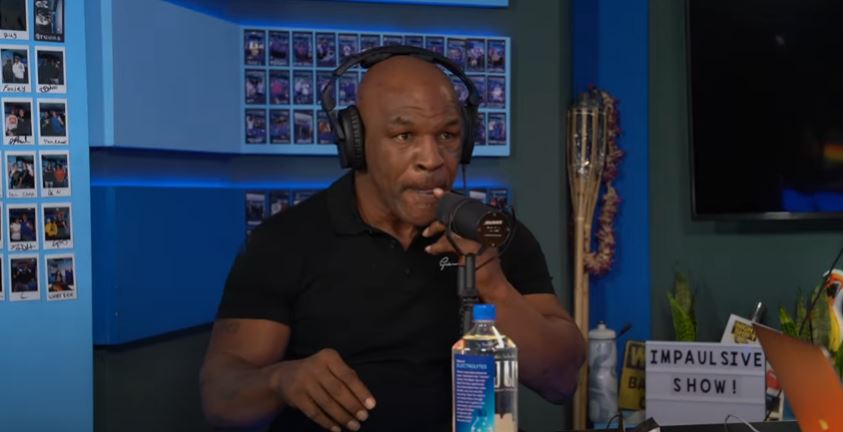 Tyson waited just FIVE minutes into the podcast before chewing his way through the magic mushrooms after being offered them by Paul’s Impaulsive podcast co-host Mike Majlak.

It led Tyson to declare his support for them to be made legal, adding ‘it’s going to be the best thing in the 21st century’ and that they ‘help me be a better me’.

Indeed, Tyson claimed he is a regular magic mushroom user and even knocked some back days before his comeback exhibition against Roy Jones Jr last month.

Tyson has made no secret of his drug history, having been a regular cocaine user in his prime.

He is a huge advocate for marijuana and even runs his own cannabis business.

Tyson also revealed earlier this month he took the psychedelic ‘Toad Venom’ drug to help him get in shape for his first fight in 15 years.

“It really blew my mind. It told me to come back and start getting in shape.”

Tyson also had a prediction for Paul’s upcoming fight with Floyd Mayweather on the podcast.

Despite talking directly to the YouTuber, Tyson hilariously claimed Mayweather was going to ‘beat his f***ing ass!’.

Tyson added: “There’s nothing good, he’s gonna fight back though, he’ll fight back.”

Viewers tuning in to The Masked Singer on Saturday night were convinced that they've figured out who the Viking is.

Viewers tuning in to The Masked Singer on Saturday night were convinced that they've figured out who the Viking is.