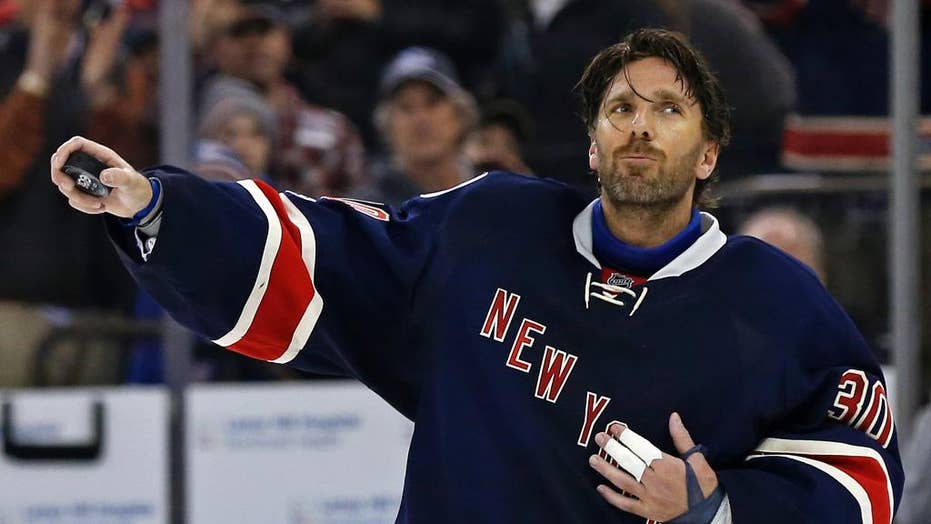 The New York Rangers announced Wednesday that they are parting ways with veteran goaltender Henrik Lundqvist after 15 seasons, signaling the end of an era for New York hockey.

The Blueshirts bought out the final year of Lundqvist’s $59.5 million contract, making him an unrestricted free agent for the first time in his professional career.

"15 years ago, I played my first game for @NYRangers," Lundqvist wrote on Twitter. "I came here with high hopes and big dreams but in my wildest imagination, I could never have pictured the amazing ride that lay ahead.."

He added: "Representing this organization has been the biggest source of pride and joy in my life. I’m so grateful for the opportunity, for the friendships and for all the great memories created wearing the red, white and blue. I will always cherish my time as a Ranger."

Not only an icon in New York, Lundqvist was awarded the Vezina Trophy in 2011-2012 and was a finalist four other times. A five-time NHL All-Star, Lundqvist took the Rangers to 11 playoff seasons, three Eastern Conference finals and a Stanley Cup final in 2014.

"Few players have been as important to the Rangers franchise as Henrik Lundqvist, and we are incredibly grateful for all he has done for our organization," owner James Dolan said in a statement. 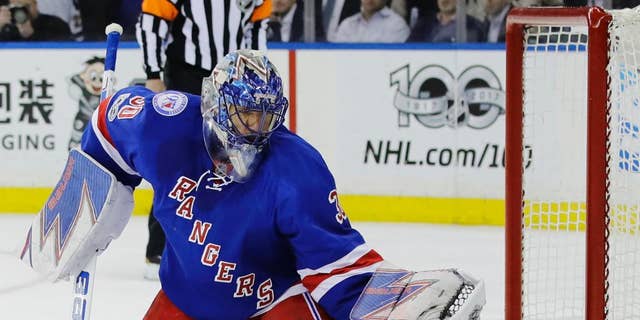 New York Rangers goalie Henrik Lundqvist, of Sweden, stops a shot on the goal during the first period of Game 4 of an NHL hockey Stanley Cup second-round playoff series against the Ottawa Senators Thursday, May 4, 2017, in New York. (AP Photo/Frank Franklin II)
(The Associated Press)

"Over his 15-year tenure, he not only established himself as one of the best goaltenders to ever play the game, he has also been one of hockey's fiercest competitors and most effective ambassadors. He will always be a part of the Rangers family."

Rangers President and Alternate Governor John Davidson added: "We would like to thank Henrik for his immeasurable contributions to the New York Rangers.

"From the time I met Henrik when he first came to New York in 2005, he has been the consummate professional. His tireless work ethic, passion for the game, and love of the Rangers and New York City enabled him to become one of the greatest goaltenders in hockey and one of the best players in the history of our franchise. We all wish Henrik and his family the best going forward."

CLICK HERE TO GET MORE SPORTS COVERAGE ON FOXNEWS.COM

A Stanley Cup caliber goalie, Lundqvist will likely shop for a one-year contract that will allow him the opportunity as the Rangers move forward in their rebuild with Igor Shesterkin-Alex Georgiev in between the posts.