Home » Sport » NFL WEEK 14: Our official predictions for who wins this weekend 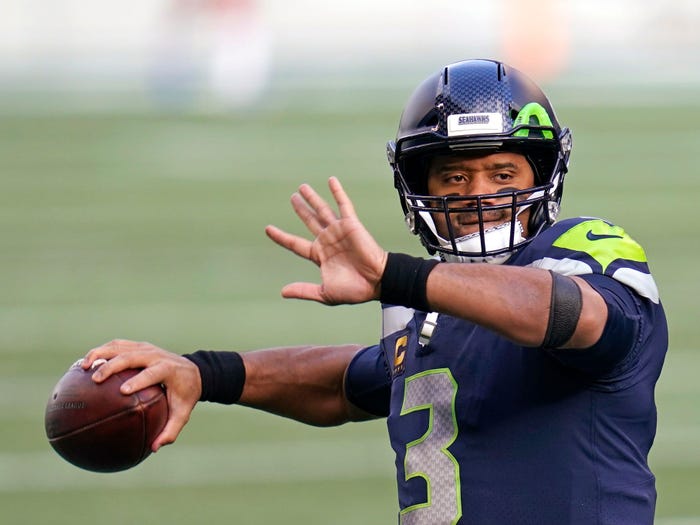 Through 13 weeks, the NFL playoff picture is finally taking shape. The Steelers and Chiefs battle atop the AFC, while the Saints are taking on all comers in the NFC.

As the season heads into the homestretch, games become even tougher to bet on. Some teams are still playing for a playoff spot, while others might already be looking forward to the offseason. It's a strange year, and with no more bye weeks in play, it's only due to get stranger.

Last week our picks went a disappointing 6-9 against the spread. Let's see if we can bounce back this week with some winners (* indicates home team).

This game is extremely personal to the Rams, who still have their core roster from their loss in the Super Bowl to the Patriots two years ago. New England has had quite a bit of turnover since then and also walked out of that game with a ring and happy. Expect Sean McVay to pull out all the stops on offense after he managed just a field goal against the Patriots in their last meeting.

Earlier in the season, the Packers beat the Lions 42-21. That game was the first time the Packers had beaten the Lions by more than a touchdown since 2014. Rivalry games tend to be close. I don't know how they get there, but it feels like the Lions will keep this one within the number.

After getting run off of the field in the first half against the Browns last week, look for the Titans to get off to a hot start in this one on Sunday. Look for running back Derrick Henry to have a big day against a Jacksonville defense that's allowing the third-most rushing yards to opponents in all of football.

The Cardinals are looking to bounce back after a rough few games. The Giants are as hot as they've ever been, winners of five straight. Buy low on the Cardinals and sell high on the Giants. Simple as that.

Both of these teams are coming off of losses in games they should have won. The difference is that the Texans have the talent to regroup, while the Bears are a team you expect to collapse.

It has been a stop-and-start season for Carolina's best player as Panthers running back Christian McCaffrey is once again dealing with an injury. It's tough to pick a side in this one, so take the points or don't bet at all.

Heading into their bye week, the Buccaneers had lost three of their past four games and looked absolutely without direction. Tom Brady and head coach Bruce Arians may have righted the ship since we've last seen them, but that'd be a lot of work to get done in two weeks.

The Chiefs have won their past four games by a touchdown or less. They're due for a blowout.

Las Vegas saved their season last weekend with a miraculous Hail Mary in the final seconds against the Jets. I'm hoping that close shave against the worst team in football woke them up a bit. The Colts are good, not great, and very beatable.

The Jets are an absolute mess. In losing to the Raiders, they called a play so bad they had to fire their defensive coordinator over it. The team's own players even spoke out against the call. There's not a lot to believe in there. Meanwhile, the Seahawks are coming off of an embarrassing loss to the Giants. They're not going to lose to the dregs of New York's NFL offerings two weeks in a row.

It's impossible to tell which version of either of these teams will show up on any given Sunday. Given that the Chargers are coming off of an absolutely atrocious loss to the Patriots, they feel like the play here — their value could never be lower — but this game is one to skip if you can.

I've been losing money betting against Taysom Hill and the Saints since Sean Payton turned to his multi-tool player as his backup quarterback. Hill has proven me wrong at every turn, but the bill has to come due for the Saints eventually.

Congratulations to the Washington Football Team for handing the Steelers their first loss of the season last weekend. It was a brilliantly played game and a hard-fought win. That said, they are due for a let-down game, and the 49ers are the perfect team to deliver it to them.

This should be a good game. I'd rather bet on Josh Allen right now than Ben Roethlisberger.

Baker Mayfield is playing hot right now, while the Ravens are still getting their legs back after a fairly significant mid-season stumble. The Ravens demolished the Browns in the first game of the season this year, and this is Cleveland's chance at revenge.