BREAKING NEWS: Novak Djokovic confirms he has been REFUSED entry to the United States and will not play in the US Open after CDC opted against changing their COVID entry rules in time for unvaxxed 21-time Grand Slam champion to participate

Novak Djokovic has announced he will not be traveling to New York for the upcoming US Open after refusing to be vaccinated against COVID-19 , making himself ineligible to enter the country.

‘Sadly, I will not be able to travel to NY this time for US Open,’ Djokovic tweeted Thursday ahead of the US Open draw. ‘Thank you #NoleFam for your messages of love and support. Good luck to my fellow players! I’ll keep in good shape and positive spirit and wait for an opportunity to compete again.

Djokovic was holding out hope of being able to enter the US Open, provided the US government changed its policy. The US Tennis Association previously said it would adhere to such a change by allowing Djokovic to play in the tournament if he were permitted in the US.

After beating Nick Kyrgios in the Wimbledon final on July 10, Djokovic said he ‘would love’ to participate in the last Grand Slam tournament of the year at Flushing Meadows, but he also acknowledged, ‘I’m not planning to get vaccinated.’

About three weeks later, Djokovic posted on social media that he was holding out hope of getting the chance to play in the UU Open, writing: ‘I am preparing as if I will be allowed to compete, while I await to hear if there is any room for me to travel to US. Fingers crossed!’ 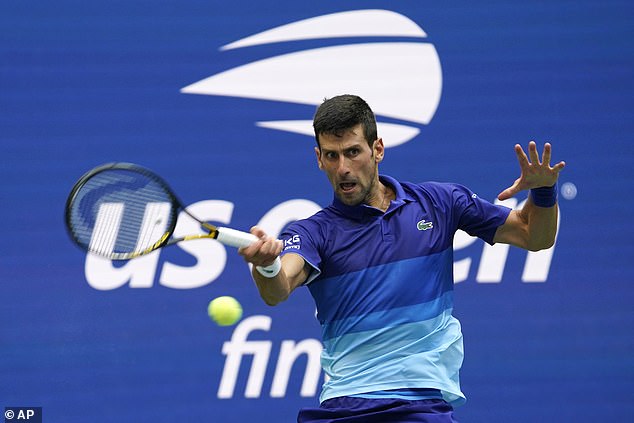 Officials did stress that he will be welcome to play at the US Open in 2023.

‘Novak is a great champion and it is very unfortunate that he will be unable to compete at the 2022 US Open, as he is unable to enter the country due to the federal government’s vaccination policy for non-US citizens,’ tournament director Stacey Allaster said in a statement.

‘We look forward to welcoming Novak back at the 2023 US Open.’

An additional player form the Qualifying Tournament will be the ‘lucky loser’ who replaces Djokovic at the 2022 US Open, according to a statement from tournament officials.

Officially, Djokovic withdrew from the tournament before the main draw was released.

The 35-year-old Serbian had ample reason to play in New York, given that his 21 Grand Slam titles is just one off the men’s record held by rival Rafael Nadal.

However, Djokovic has steadfastly refused to get vaccinated against COVID-19, missing several tournaments as a result. The decorated Serbian tennis sensation has maintained that he is not against all vaccines, but is very discriminating when it comes to things he puts into his own body.

‘I was never against vaccination,’ he told the BBC in February, saying he got vaccinated as a child, ‘but I’ve always supported the freedom to choose what you put in your body.’ 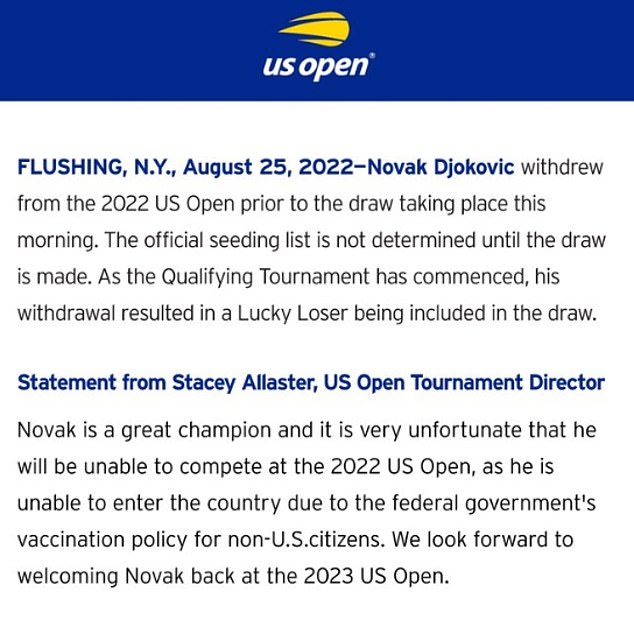 An additional player form the Qualifying Tournament will be the ‘lucky loser’ who replaces Djokovic at the 2022 US Open, according to a statement from tournament officials

The US Tennis Association has said all along it will follow government rules about vaccination status for this year’s Open. There is no vaccine mandate at the tournament for players or their support teams — meaning that an unvaccinated American would be allowed to compete — and spectators will not be required to wear masks.

Djokovic missed the Australian Open in January after a protracted legal saga ended with his deportation from that country because he isn’t vaccinated against COVID-19. His attorneys argued that he didn’t t need to be vaccinated because he had recently overcome a bout with COVID-19

The incident sparked controversy around the globe. Most notably, Howard Stern slammed Djokovic, calling him a ‘f***ing a**hole.’

Stern mostly objected to Djokovic’s stance because COVID-19 is an infectious, communicable virus. Djokovic has stated that he believes one’s choice to vaccinate is a personal decision.

‘Well that’s like saying smoking is a private decision,’ Stern said. ‘Well that’s true, but don’t smoke in my face, f***nut. What a dummy. Just a big, dumb tennis player.’

Djokovic’s visa was revoked and then later reinstated upon his arrival in Australia in an lengthy saga over whether he should have been allowed into the country. The news that Djokovic was granted an exemption to vaccination rules to enter the country provoked an initial outcry and the ensuing dispute has since overshadowed the lead-up to the Australian Open. 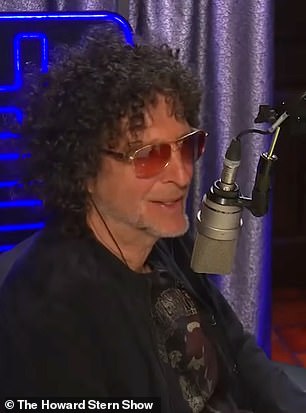 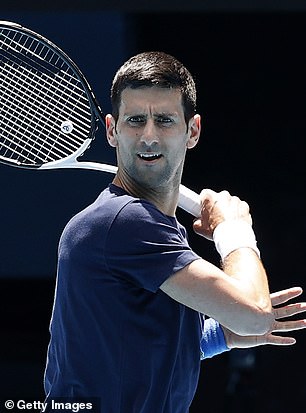 Djokovic missed the Australian Open in January after a protracted legal saga ended with his deportation from that country because he isn’t vaccinated against COVID-19. The incident sparked controversy around the globe. Most notably, Howard Stern (left) slammed Djokovic, calling him a ‘f***ing a**hole’

Since then, he also sat out four significant tournaments in North America in 2022, including in Montreal and Cincinnati recently.

He did play in the French Open, where he lost in the quarterfinals to Nadal, and at Wimbledon, where Djokovic won the title.

Djokovic has spent more weeks at No. 1 than anyone else in the history of the ATP rankings. He is No. 6 this week, in part because no rankings points were awarded at Wimbledon this year.

Among the other players who will not be at the U.S. Open for various reasons are No. 2-ranked Alexander Zverev, the 2020 runner-up in New York; 2016 champion Angelique Kerber; 2019 French Open finalist Marketa Vondrousova; Gael Monfils and Reilly Opelka.