Home » Sport » Ollie Robinson's suspension for offensive tweets is 'over the top' and ECB should RETHINK decision, blasts Culture Sec

ENGLAND cricketer Ollie Robinson's suspension for racist and sexist tweets is "over the top" and should be reversed, a senior minister has said.

Culture secretary Oliver Dowden said the historic posts were "offensive and wrong" but that they were "written by a teenager". 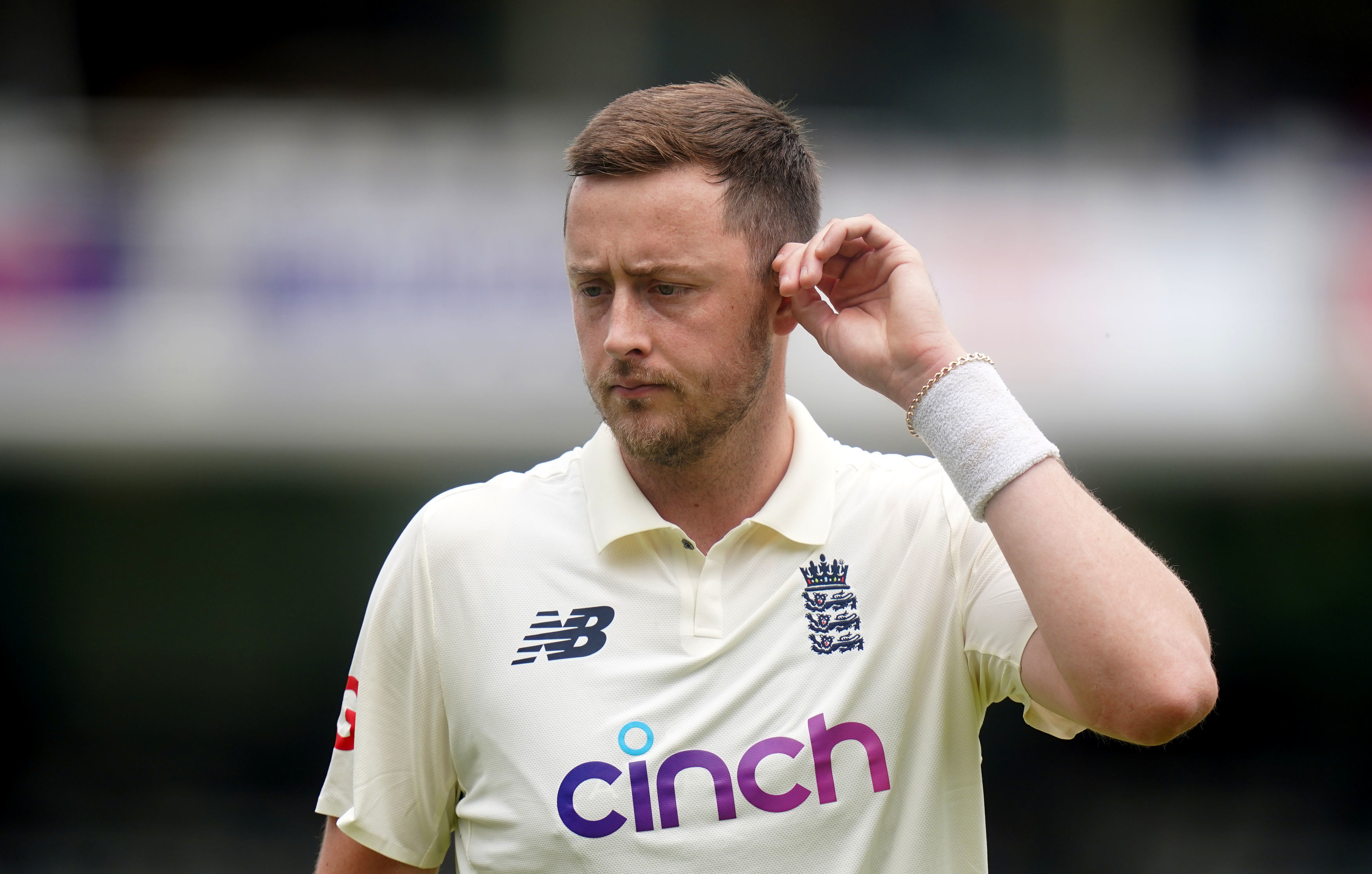 The decade-old messages were unearthed while the 27-year-old made his Test debut for England against New Zealand at Lord's last week.

He has now been suspended from all international matches while the England and Wales Cricket Board (ECB) conducts a probe.

Wading into the row today, Mr Dowden said: "Ollie Robinson’s tweets were offensive and wrong. They are also a decade old and written by a teenager.

"The teenager is now a man and has rightly apologised. The ECB has gone over the top by suspending him and should think again."

The Sussex all-rounder left the England camp on Sunday after the drawn First Test and will not play in the Second Test at Edgbaston on Thursday.

And captain Joe Root insisted Robinson has learned a “very hard lesson” and promised England will continue to try to make cricket as inclusive as possible.

With Robinson not likely to feature in England’s 12 white-ball matches in June and July, the earliest he could return would be the First Test against India on August 4.

But, with the likes of Ben Stokes, Jofra Archer, Chris Woakes, Sam Curran and Chris Woakes available then after injury and rest, Robinson might not play for England again this summer.

An England statement said: “Ollie Robinson has been suspended from all international cricket pending the outcome of a disciplinary investigation following historic tweets he posted in 2012 and 2013.”

On day one of the First Test, Robinson was found to have sent racist, sexist and other offensive tweets when he was aged 18.

He made a public apology as well as saying ‘sorry’ to the players after play in the dressing-room.

He was able to focus on his cricket and finished with match figures of 7-101 as well as scoring 42 on his England debut.

Robinson, now 27, could be replaced at Edgbaston by Somerset all-rounder Craig Overton, who was reported for telling former Sussex batsman Ashar Zaidi to “go back to your own f***ing country” during a match in 2015. 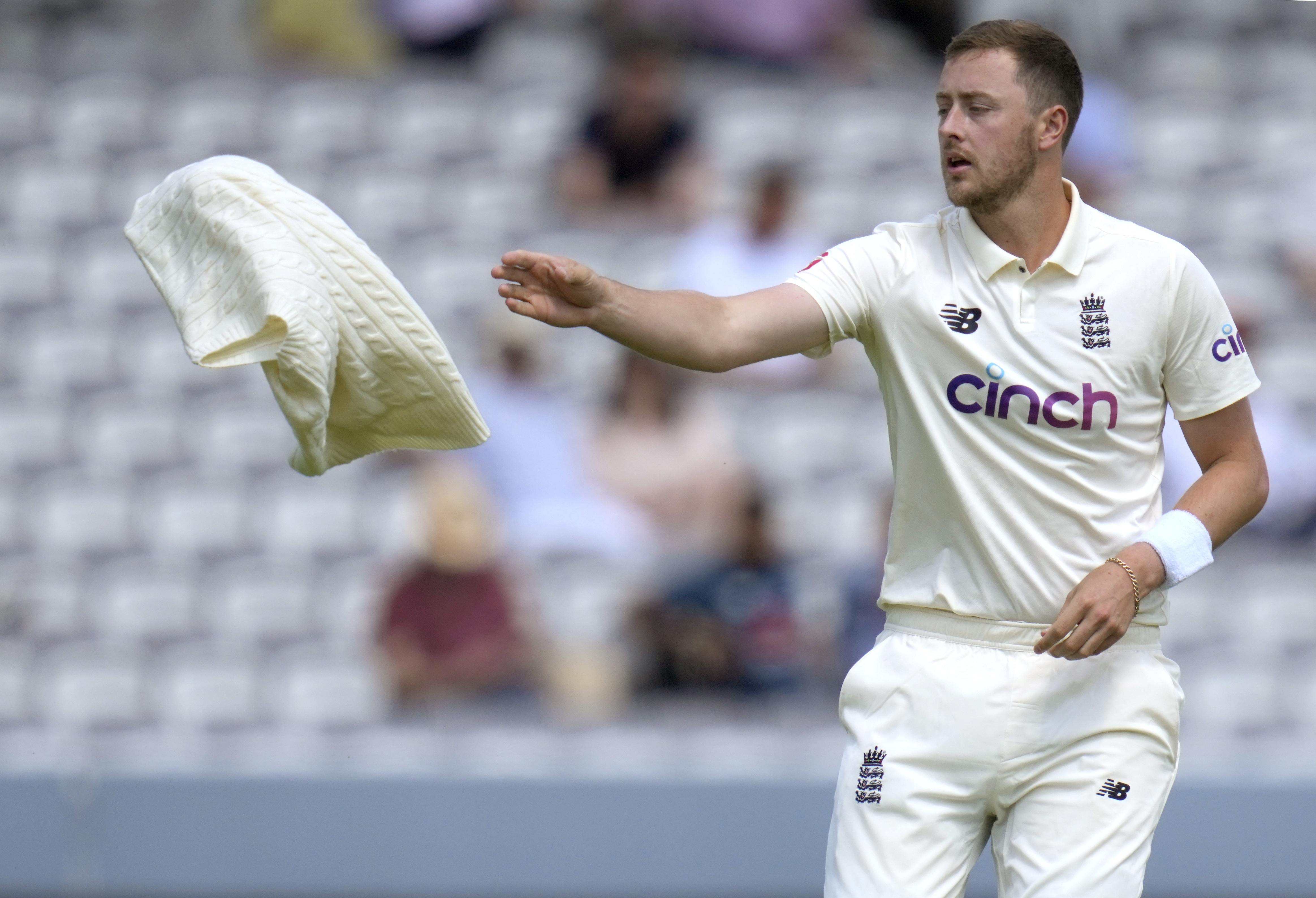 Overton was cleared of using racist language but found guilty of abusive language. He has since played four Tests.

Root said: “Ollie has learned a very hard lesson. He’s fronted up to the outside world and fronted up to us as a dressing-room. He has a lot of remorse that you can tell is genuine and dealt with a huge array of emotions.

“As a squad, we have to keep looking to be better and make the game as inclusive and diverse as possible.

“This team is committed to doing that. We’re not saying we’re perfect but there are areas we want to learn about and hopefully we can make a real difference.

“On the field, Ollie had an exceptional debut. He’s contributed well with the bat, his performances with the ball have been excellent. He showed high levels of skill and definitely has the game that can be successful in Test cricket.

“But the stuff that happened off the field is not acceptable within our game. We have to try to better the environment and make everyone feel comfortable to play a wonderful sport.

“I couldn’t believe the tweets but the most important thing is Ollie is part of this dressing-room and we had to support him. We had to give him an opportunity to learn and understand he has to do better.”

Root said the option of withdrawing Robinson from the First Test was not discussed.