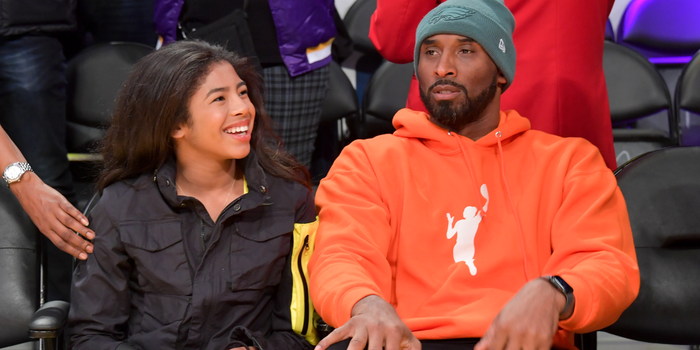 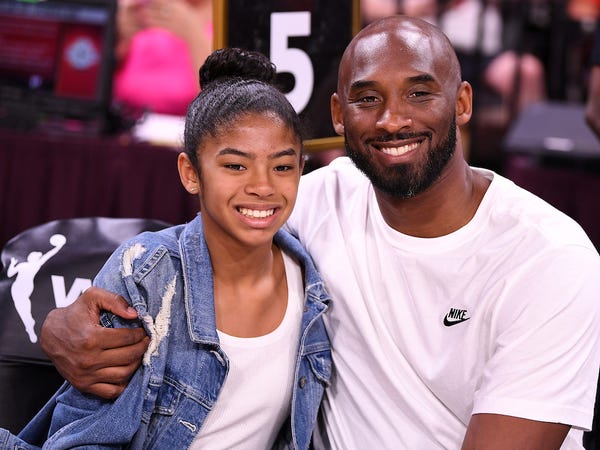 According to TMZ, the father-daughter duo was en route to the Mamba Academy in Thousand Oaks, California, for a basketball practice when Bryant's helicopter crashed. 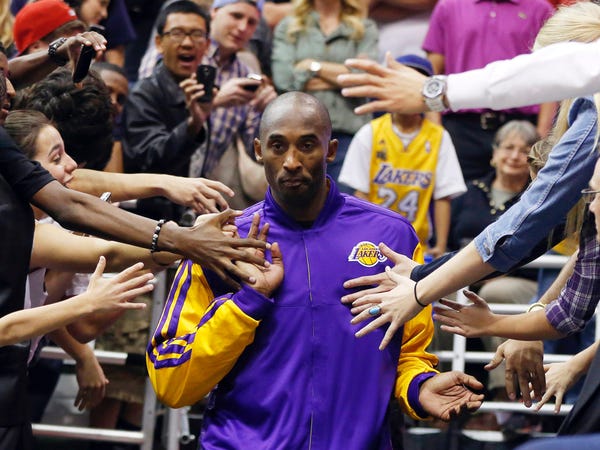 Kobe and Gigi shared a deep affection for the game of basketball, so it was only fitting that the Los Angeles Lakers legend shared his final public appearance with the heir-apparent to the Black Mamba basketball empire. 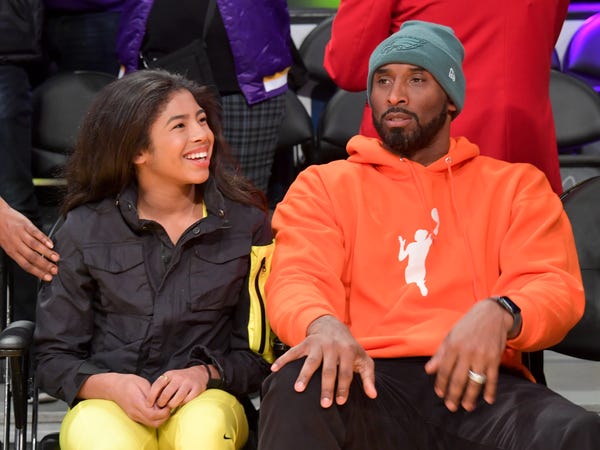 Gigi was present for many of the biggest moments in Kobe's illustrious career, and photos show her transformation from his young idolizer to his on-court mentee. 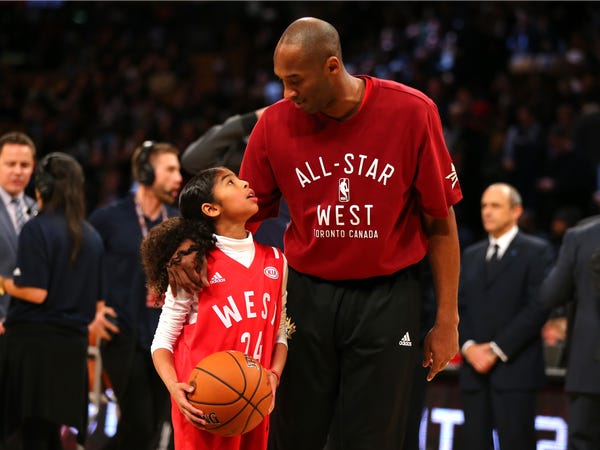 Gigi quite literally grew up watching Kobe dominate the NBA. From the time she was an infant, she could be spotted at Lakers games, watching her father transform from "dad" to "the Black Mamba." 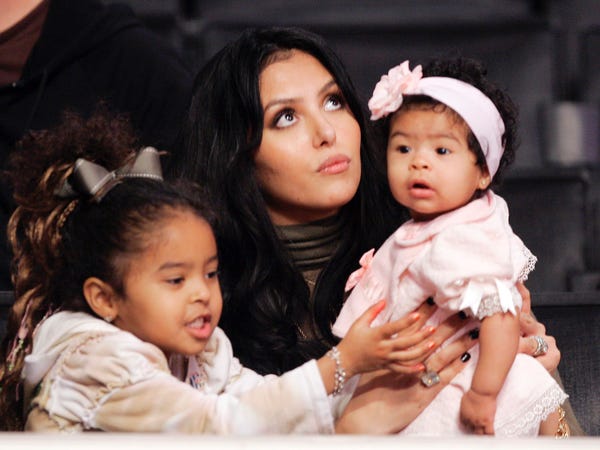 When Kobe was presented with his first and only NBA MVP award in 2008, Gigi was on hand at the Staples Center to celebrate with a kiss. 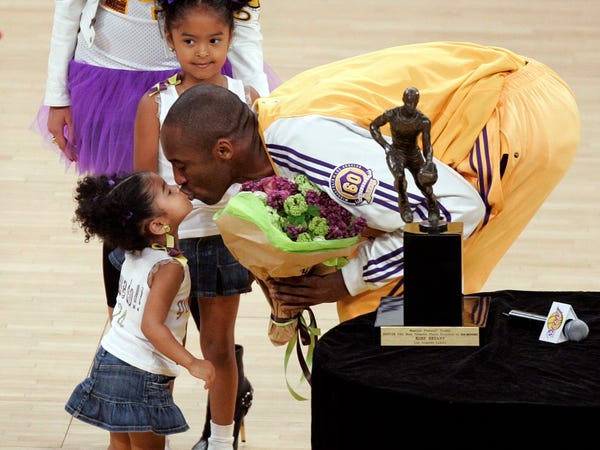 She beamed by her father's side at the official ceremony honoring him with the Maurice Podoloff Trophy. 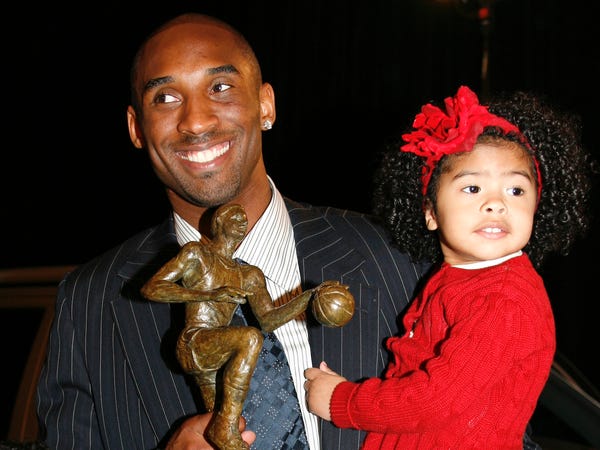 And the following year, a 3-year-old Gigi shared the spotlight with her dad as he won his fourth NBA championship and his first NBA Finals MVP award. 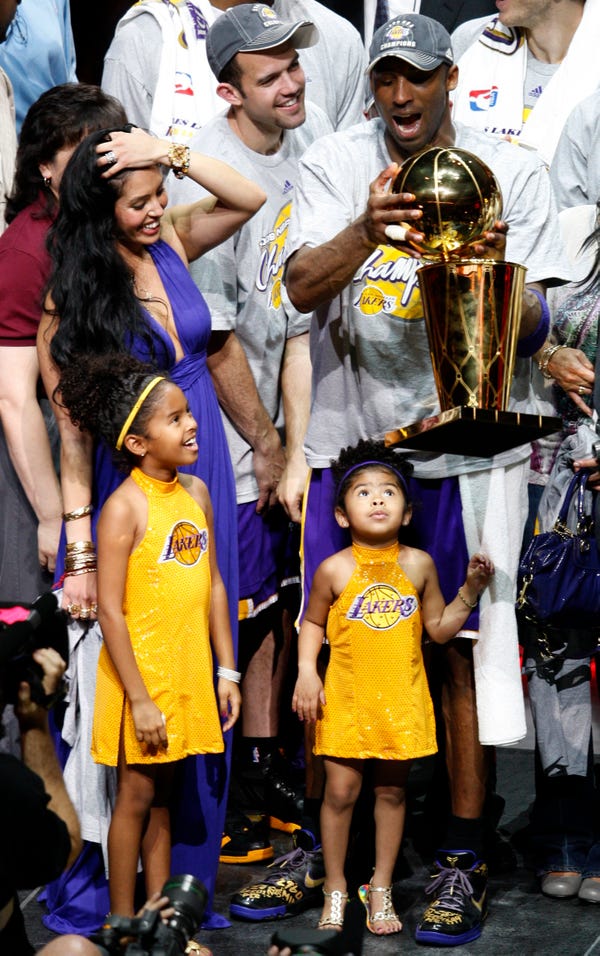 She and her older sister, Natalia Diamante, sat with Kobe during his post-championship press conference after he repeated the brilliant effort to win the 2010 NBA Finals — the fifth championship of his illustrious career — and earn his second-consecutive Bill Russell MVP Trophy. 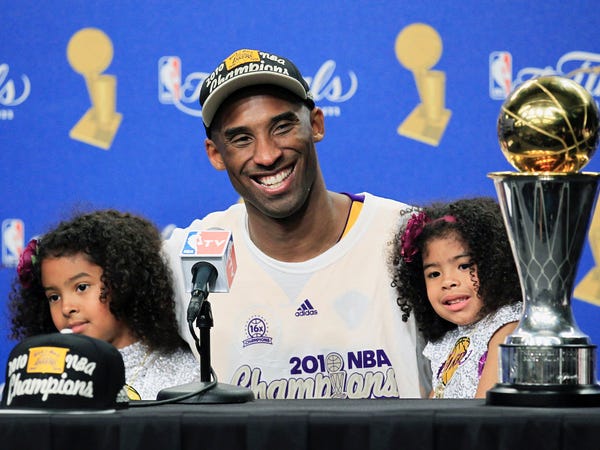 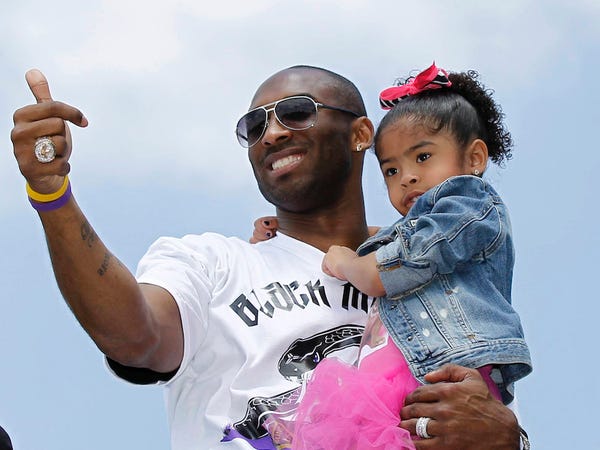 The Black Mamba won his fourth and final NBA All-Star game MVP award in 2011, and he gave Gigi a celebratory kiss afterwards. 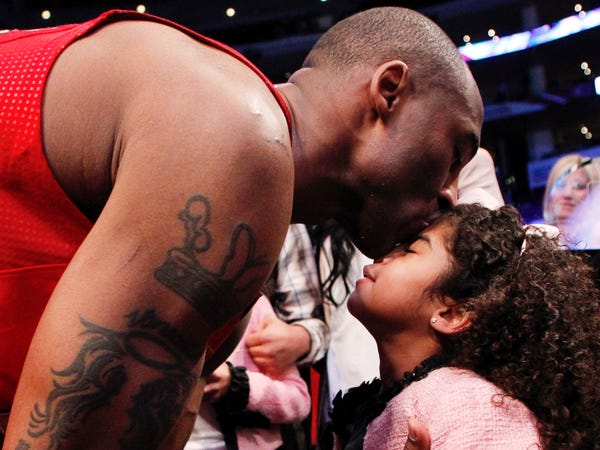 Kobe made sure to expose his daughter to other sports as well. They were spotted together at an NHL game in 2012. 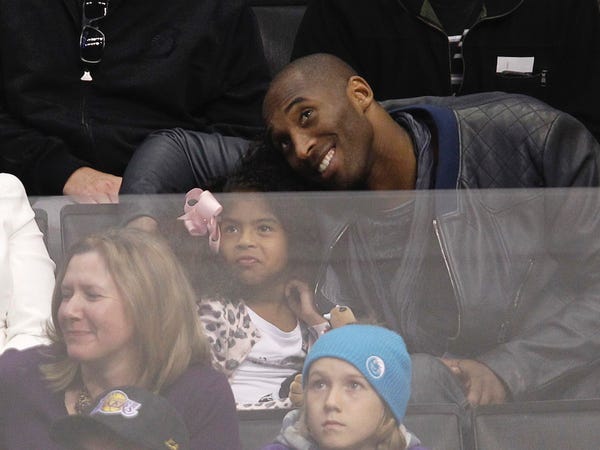 Later that year, they flew to London to watch the final night of swimming at the during the 2012 Summer Olympics. 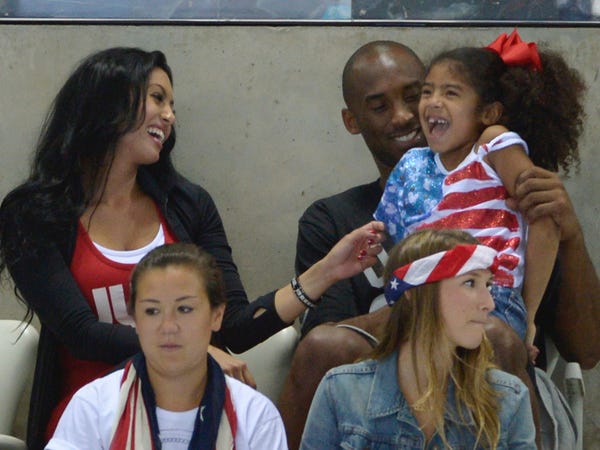 And, years later, they took in the 2018 USA Swimming Phillips 66 National Championships together. 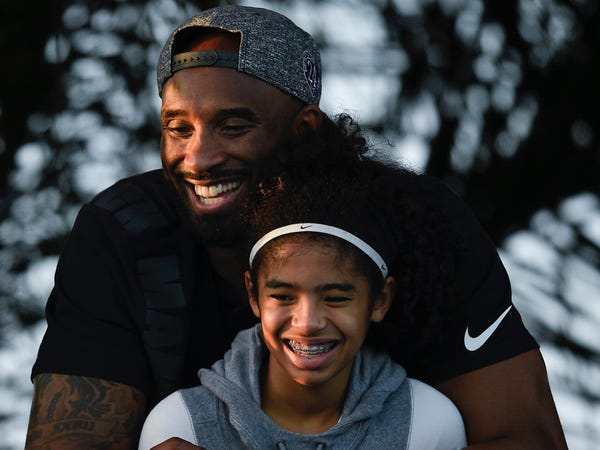 But like her father, Gigi only had eyes for basketball.

As she got older, Gigi became an active court-side participant at Kobe's games. She studied his movements and began to learn the game through his example. 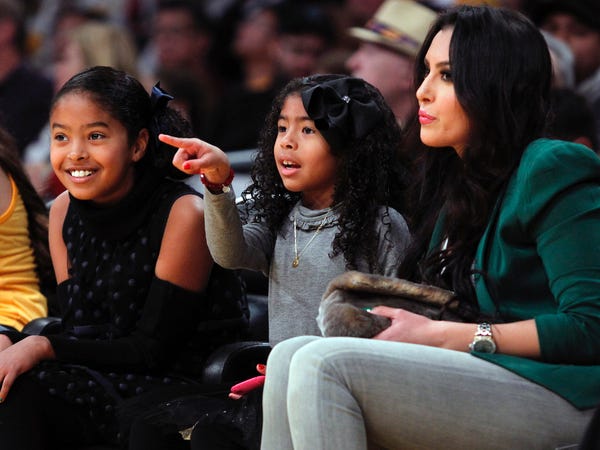 She continued to watch from the wings as Kobe went to work until his final game in a Lakers jersey. 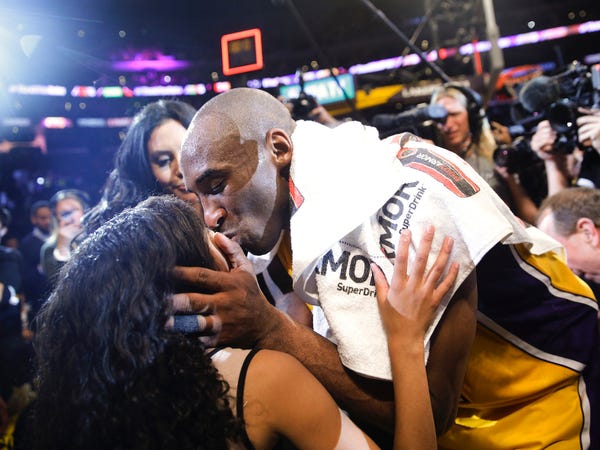 And as her father transformed from star to living legend… 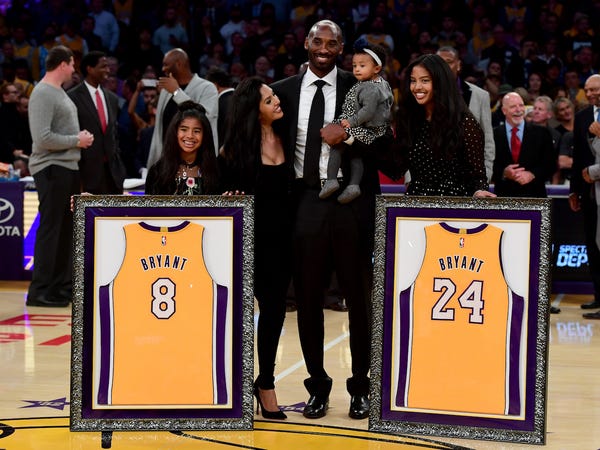 … his focus shifted from cementing his own legacy to supporting Gigi as she built her own. 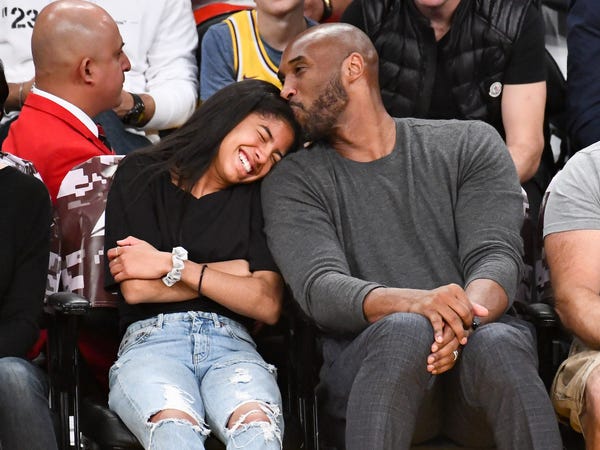 Gigi famously intended to one day follow in her father's footsteps and play professional basketball in the WNBA.

And videos of Gigi — dubbed "Mambacita" after her father — showed that she had the raw talent to make a name all her own.

And, over time, it appeared as though Gigi was resembling her father on the court just as much as she did off of it.

Over the past year or so of his life, Kobe was often spotted sitting courtside at NBA games with Gigi by his side. 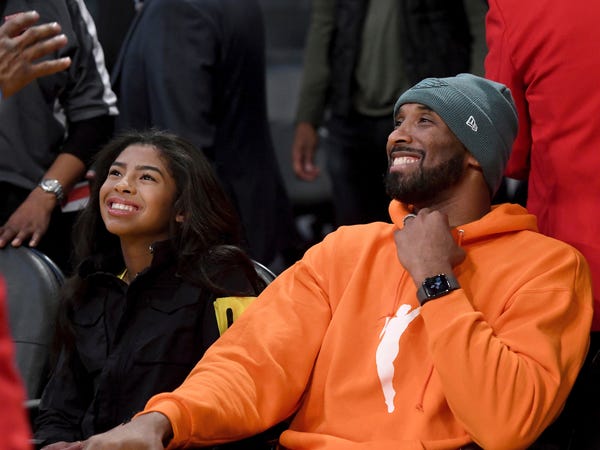 The Black Mamba revealed that Gigi was "hellbent on UConn" after Indiana Pacers legend Reggie Miller tried to convince him to send her to play college ball at UCLA. Unsurprisingly, Kobe and Gigi had watched Geno Auriemma's Huskies compete in-person. 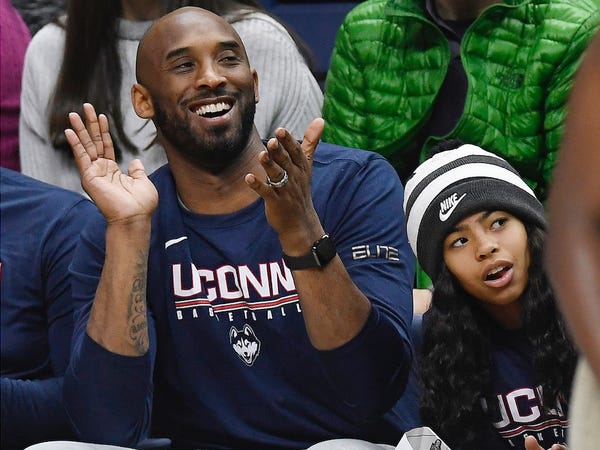 And it seemed as though Kobe was willing to do everything in his power to get her there.

Kobe's love and pride for Gigi may have been the only thing that outweighed his passion for basketball.

Tragically, neither would live to see their shared dream come to fruition. 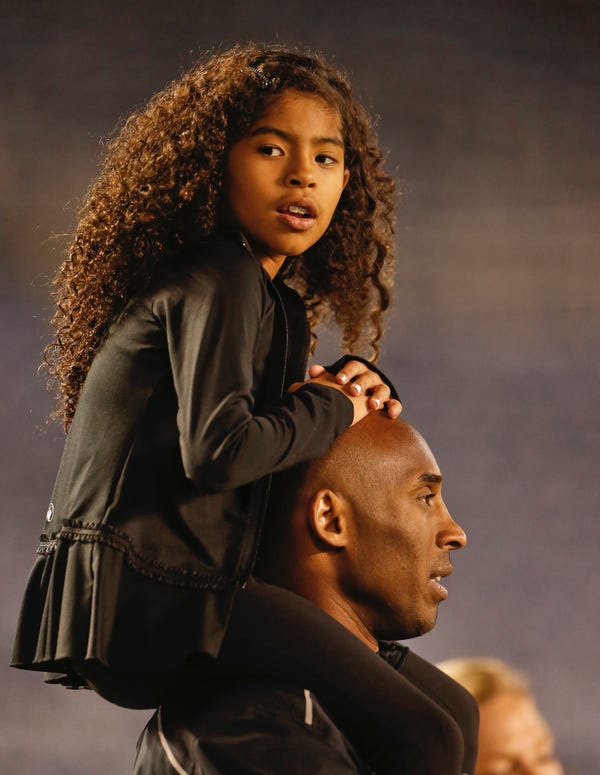 Now check out how the duo has been remembered throughout the sports world in the year since their death: 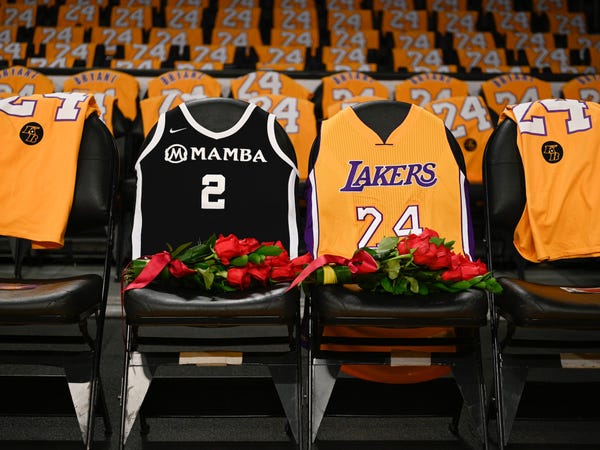 How teams, athletes, and leagues have remembered Kobe and Gigi Bryant in the year since their tragic death