PIERS MORGAN has been trolled for hailing Cristiano Ronaldo the Greatest of All Time after an old tweet emerged where the avid Arsenal fan sang the praises of Lionel Messi.

Portuguese superstar Ron, 34, has been battling it out with his Argentine counterpart for the crown of the world's best footballer for over a decade. 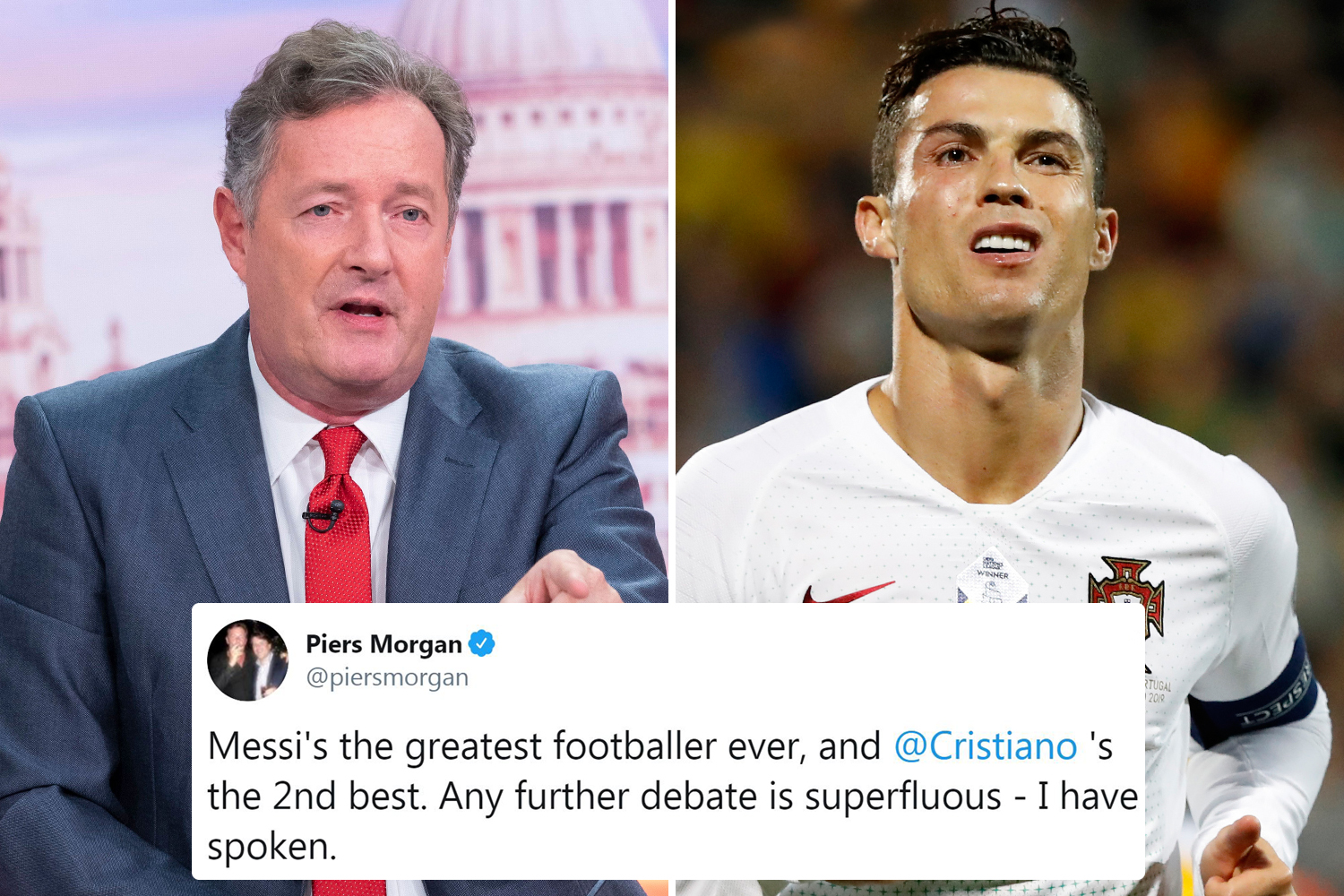 Both players share the record for winning the Ballon d'Or the most times at five-a-piece, with Luka Modric finally ending their dominant ten-year run of winning the sport's top individual prize last year.

Messi recently got one over his rival by scooping the UEFA forward of the year, but Ronaldo has now fired back on the international stage.

The Juventus star netted his EIGHTH hat-trick for Portugal as he bagged FOUR goals in his country's 5-1 Euro 2020 qualifier win over Lithuania.

His heroics meant he is now just 16 behind Iran legend Ali Dael's incredible record for most international goals with 109 strikes.

"People can argue about whether he or Messi is the greater player at club level (I’d take CR7 every time) but when it comes to international football, Ronaldo is indisputably the G.O.A.T."

A quick search of Piers' twitter will find a flurry of similar complimentary tweets about the former Manchester United winger in the last few years.

But an old post from 2012 has emerged where the ex Britain's Got Talent judge argued that Messi deserved to be dubbed the undisputed best.

He wrote: "Messi's the greatest footballer ever, and Cristiano's the 2nd best. Any further debate is superfluous – I have spoken."

And fans were quick to point out that Piers had changed his tune, replying: "Twitter doesn't forget!"

Another added: "Double standards", while a third wrote: "He is fake. Let me even unfollow him, he knows the truth and he keeps on changing."

However, one supporter argued in his defence, saying: "He has seen the light now."

Despite never-ending comparisons between the two, Ronaldo recently revealed how much he admires Messi and hopes they can dine out together once they finally call time on their illustrious careers.