‘My feeling is today I am little bit more than Ashleigh Barty’: Naughty Rafael Nadal belittles women’s world No 1 over Centre Court row

When the arms have turned to spaghetti and the legs jelly, the last man you want to see on the opposite side of the net is Rafael Nadal. Joao Sousa discovered that in defeat on Monday.

Less than 48 hours after an exhausting four-hour five-set encounter with Dan Evans, world No 69 Sousa was chewed up and spat out by the ruthless world No 2. 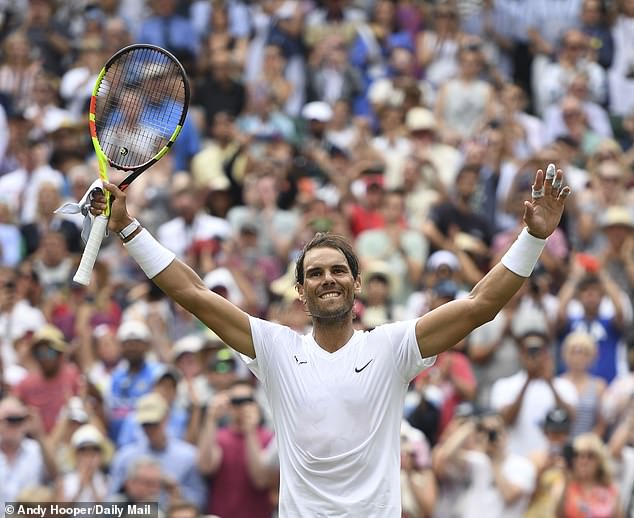 Considering how predictably comfortable this was, Nadal was asked afterwards whether he felt it was right that he opened up Centre Court while Ashleigh Barty was relegated to Court No 2.

Barty, beaten on Monday, was top seed and world No 1. ‘I am the world No 2 and I won 18 Grand Slams,’ Nadal said in response. ‘My answer is not no or yes. My answer is they make a decision.

‘You are putting Ashleigh Barty in front of me. For me, both decisions are good.

‘In the world of tennis today, honestly, my feeling is today I am little bit more than Ashleigh Barty, even if Ashleigh Barty is the first player of the world and she already won in the French Open and she is playing unbelievable good.

‘But we can’t create polemics every single day about decisions that they have to take. At the end of the day they have to make a decision.’ 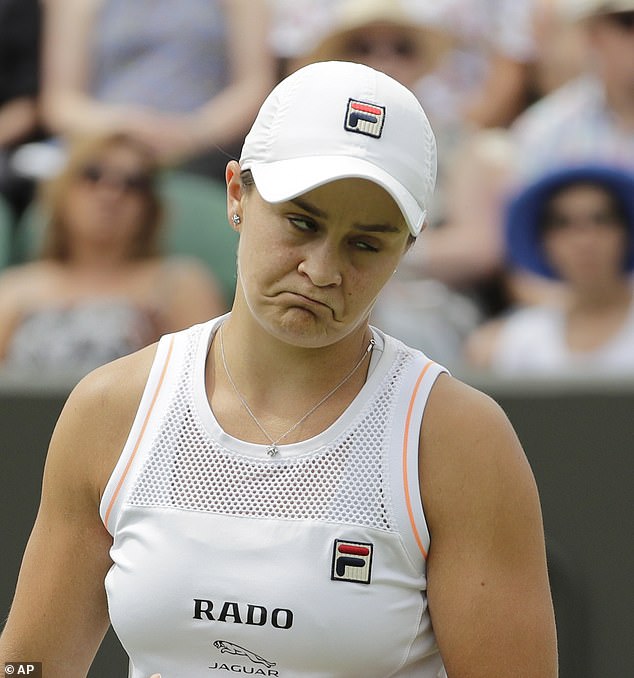 Right or wrong, the Centre Court crowd witnessed a masterclass from the King of Clay who is clearly enjoying the unusually slow conditions of the All England Club courts.

‘Vintage Nadal on grass,’ was how BBC commentator Boris Becker described it. Indeed it was, and this was a message for Messrs Federer and Djokovic, the top two seeds.

‘I am in quarter-finals, I have been playing good matches, and today was another good one,’ said Nadal, who last won Wimbledon in 2010. ‘That gives me confidence.

‘Now starts the most difficult part of the tournament. Querrey is going to be there in front of me. That is going to be a big challenge. I hope to be ready for it.’

At 6ft 7in, Querrey will indeed be a ‘big challenge’. He is the only player at these Championships to have hit 100 or more aces, so you can guess how he could hurt Nadal.

Yet the Spaniard appears to be on a level of his own, and Sousa never stood a chance.

Nadal had a 4-0 lead inside the opening ten minutes of the match. As one spectator on Centre Court shouted in jest: ‘Serves him right for knocking two Brits out!’

Sousa had seen off Paul Jubb in the first round then Evans in the third and looked leggy. He lost the opening set 6-2 in 29 minutes, then the second set 6-2 in 38.

In the third and serving for the match, Nadal held to love, finishing with an ace and moving into Wimbledon’s quarter-finals for the seventh time in his career.