And the Real Madrid president hit out at Uefa and other football bigwigs for 'terrible aggression' and an 'orchestrated' attack on the plans – which he says would have SAVED football. 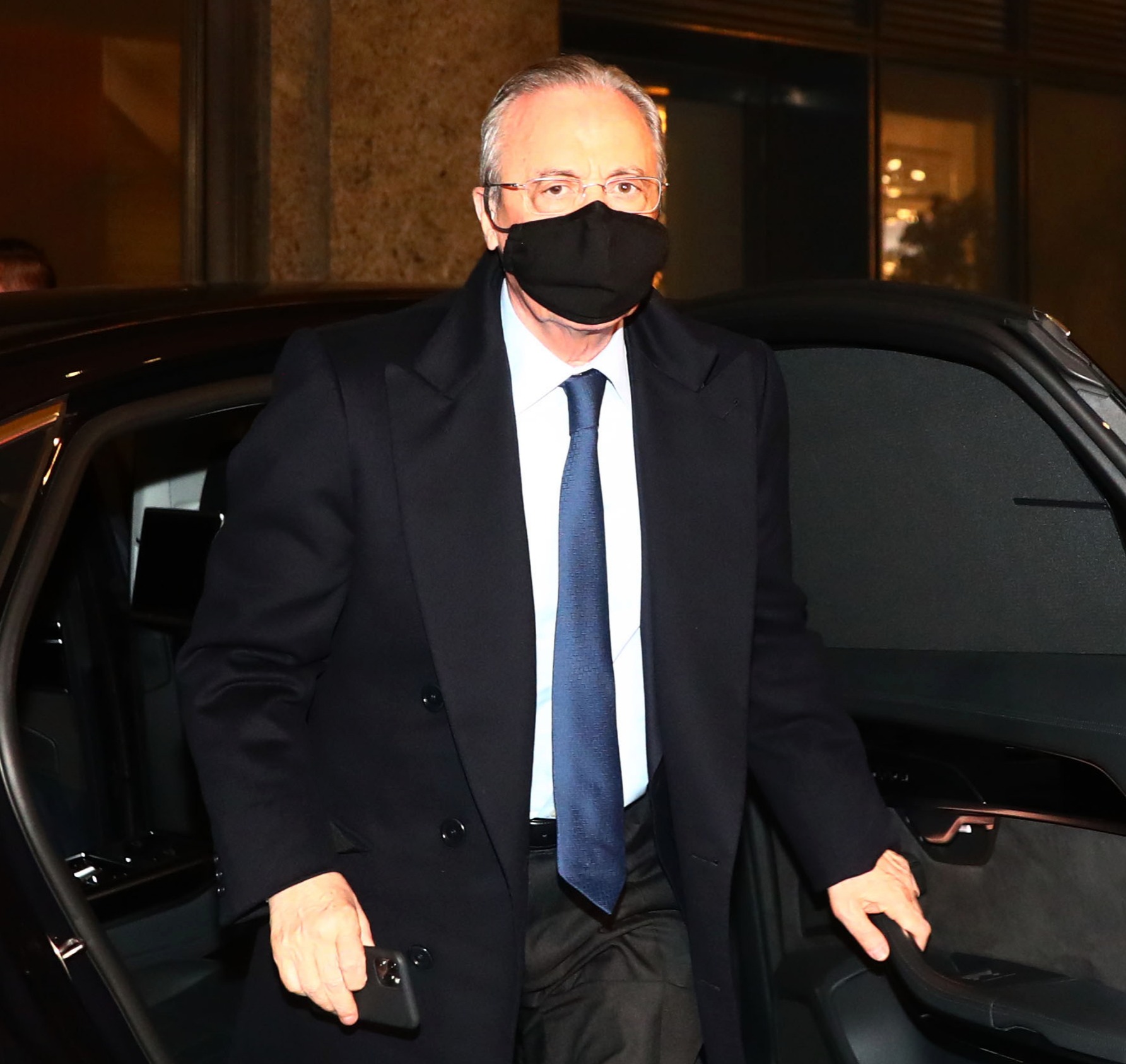 The ESL spectacularly fell apart in just two days of chaos when all six English teams quit on Tuesday night amid a massive backlash.

Newly re-elected Real boss Perez has been one of the most vocal supporters of a breakaway league and was set to be its president.

Now he claims that no clubs have actually left the European Super League… and he insists it can still happen despite the uproar.

Speaking on Spanish show El Larguero, he said: “The founder clubs believed in this project. It is not dead. We will keep working.

"Nobody has yet paid the penalisation fee for leaving. We are almost all still in this, they have not left yet.

"The important thing is that the big teams play each other, so the kids will watch football.

“The contracts are signed by serious people, businessmen who know this world. We agreed last night to wait and to try and explain better, and we are open to other ideas.”

The Super League shambles was condemned globally with fans joined by football execs and even politicians such as Boris Johnson and royalty in Prince William.

Perez hit out at Uefa for their reaction and for the 'manipulated campaign' that domestic leagues were going to be killed by the European Super League.

He said: “There was a campaign, totally manipulated, that we were going to finish the national leagues. That we were ending football, it was terrible. But we were working for football to survive.

“I have never seen aggression greater on the part of the president of Uefa and other presidents, it was orchestrated. I've never seen anything like it – insults, threats, as if we had killed someone, killed football. It was like we had thrown an atomic bomb.

“The problems is they killed us the very next day, with terrible aggression. We have made some mistakes for sure. But they knew what we were going to do, and were waiting for us. Those who do not want to lose their privileges.

“The English PM said things, then the fans and people wanted to damage us. But when all this passes, and we see the reality, lets see what happens. These clubs are going to lose millions of euros, and cannot do that, apart from those in England.

"There are people with privileges who do not want to lose them, and are willing to run clubs, although when the clubs are ruined they will lose their privileges.” 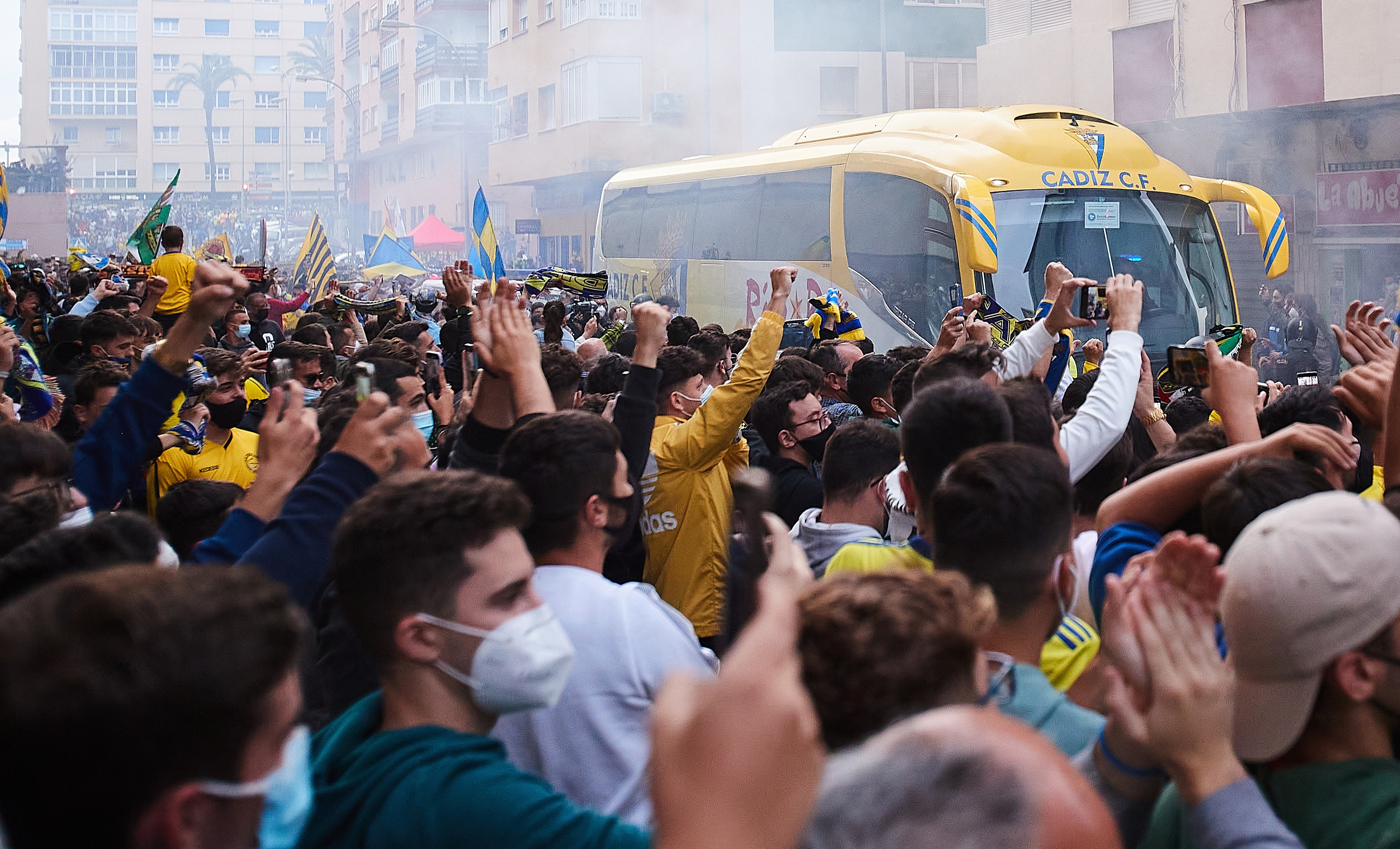 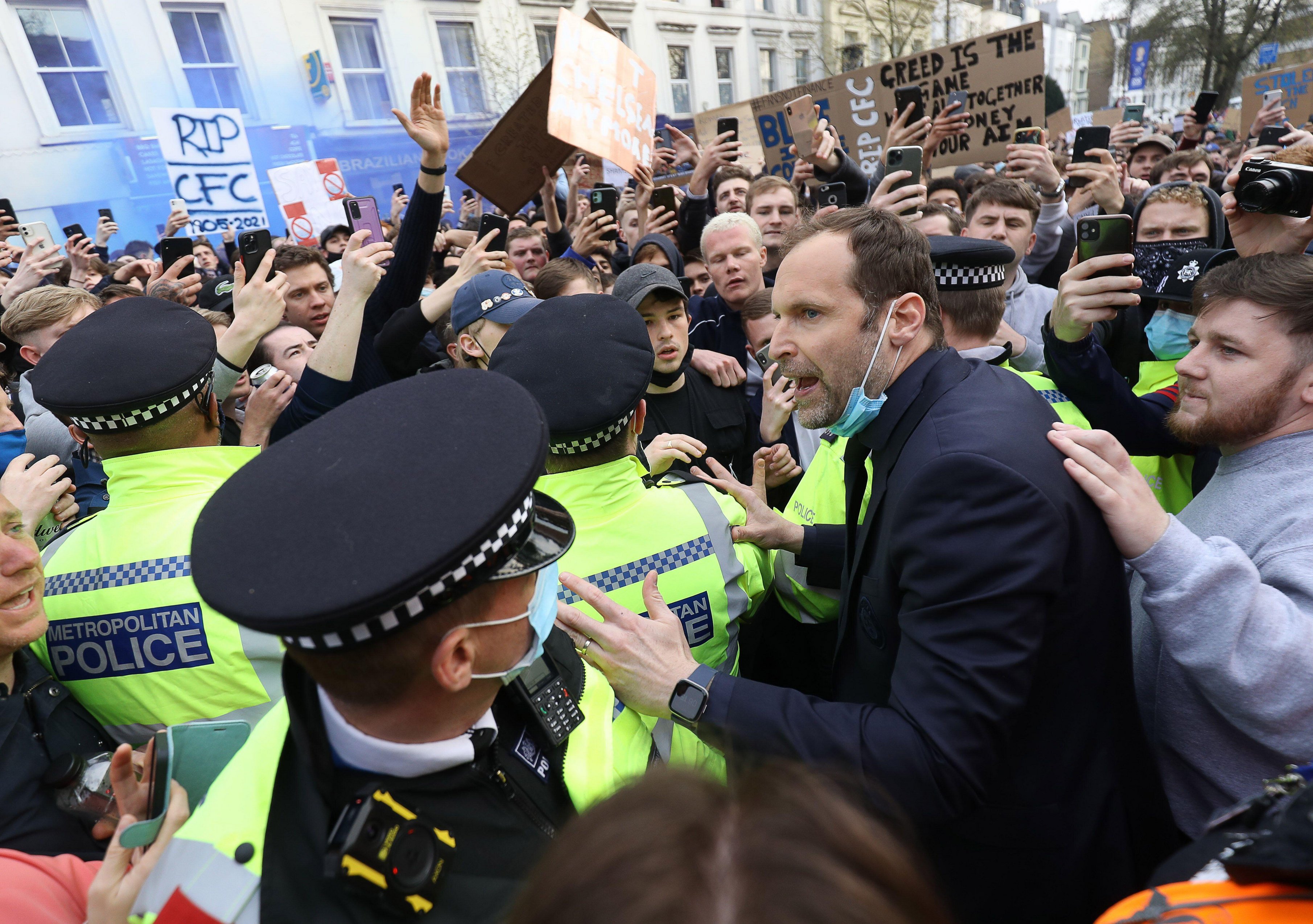 Manchester City were the first English team to withdraw on Tuesday with Chelsea close behind.

Liverpool, Manchester United, Arsenal and Tottenham all followed within minutes of each other later that night.

There were widespread protests at football ground around the country – including at Chelsea where Petr Cech was seen remonstrating with fans.

Yet Perez reckons demonstrations were STAGED.

Perez, 74, said: "Who brought those Chelsea fans to protest? Someone moved them – just like here someone gave Cadiz jerseys (against Super League).

"There were only 40 Chelsea fans, and I could tell who brought them."

The Real chief continued: “There was someone in the English six clubs who did not have much interest. That started to affect the others, there was fear. One of the English clubs was never really convinced.

“The English clubs tried to do something, but they were being told they were killing football. But there is no other solution than the Super League."

And, despite everything, Perez insists that the European Super League would've SAVED football despite creating a cartel of big clubs guaranteed extra money and entry every year.

A big guy wears a big suit, a small guy wears a small suit. Everyone has to be comfortable with the suit they wear.

“This is a pyramid, and the money runs down, there would be money for everyone. If Nadal plays Federer, everyone watches, if Nadal plays the number 80 in the world, nobody watches.

“Football is maintained by the biggest clubs – it always has been. Cristiano vs Messi was great, not just for Madrid and Barca, but for Spanish football, and football in general.

“There are games that nobody watches – the truth is I struggle to watch them. In Spain, in England, in Italy.

“In general, there will not be big transfers this summer. When money does not flow from the rich clubs to the poor clubs, everyone suffers.

“A big guy wears a big suit, a small guy wears a small suit. Everyone has to be comfortable with the suit they wear.

"And the reality comes from the TV viewer figures. This is not capricious, I am just trying to help.”