REBECCA WELCH picked up a referee’s whistle 11 years ago at 27 after being dared to do so by a friend.

And now the Sunderland-based former NHS worker is set to enter the history books as the first woman to take charge of a men’s English Football League fixture. 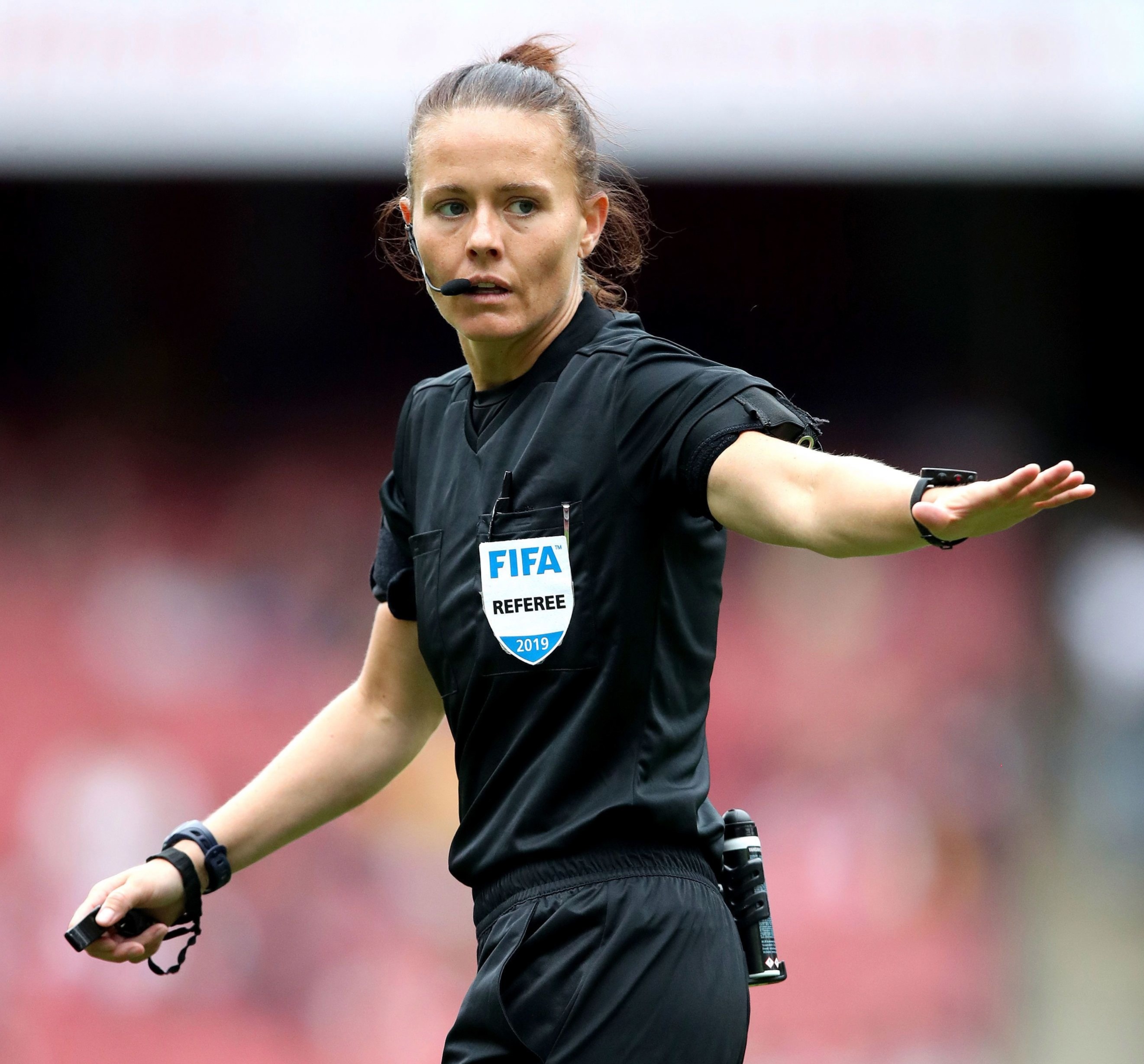 Harrogate Town’s League Two Easter Monday clash with Port Vale will see Welch take on one of her most significant match officiating challenges yet.

Welch, 37, jokingly told Sky Sports: "A good game on Monday is, by 10 to five (o'clock), they're talking about the game and not about the ref.

“I like] the games when nobody remembers who the ref is.”

Who is Rebecca Welch and how she did become a referee?

Welch, who is originally from the town of Washington, took up match officiating while still working in the health service.

She earned her qualifications as an official through Durham County FA

The former NHS admin officer, who has played football since childhood, started her life as a ref in university football clashes and Sunday League games.

And while the college football encounters involving teams of female students was a “doddle” her experience of refereeing men’s Sunday division fixtures was less straightforward. 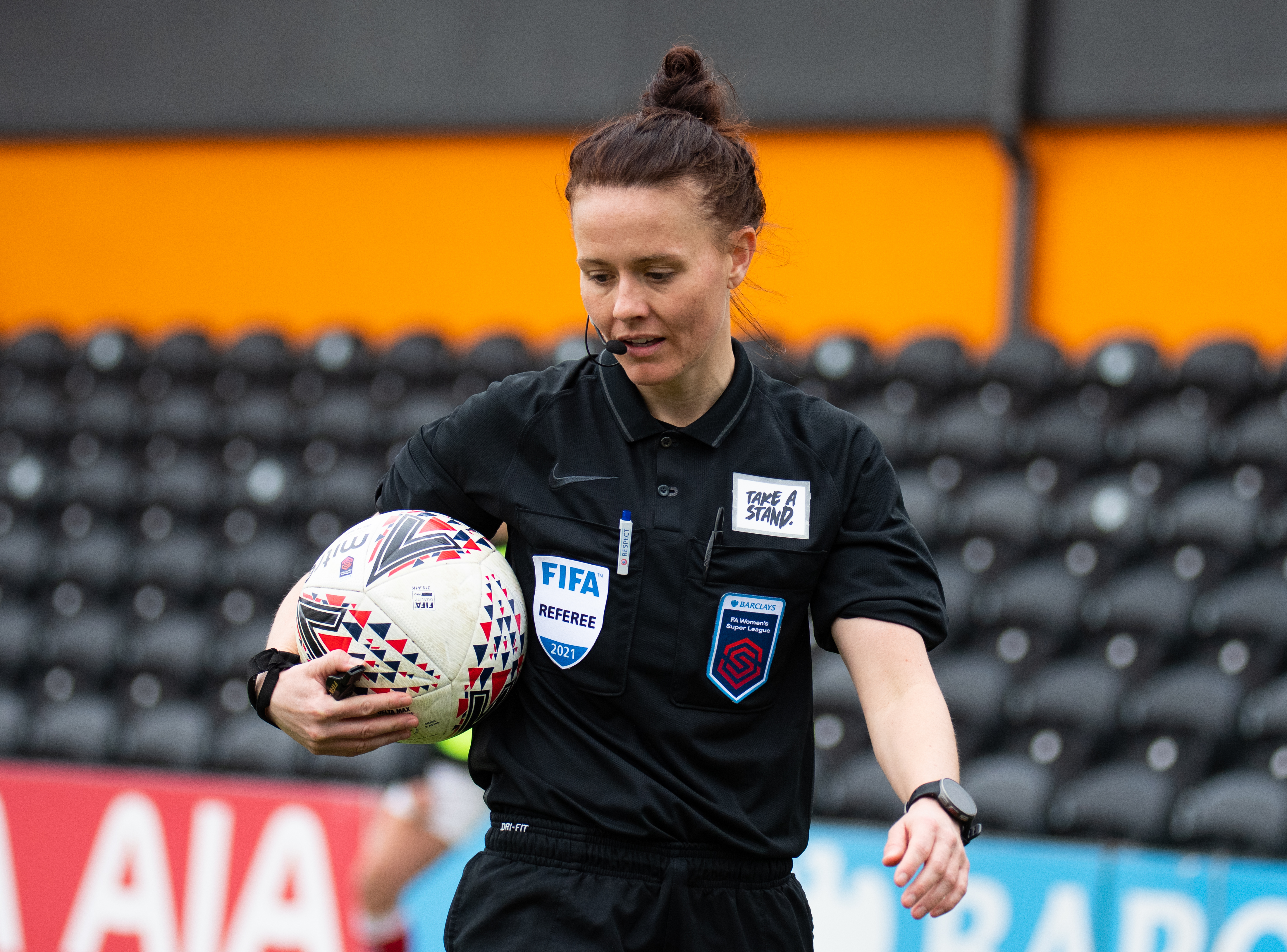 Welch told the FA’s web site: “I played football and didn’t even think about refereeing until one of my really good friends, who is a referee, refereed us.

“I spent the whole game telling her how to do her job!

Her response was, ‘If you think it’s that easy, give it a go. That’s how it happened and years later here I am.

“The first couple (of matches) I did were women’s university games and the players weren’t really that bothered about so it was a doddle.

“Then the third game I did was Sunderland Sunday league football and it was a completely different kettle of fish.

“That took some getting used to but I am so grateful for the grassroots football experience because I never would have got to where I am now without it.

“Sometimes I used to go home and chuck my bag down and I’d tell myself I’m never doing it again but you soon realise that not every day is going to be a good day in the office – it’s just like anything else.

“I had to analyse my performances and work out what I could do to improve and that’s something I really enjoy.

"I’ve been doing this for more than ten years now and I guarantee that the good days will far outweigh the bad ones in the long run.” 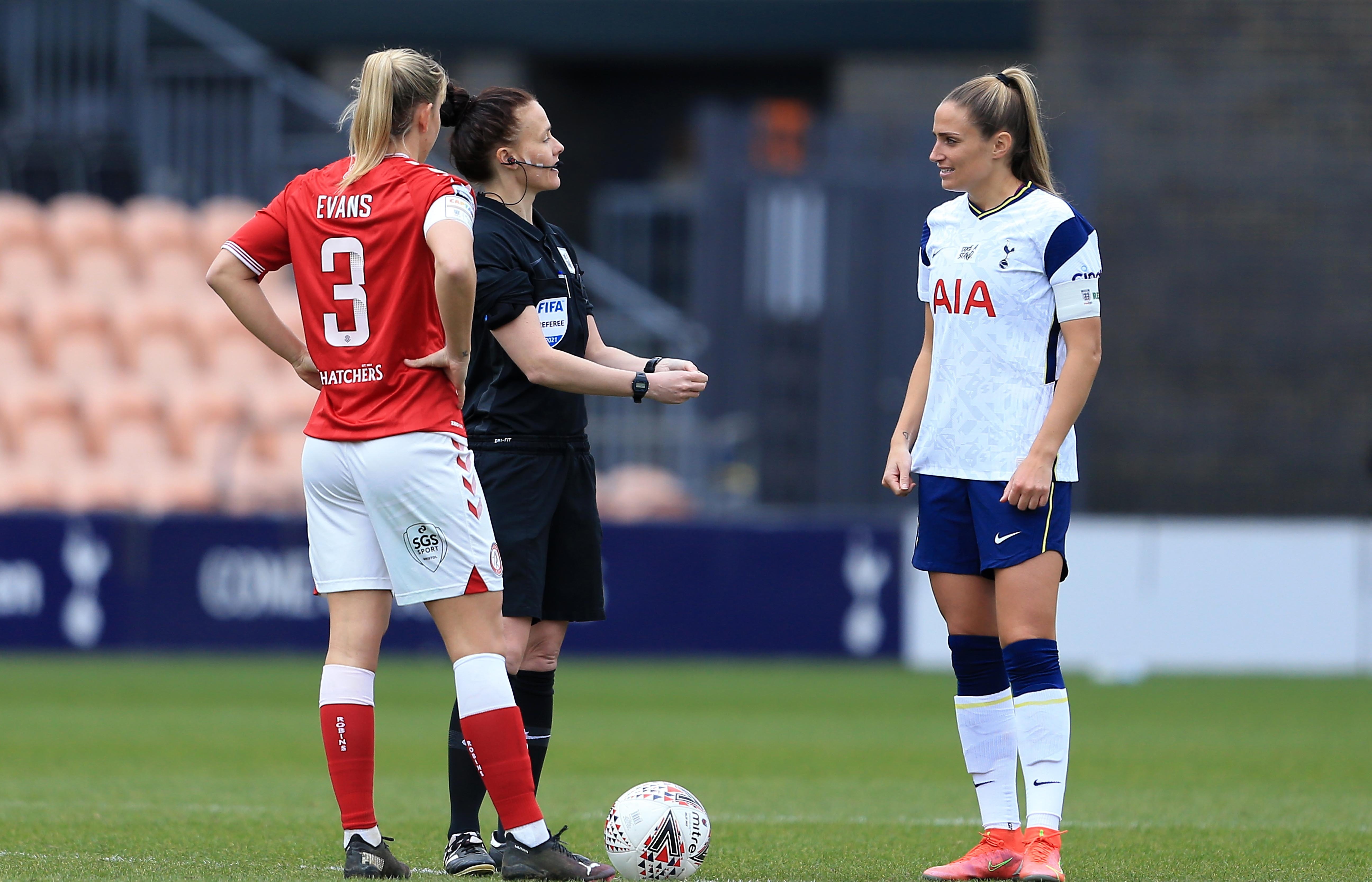 Rise to the top

Welch eventually worked her way into the higher echelons of match officiating becoming part of an elite group on Fifa’s international list.

The Sunderland-based administrator also made her mark on the women’s game covering domestic and international encounters.

In addition to refereeing the Women’s FA Cup final twice, in 2017 and 2020, Welch has officiated in the men’s National League for three seasons and taken charge of WSL, Women’s Champions League and international clashes.

And she has been selected to oversee Harrogate’s clash with Port Vale following an ongoing review of her performances this season and official approval from referee chiefs Mike Riley and Mike Jones.

The Washington-based ref is reported to be among the individuals included within the Professional Game Match Officials top group of referees.

Welch added: “I’ve always said, through all my promotions, I want to be appointed because I am in the top 10 match officials on that list.

“I never want to be appointed based on anything else. I’ve got faith in the system, and I’ve been rewarded.” 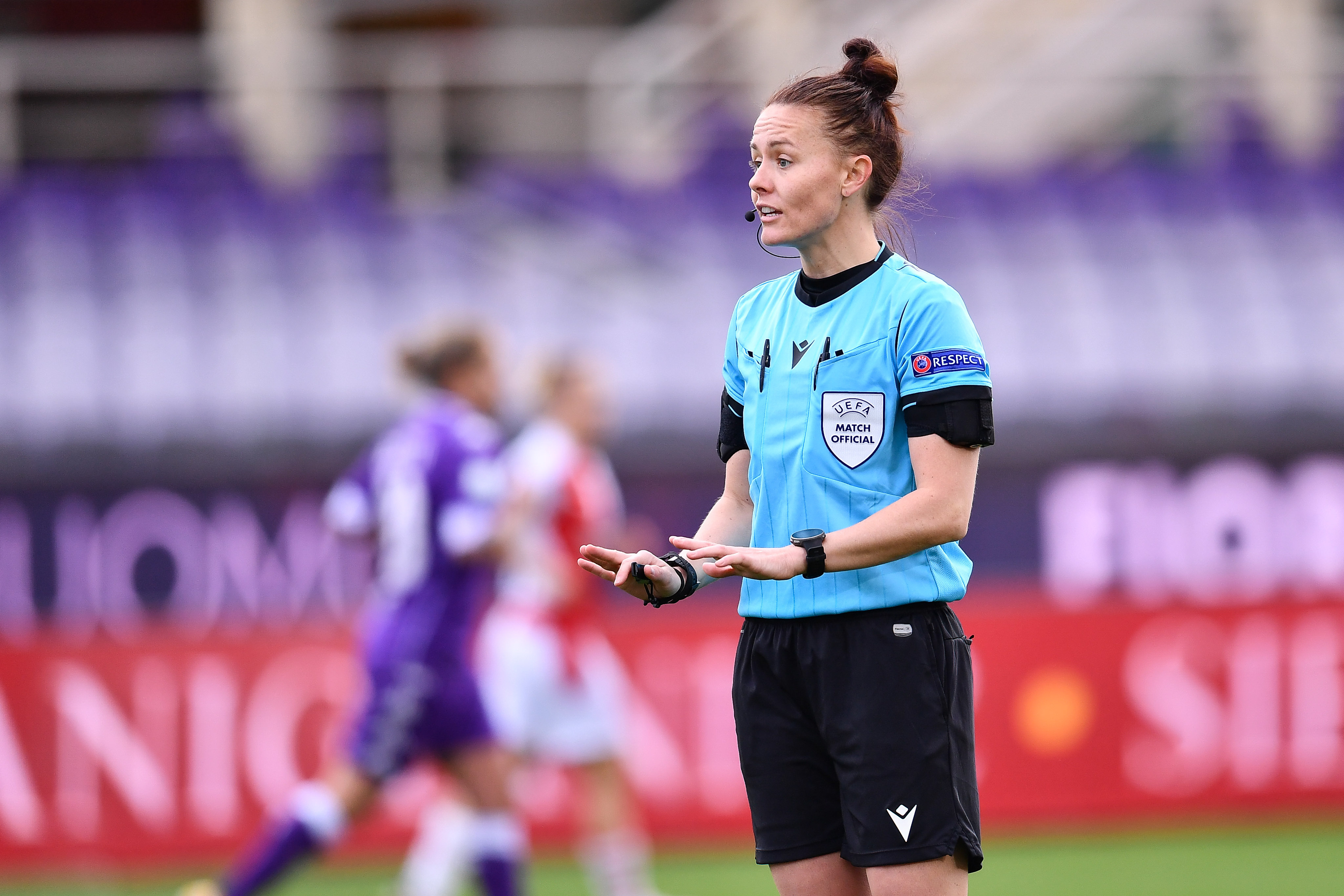 What next for Welch

Welch, who took charge of the 2020 Women’s Community Shield duel which saw Chelsea beat Man City, wants to be considered for selection for the 2022 Euros and 2023 World Cup.

The football official who describes Sian Massey’s efforts as a Prem assistant referee as “amazing” hopes to one day see a woman take charge of a Premier League fixture.

And Welch remains open-minded on the challenge falling to her or another breaking through the glass ceiling.

I've been very lucky that I turn up and they don't see me as a female referee, they just say, 'Rebecca's here and she's the ref today' so that's quite nice.

And she counts herself lucky not to have encountered any abuse or sexist behaviour so far in her career.

Welch told Sky Sports: "I've got no doubt, in the next 10 to 15 years, we will see a female referee in the Premier League.

“I don't really try to focus too much on the future, I always take one game at a time.

“In the men's game, my next promotion would be the Football League.

“If I finish in the top one or two per cent at the end of the season, I put myself in a position to be selected. I've got to keep on performing, achieving those marks, to get those rewards. 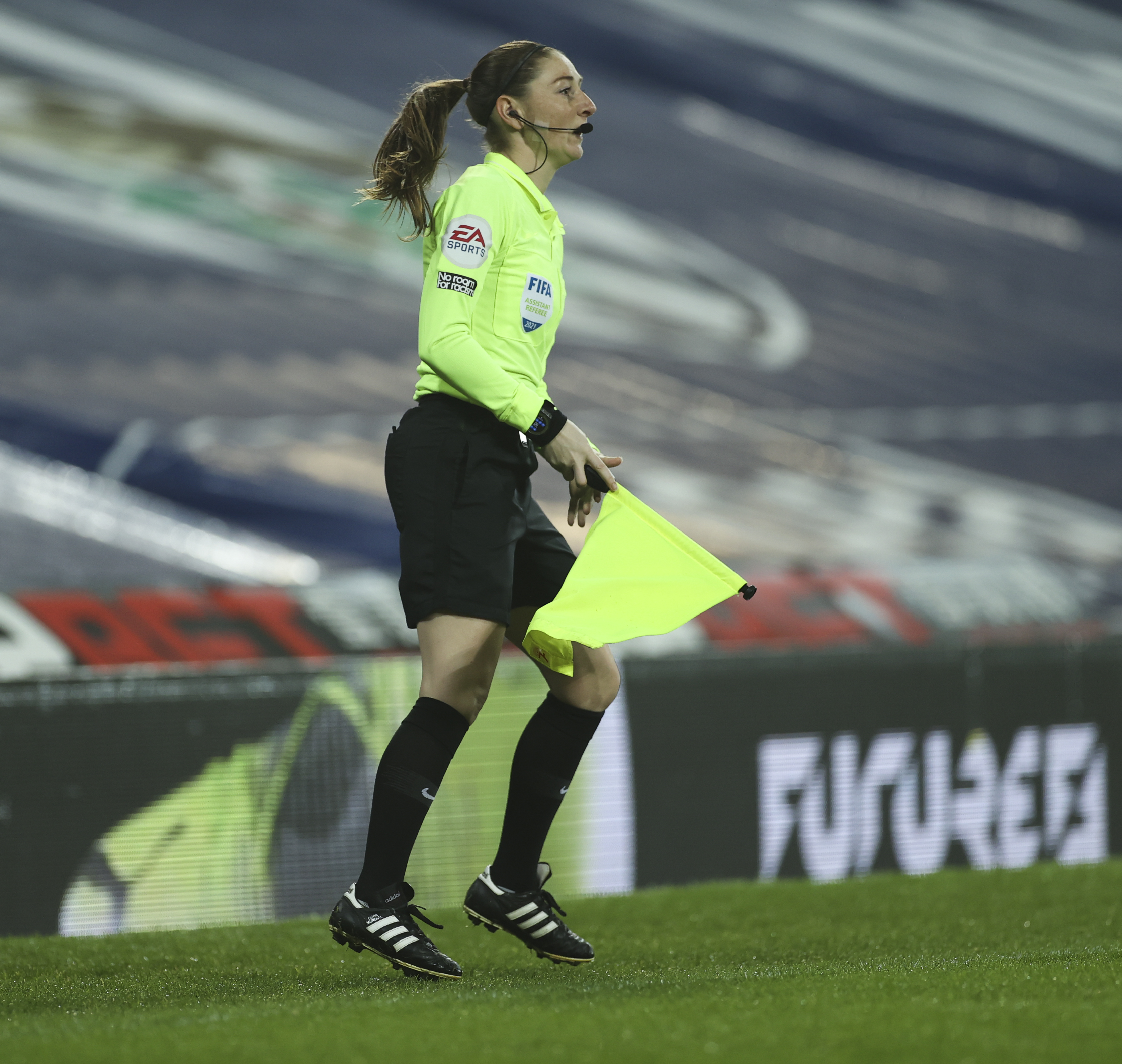 “I've received criticism for my refereeing, and that's part of football.

“But I've gone through the men's pathway and I've never experienced anything like that (abuse) because I'm a female referee.

"I'm aware that not everybody is as fortunate as me and I'm aware it does happen.

"We need to keep on educating people, about how it makes that person feel.

“I've been very lucky that I turn up and they don't see me as a female referee, they just say, 'Rebecca's here and she's the ref today' so that's quite nice.” 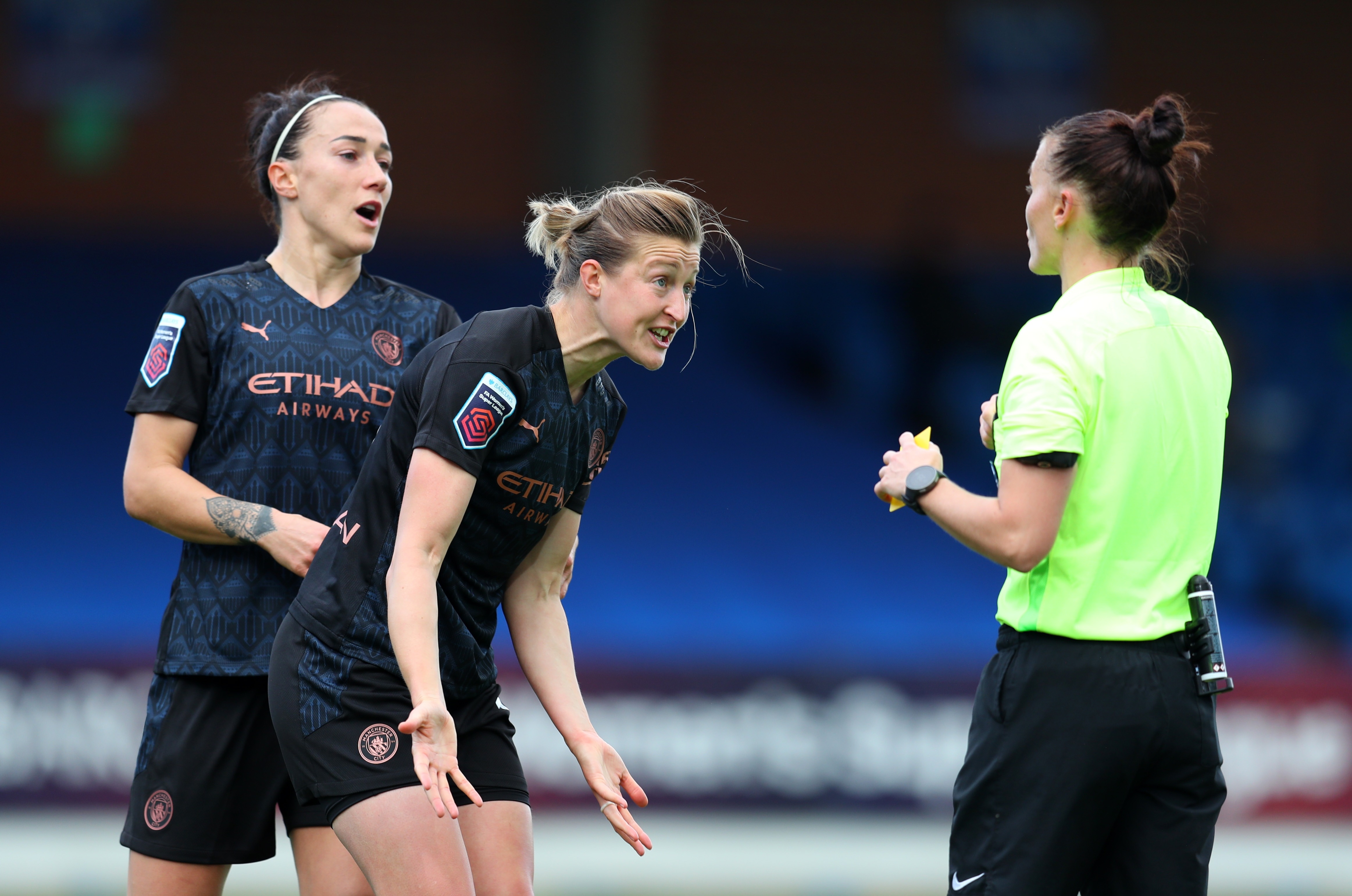